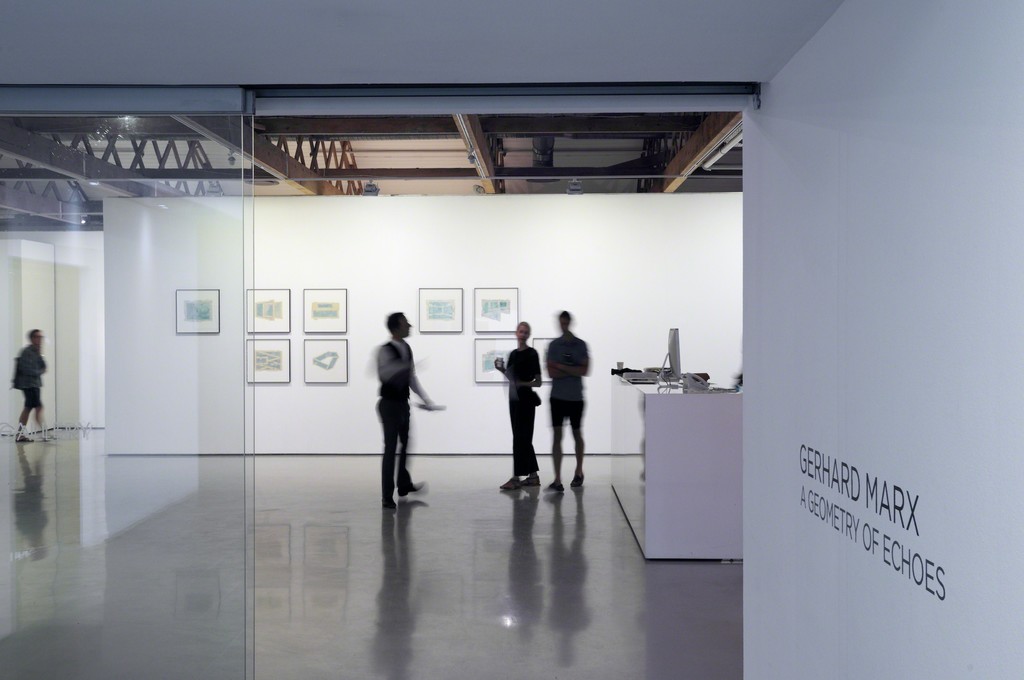 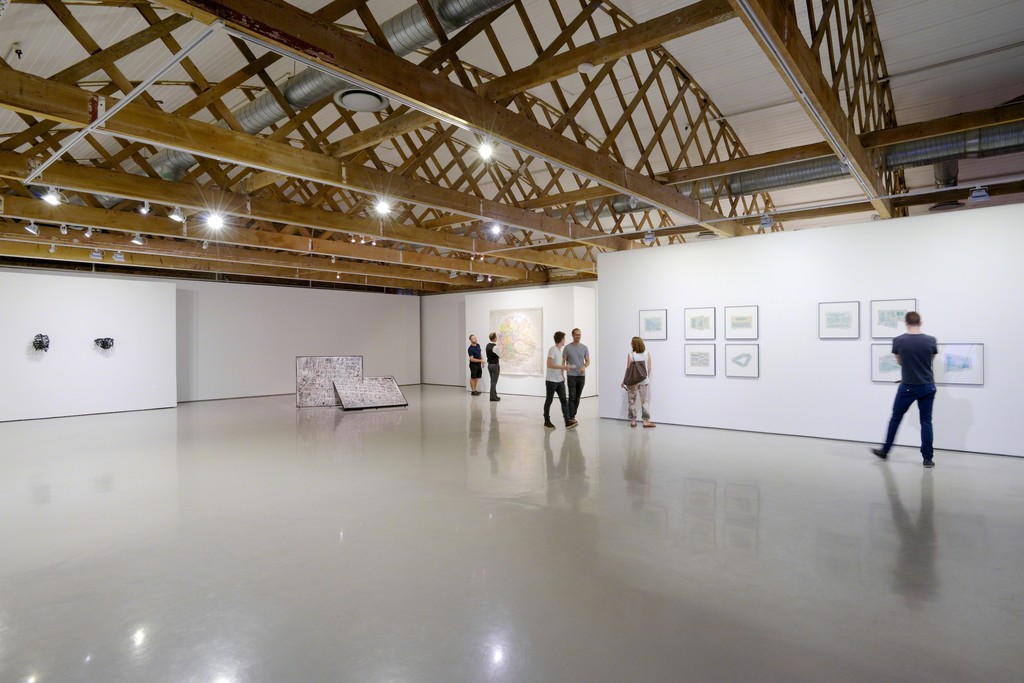 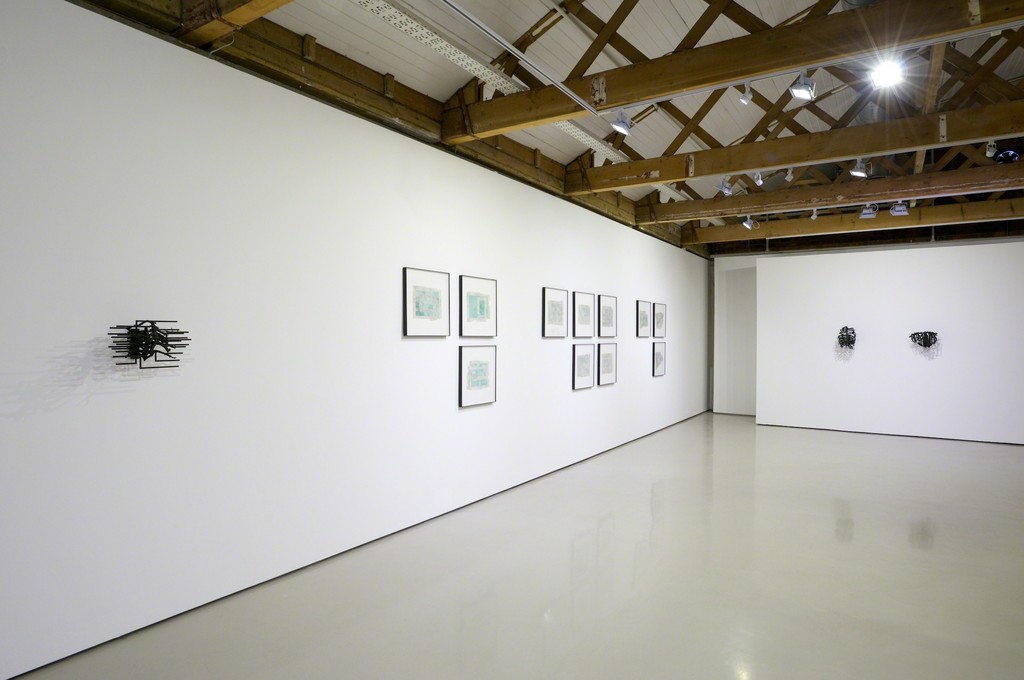 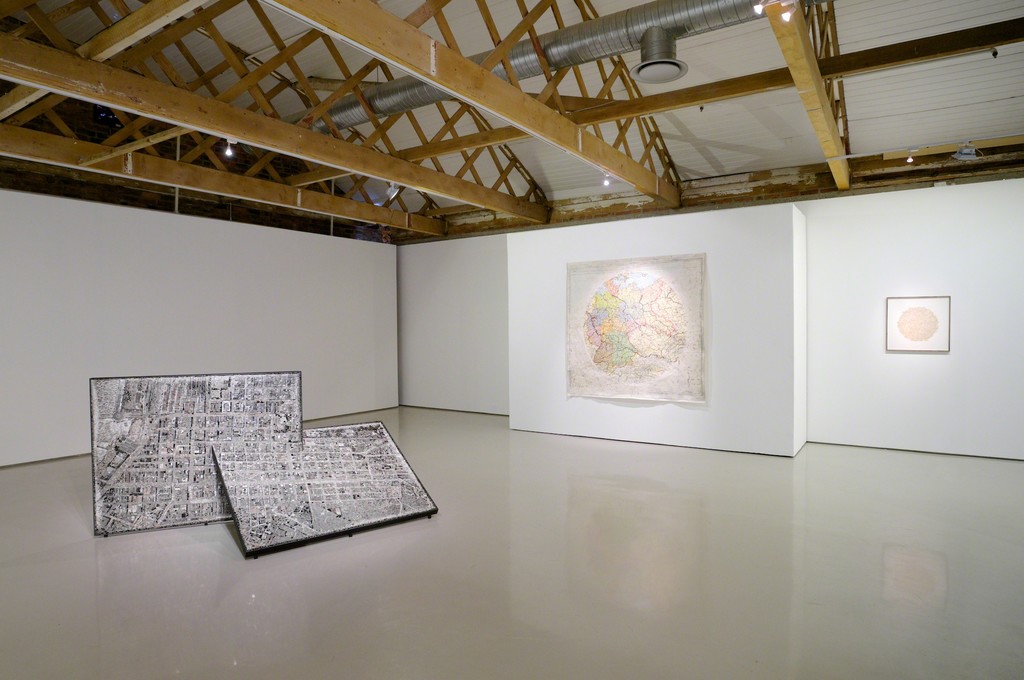 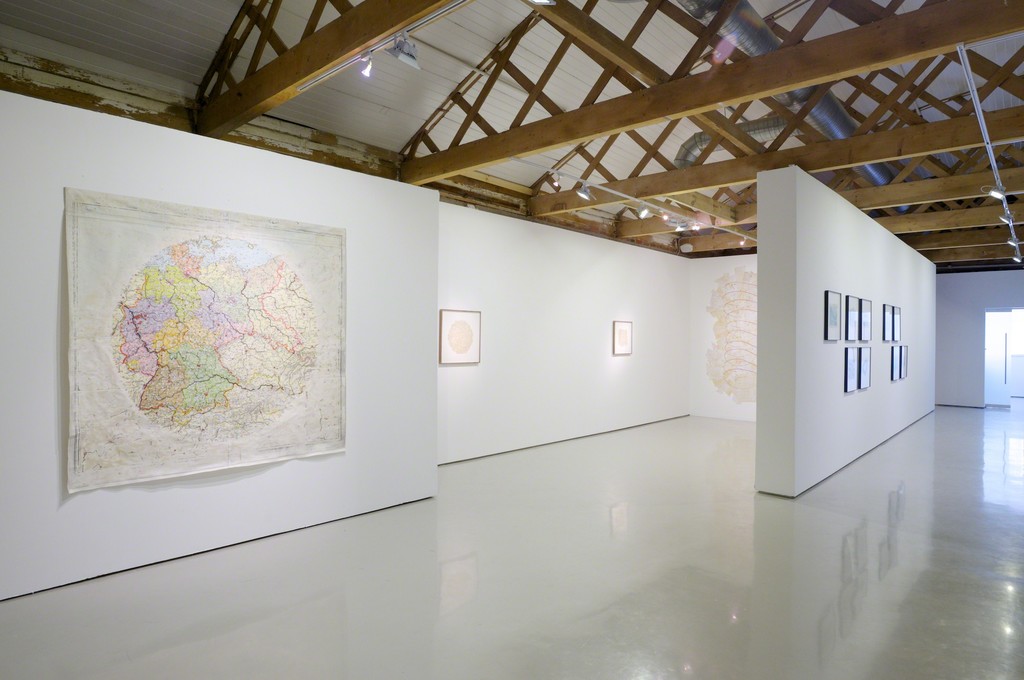 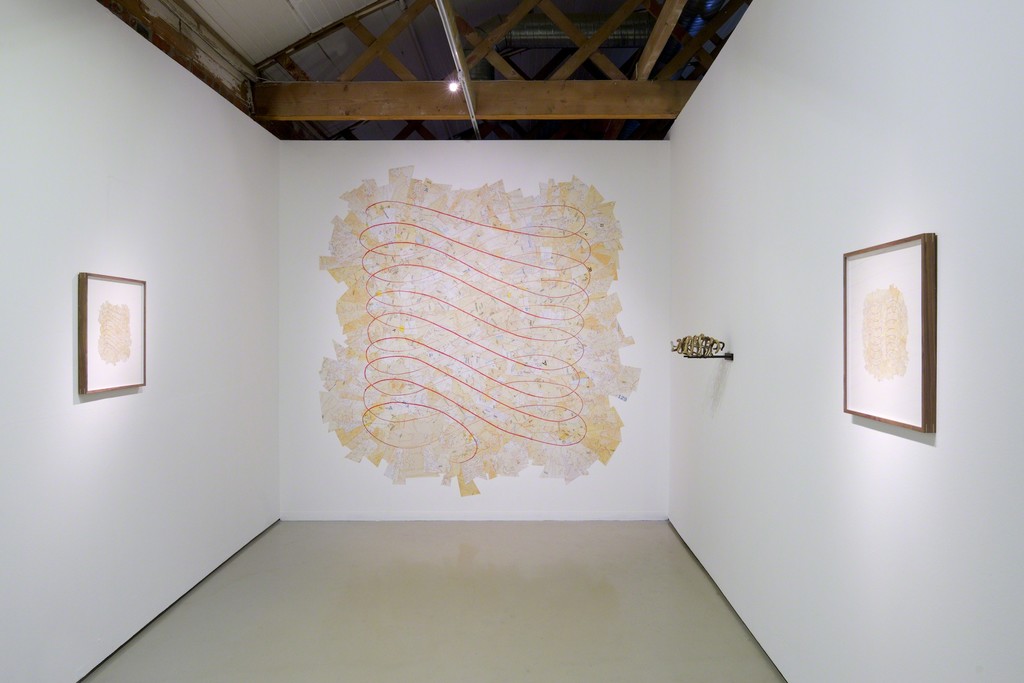 A Geometry of Echoes is a line that Gaston Bachelard uses to explain how inhabited space does not necessarily ascribe to the dimensions of physical architecture, and therefore can ‘transcend geometric space’. A similar logic is at work in South African land surveyor, Henry Fourcade’s invention of photogrammetry ; a method in which stereoscopic photography is used to open a third, dimensional space as a means to define topography. When, in 1904 Fourcade used photographs to draw his remarkably accurate topographical map of Devil’s Peak, he was accessing the heights and depths of the mountain, but not by climbing it – he was accessing it through the flat surfaces of photography.

When an echo bounces off a wall, the ephemerality of a sound is reflected off the solidity and geometry of a physical environment, a voice physically meets context, defining the space between sender and surroundings. ‘Sounding’, the practice of using sound to measure depth in a body of water, utilizes the echo, by bouncing sound off against the seabed and ‘catching’ it, as it returns to the sender. The water is measured without physically entering it, yet the unit of calibration used to define the depths in water necessarily involves the body – measured in feet or fathom, nomenclature plunges the body into the depths even if only symbolically. The body is implied even where the body cannot go.

Depths in Feet comprises a series of 20 ‘drawings’, constructed entirely from map fragments. The alluring print-blues of areas that depict only expanses of ocean were physically excised from a broad collection of World Atlases. Marx’s interest in the presence of water on terrestrial maps lies with the fact that water, as fluid substance that essentially refuses mark making, is an antithesis of the marked and mapped terrain. In a sense, that which cannot be mapped is contained within the map itself. Marx uses these blue shards and physically reassembles them, using the map’s printed frame to create two-dimensional collaged drawings that explores conventions used to construct the illusion of depth, of volume and of three-dimensional space.

In the same manner that the sender of sound (when ‘sounding’) is positioned to become the receiver of the echo, the visual construction of perspectival space necessarily suggests and positions the body of a viewer. As a counterpoint to the defined vanishing point, the viewer is the receiver or locus of the perspectival lines that radiate out from this point. Any visual illusion of volume or depth implies an essentially stable viewer, poised at an implied threshold and positioned in relation to a particular horizon. This series of essentially abstracted constructions explores the potential for interiority within the flat surface of the map. These are literally ‘groundless’ maps, in which the illusion of depth and volume wrestles with the flatness of the map as object. The continued shift in spatial propositions across this series is intended to leave the viewer ‘at sea’ as it were – on unstable ground, as a renewed relationship to an implied horizon line is continually renegotiated around the axis of shifting volumes.

Overlap Axis (CT 1926) continues Marx’s investigation into the visual correlation between the physical landscape and the built environment, by engaging with the historic traditions of stone masonry, mosaic arts and the aerial views of urban landscapes. The focus of this new sculptural work is on one of the earliest official South African aerial surveys done of Cape Town in 1926. Marx utilizes the overlap between two images from this archive. By turning the overlap into an axis, the aerial photographs interlock to create a self-supporting, three-dimensional structure. Inasmuch as there is a hint that, when viewed, the two overlapping images might stereographically merge into three-dimensional space, the pairing of the two successive images opens a narrative element and a sense of time passing, of one moment lapsing into the next.

Cape Town inner city grows within the tight parameters of its geographical location. In rendering the aerial view of the city within the languages of mosaic traditions, the tight geometric tiling of urbanity directly translates into regulated, ‘Roman’ tesserae organization, which lapses into ‘Palladiana, (randomly organized tiling) where the built environment borders ocean or mountain. Rendering these temporal images in stone creates a rich contrast between the elusive, disembodied nature of the aerial photographs depicted and the immediacy and physical tactility of the sculptural surface, as the work negotiates the relationship between surface and place, distance and stone.

In other sculptures and drawings, Marx uses the idea of the ‘hybrid view’ (familiar to users of digital mapping applications) to combine sets of information into what he refers to as ‘Language Objects’. In these works the object fuses with the language and nomenclature that ‘surrounds’ that object. The ‘object in language’ is a landscape shrouded in geospatial information – it is a hybrid object, fused with the indicator lines that link it to its own nomenclature.

A series of drawings entitled ‘Calligraphy for Cartography’ focuses on the calligraphic ‘flourish’. Marx draws inspiration from the scribbles made by his children, both engaged in the process of learning to write and draw. Their proliferation of scribbles and sketches marks the process of their ‘coming into language’, of mark making becoming formalized as legible text. The fact that in some way text can be entered, opens at least a thought of the possibility that it can, in some manner, or some point, be undone. The flourish, as something of a formalized scribble, is essentially a non-textual, decorative element that functions around the edges of text. It functions to serve aesthetic impulses that operate apart from literal, textual meaning. What attracts Marx to this tradition is the manner in which the particularities of the strokes (thin up-stroke, thick down-stroke), and the swerves of the line, serves to make the ‘presence’ (and personality) of the calligrapher present – to flourish as it were. Marx uses lines from road maps to construct his own flourishes. He carefully ‘undoes’ these maps, using his scalpel to sculpt his own. By carefully selecting the thickness and quality of the map’s line that he cuts from its original context, he reassembles these fragments to construct a ‘drawn map’ that negates the objective functionality of the cartographer’s line in favour of the calligrapher’s hand.