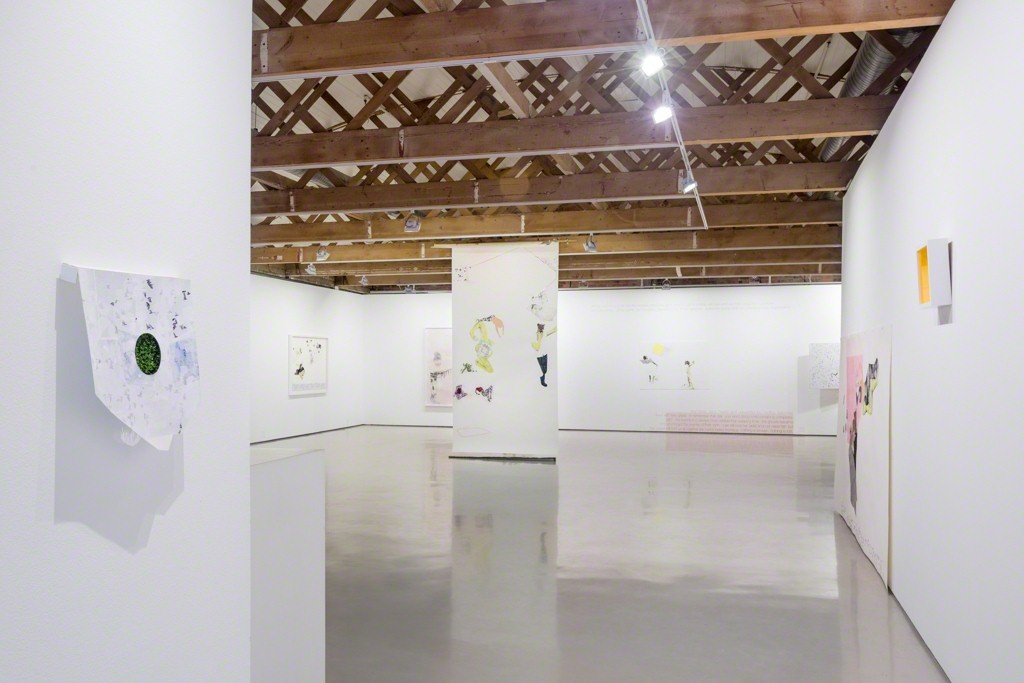 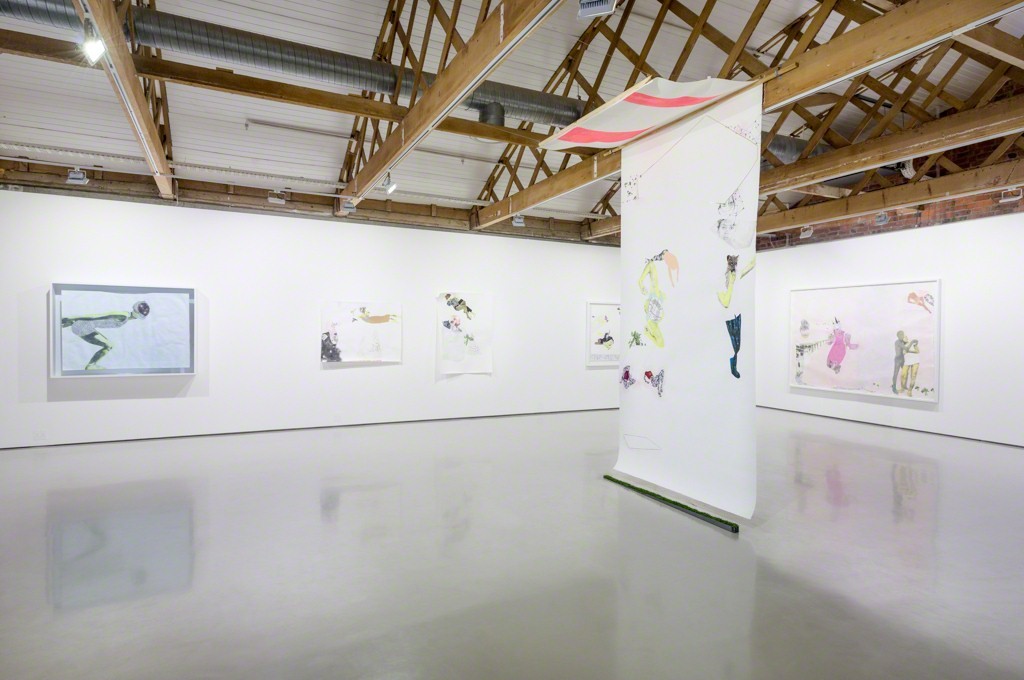 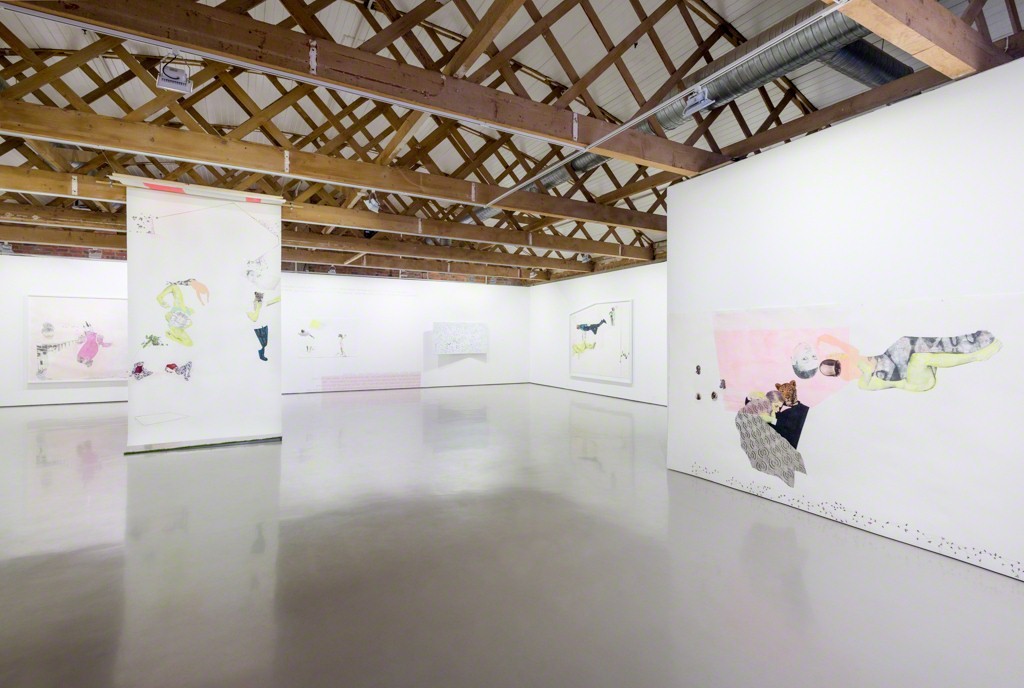 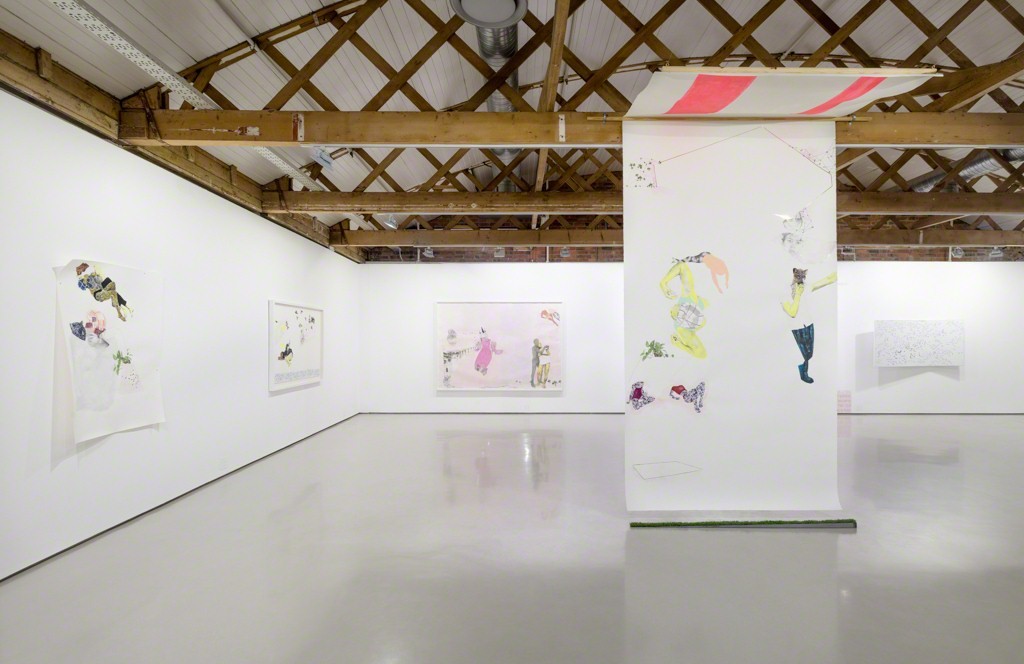 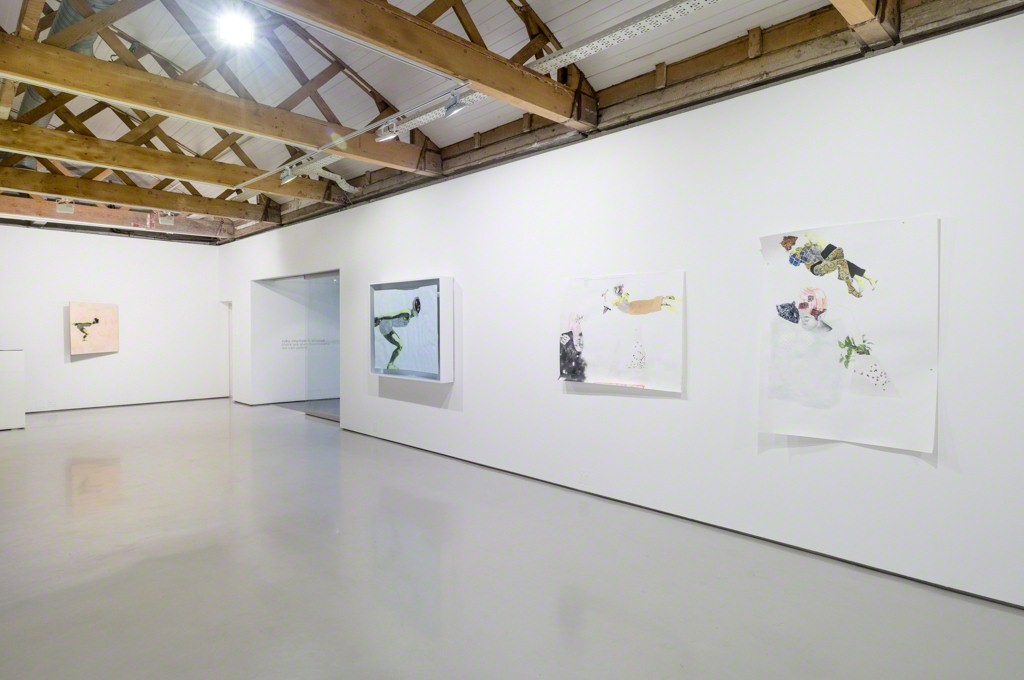 there are even moonbeams we can unfold builds on ruby onyinyechi amanze’s first exhibition with Goodman Gallery, SALT WATER. Intended as an exhibition trilogy, this second iteration of the body of work adapts its title from a poem by André Breton that speaks to the poetic fluidity of space. The exhibition comprises new work, as well as several works on paper produced during a 2016/17 residency at The Drawing Centre in New York.

In her drawings, amanze invites viewers into her ongoing construction of an expansive and timeless alternate world inhabited by a cohort of beings who move through it freely. These beings exist rather than perform, embracing the mundane, the non-specific and the fluid as ultimate freedoms. In narratives typically prescribed to non-European artists, the appearance of human or pseudo-human forms leans heavily on identity as its raison d’être. amanze instead advocates for the imagined construct of space and the nuance of characters that can be read primarily as form and shape. amanze’s characters – ada, audre, merman and others – relate intimately to one another in that regard: shapes that, despite appearing flat, are somehow activated to move, dive and swim in their stillness.

amanze’s interest in magic, play, architecture and design fold together in a way of working that relies on calculation and spontaneity. With a commitment to working with paper and drawing as her medium, amanze transforms the two-dimensional static of paper into a limitless plane of possibility filled with depth, intersection, collision and overlap. This is achieved through various processes, such as a plaster backing on paper, structural armatures and custom frames that serve as three-dimensional translations of the shifting planes visible in the work. Each drawing is a sliver? of a whole; an out-of-sequence piece to a narrative with no beginning or seeming end.

When all space is malleable, all space is a suggestion. At their core, this is what amanze’s drawings hold to be true. It is this moveable freedom that guides the placement of each line, each being that appears, each plane of color that has temporarily landed in the drawn world. In a playful shuffle, these parts coexist to create a space that suggests more than it reveals. It is a space whose governing laws are of invention and poetic imbalance – a space where even moonbeams can unfold.

In 2012-2013, amanze was a Fulbright Scholar at the University of Nigeria, Nsukka. More recently, amanze was selected as a finalist for the prestigious Prix Canson drawing prize. She has exhibited internationally in Lagos, London, Johannesburg and Paris, as well as in the United States at the California African American Museum, the Drawing Center, and the Studio Museum in Harlem. amanze resides in New York where she is an artist-in-residence at the Queens Museum and in the Drawing Center’s Open Sessions Program.