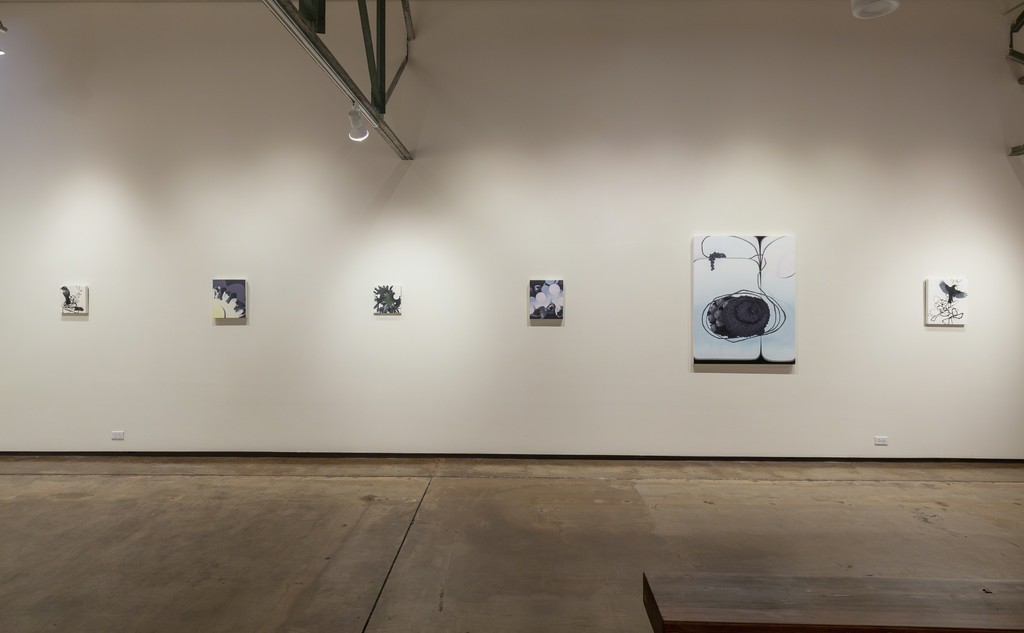 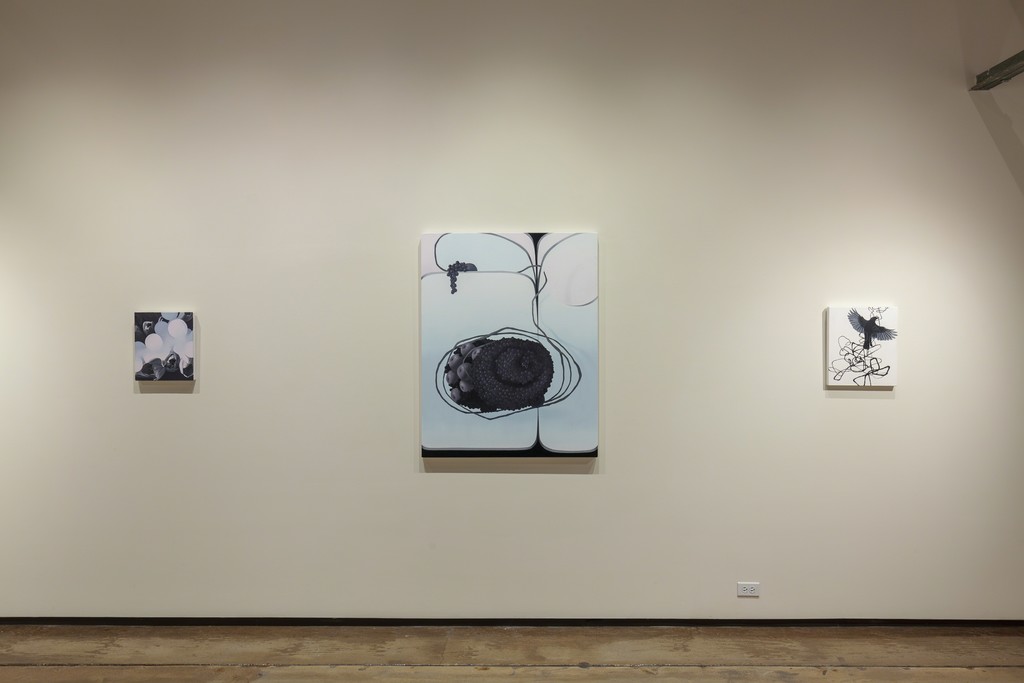 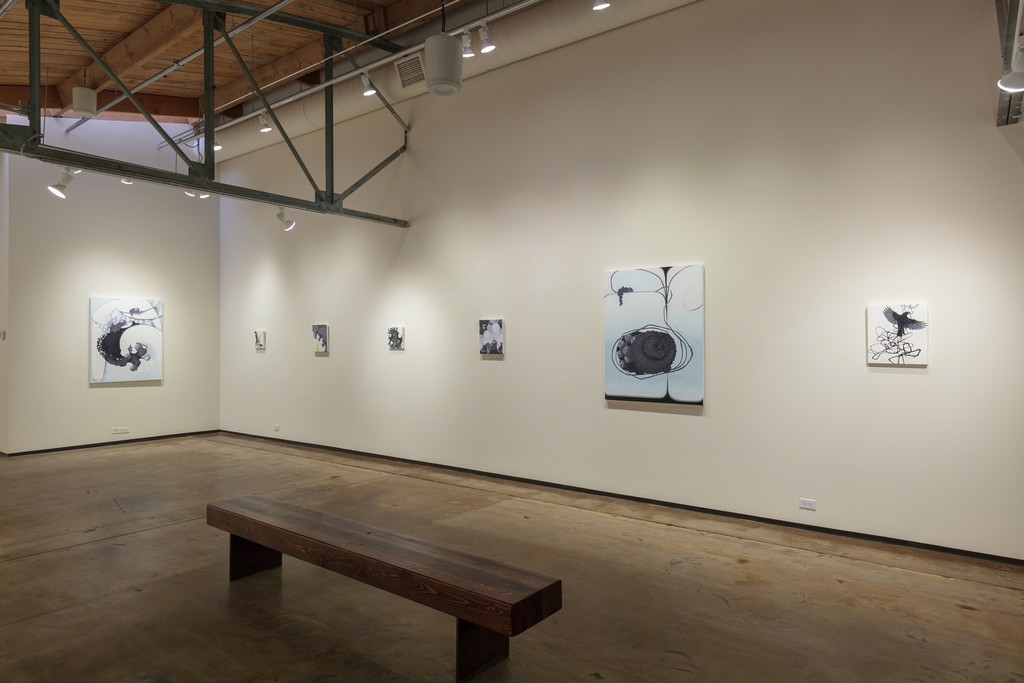 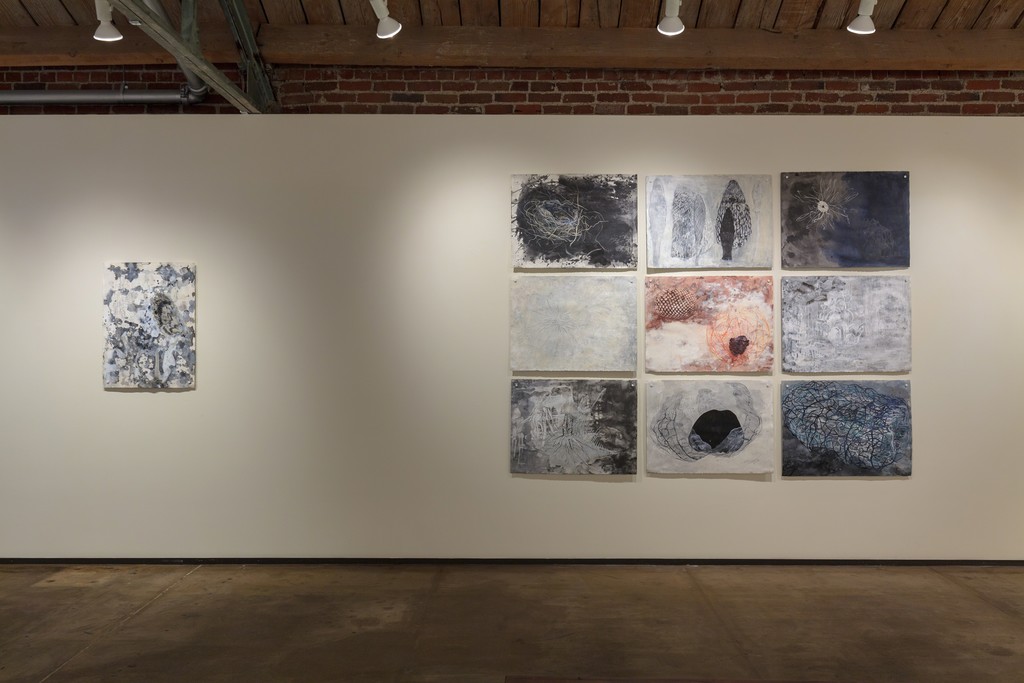 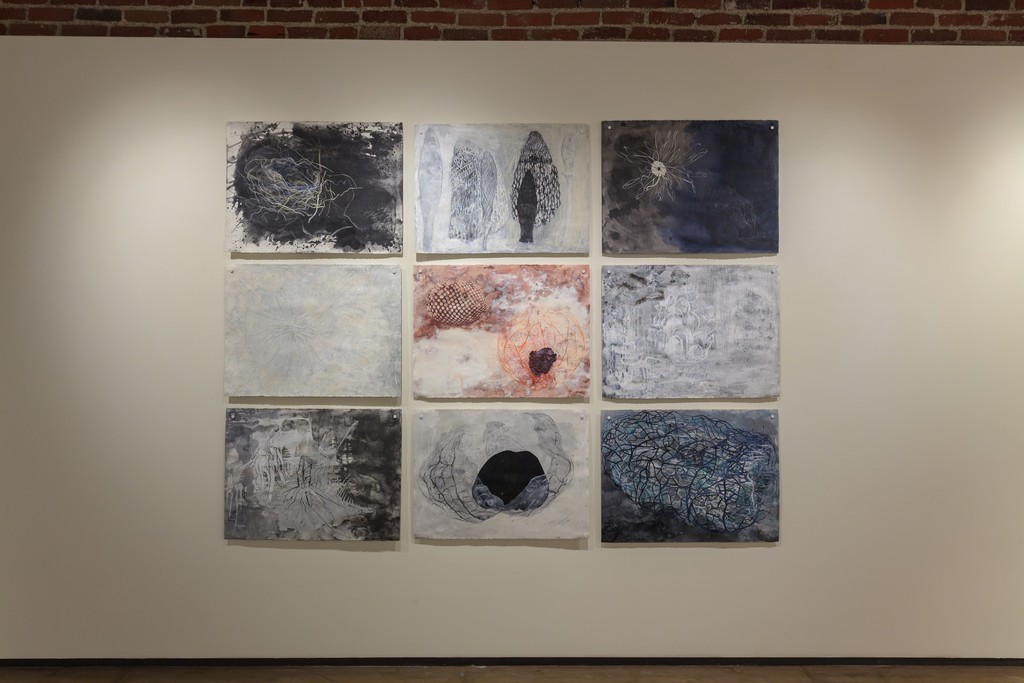 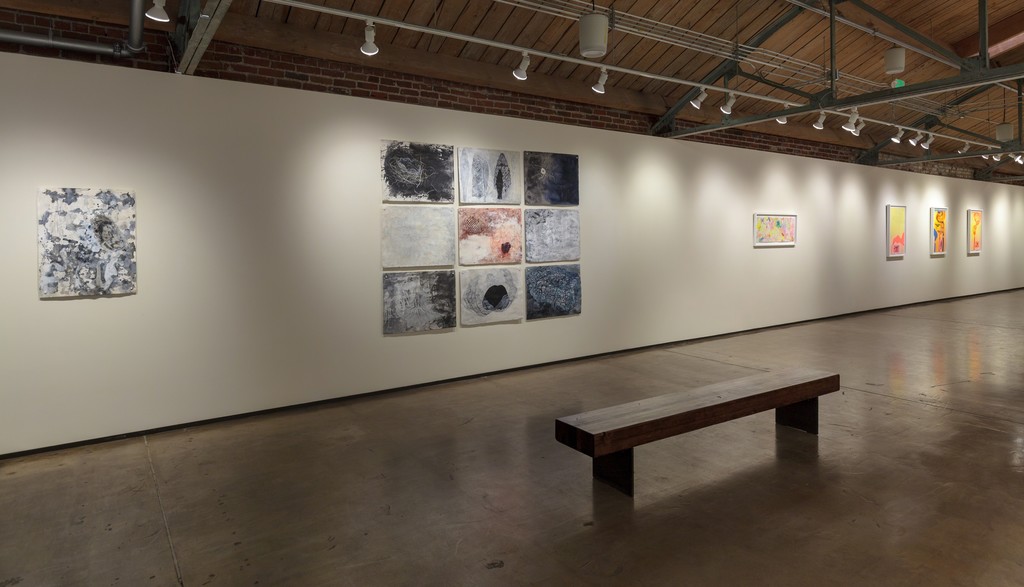 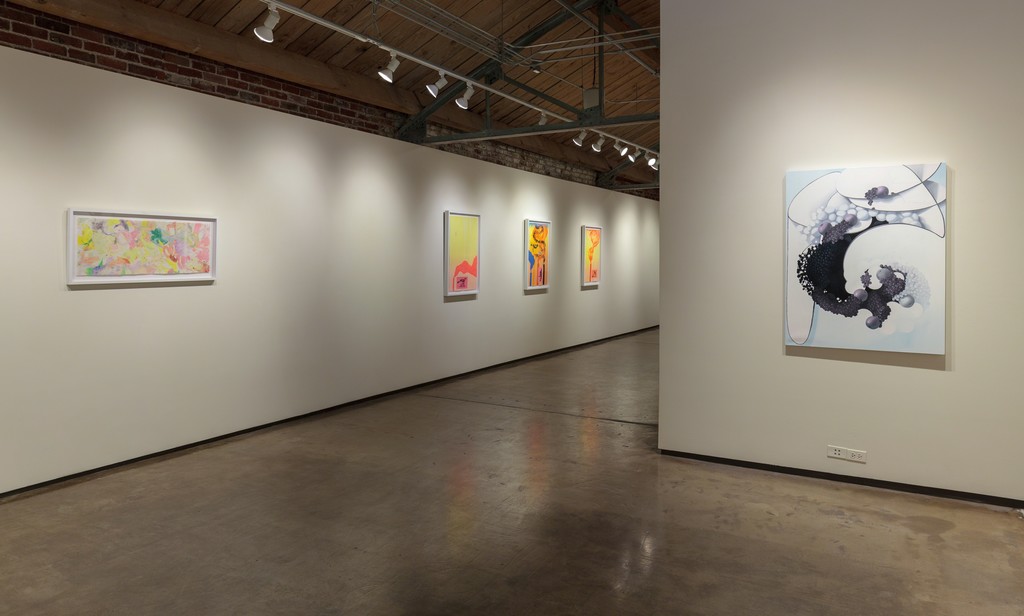 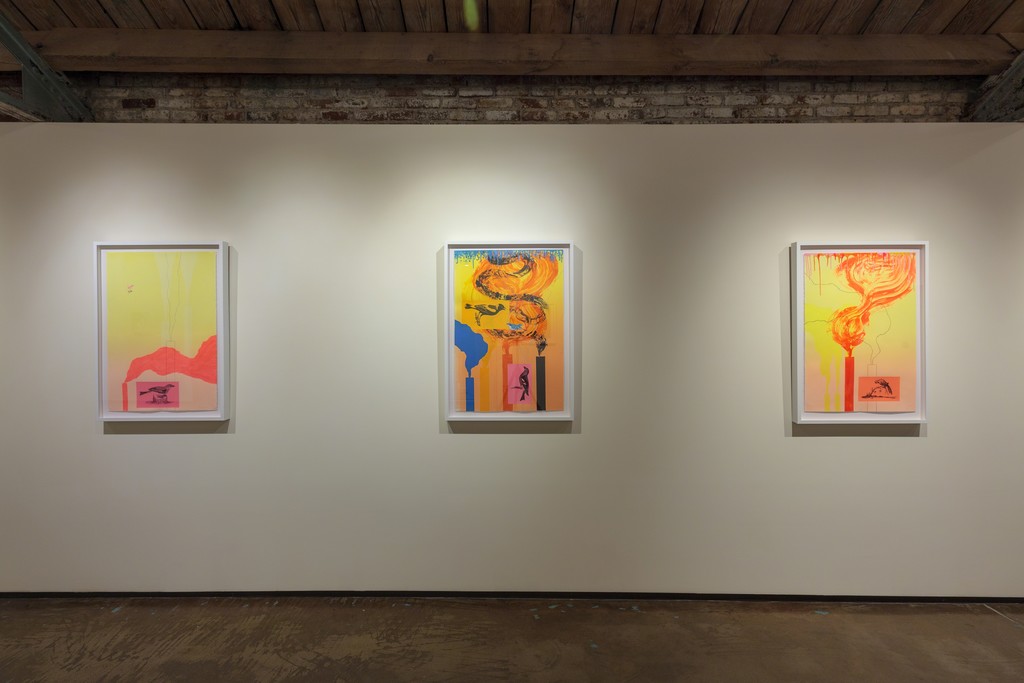 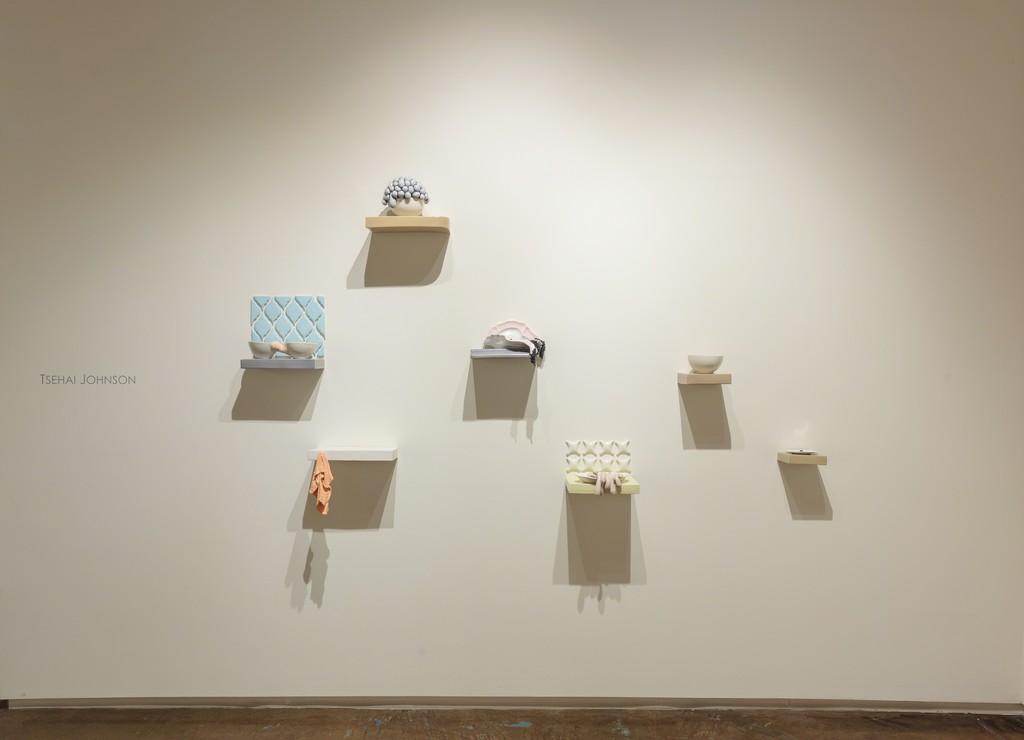 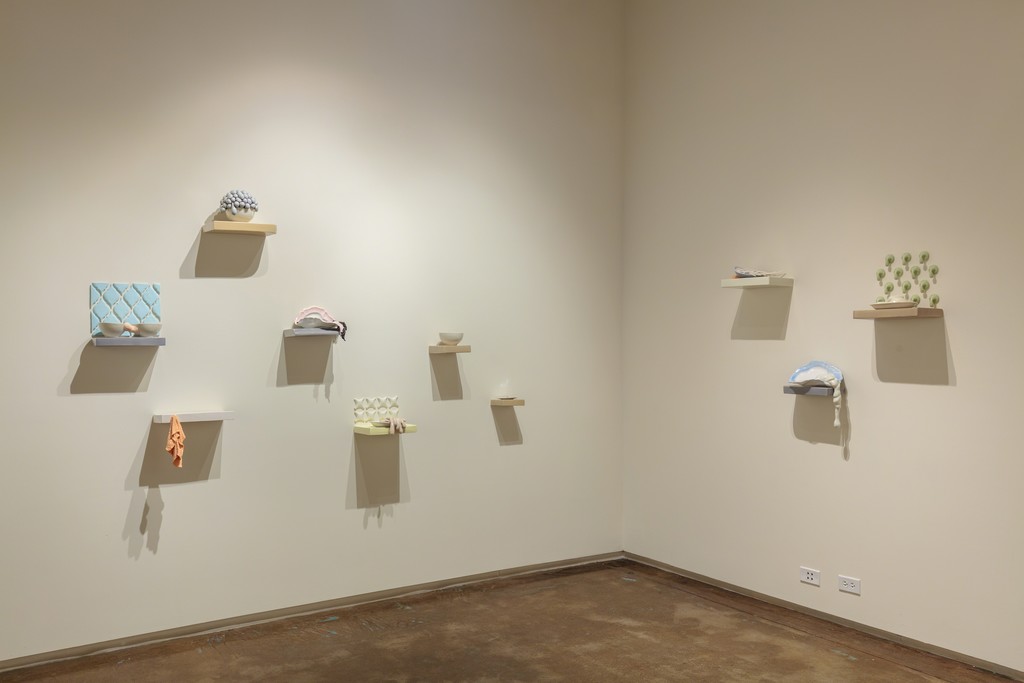 Goodwin Fine Art is pleased to present an intimate body of work by three accomplished artists who share the common bond of current day environmental concerns. While the backdrop of their work is intertwined conceptually each approaches the theme in their own unique and personal way.

Mia Brownell's stark paintings are inspired equally by molecular imaging and art history - in particular 17th century Dutch still life paintings. Much of her recent output concerns food. As critic Donald Kuspit has written, she stands between the supermarket and the museum, "in the commercial cornucopia of modern America and in the grand tradition of Old Master still life." Brownell's compositions contemplate varying perceptions of the natural world; lately, she has turned her attention to flowers, birds, and other facets of nature, each one rendered as a monochromatic icon suspended against a stark off-white or black plane. Kuspit describes Brownell as being one of the few young artists who "show[s] that painting is far from dead, and perhaps even more importantly that beauty is still possible in art, and can still be discovered in nature."

Mia Brownell teaches painting and drawing in New Haven at Southern Connecticut State University. She has had solo exhibitions in major American cities including New York, Boston and Washington, DC. Her works are in several private, corporate, and public art collections including the Addison Gallery of American Art and the National Academy of Sciences. Her work has been reviewed and published in numerous publications including The Boston Globe, The Village Voice, New York Times, HiFructose and Artnet Magazine.

Animals are a recurring theme in the work of San Francisco-based painter and printmaker Kara Maria. For some time, her focus has been on endangered and threatened animals, as well as animals that dwell in the wildland/urban interface, such as bears, mountain lions, and coyotes. Maria's vividly geometric aesthetic is heavily influenced by 1970s popular culture, and her subject matter draws from literary sources such as Elizabeth Kolbert's 2014 book The Sixth Extinction. After a 2014-15 residence at the San Francisco dump she found herself representing animals and birds that, contrary to facing extinction or reduced habitat, are thriving off of our waste. The experience, she writes, piqued her interest in "the flip-side of species loss" - that of overly prolific and invasive species that are contributing to our biodiversity crisis.

Kara Maria is a visual artist who borrows from the broad vocabulary of contemporary painting; blending geometric shapes, vivid hues, and abstract marks, with representational elements. She received her BA and MFA from the University of California, Berkeley. Her work has exhibited in solo and group shows throughout the United States at venues including the San Francisco Museum of Modern Art; the Cantor Center at Stanford University; and the Contemporary Arts Museum in Houston, Texas.

The land and its detritus are reflected in A. Mary Kay's studio practice. Her mixed-media works on paper exhibit an almost supernatural integration of imagery, metaphor, and meaning. Many of her pieces incorporate natural objects scavenged from the ground and the banks of rivers. Most notably in her ongoing series, Some of the Sum (2002-the present), feathers, seedpods, pinecones, and similar forms emerge from abstract gestures, blobs, drips, and gestural chaos. Other drawings, with their delicate lines and dim shadows, evoke the sense of fecundity at the end of nature's cycle. Winter may be the perfect time to see her work: as she writes, "everything [in nature] becomes so exuberant and vital, and then when everything dies, it's gone, and you can hardly believe that it's going to return."

Alison Mary Kay lives and paints in rural Lindsborg, Kansas. Born in England, she has lived in the USA for 30 years. Kay received an MA from Goldsmiths College, London University, England, and a MFA in Painting from Yale University. In 2014, she was selected by Crystal Bridges Art Museum as one of three artists to represent Kansas for the exhibition State of the Art: Discovering American Art Now. For the past three years, State of the Art has traveled to museums throughout the southern states. Kay's paintings are in the collections of Crystal Bridges Museum of American Art, Bentonville, AR; Spencer Museum of Art, Kansas University, Lawrence, KS; and many private collections.