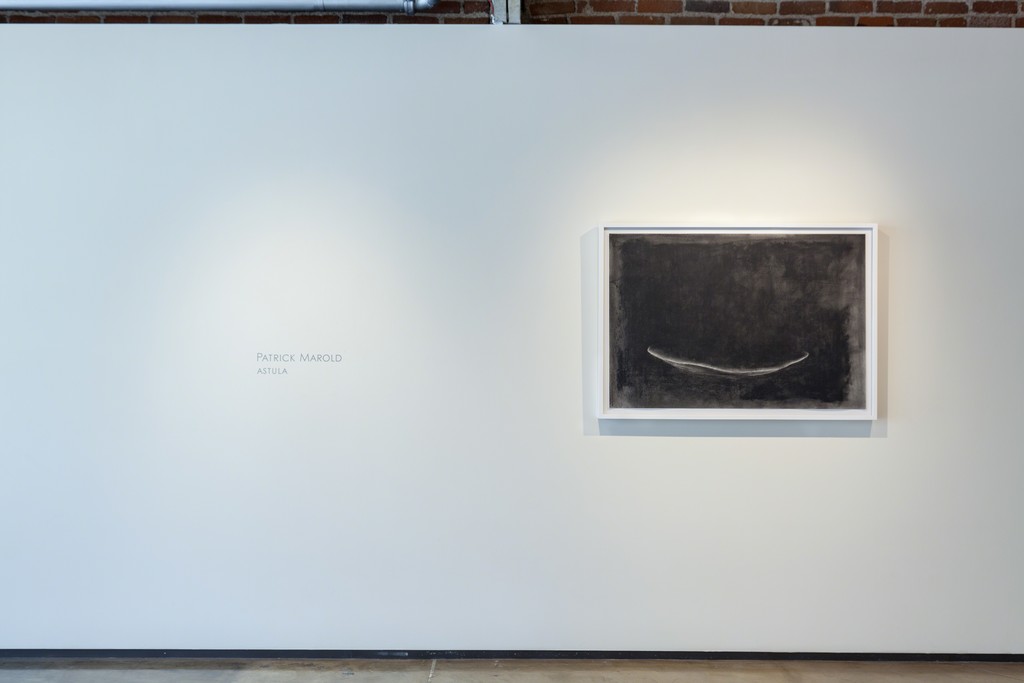 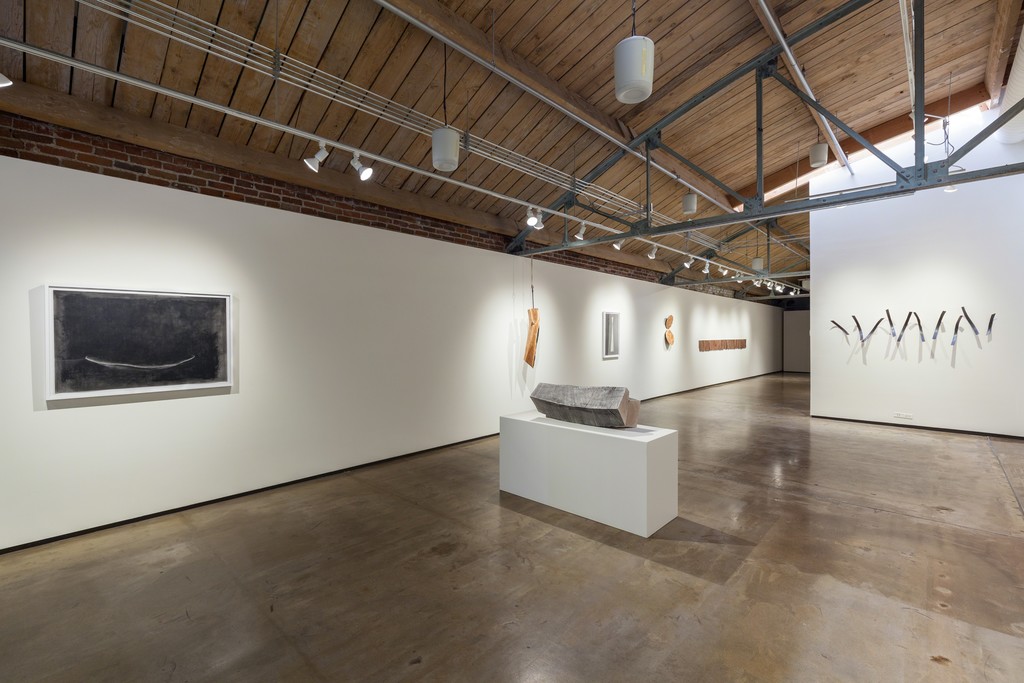 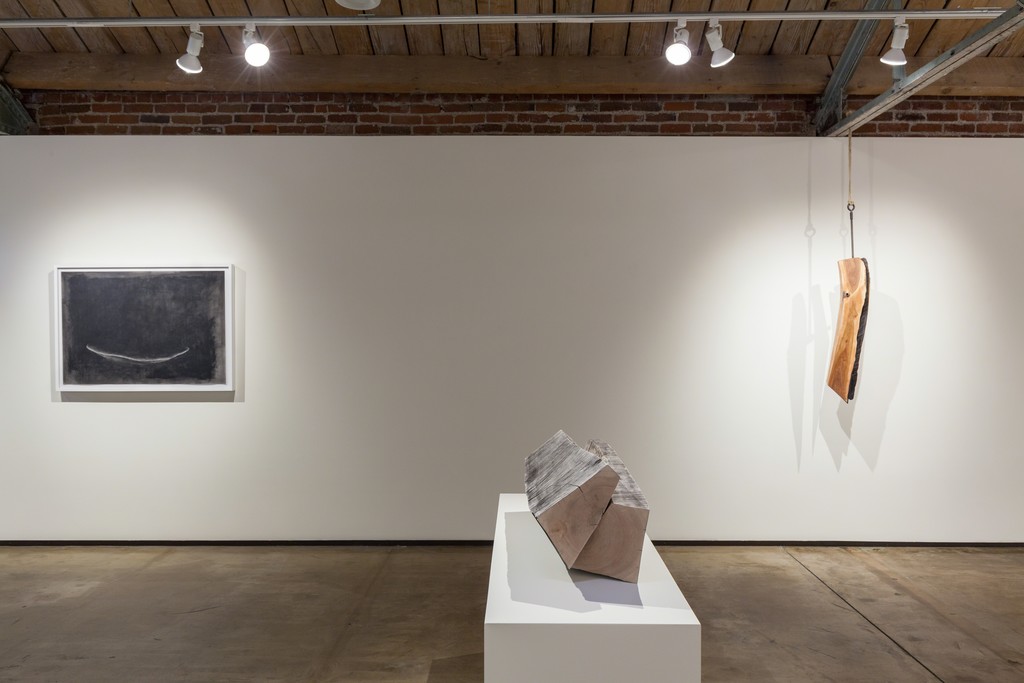 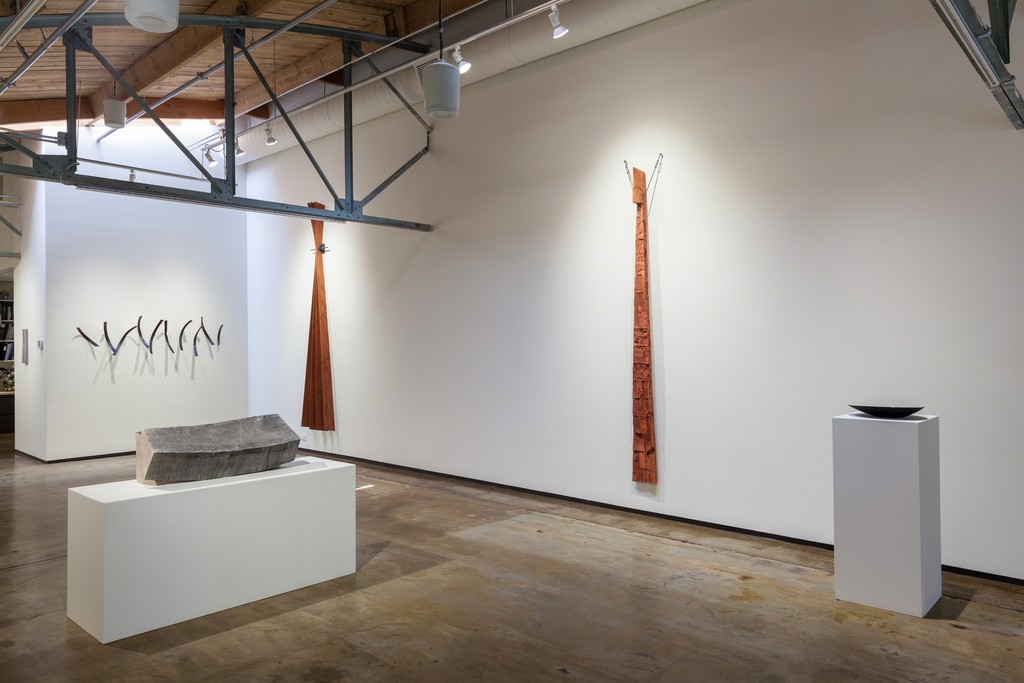 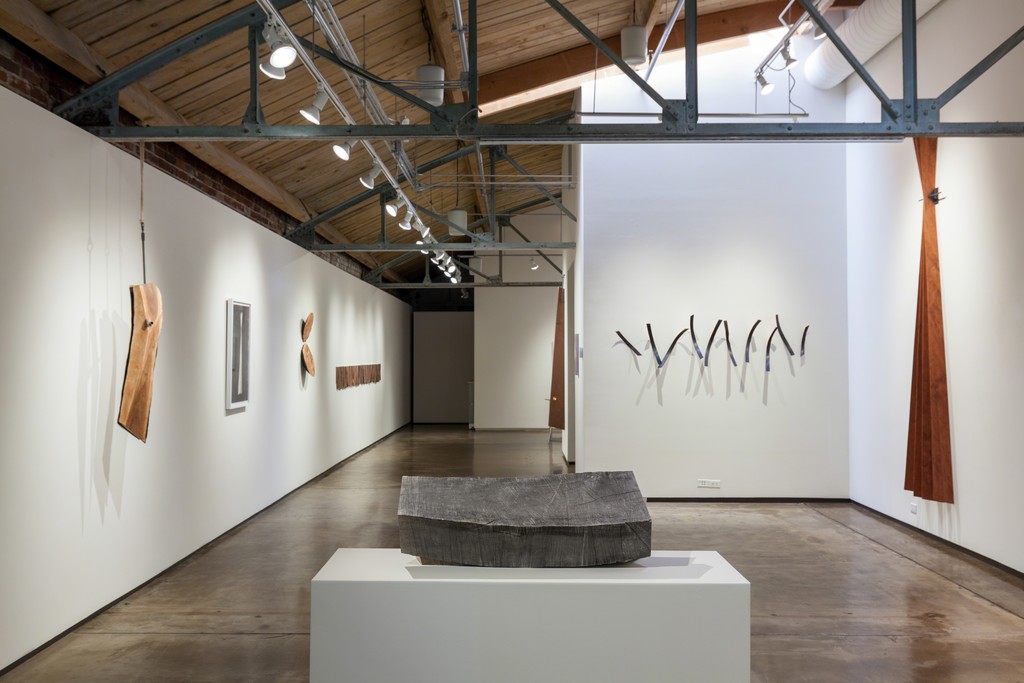 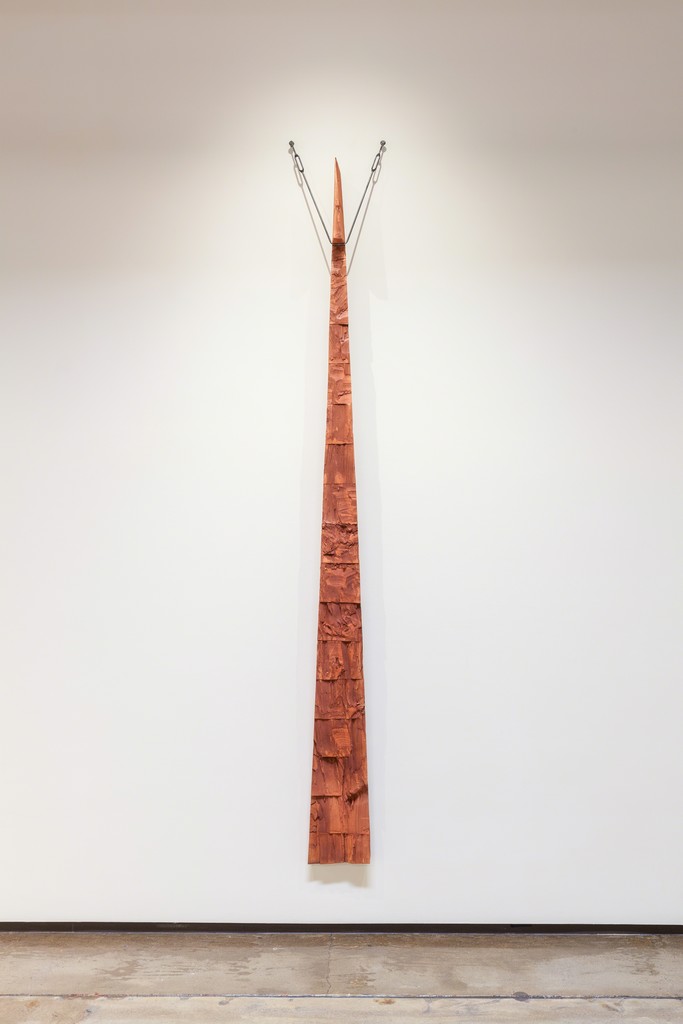 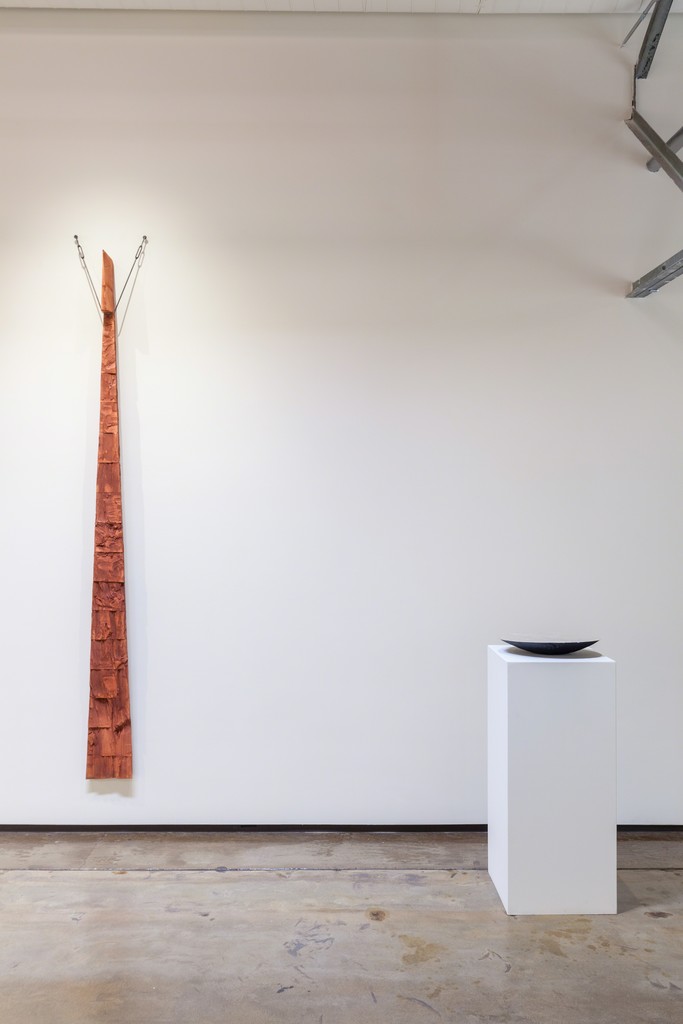 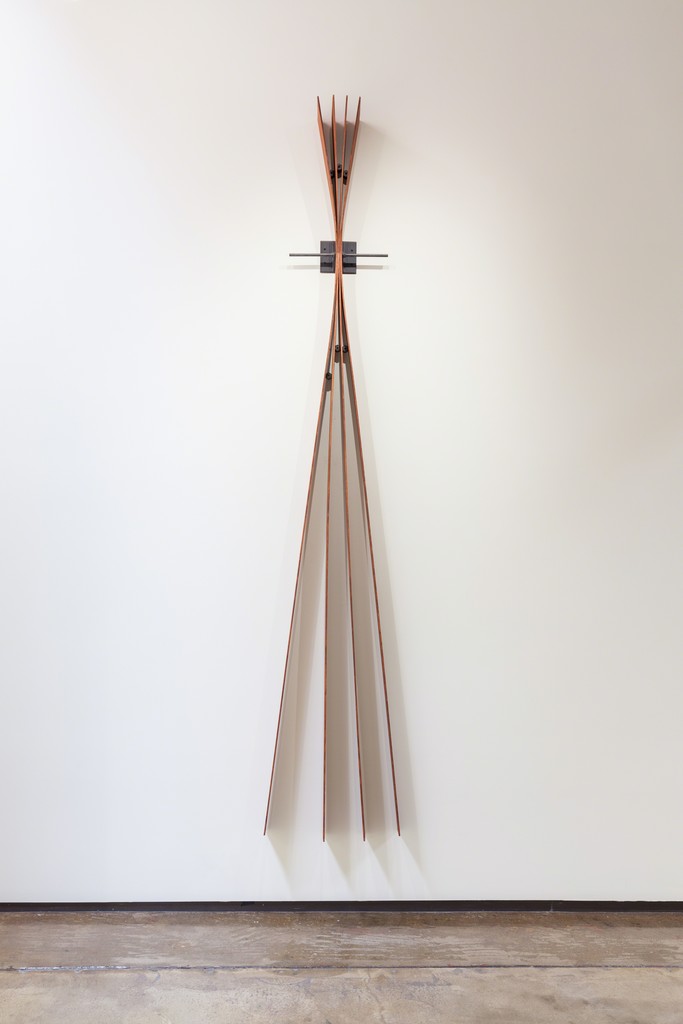 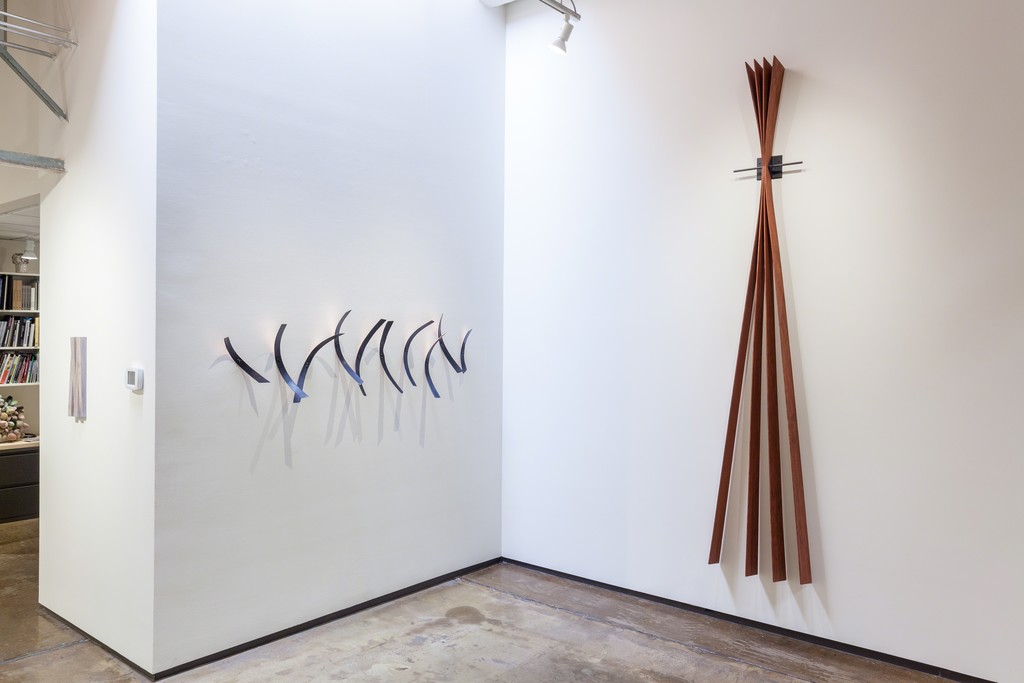 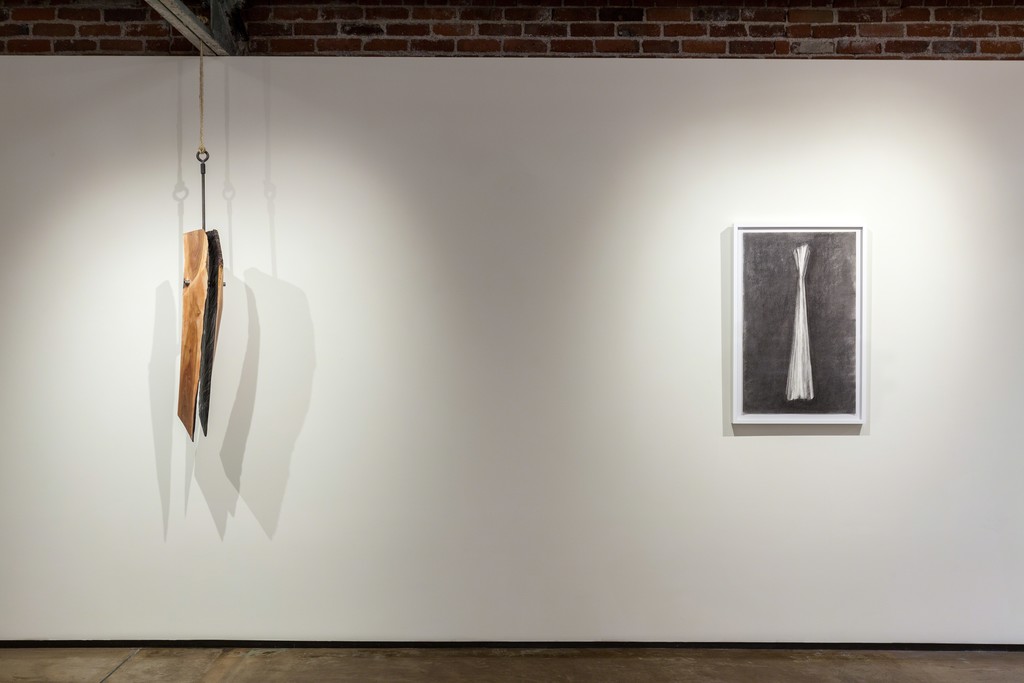 Astula is a solo exhibition of disparate drawings and sculptural works that reveal a decade of Patrick Marold’s ongoing studio practice.

The title –Latin for “splinter” or “chip” – relates in particular to several wood sculptures in the show that Marold incrementally shaped with saw cuts and knife scores over periods as long as a year.

During the last decade Marold has completed numerous public art commissions, including the iconic seven-acre Shadow Array, installed at the entrance to the Denver International Airport’s new hotel and RTD station. Several pieces in Astula repurpose offcuts from the spruce logs Marold used for that installation. Cardinal Wedge, a splinter-like wall piece, was formed out of one long offcut and embellished with hundreds of scrapes and saw-cuts showing the artist’s commitment to economy of material. The striking vertical piece was then rubbed with layers of Colorado’s distinctive red earth pigment to create a deep, vibrant surface.

The artist’s previous solo show at Goodwin Fine Art (Residuum, 2016) also paid homage to Marold’s penchant for revisiting previous work and exploring its materiality anew. Included in the 2016 exhibition were several large gestural, charcoal drawings that were created by existent sculptures whose surfaces were charred. In the process of creating the drawings, the sculpture was hoisted into the air, slowly released, creating a swinging motion as it skipped across the paper leaving behind its impression on the surface.

The piece Dual Slabs, Maple featured on the exhibition announcement cover is made of two roughly hewn pieces of maple wood that were aged and greyed for more than a year. During that period Marold would move and reorient the pieces reassessing their form and relationship to one another. The wood eventually twisting naturally into new shapes. Marold then enhanced each piece with cuts and scratches before leaning them against each other in their final resting state.

Astula is a compendium of more than 20 sculptural objects and charcoal drawings, none of which are necessarily related but reflect the breadth of work conceived in the studio; from concept sketches to fleeting impulses that might materialize later into public sculpture. Two pieces that are visually if not conceptually related are Bright Island, a circular object whose cracked, reflective silver-leafed surface resembles a dried pool, and Basin, a charcoal drawing with a roughly-curved white outline embedded in its dark surface. Similarly, Spire, a medium sized vertical drawing in charcoal, evokes the shape and dynamic of Cardinal Wedge.

Biography:
Patrick Marold is widely recognized as one of Colorado's most accomplished conceptual artists. His practice includes both large-scale public art installations and intimate studio-based sculptures and drawings.

During the last decade he has completed numerous public commissions. They include Shadow Array at the Denver International Airport, and Solar Drones, a sky and sound work located in Calgary’s National Music Centre. Shadow Array was named Best New Public Art by Denver’s Westword magazine in 2016. The seven-acre installation is well-known to anyone who has arrived by train to DIA and encountered a rib-cage of 250 beetle-kill logs set into the recessed entrance. Marold’s design leverages Denver’s sun and crisp shadows to produce a flashing sequence as the train passes through and enters the station.

Marold works to inspire his audience to consider new orientations of landscape, materials, physical forces, and their impact on personal and communal perception. His most recent commission was for a large stainless-steel landscape sculpture at Dallas Love Field airport that invites the public to navigate lines of reflected light.

Solo exhibitions include Residuum at Goodwin Fine Art, 2016; and Sculptures in Locally Reclaimed Wood at the Arvada Center, CO, in 2009. Group shows include Catalyst at the Denver Botanic Gardens, 2013; Formal Elements at the University of Colorado, Colorado Springs, 2011 (two-person show); and Weather Report at the Boulder Museum of Contemporary Art, 2007.

Patrick Marold maintains a studio in Colorado and earned a BFA from Rhode Island School of Design in 1997.