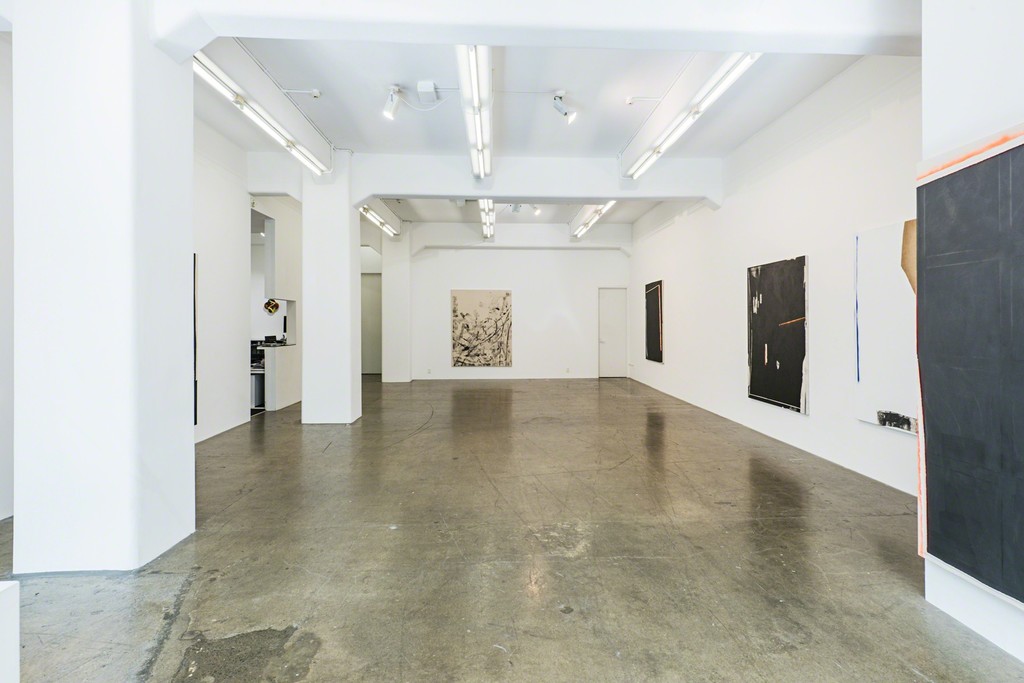 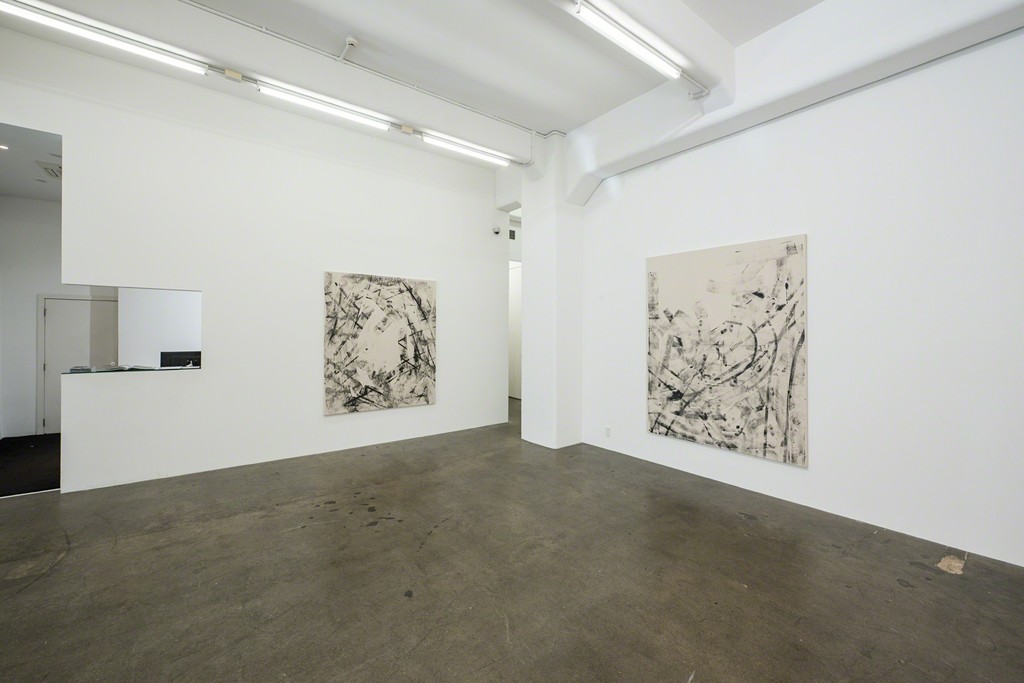 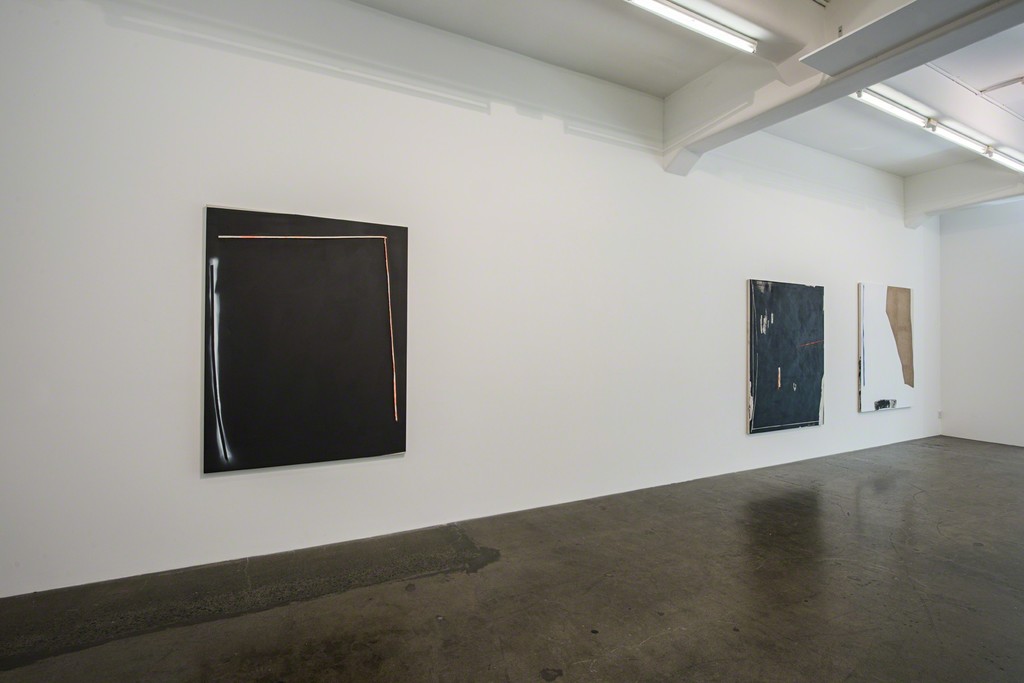 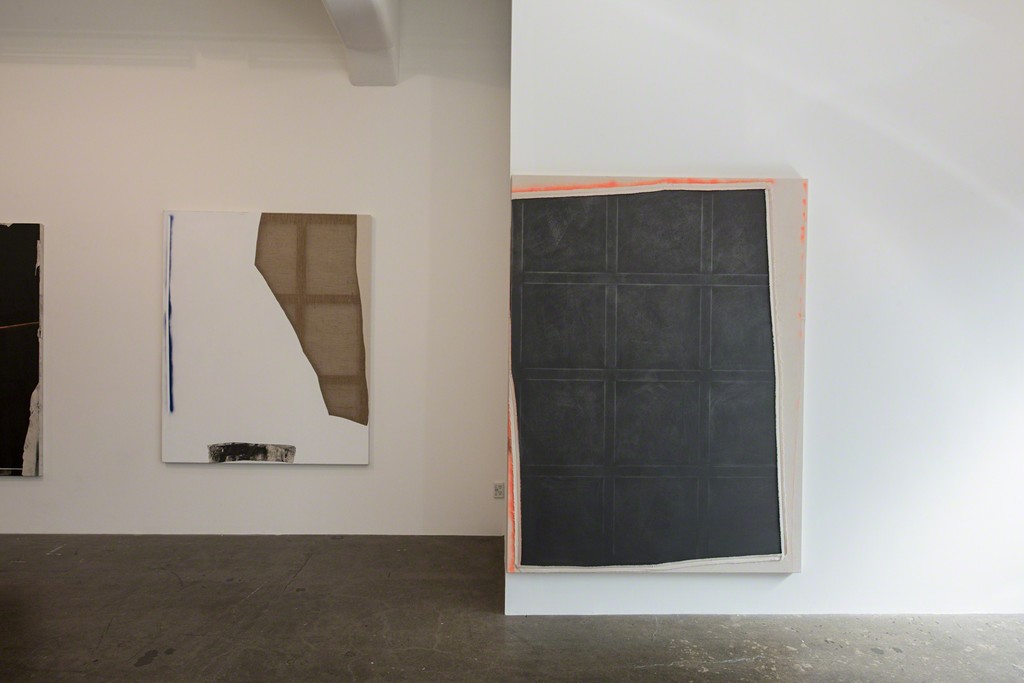 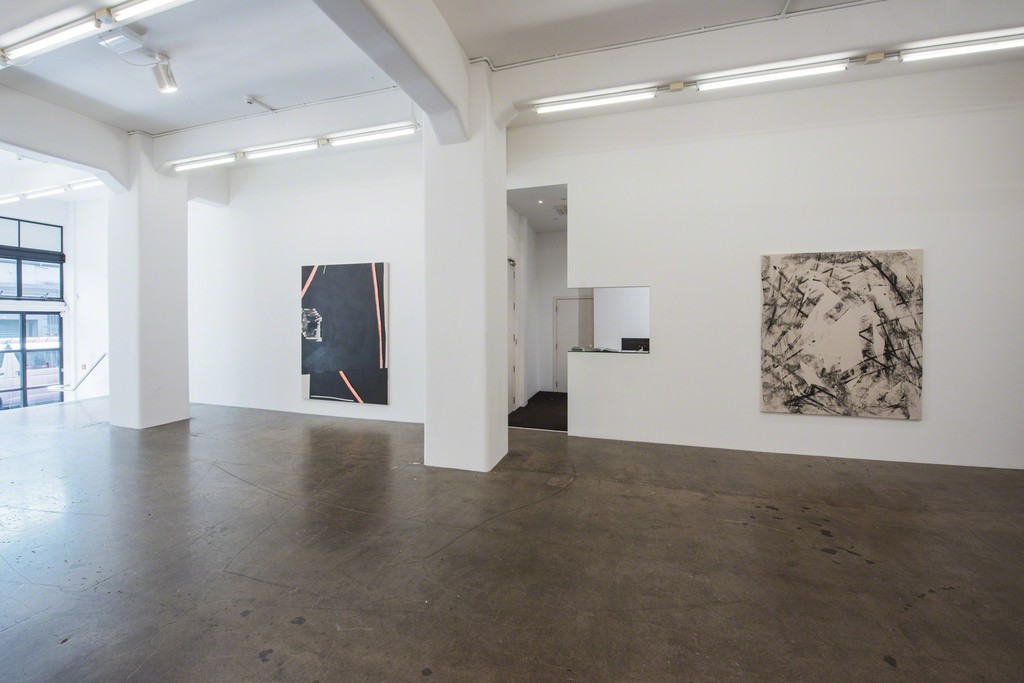 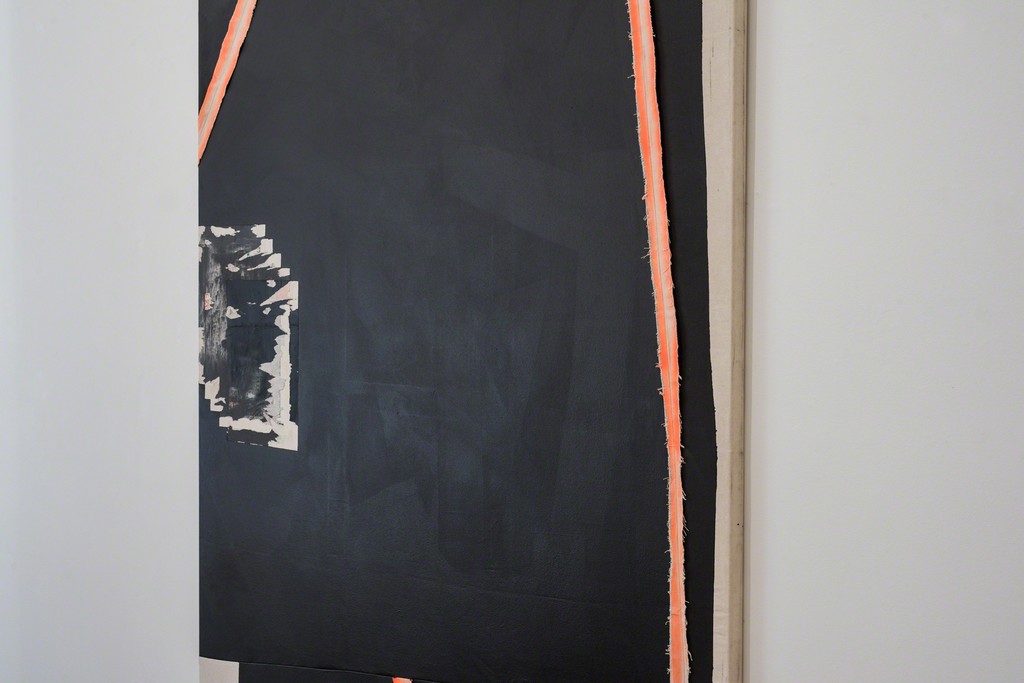 Primarily an abstract painter, Hugo Koha Lindsay adopts marks from both the personal surroundings of his home and studio and from the wider urban environment. Rubbings from the studio floor combine with swift gestures resembling surveyor markings - a type of code applied to pavements to signify future construction. Canvases are un-stretched, cut, sewn and re-stretched, organizing pictorial space through the work’s construction. Sections of Lindsay’s paintings are often left raw, invoking a transitional state. Lindsay states, “The sewn paintings act as topographies -an informational surface of which territories are divided by physical boundaries for the activity of painting to occur.”

To Lindsay, urban space is a territory for human expression. His work recalls Situationist Guy Debord’s ‘Theory of the dérive’, where dérive could otherwise be described as 'the act of purposefully drifting through a city to understand its ambience or rather multiple ambiences.' Through the act of drifting, one might trace the effects of political and economic systems on social space – as seen in discarded promotional posters, new road markings, debris from building sites or a boarded-over shop front. Drifting is an alternative method for mapping space, beyond a geographical representation. Lindsay’s paintings could be considered ambient maps through their combination of open space with marks of a governing body, and/or individual.

The title of the exhibition But will it float takes its reference from the absurdist comedy game on the Late Show with David Letterman, where the validity of products, objects and commodities are tested via their buoyancy. The title also makes reference to the artist’s personal experience of the leaky building epidemic, which resulted in the major refurbishment and restructuring of many buildings throughout Tāmaki Makaurau, and wider Aotearoa.

Lindsay holds a Master of Fine Arts with first class honours from the University of Auckland. He has acquired numerous awards and notable recognition including the Kaipara Wallace Arts Trust Award (2015), the Parkin Drawing Prize (2015, 2017), the Molly Morpeth Canaday Painting and Drawing Award (2016).