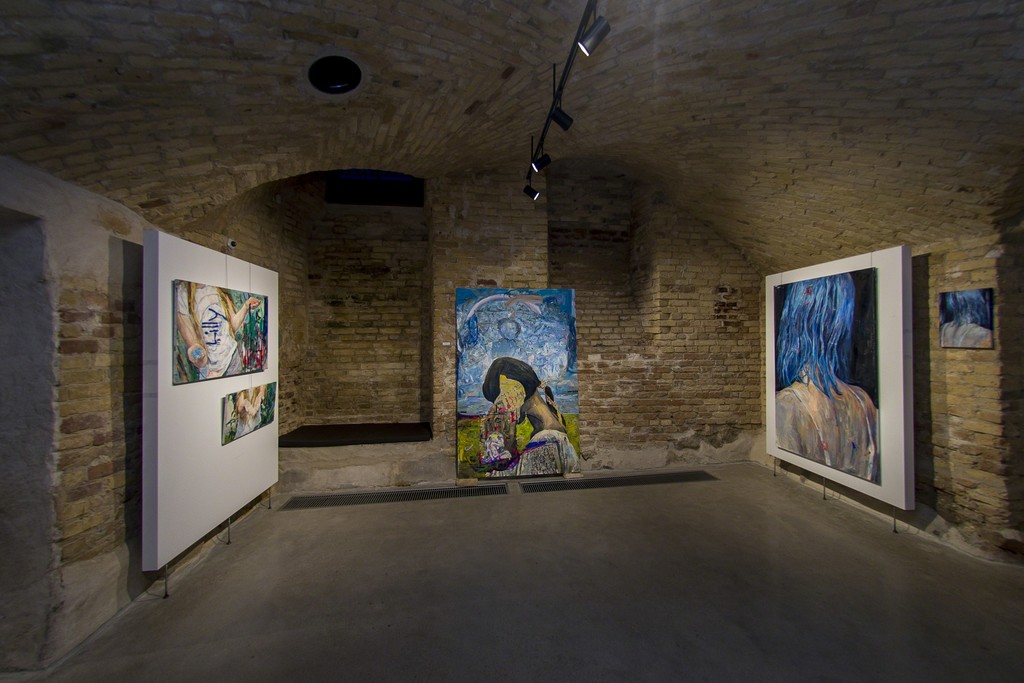 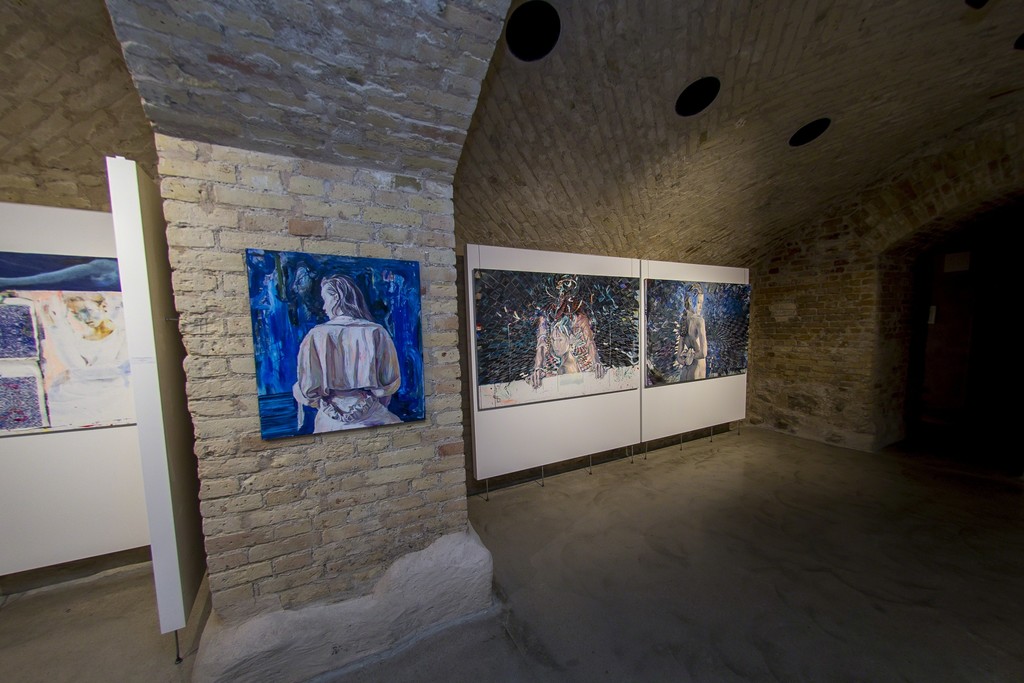 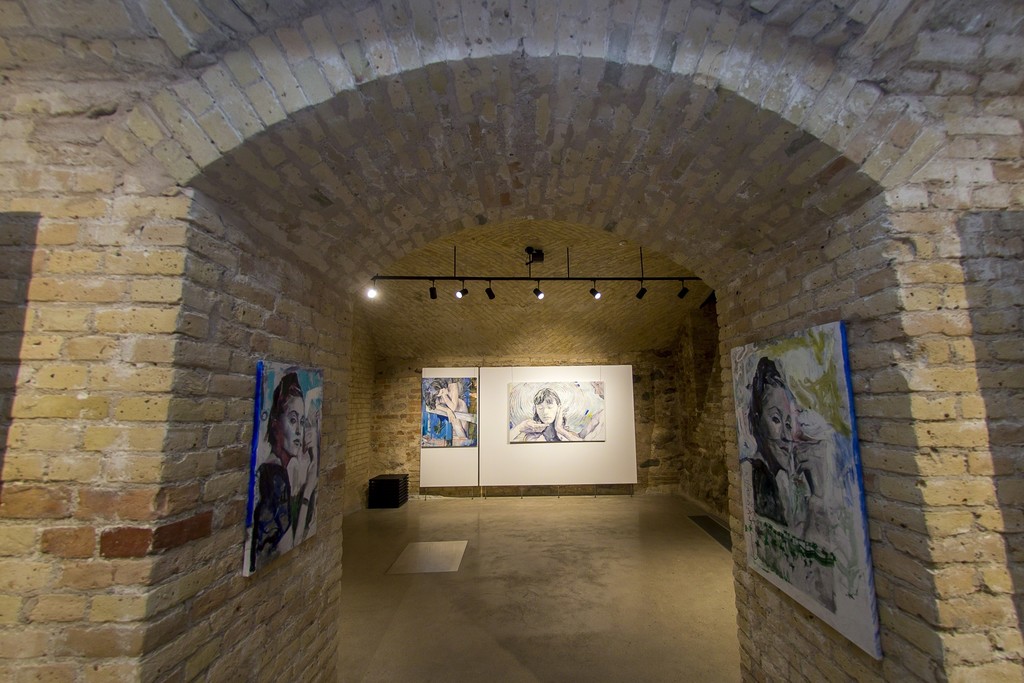 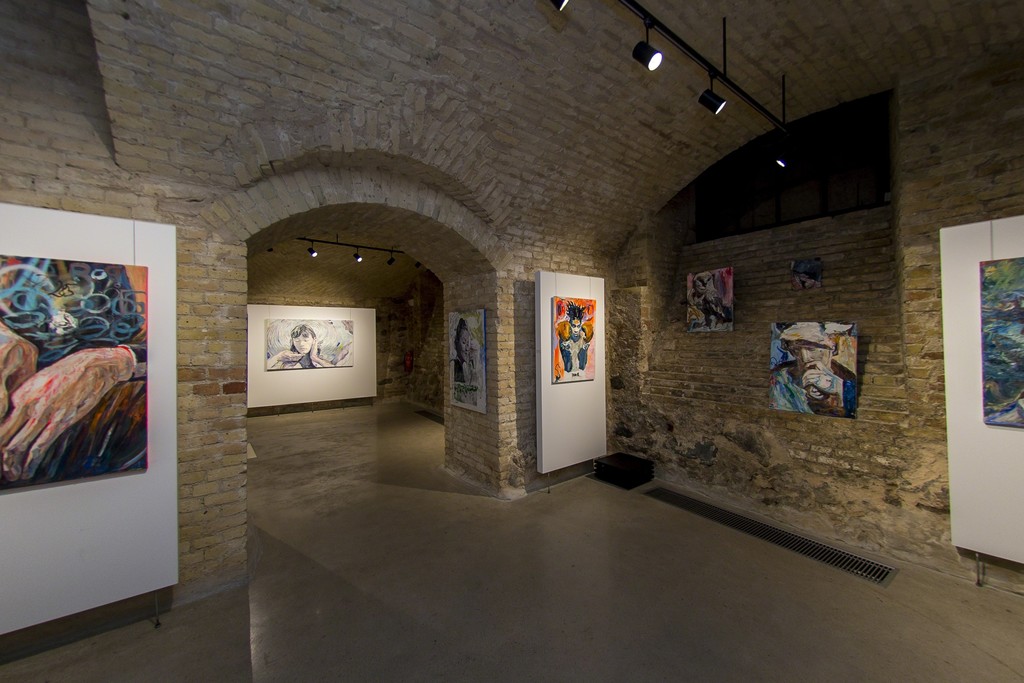 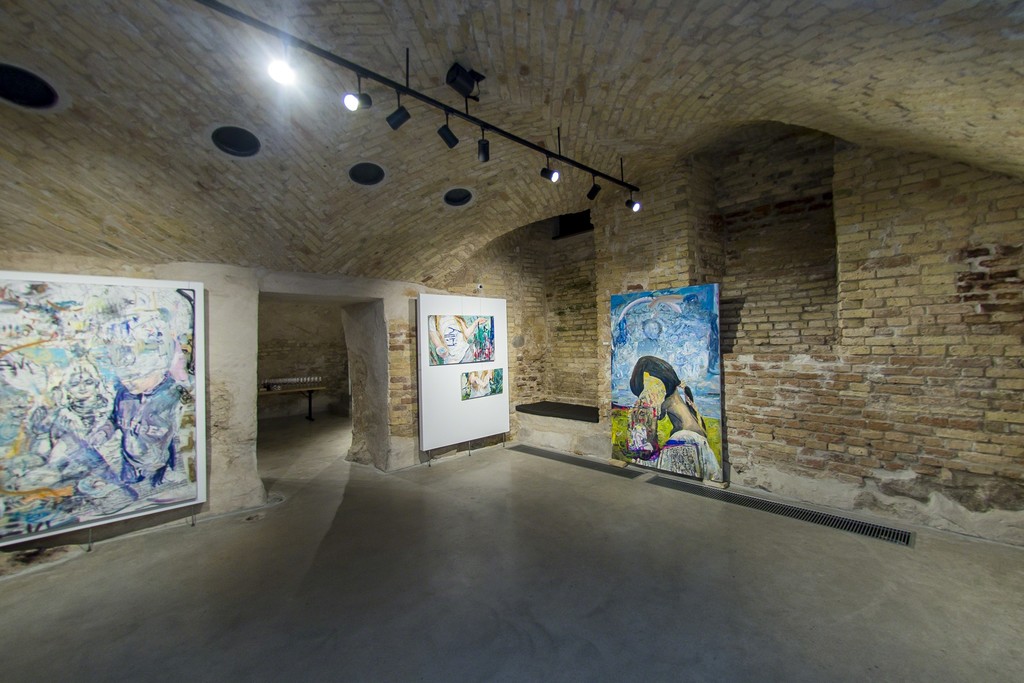 Creative work by Tadas Tručilauskas can certainly be ranked as the one belonging to Surrealist or Speculative Realist movement. His works exhibited in U3M are based on the faith in existence of a higher reality ruled by the unstructured shapes of associations. Having collected a set of real experiences and dreams, the artist stacks it as a pack of cards and sets his own chaotic and postmodernist patience. Tadas breaks free from the framework of traditional genre, structure and stylistic integrity in a perfunctory manner in his paintings, juxtaposes different ideas and contexts and plays making a collage of them; the represented and not represented (the ones revealing only in his individual story) elements act in his paintings.