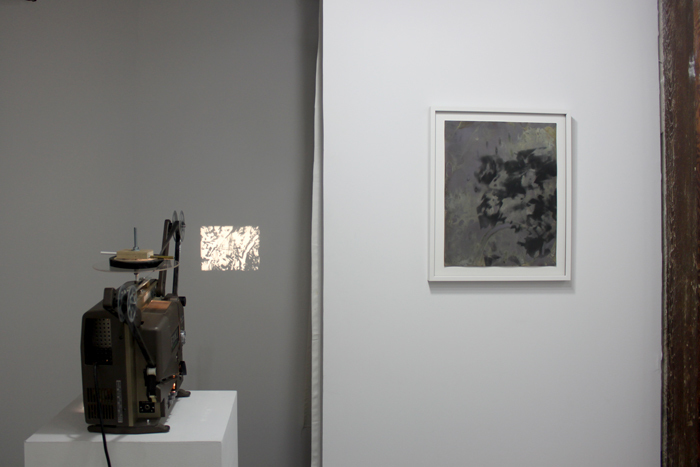 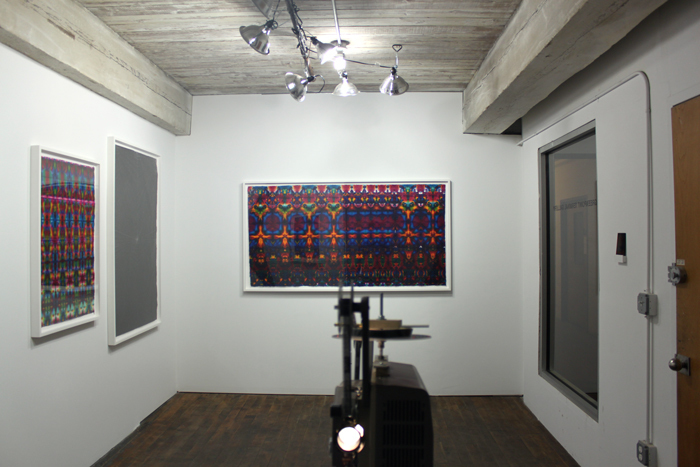 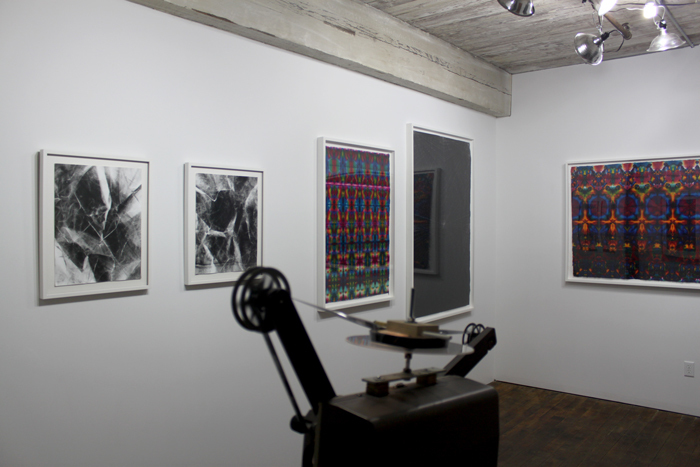 Greenpoint Terminal Gallery is pleased to present Black Is A Blind Remembering, a split exhibition of works by artists Niall McClelland and Antonia Kuo. The exhibition features mixed media works emphasizing an engagement with the physicality and the manipulation of materials associated with print and photographic reproduction. Through their idiosyncratic processes, McClelland and Kuo explore compelling visual illusions that probe the indefinable.

Antonia Kuo merges her drawing and painting practice with experimental photographic processes. Through chemical and physical interventions, she creates works that confront the degenerative and transitory.

Niall McClelland exploits the innate nature of his materials to create abstract works on paper. By folding, re-folding, staining, bleaching, and even exhausting its essence, he reimagines the parameters that are given by the material.

Antonia Kuo (b. 1987, New York, NY) is based in Brooklyn, NY. She received her B.F.A. from Tufts University and School of the Museum of Fine Arts in Boston, where she was awarded the Mary and Frank Rassieur Prize in Drawing from the Museum of Fine Arts. She recently received a one-year intensive certificate from the International Center of Photography in New York and was awarded the Alan L. Model Scholarship. Her work has been included in exhibitions at Eyebeam, New York, NY; Primetime Gallery, Brooklyn, NY; The International Experimental Cinema Exposition, Colorado Springs, CO; Concordia University, Ann Arbor, MI (solo), among others. Beginning in March 2014, she will be an artist-in-residence at the MacDowell Colony in New Hampshire.

Niall McClelland (b.1980) grew up in Toronto, spent many of his summers in Northern Ireland, went to school in Vancouver and eight years later returned to Toronto where he now lives. His work has been published in Adbusters, Canadian Art, Dazed, Modern Painters, SFAQ, The White Review and ArtNews among others. Recent exhibitions include “One Tune Outta Turn” at Eleanor Harwood (San Francisco); "Bruce to Brock and Back" at Envoy Enterprises (New York); "Trans-Form" at the Museum of Contemporary Canadian Art(Toronto); "Magic for Beginners" at P.P.O.W(New York); "The Nature of Your Oppression is the Aesthetic of Our Anger" at Clint Roenisch(Toronto) and "More Than Two(Let it Make Itself) at The Power Plant(Toronto). He's represented in Canada by Clint Roenisch and in the US by Envoy Enterprises.