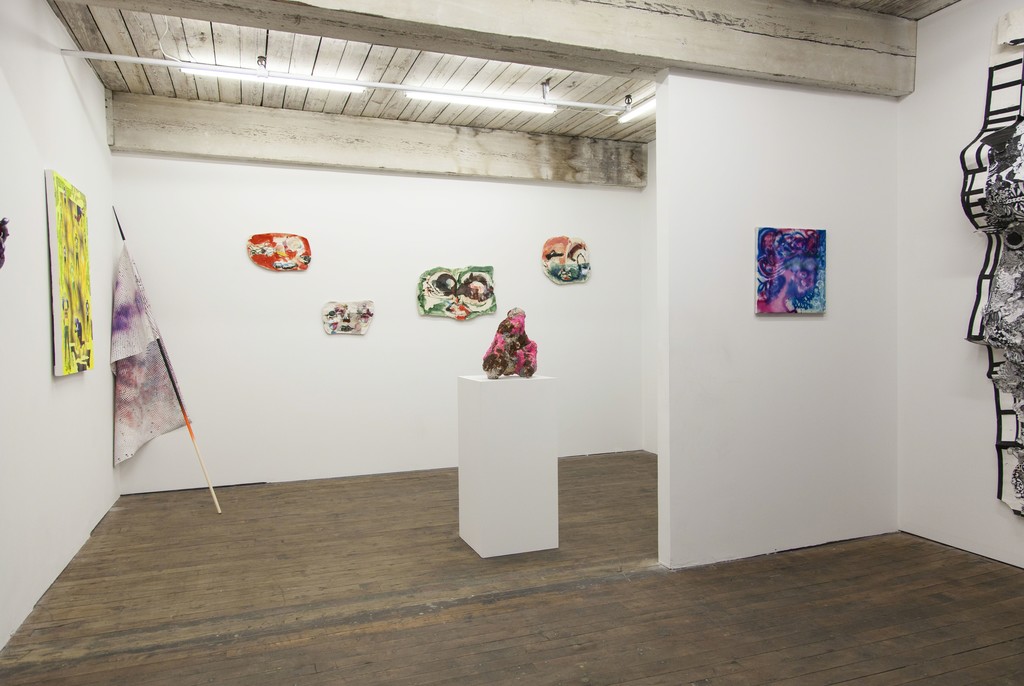 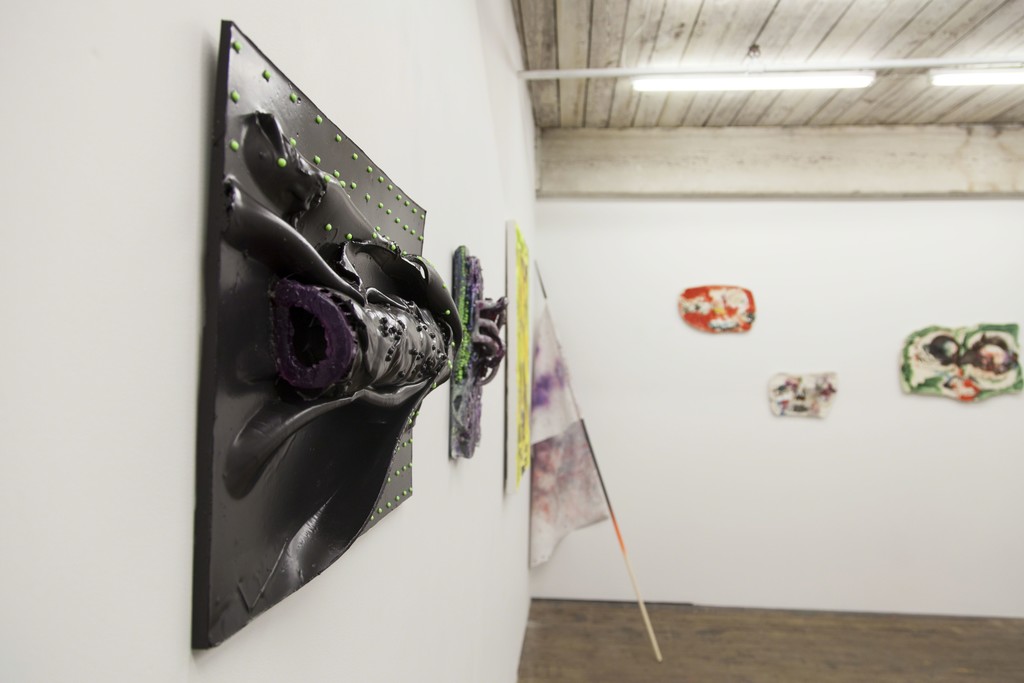 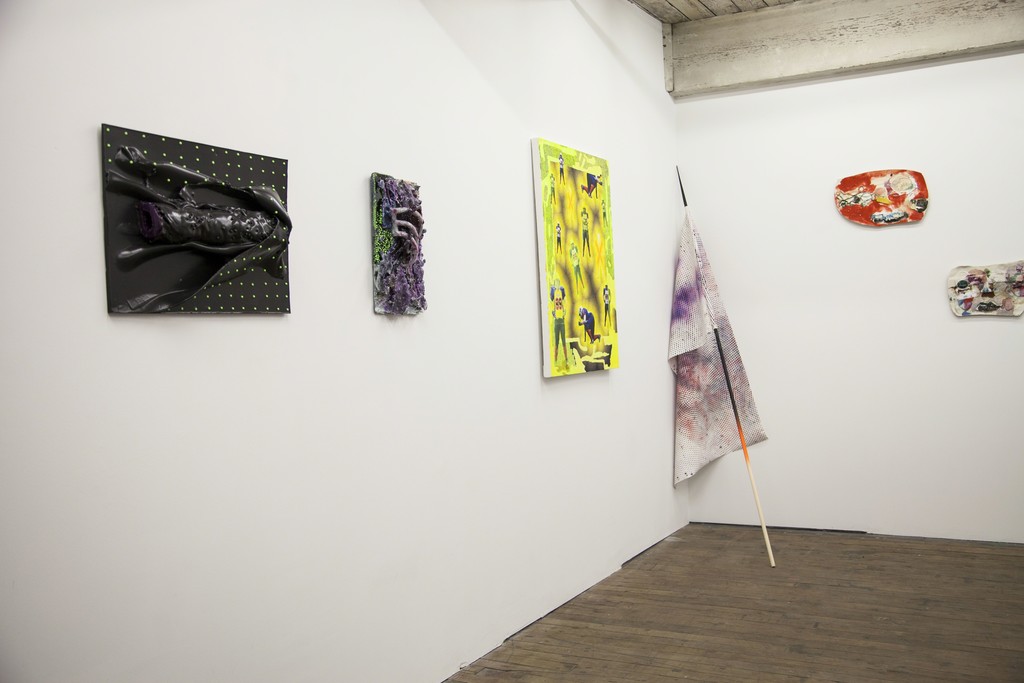 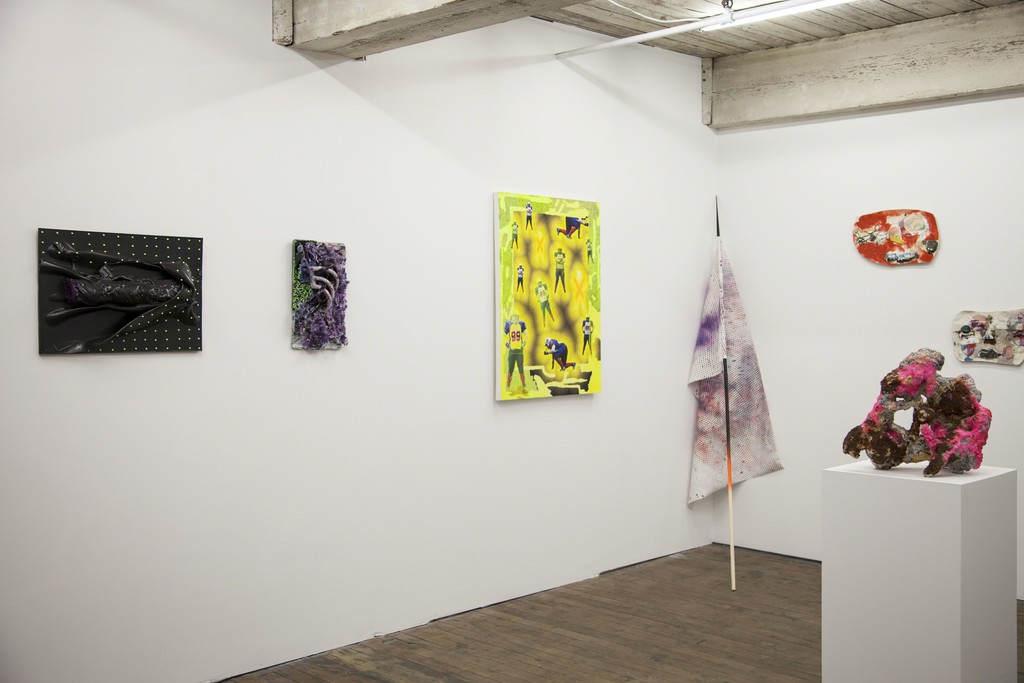 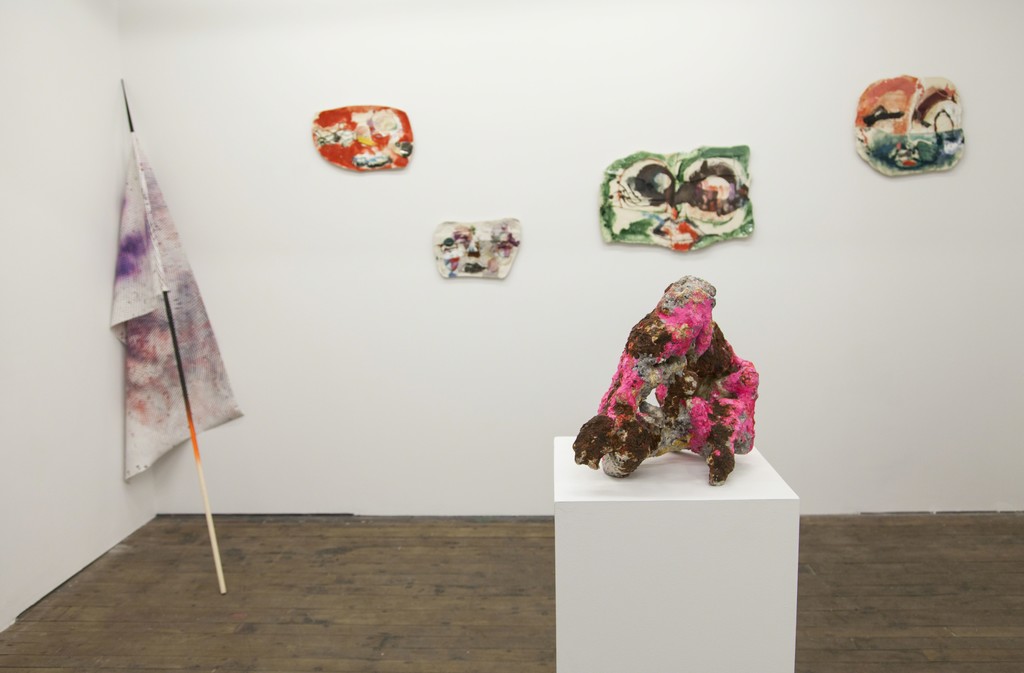 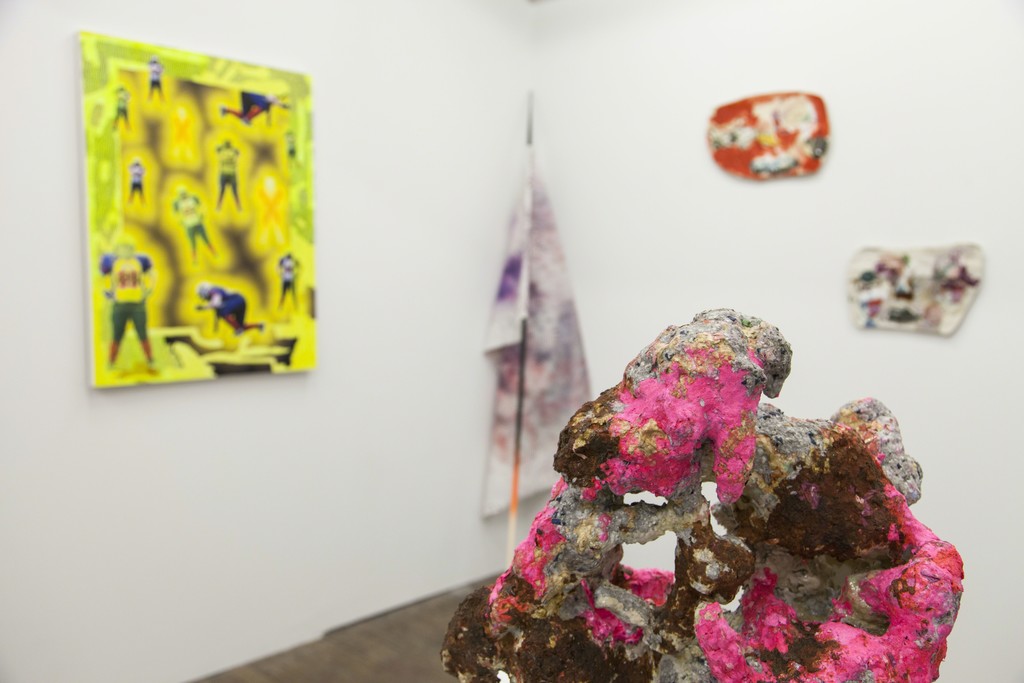 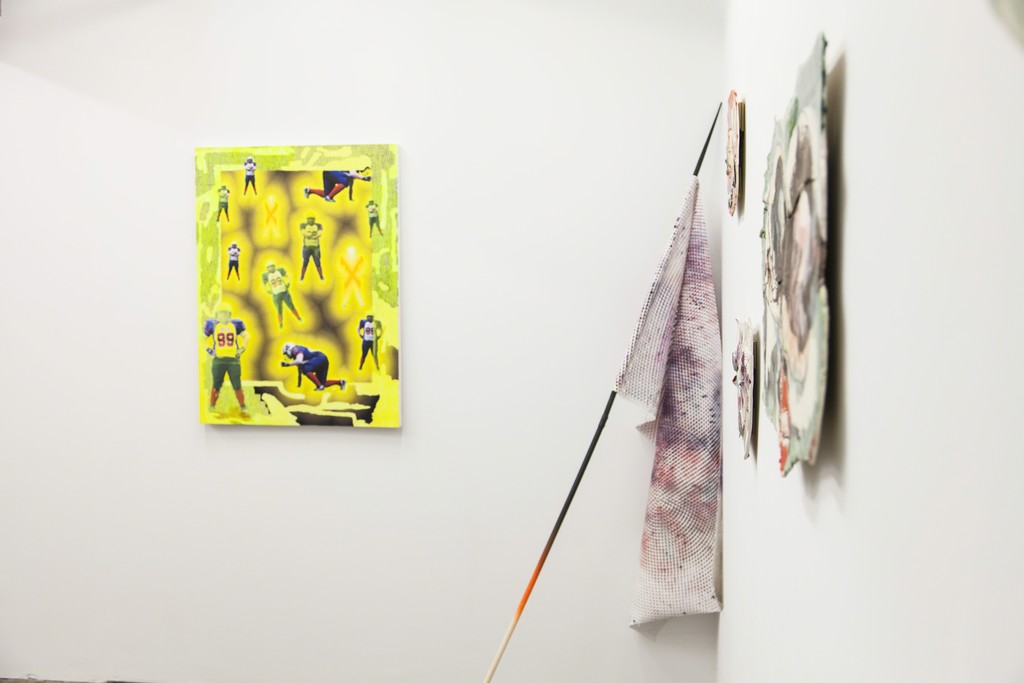 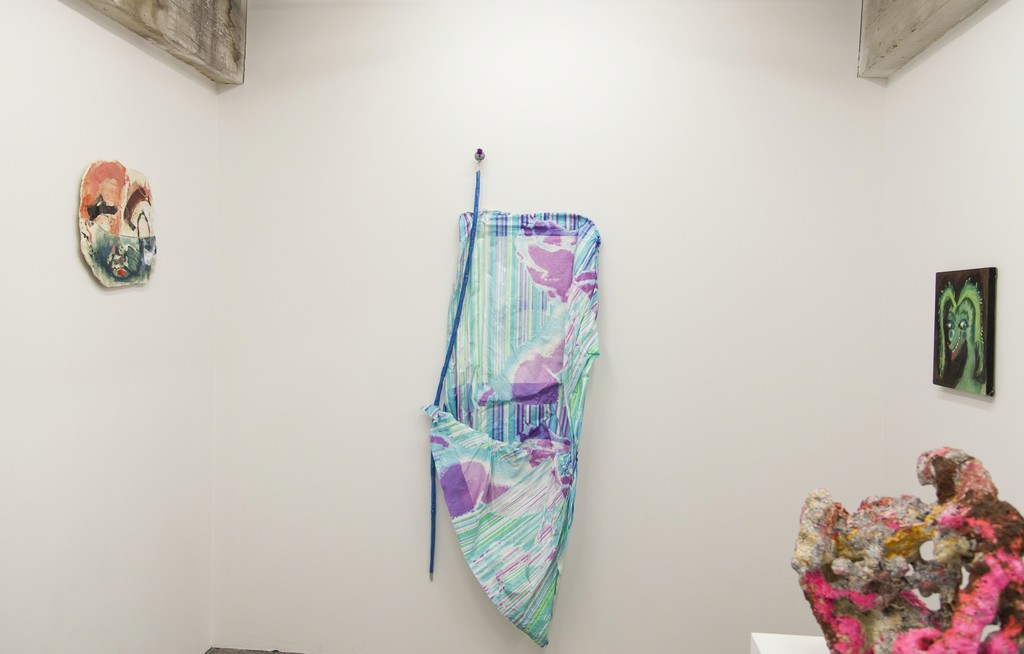 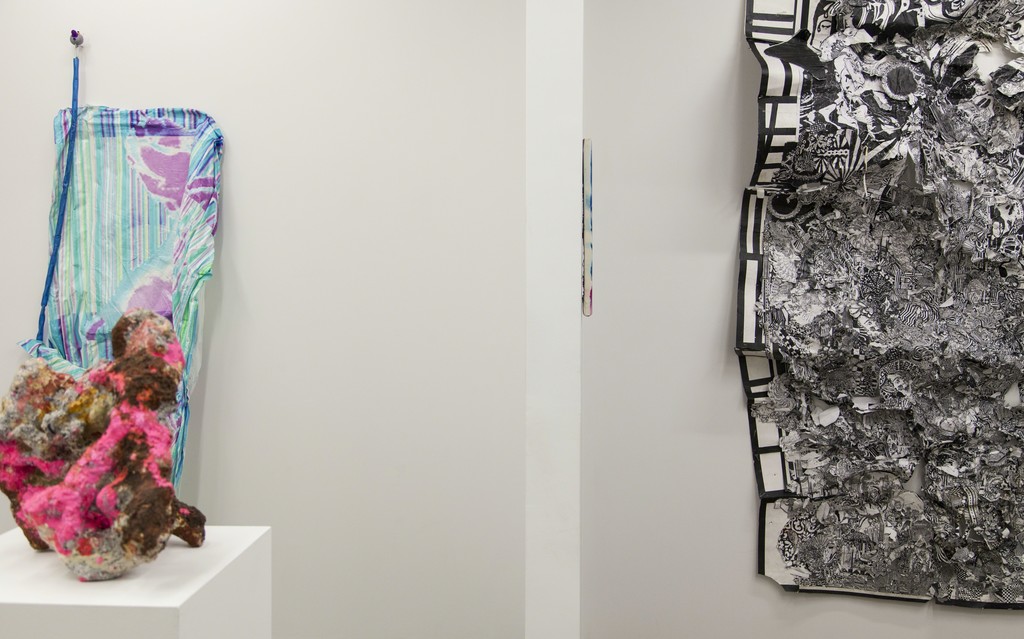 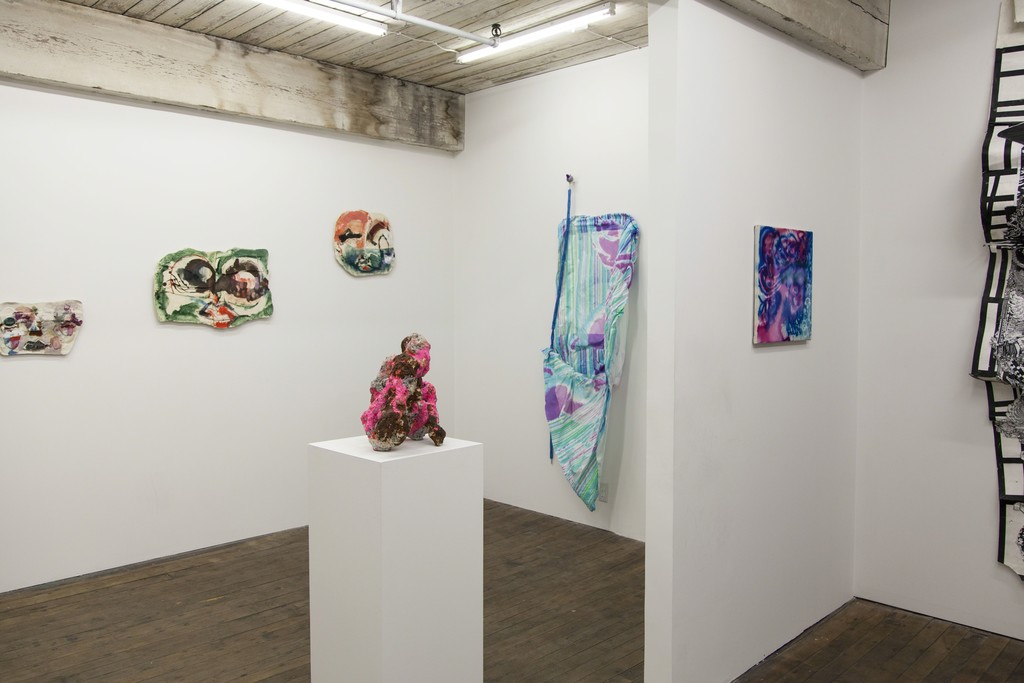 Dormant truths are attainable via intuitive capacity, enabling comprehension of the nature of reality. Where most everything is quantifiable and able to be broken down into consensus based truths, visual art is uniquely capable of accessing non verbal communications and concepts.

NOW EAT YOUR MIND is an exhibition of 8 artists collected intuitively rather than out of scripted curatorial process.
Paul Demuro: I was born in 1981 in Philadelphia. The house I grew up in was near 4 adjacent cemeteries, the largest of which served as my primary civic and play space. I went to school in Philadelphia, Chicago, and New Jersey. I have had solo and two person exhibitions in Philadelphia, New York,The Rockaways, and Paris. My paintings are in the collections of museums in Kansas and Texas and recently were exhibited in The Museum of Modern Art in St. Etienne, France. My new paintings include images my sister, who played defensive tackle for the Philadelphia female football team the Liberty Belles.

Cecilia Salama (b. 1990, London) lives and works in New York. Her work has been exhibited recently at Norte Maar, Harbor Gallery, and Momenta Art. She will be included in an upcoming exhibition at Circuit 12 Contemporary in Dallas.

Bonnie Brenda Scott was born and raised in Philadelphia. Her work in text, print, drawing, installation and sculpture has been published and shown around the US and the globe. Since receiving her MFA from Cranbrook Academy of Art, she has lived and worked in New York City. Her solo exhibition The Year Of No will be held at James Oliver Gallery in Philadelphia, February 2015.

Born in North Carolina, Randy Wray lives and works in New York. He holds a diploma from the University of North Carolina School of the Arts and a BFA from the Maryland Institute, College of Art. Residencies include the Skowhegan School of Painting and Sculpture and the Marie Walsh Sharpe Space Program. He is the recipient of awards including a John Simon Guggenheim Fellowship and an Adolph & Esther Gottlieb Grant.