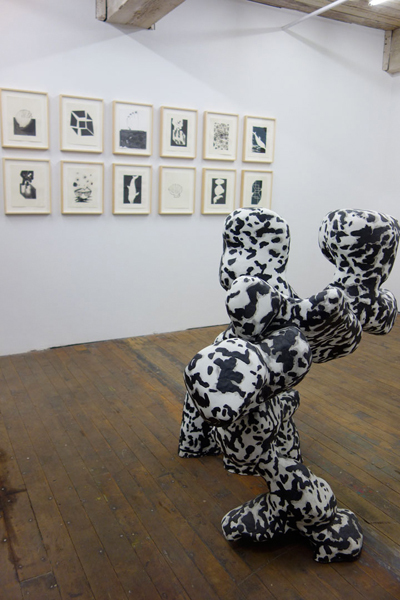 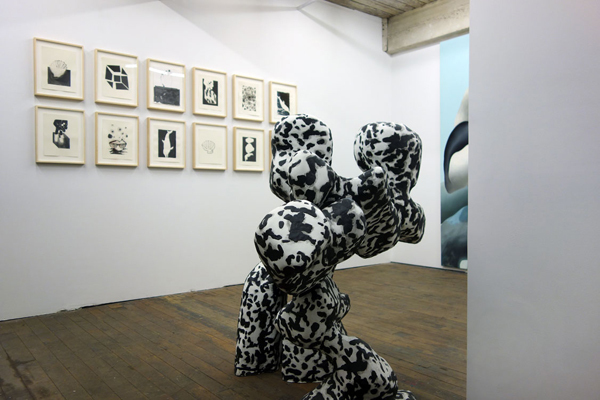 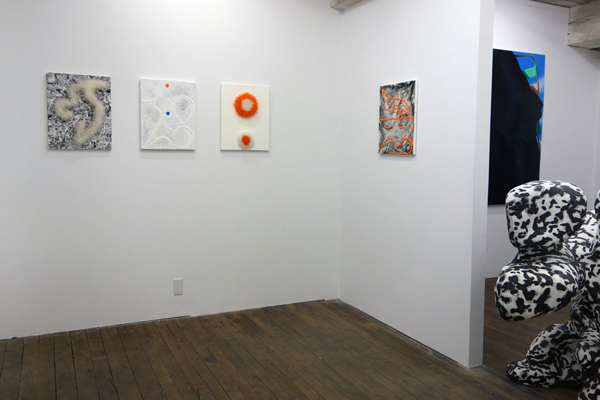 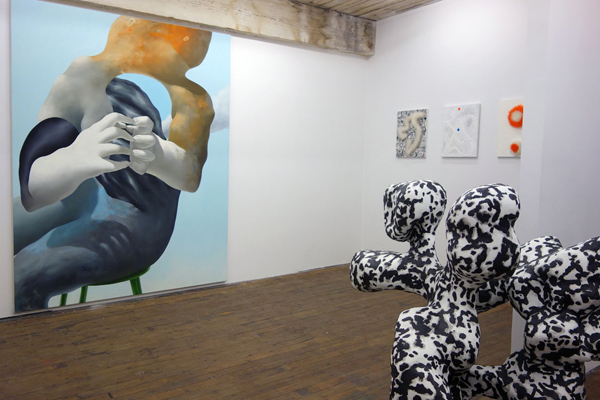 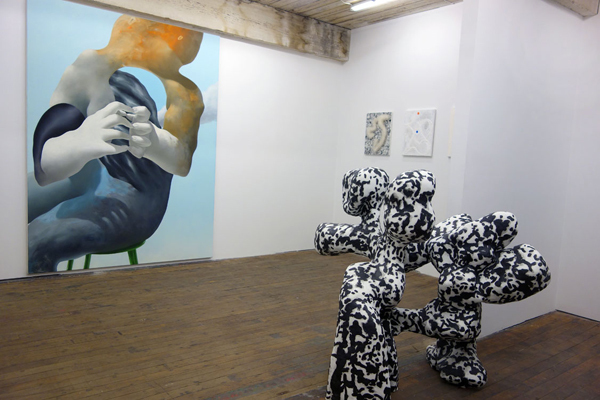 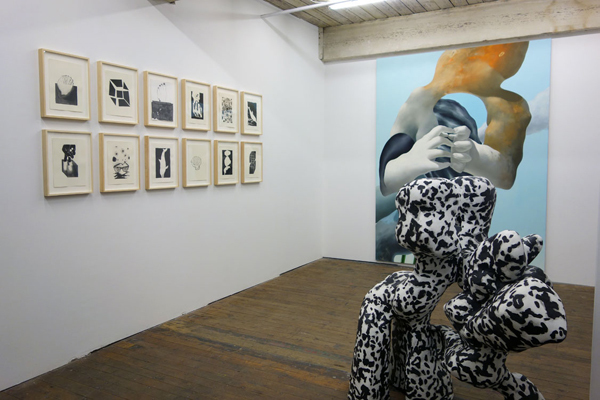 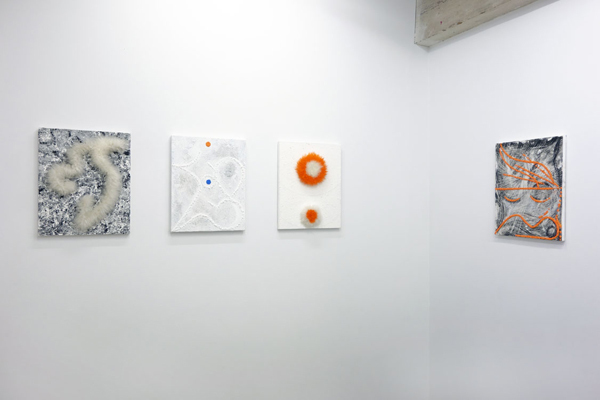 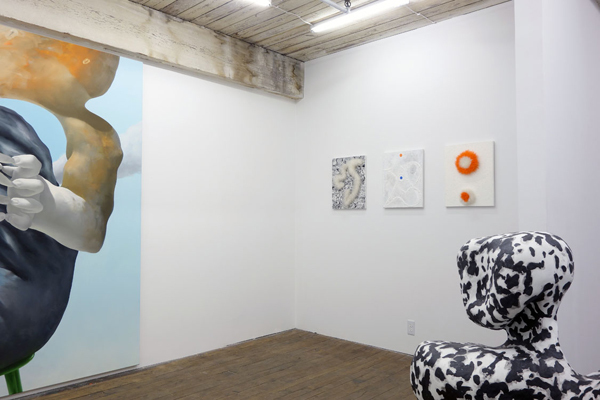 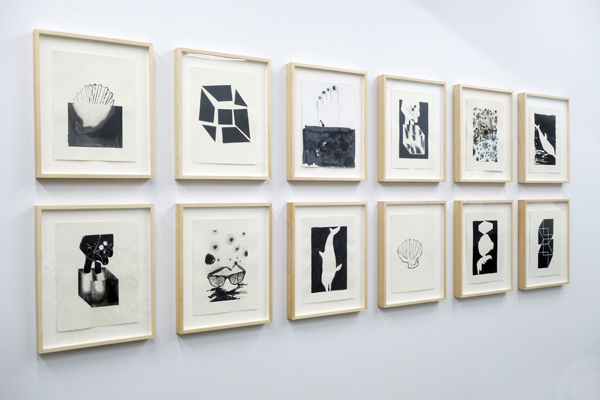 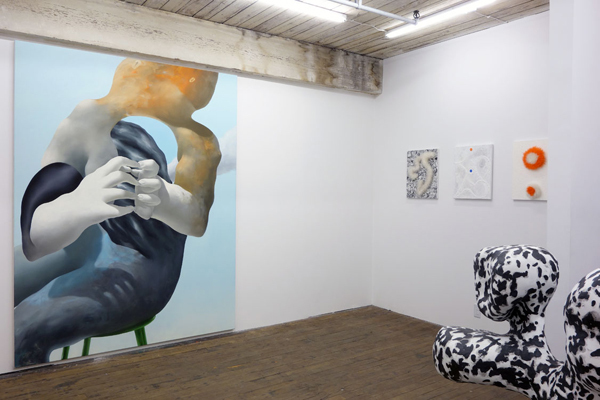 The tide recedes from the shore and leaves behind temporary ecosystems, restructured and contained. Adaptable creatures once at the depths of the sea floor, are caught in the craggy landscape and reorganize themselves into a new set of rules, dramatic climate shifts and feeding habits. Vulnerable to gulls and other land predators in their shallow transparency, tide pools are fascinating to scientists and casual beach enthusiasts alike for this same quality. It's in these still waters that mollusks, anemones, and smaller crustaceans are easiest to observe for their idiosyncrasies and industriousness.

Andrew Guenther (b. 1976) is an American artist based in New York. He earned his MFA at Rutgers University in 2000. Past themes that Guenther has presented in his work have been, evolution of the self, life and spirituality, and evolution of culture. Andrew Guenther has exhibited widely in North America and Europe. His work has been included in a number of publications including; The Triumph of Painting, Painting People: Figure Painting Today, and Nature Morte: Contemporary Artists Reinvigorate the Still-Life tradition.

Jordan Kasey (b. 1985) grew up in the Chicago area and received a BFA from the Maryland Institute College of Art in 2008. She has been living and working in Brooklyn, NY since 2013. She has had solo exhibitions in Baltimore, MD, Washington DC and Richmond, VA and her work has been included in group exhibitions at the Delaware Center for Contemporary Art, Project 4 in DC and Beginnings Gallery in Brooklyn. She received an Individual Artist Award in painting from the Maryland State Arts Council in 2010 and 2013.

Nicholas Moenich (b. 1985) is an artist based in Brooklyn, NY. He received a BFA from the Cleveland Institute of Art (2008) and a MFA from Hunter College (2011). In 2014, Nicholas was a visiting artist at Anderson Ranch Arts Center, attended the Vermont Studio Center residency program, and participated in a panel discussion and exhibition at the University of Cincinnati entitled Corporeal Texture. Recent projects include: If thats the name wewl do the same: Kristen Jensen + Nicholas Moenich, Harbor Gallery, Brooklyn, NY (2014), Jenal Dolson and Nicholas Moenich, Tempus Projects, Tampa, FL (2014), Regina Rex presents: Cemetarium, Emerson Dorsch, Miami, FL (2014).
Tracy Thomason was born in Gaithersburg, Maryland in 1984. She lives and works in Brooklyn, New York. Thomason received her MFA from Cranbrook Academy of Art, Michigan in 2008 and her BFA from the Maryland Institute College of Art, Baltimore, in 2006. Group exhibitions include James Fuentes LLC and Jeff Bailey Gallery in New York, and a two-person exhibition at Interlochen School for the Arts in Michigan (where she was a visiting artist and lecturer), as well as a solo exhibition at Tiger Strikes Asteroid in Philadelphia, PA. Tracy has had collaborative work featured in both Vogue and WWD.

Alex Ebstein is an artist, curator and writer based in Baltimore, MD. Recent exhibitions include Fovea, her MFA thesis exhibition at Towson University, After Space, a group exhibition at Loyal Gallery in Stockholm, Sweden and Implicit Horizon, a group exhibition at Mixed Greens in New York. She is the co-founder and director of Nudashank, an artist-run gallery in Baltimore that presented programming from 2009 – 2013. Independently, she has curated exhibitions at Reference Gallery in Richmond, Current and Gallery Four in Baltimore, Space 1026 in Philadelphia, and was curator in residence for the Park School of Baltimore's Centennial alumni exhibition. She is currently working toward a large-scale, survey exhibition at Towson University's Center for the Arts Gallery that will open in the fall of 2016.