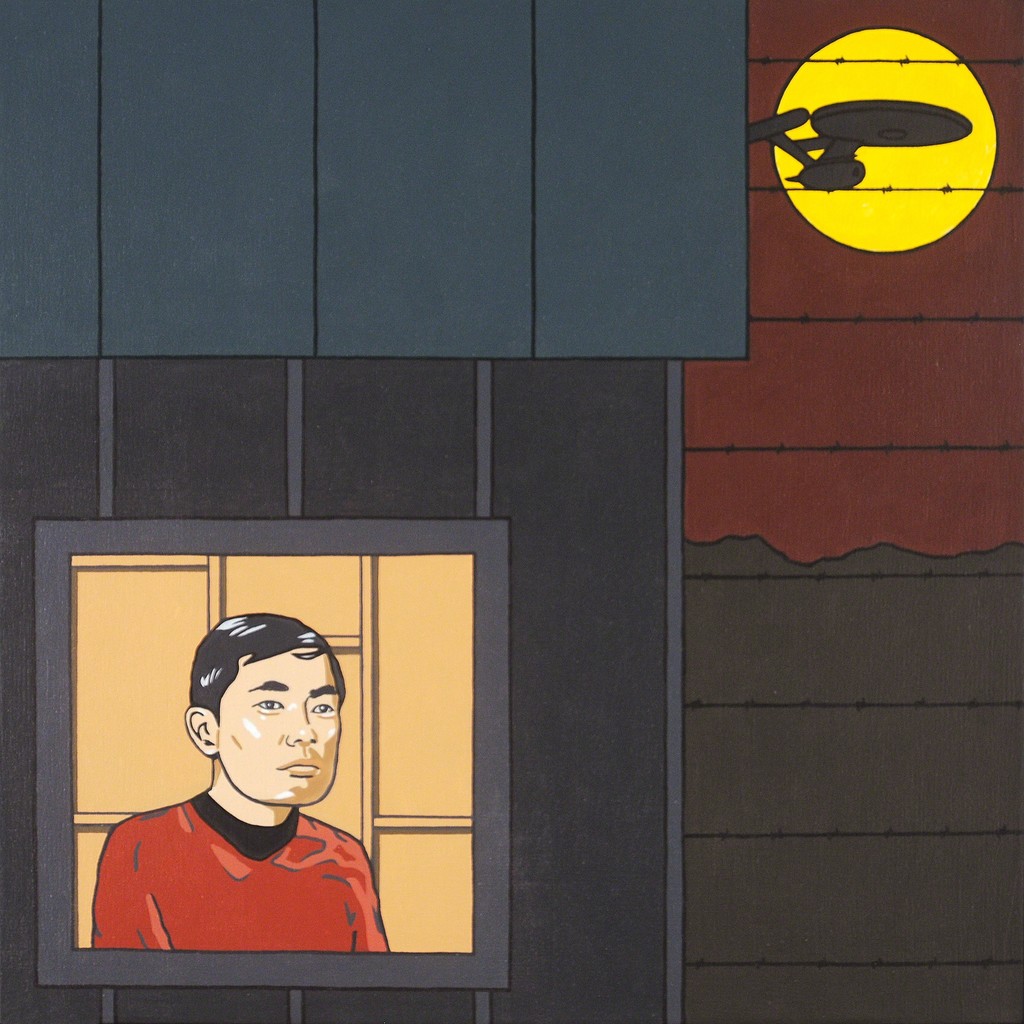 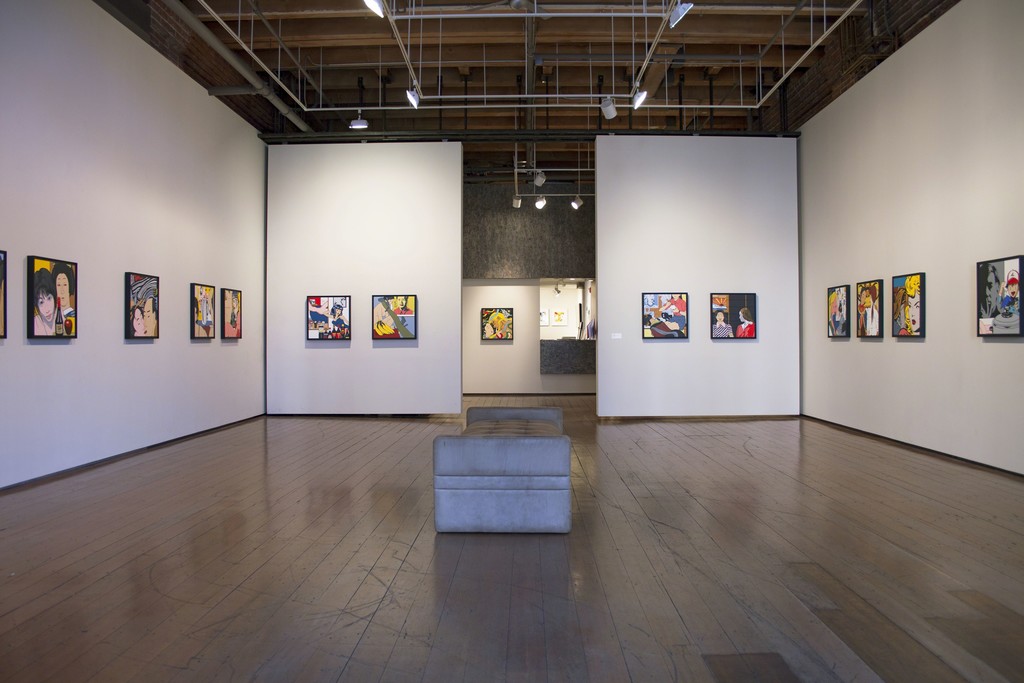 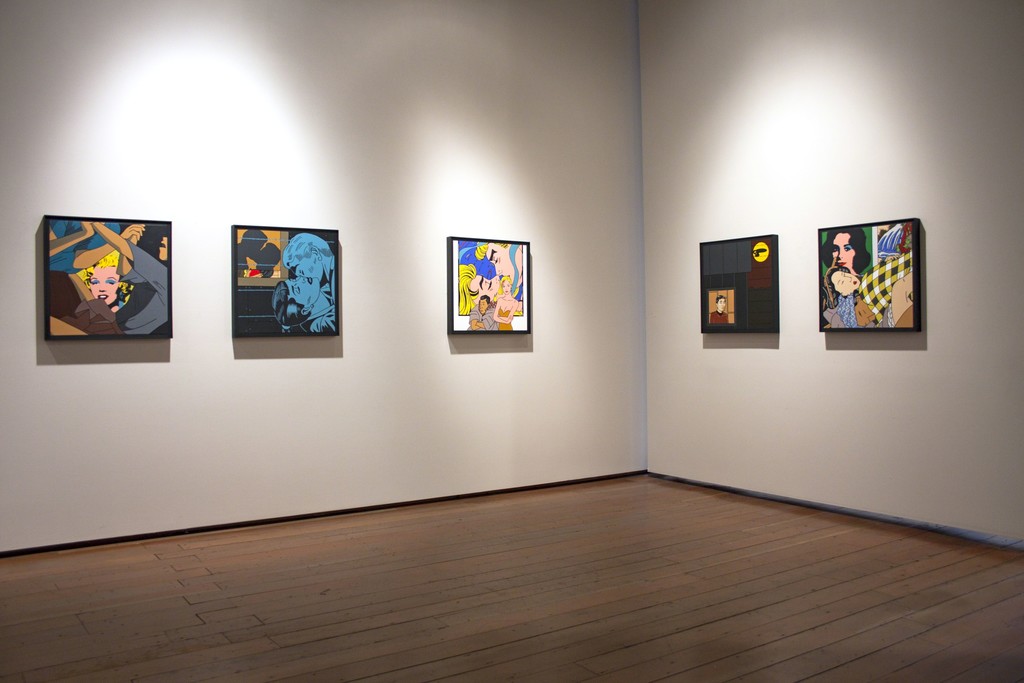 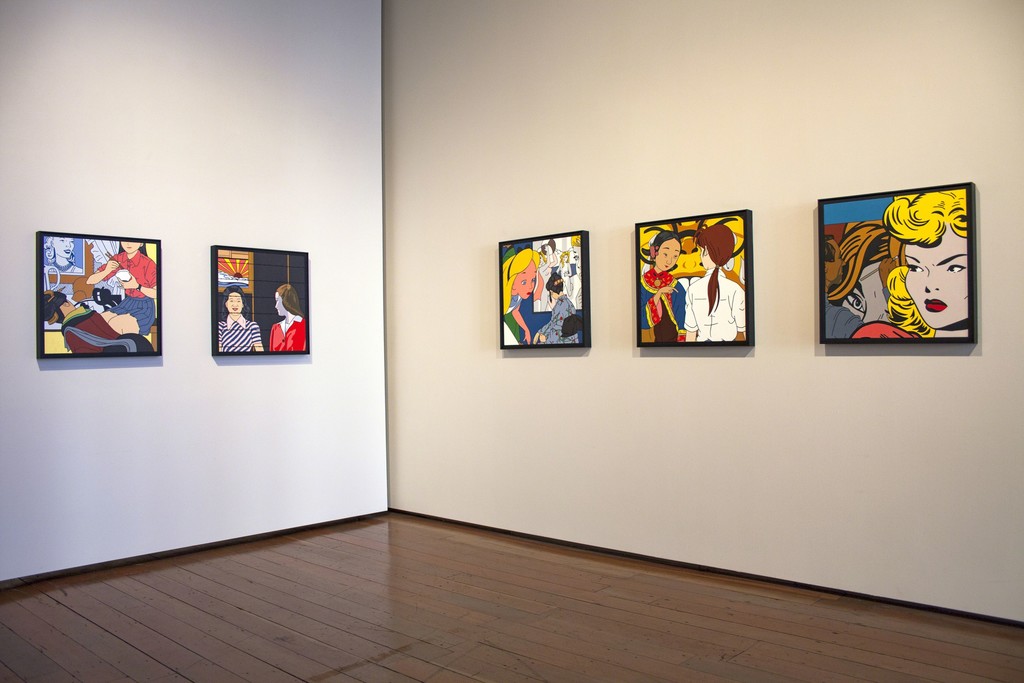 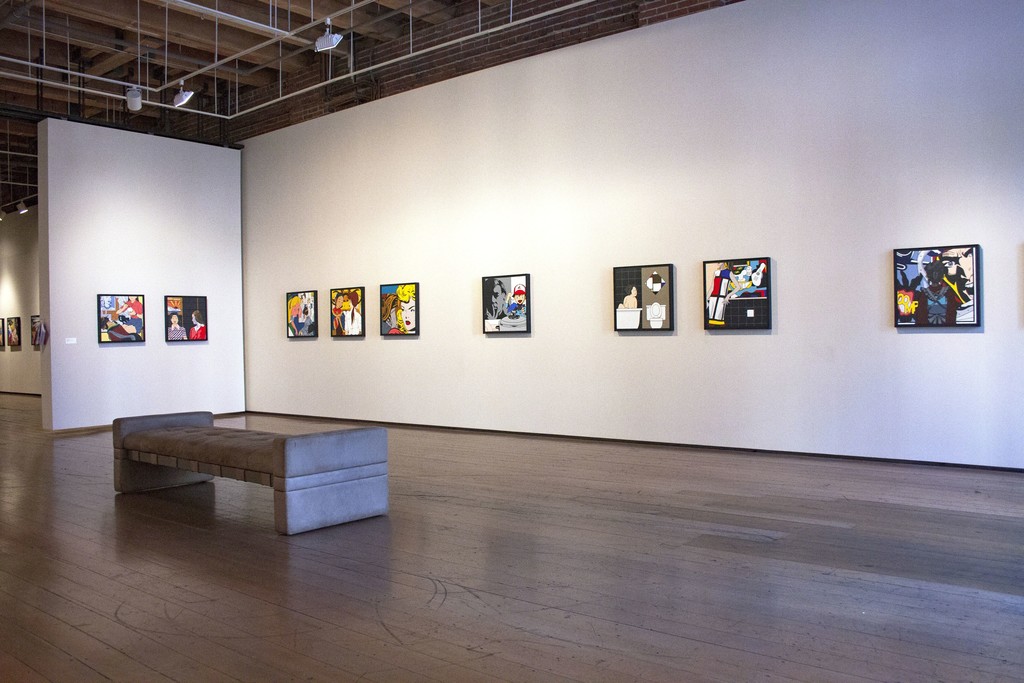 A catalog of the exhibition "Great American Muse" is being produced. It will illustrate all of the paintings in the show, along with an essay by Antonio Sergio Bessa, Director of Curatorial and Education Programs at the Bronx Museum

Greg Kucera Gallery is very pleased to announce our twelfth exhibition of work by Roger Shimomura. Shimomura’s paintings address the politics of ethnicity and perspectives of the Japanese American experience. Through an aesthetic and political comparison between Western and Eastern traditions and perspectives, the artist uses images from both cultures, creating a complicated layering of pictorial information and social observation. As his paintings and prints are interpreted and decoded by the viewer, Shimomura’s tangled intentions are revealed in a subtly political way.

Central to my work is the manipulation of common objects into something other than what they seem. Recently, I became reacquainted with Great American Nude, a series of paintings by American Pop artist Tom Wesselmann. The interplay between the female figure, still life objects, and a familiar piece of contemporary art fascinated me as it set up multiple interpretations. By starting with Wesselmann’s premise of juxtaposing three separate motifs and by my adding representations of race and culture to the mix, the level of interpretation rose exponentially, each component adding its own history and viewpoint, resulting in endless possibilities for dialogue and debate. - Roger Shimomura

BIOGRAPHY
Shimomura received a B.A. degree from the University of Washington, Seattle, and an M.F.A. from Syracuse University, New York. He has had over 130 solo exhibitions of paintings and prints, as well as presented his experimental theater pieces at such venues as the Franklin Furnace, New York City, Walker Art Center, Minneapolis, and The Smithsonian Institution, Washington, DC. He is the recipient of more than 30 grants, including National Endowment for the Arts Fellowships in Painting and Performance Art. Shimomura is in the permanent collections of over 85 museums nation wide. His personal papers and letters are being collected by the Archives of American Art, Smithsonian Institution in Washington, DC.

Shimomura began teaching at the University of Kansas, Lawrence, KS in 1969. In 2004 he retired from teaching and started the Shimomura Faculty Research Support Fund, an endowment to foster faculty research in the Department of Art. He currently lives and works in Lawrence, KS.