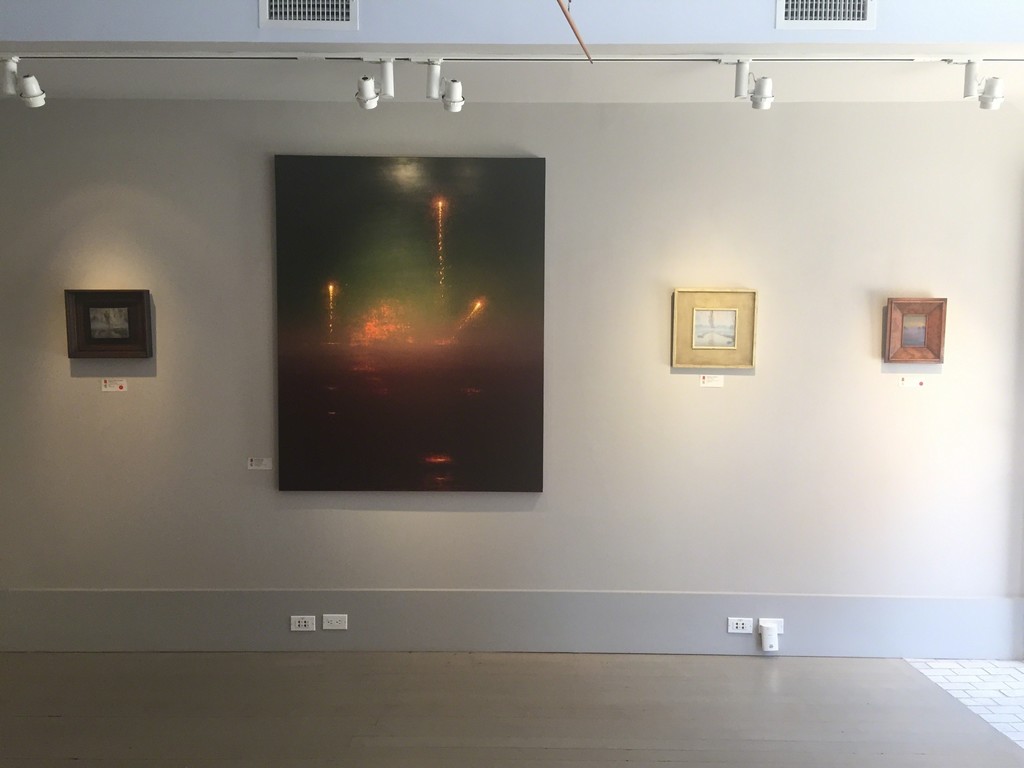 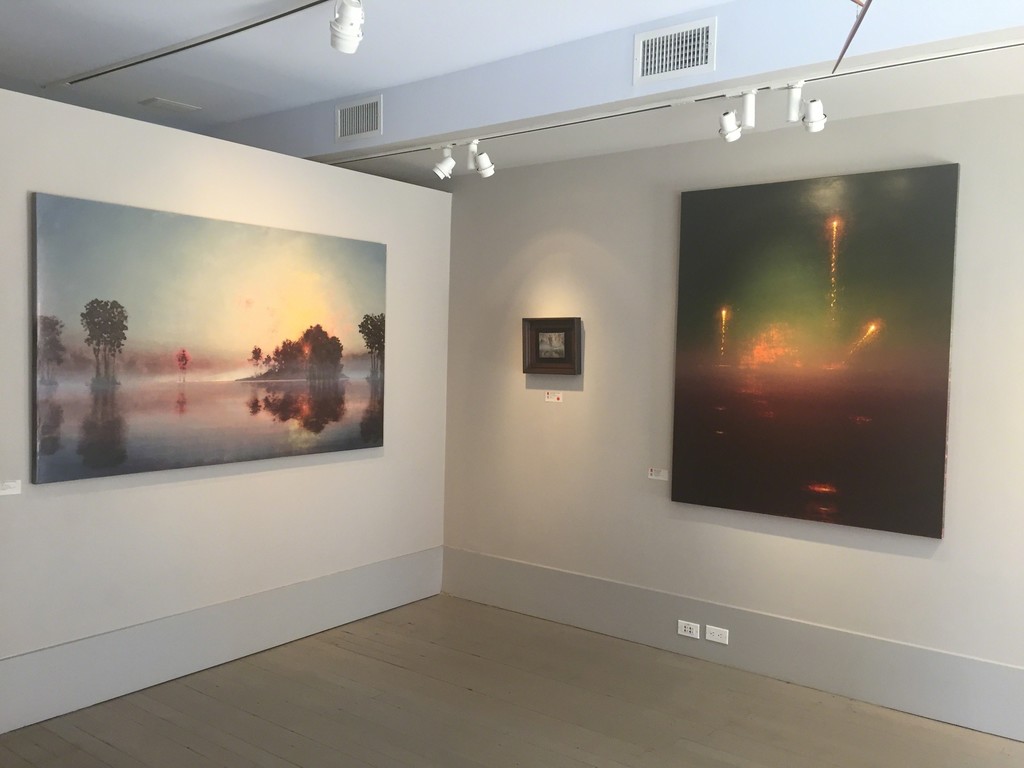 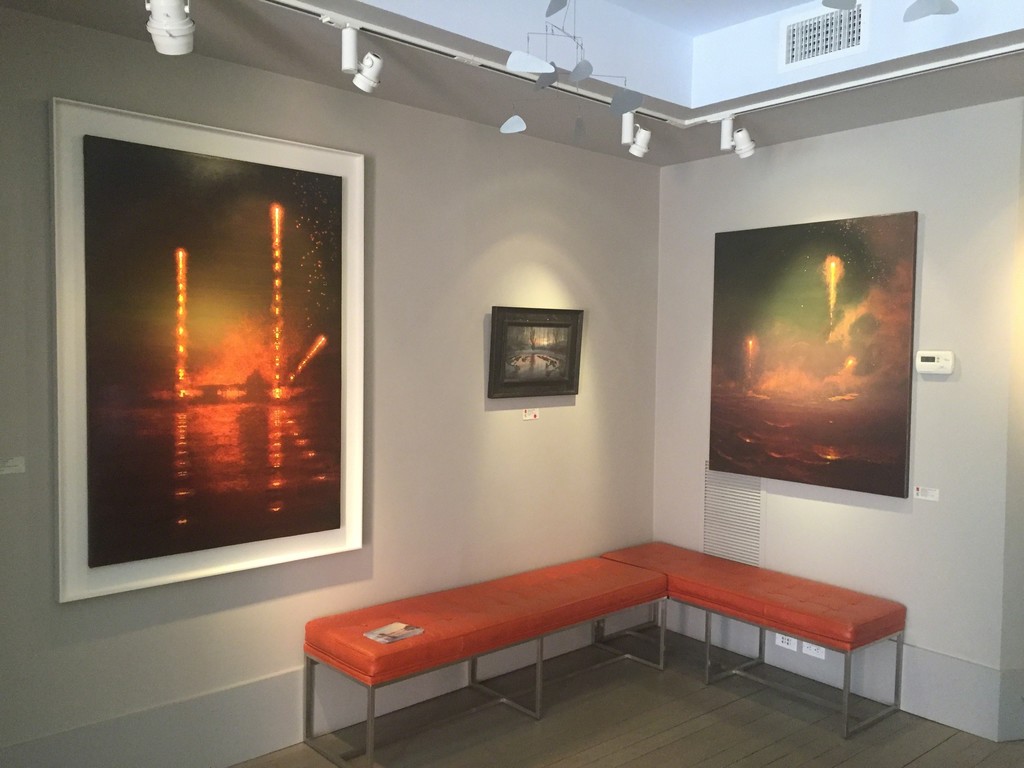 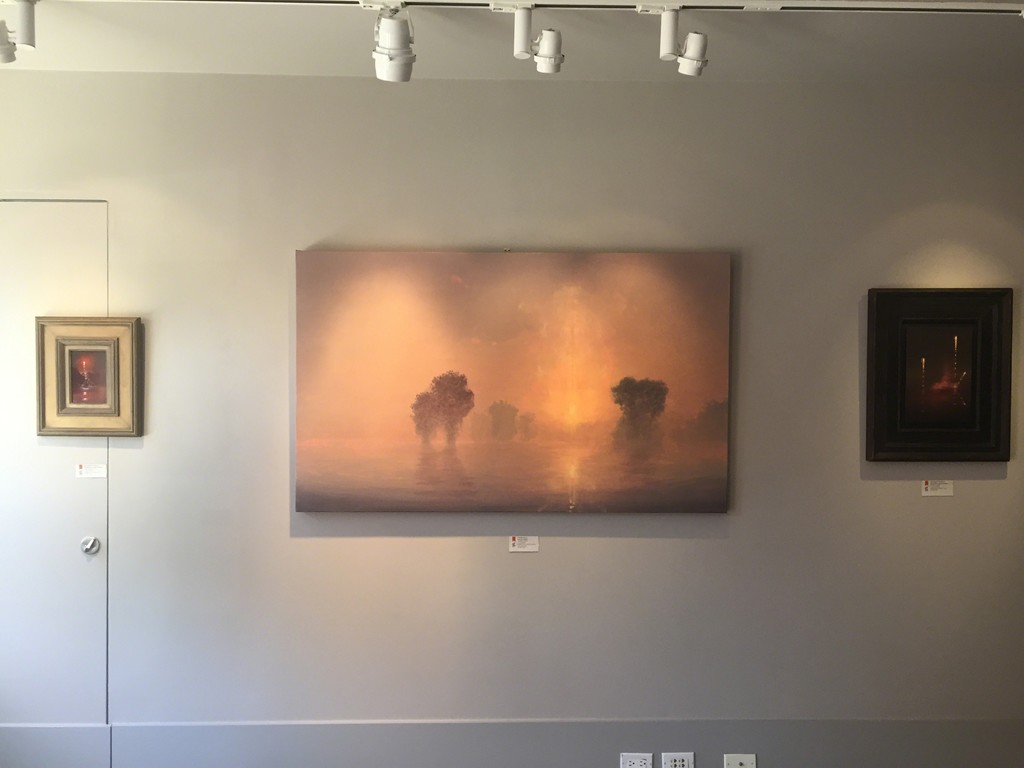 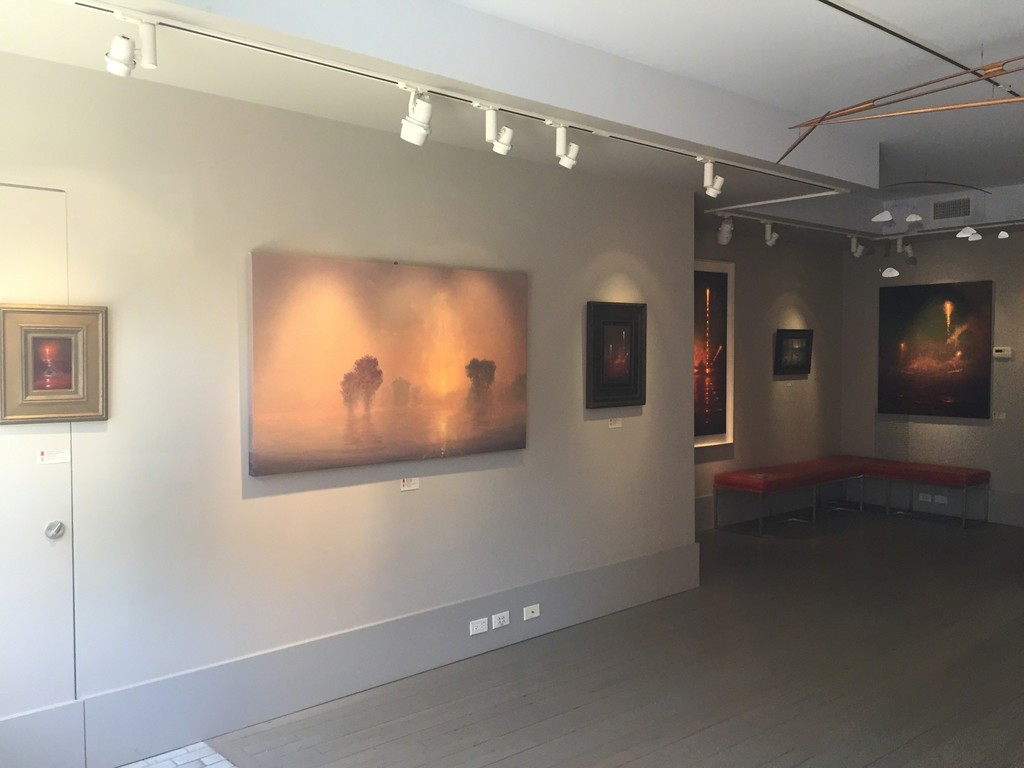 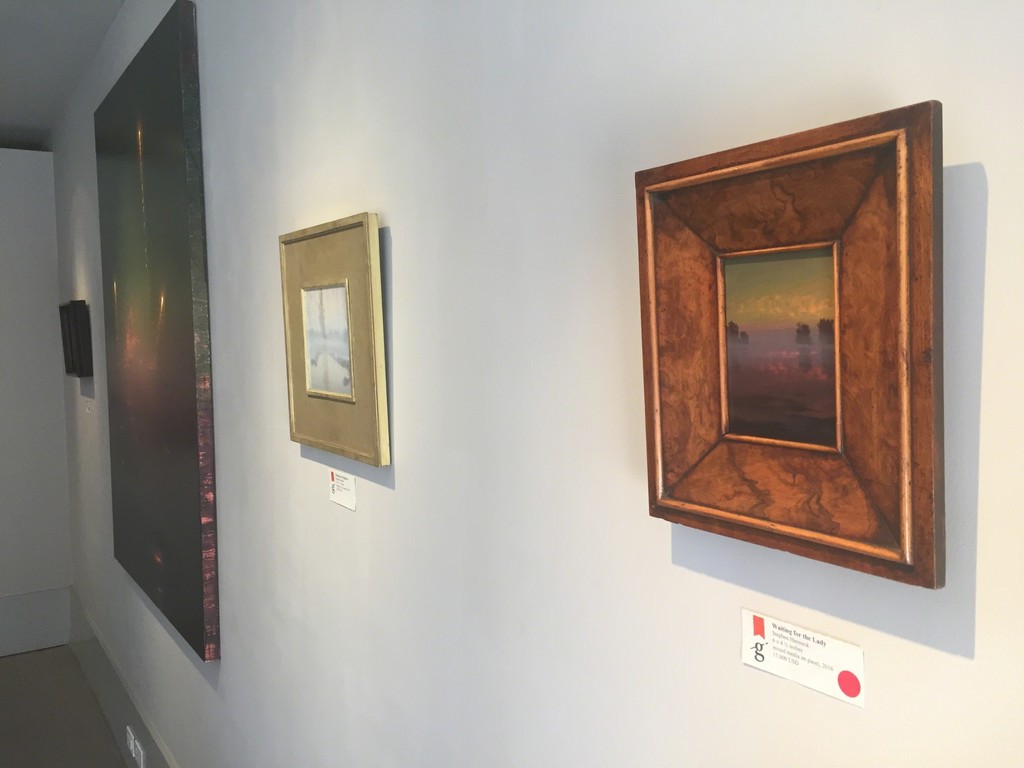 The Grenning Gallery is overjoyed to invite the community to attend the Opening Reception of Stephen Hannock Solo Show on Saturday, June 10th from 6:30 – 8 pm. This show will hang until July 2nd, 2017. The Grenning Gallery is honored to be hosting an exhibit of works by the vaunted American painter Stephen Hannock (b. 1951) this month. Respected as one of the most revolutionary landscape painters in his generation, Hannocks love of the great Hudson Valley painters is evident in his work. His use of modern materials and practices distinguishes him from the normal Grenning Gallery fare. The luminosity and depth of his work stands up to any Old Master or 19th Century Master that we have ever seen, but with an added modernity – employing the use of innovative materials and collage to tie it all together. Hannock’s work can be found at the Metropolitan Museum of Art, Whitney Museum, Smithsonian Museum, The National Gallery, the Museum of Fine Art in Boston, and the MFA in Houston, as well as the collections of Yale, Princeton, Harvard Universities and Bowdoin College. He has had solo shows in New York and across the country since 1985, and is currently represented by Marlborough Gallery, which has a global presence. Flooded River with Red Maple (Mass MoCA #241) at 44 x 72 inches is the big scale star of this Stephen Hannock solo show as it demonstrates his ability to create a luminous evocative painting, with the rich warm sunrise tones peeking through mist, which is rising into the teal blue morning sky. In this work, Hannock explains that he is commenting on seasonal sweeping away of debris gathered over the winter, which is an annual event. Rather than looking at the devastation one can see in a flood, he prefers to think about the cleansing ramifications. There is a wonderful series of smaller paintings from the rocket series, inspired by Whistlers rocket paintings. Hannock says he is fascinated by and working to capture the quickly moving light BEFORE the starburst…it was the anticipation of the crescendo that he wanted to paint. Incendiary Nocturne with Stormy Sea at 48 x 40 inches evokes this excitement in its portrayal of several streaking rockets. We are especially pleased to be featuring a selection of gems from Hannock’s ongoing Ophelia series. In an homage to the effective storytelling compositions of the Pre-Raphaelite painters, Hannock is mid-stream in his exploration of the Ophelia theme. Lovesick and caught in a web of deceit, the classic Ophelia falls from a weeping willow into the waters and drowns…or did she leap? Hannocks more contemporary reference in the painting Flooded Oxbow for Ophelia 5 ½ x 6 5/8 inches, features beautiful and moody images lifted from Gregory Crowdsons Ophelia, which portrays a woman floating in the living room of a flooded suburban home. He is also including references to Kiki Smiths Ophelia.. It was Hannocks deep pain from seeing his wife lying in the hospital bed, in total confinement after her stroke that connected him to Ophelia. This experience created a profound understanding of the vulnerability of women and their need for protection and support from men and yes…other women too. The feminist theme underlying this heartfelt inspiration has become a far more universal topic over the last 6 months.