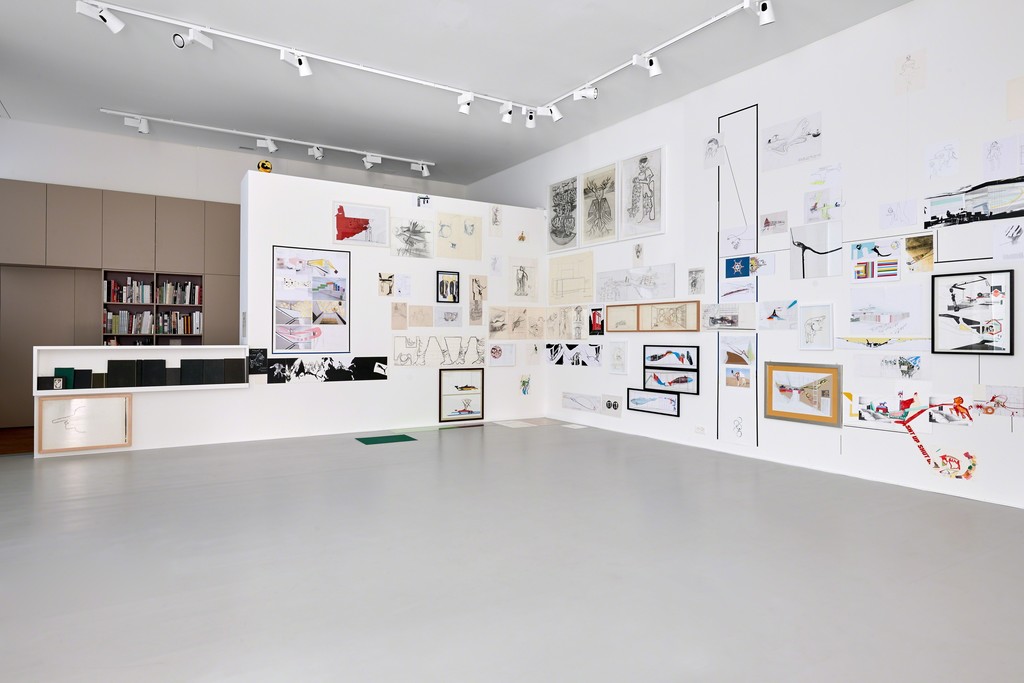 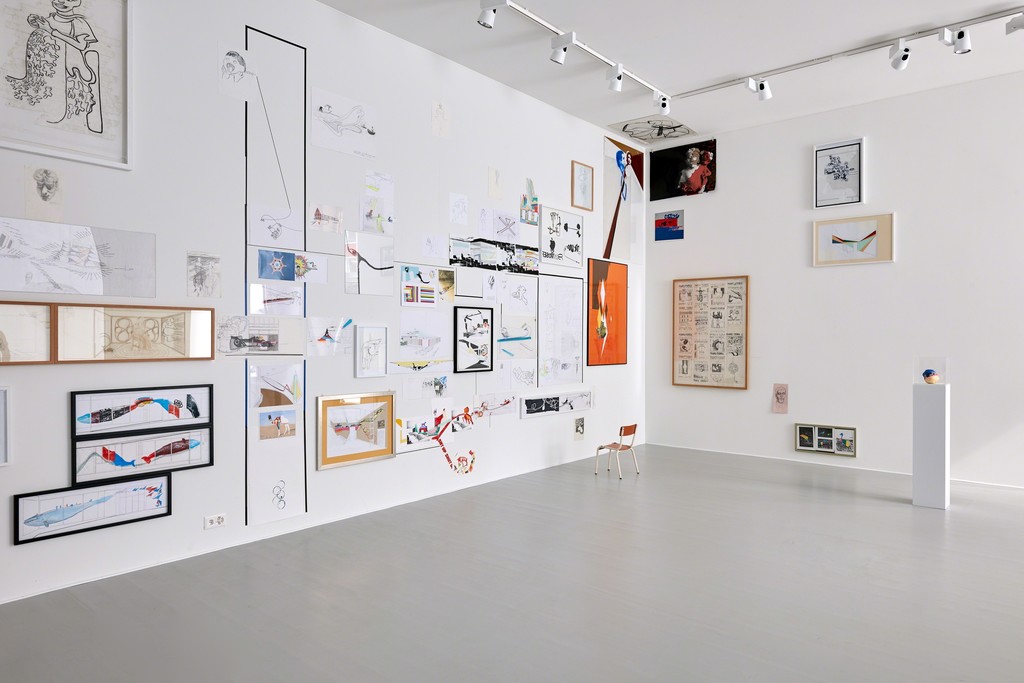 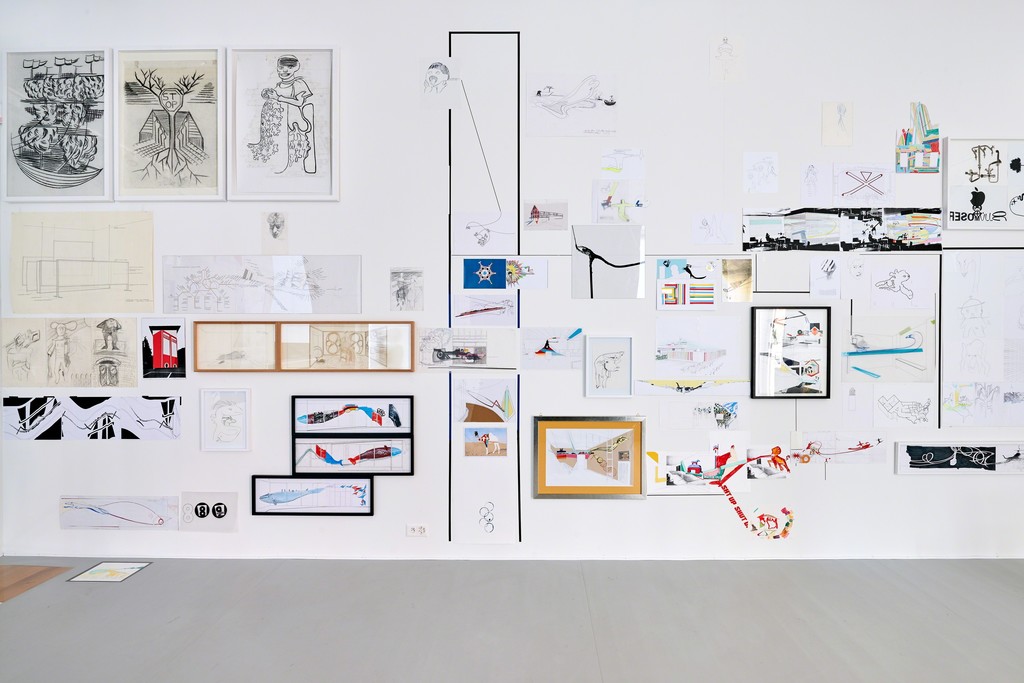 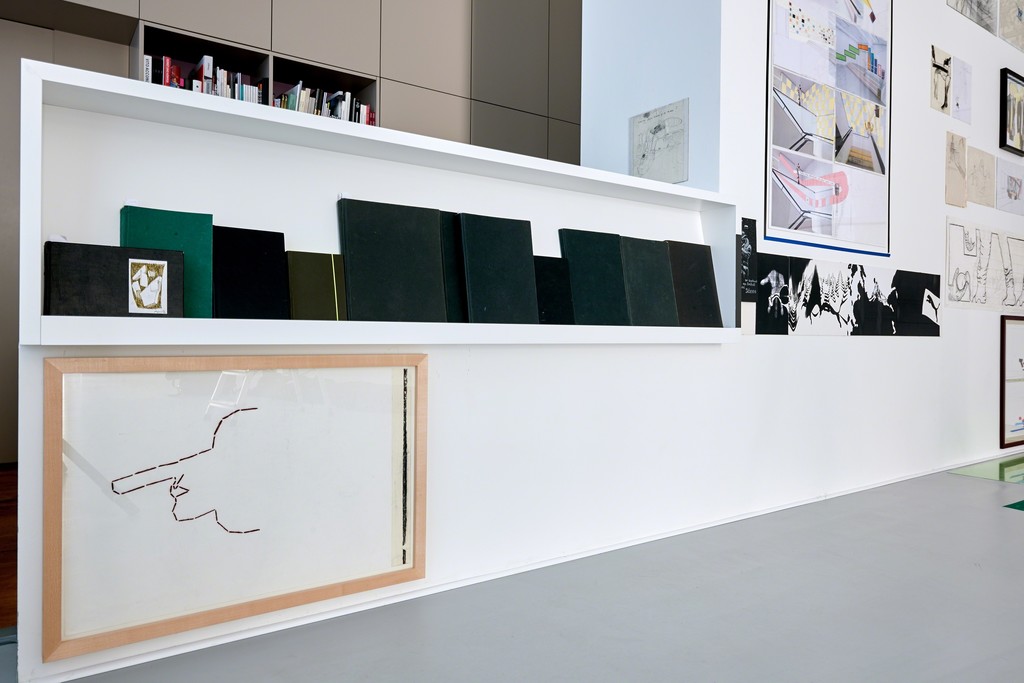 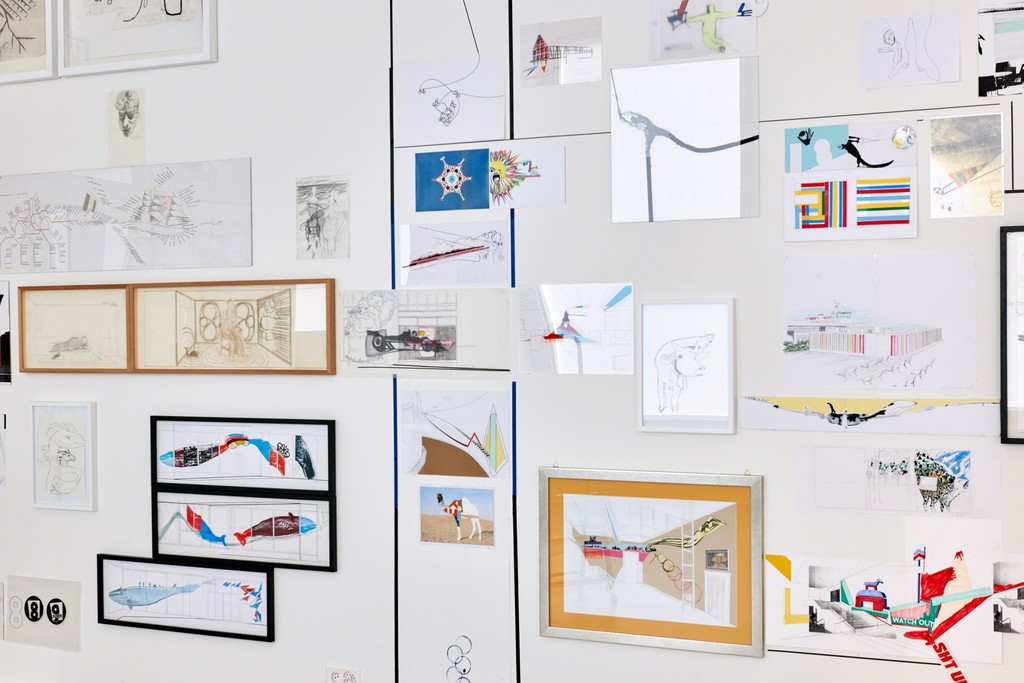 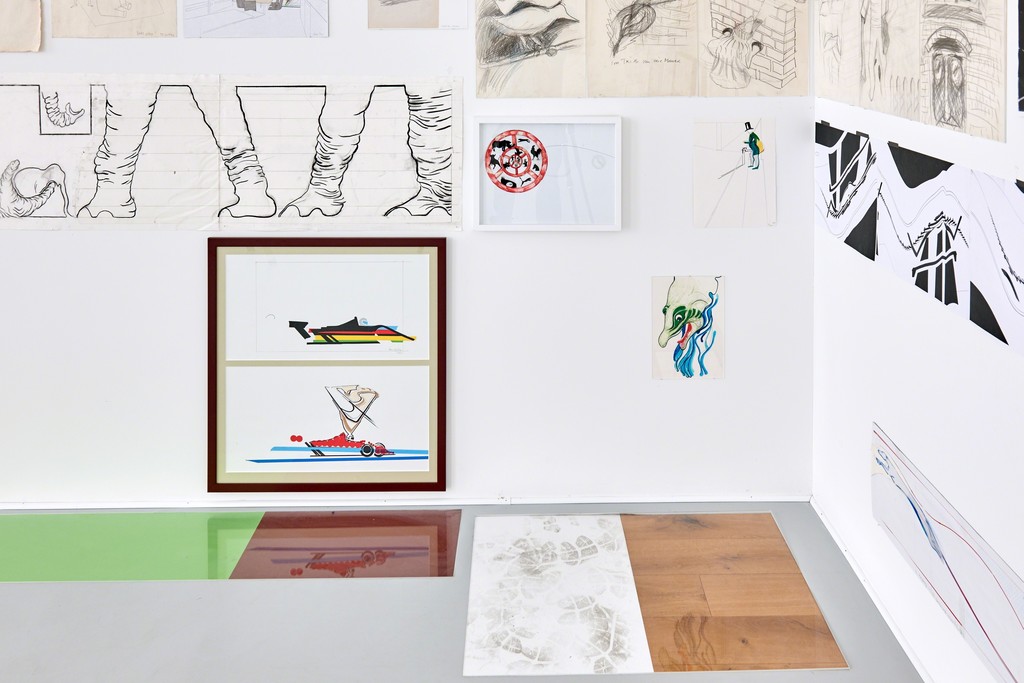 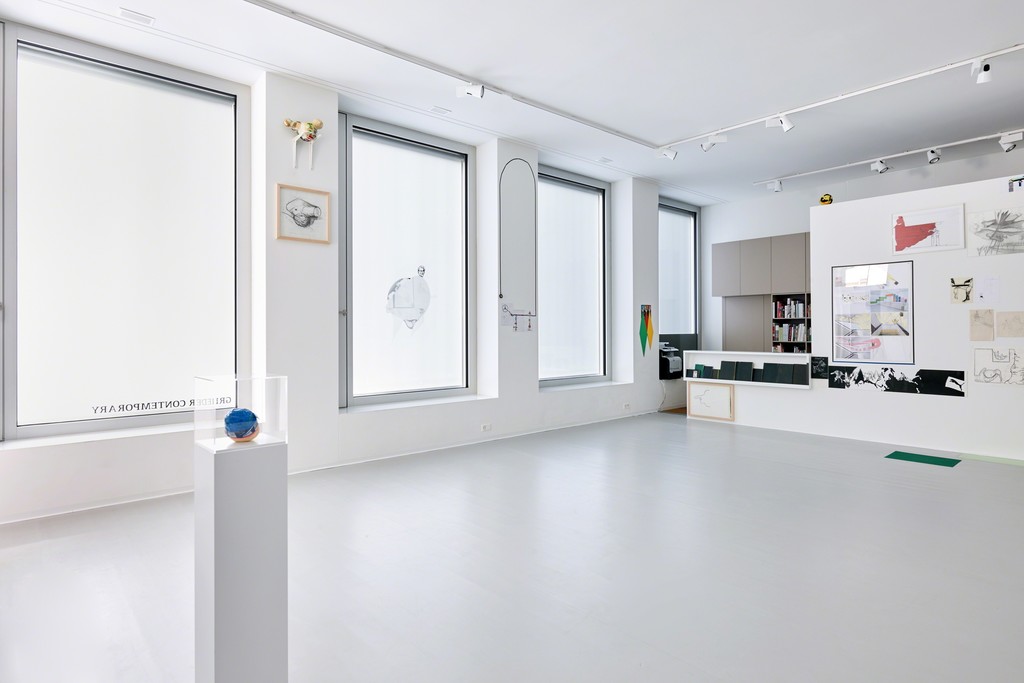 Nic Hess's exhibition Grosser Fahrplan für eine kleine Stadt (Big timetable for a small town) finds the artist looking back on more than 20 years of creative activity. It also finds him providing access, for the first time, to the activity underlying the drawing installations with which he has made his name. On display are works created between 1985 and the present day.

Nic Hess is known for his stirring, dramatic decorations of walls and interior spaces, which he covers with gestural ciphers and pictures – here playfully dynamic, there with irony. His iconographic repertoire includes familiar emblems from our consumer society and images from the collective consciousness, which he combines with works from art history and pop culture. He spins the resulting narrative thread as he will and leaves the interpretation to the spectator's imagination.

Grosser Fahrplan für eine kleine Stadt finds Hess granting access to the extensive archive from which he draws inspiration for these sensational facades.
The title of the exhibition is taken from one of the artist's first drawing installations, created exactly 20 years ago in the spring of 1995. As demonstrated by the systematic lines linking individual points, the exhibition experiments with a diagrammatic archiving system that reproduces the various stages in Nic Hess’s oeuvre and makes them newly readable.
The presentation comprises a selection of the artist's earlier, free and partly unfinished drawings, plus project sketches and their transformation into works in their own right. Grosser Fahrplan für eine kleine Stadt is an illustrative portrayal of the materialisation of Hess’s world of ideas: sometimes raw, sometimes refined and fragile, it shows that his talent and urge to draw have always been at the root of his artistic creativity. Nic Hess positions the individual works in a variety of blocks and groupings, creating as he does so a space-consuming installation, whimsically devising at the same time the phrasing of his own creative history, which began in the mid-eighties. The fact that he is raising the veil on his most private works in his home town, of all places, is no coincidence.

Nic Hess (*1968) studied at the Gerrit Rietveld Academie, Amsterdam and the Hochschule der Künste, Berlin. His installations have been seen in numerous solo and group exhibitions in Europe, the USA and Mexico, including at the Haus der Kunst, Munich (2004), Casa del Lago, Mexico City (2006) and Armand Hammer Museum, Los Angeles (2009). Nic Hess has received numerous awards and grants, including Switzerland's prestigious Eidgenössischer Preis für freie Kunst (1999/2000), the Manor Kunstpreis (Canton Zurich – 2002), a MoMA PS1 grant (New York – 2001) and a Landis & Gyr studio grant (London – 2010). In 2015 work by Hess is also to be seen in a solo exhibition at the Kunsthalle Münster, and he is contributing a drawing installation to the Spaceliner exhibition at the Museum Arter, Istanbul. Nic Hess lives and works in Zurich.