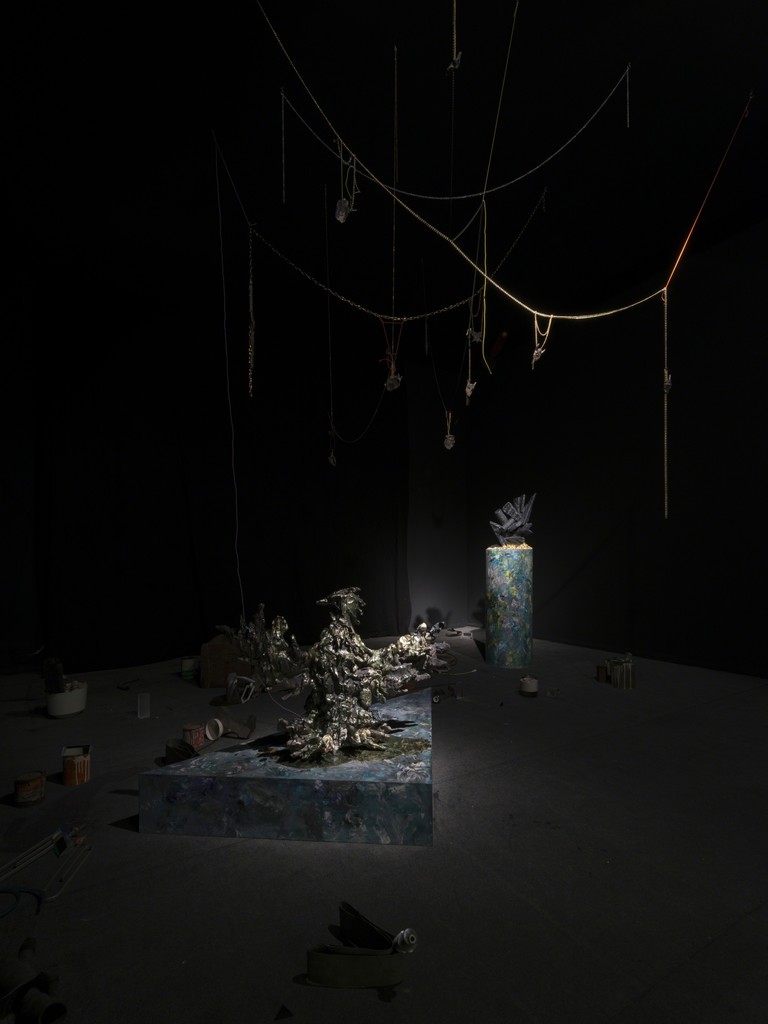 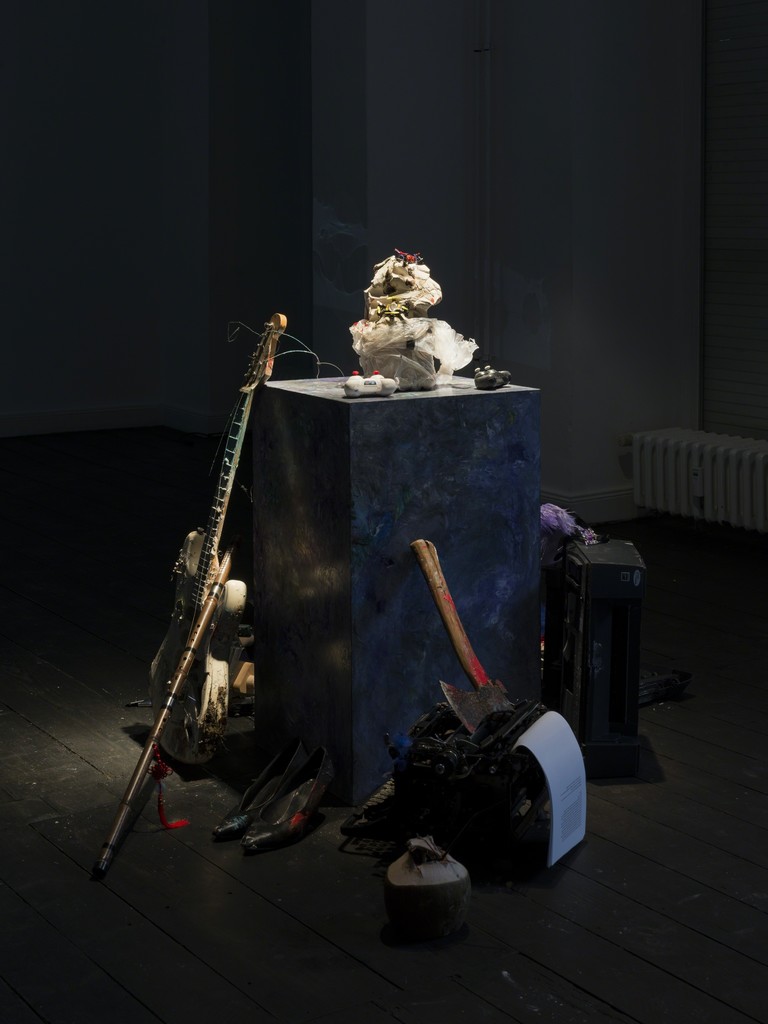 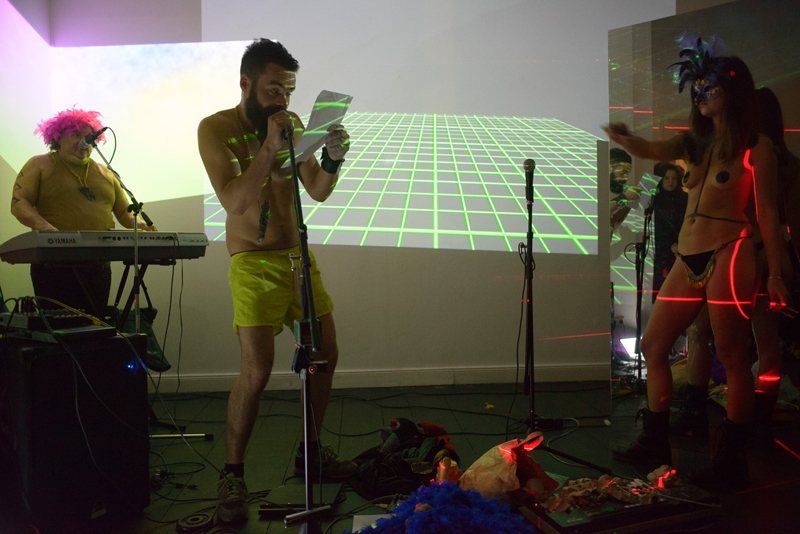 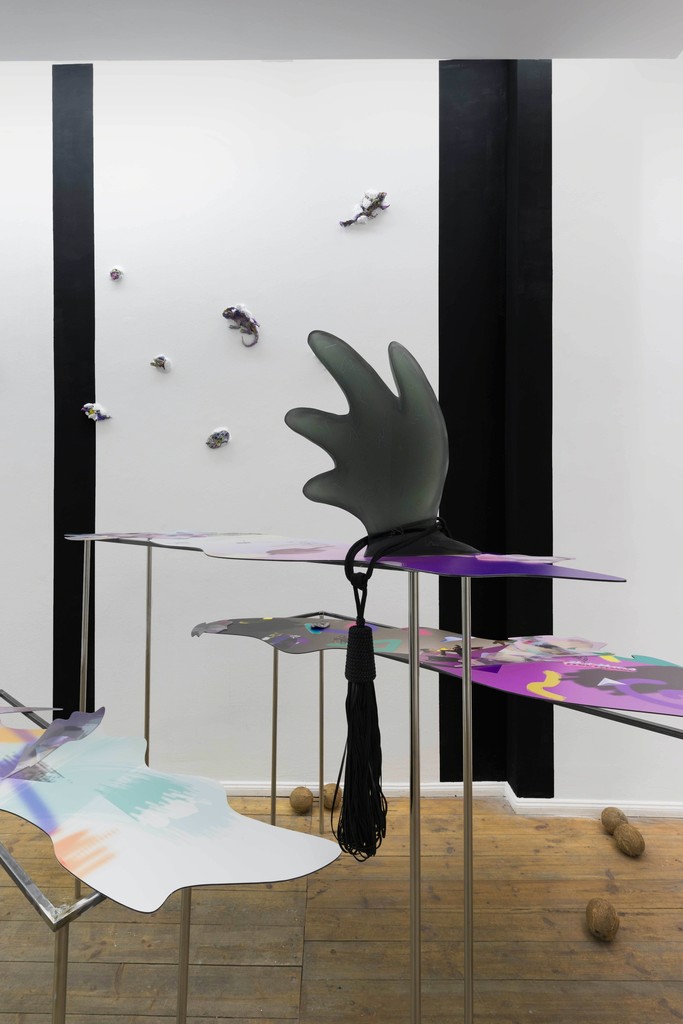 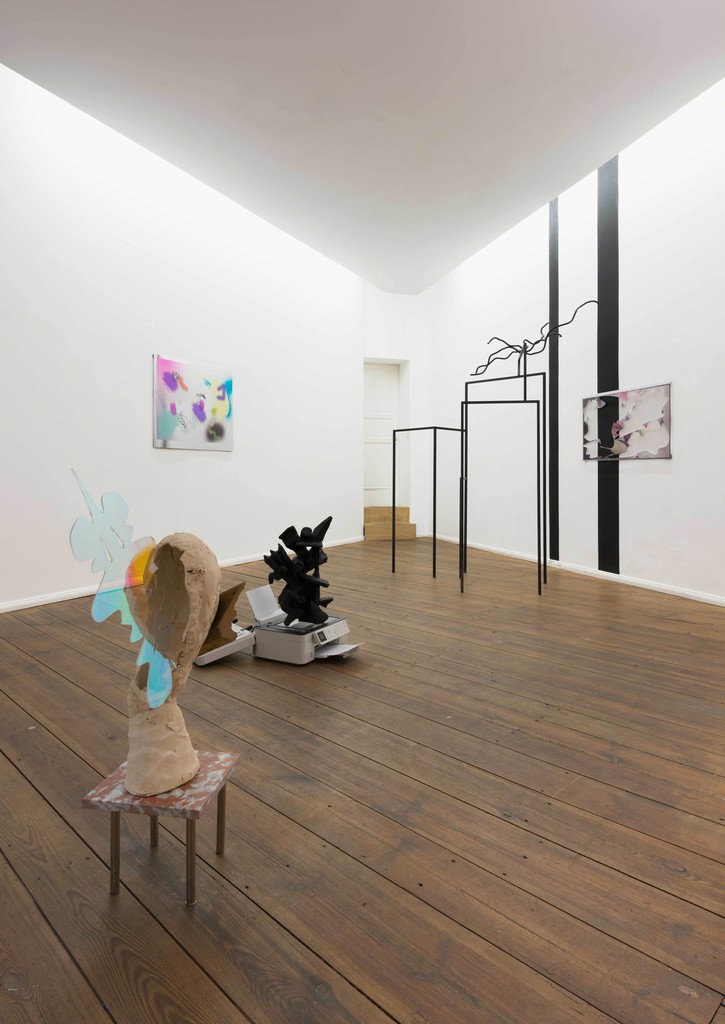 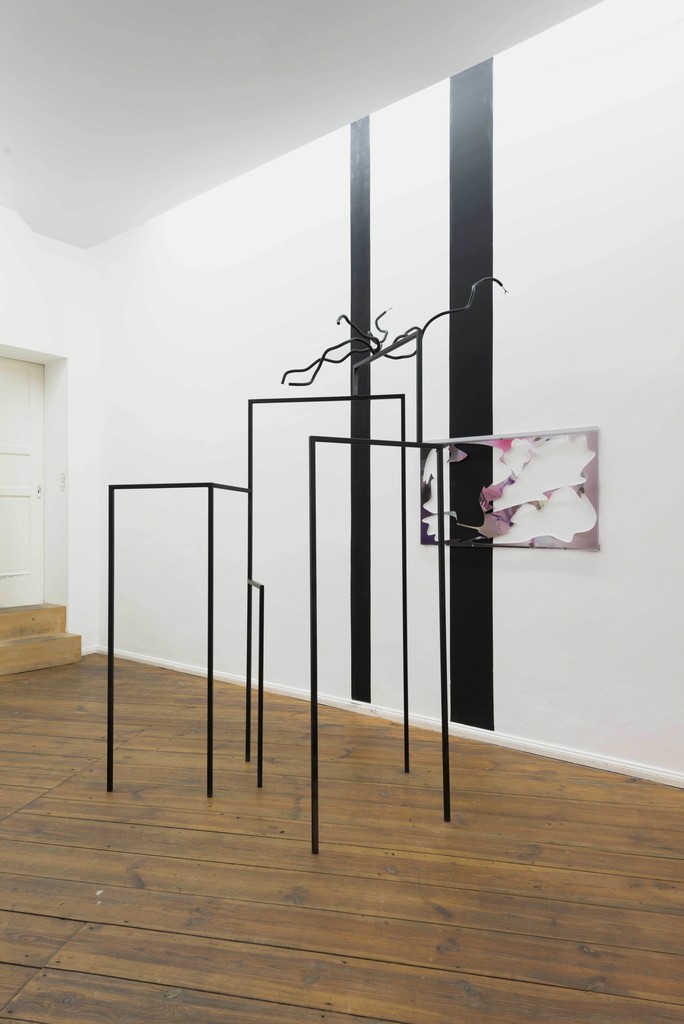 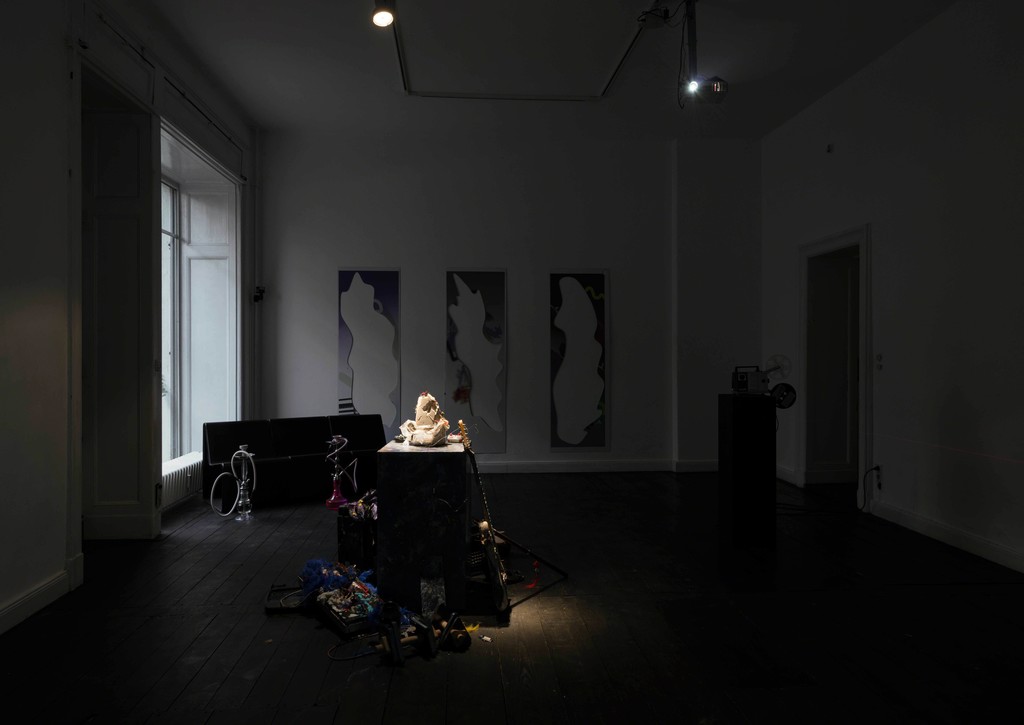 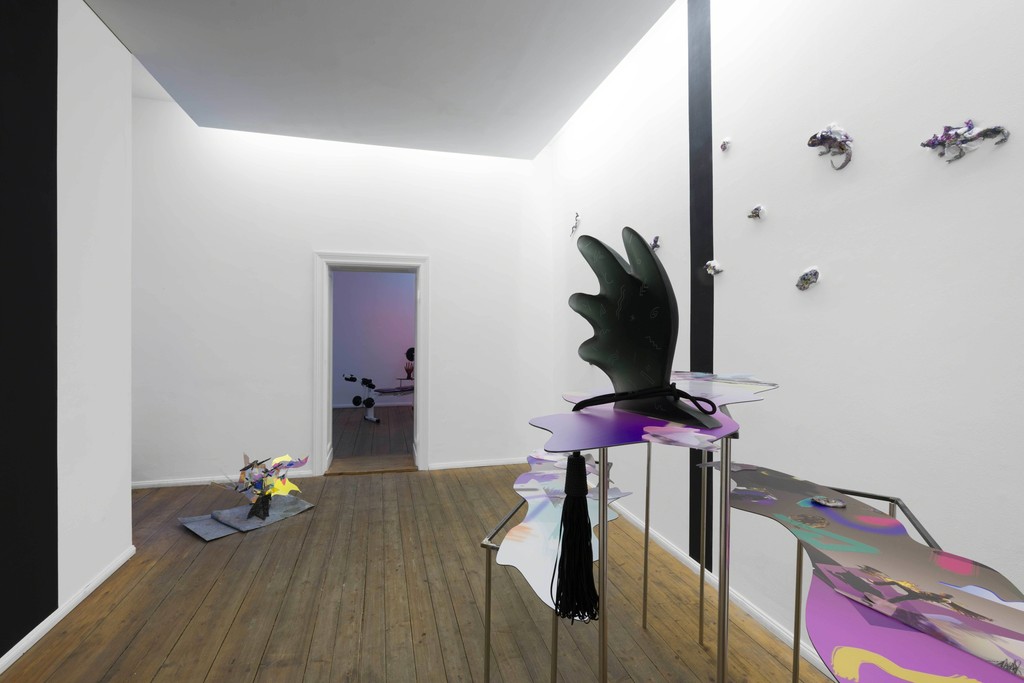 “Ladies and gentleman, by way of introduction, this is a film about trickery, fraud, about lies. Tell it by the fireside or in the marketplace or in a movie, almost any story is almost certainly some kind of lie. But not this time. This is a promise. For the next hour, everything you hear from us is really true and based on solid facts.”
No matter how small and seemingly insignificant the sculpture of an eagle is, Habsburg eagle, Reich’s eagle, little 30s porcelain one from a hunting scenario on my bookshelf, American eagle, it’s shadow cast on the wall and space around still has it’s own strong symbolic content. Our way of reading such a symbol is imbedded in our thinking and it seems to be impossible to get around it, to read the message in different manner then we are used to. But our post-modern philosophical experience tells us clearly, that context is shifting all the time with a specific person, through her or his knowledge, her or his ways of thinking despite the collective reading.
Can we get over this and unify our thinking again? For one single moment of reading this show?
No way, why should we even try?
“My own GP tells me: “You know what? You’re seriously ill.” Well what am I supposed to say to that? Thanks for the info, Doc. I’m waiting for a doctor who’ll know how to cure me. We can characterise the form of this illness, this pathology by saying it is like a spasm. A spasm is an accelerated vibration of the body that is painful because our muscles, skin and brain can’t tolerate such speed, they aren’t adopted to it. The relationship between the body and its environment is convulsive in the sense that we are obliged to react too fast. The path out of this
resides in some new rhythm of collective thinking and collective body. To be honest, I don’t know what it should be. But I can see that the human brain is “out of joint” and that this is where we should start from. It is only possible to find the path to a new harmony on the level of perception,
which could be poetry. How could it be realised? I have no idea.”
Our contemporary society is on a economical, political and social level based on principles dictated by the ideas of modernism. We see ourselves on the linear route of progress and development. Despite the fact our utopias fell down already many times. Our sci-fi movies visions from more idealistic times failed to be materialised and we are not travelling to the stars as we once imagined we already would. Our perception is back to here and now, even though we don’t want to think about our present and thus we still hold on to tomorrow, even though we
have no idea what will tomorrow bring. Postmodernism clearly diagnosed our current state. The problem with a postmodern thought though is it’s hermetic nature, it’s enigmatic structuring. The form it takes, and it doesn’t matter if we are talking about Piazza d’Italia in New Orleans from Charles Moore, or Foucault’s Pendulum of Umberto Eco, has it’s aesthetically playful and in a way entertainingly synthetic surface, but number of layers beneath remains hidden for most of the “spectators”.

Taylor: A planet where apes evolved from men? There’s got to be an answer.

Dr. Zaius: Don’t look for it, Taylor. You may not like what you find.
///
Dr. Zira: What will he find out there, doctor?

“The only thing I can say now to conclude this long talk of ours comes from our discussions about the show you and I worked on together with Lumir Hladik. What we were interested in back then was how we could connect the weird post-conceptual world of this old action artist from the 70s, who today is synthesizing his vision of rituality with education in quantum physics and psychological manipulation of society by the means of global media, with my excavations of post-internet into the deeper realms of being, which I combine with shamanism. Post-internet is for me a tool, something like a mask you take on, to provoke people around to search for spirituality, which this society lacks. It is the same with the lack of clear collective identity, where we are tricked by different artificial political constructs, which I don’t care about at all. But all I’m looking for is still deeply rooted in us, everything repeats itself and circles around, same as two of us with what we are doing right now and that whole post-internet shit is about something really superficial, which we are no matter what still pursuing. For me could be maybe better to fuck all this and continue on another path, but I don’t want to, I’m really convinced that through this form I can find out our spiritual energy. In something which brings up just simple unified aesthetic qualities. Because the potential is there, potential to critically reevaluate our virtual era, materialised by immaterial lands of the internet. This immateriality and holographic qualities of post-internet are a space of promise of newly rewritten golden mythology and freedom of expression, which we just have to dig out and catch.”
Poetic trickery, ways of saying things with multiple meanings, browsing through dozens of files, sites, tabs, screens, pages, pictures - moving and static, all this defines us, we know that, you know that, what we’re missing is just the answer to where it leads. Matyáš is looking for a his understanding of spirituality, someone might be embarking on a journey for a new collective mind of this society. For someone it could just mean nothing, Jérôme Sans, who sees Matyáš as a brother of Ryan Trecartin, calls all this the “MTV culture”. But maybe the answer is here, it’s just so organically vivid, that it eludes us. If we would accept the idea that postmodernism
answered everything, but its message was just not distributed properly outside of so called insider circles, then post internet could be this answer, or a point of reference to the adventurous journey to find it out and grasp it. I was always intrigued by the fact of how strongly the visual attributes of post-internet are bonded to the aesthetics of post-modernism. Matyáš said after hours of our discussion and one bottle of Russian Standard that: “Post-internet is just merely a post-post-modernism.” This seemingly banal statement could mean: our lost, or maybe just hidden collective mind is trying to get us back to the moment and place of solution. Our collective mind is guiding us to forgotten wisdom, to answer to all our fears, or lack of fear and giving us, one by one, hints what to look for. I say let’s find in ourselves the postmodern nature again and say so long to modernistic visions. And we have to do it radically, (“Take your stinking paws off me, you damned dirty ape!”) we have to do it with all the will and strength Matyáš is placing in his work. As William Blake said: “The road of excess leads to the palace of wisdom.”
So let’s just open the doors and enter.
“I did promise that for one hour, I’d tell you only the truth. That hour, ladies and gentlemen, is over. For par seventeen minutes, I’ve been lying my head off.”