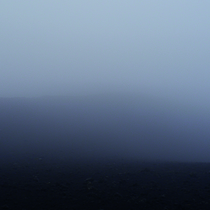 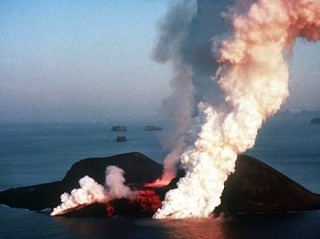 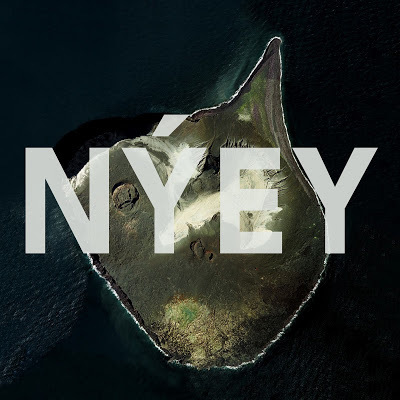 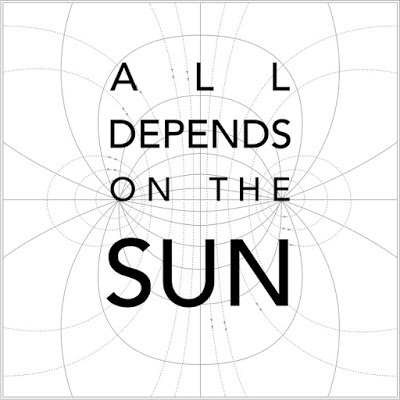 Grimmuseum is pleased to present the solo exhibition Islands Songs by artist duo Nicolas Perret and Silvia Ploner, showing their first two sound collaborations, Nýey (2014-2016) and All Depends on the Sun (2015). Both works are based on field recordings and cultivate a field in-between documentary, sound art and electroacoustic composition.

Evolving around the motifs of creation, colonisation and metamorphosis of a territory, Nýey takes the island of Surtsey at its core. Having emerged off the coast of Iceland in 1963, Surtsey has been closed to the public since its birth. As the youngest member of the Westman Archipelago, the island serves science as a window into the past of the older islands. Reciprocally, these older islands are studied as windows into what Surtsey might be like in the future. Following this approach to the island, as a sort of "time capsule," Nýey investigates Surtsey's assumed past, present and possible future with sounds drifted from recordings made on and around the islands of Bjarnarey, Elliðaey, Heimaey and Surtsey. The project started in 2013 and has since taken different shapes: a 4.1 sound installation, a radio piece and a CD release. For Grimmuseum Nýey was recomposed for 11-channels and unfolds over four rooms.

Originally produced by the programme Klangkunst of the German national radio broadcaster Deutschlandradio Kultur, with the support of the Surtsey Research Society. Published by the Belgian label Unfathomless in 2015. The radio piece was awarded the first prize in the category Radioarte by the 10th Bienal Internacional de Radio (2014), granted with Du côté des ondes from SCAM (2013) and the Phonurgia Nova Prize/GMVL residency (2012). Nýey was nominated for the Prix Phonurgia Nova (2015) and the Prix Europa (2014) and got an honorable mention from Palma Ars Acustica (2015).

Since ancient times historical writings, scientific reports and indigenous myths relay have reported audible sounds that accompany the northern lights. Recent studies suggest that these sounds occur during geomagnetic storms and most likely do not originate from the visual aurora. Nonetheless, the existence of these sounds has always been a controversial and remains so to this day. Driven by the words of those who have encountered and/or studied aurora related sounds, All Depends on the Sun delves into this phenomenon with the aim to open up wider reflections on sound and listening. At Grimmuseum the piece is accompanied by a projection with English subtitles.

Originally produced by the Creative Audio Unit of the national Australian radio broadcaster ABC, for Soundproof (2015), with the support of the Cultural Fund of Südtirol, Deutschlandradio Kultur, Goethe-Institute Finland, the Finnish Society of Bioart (Ars Bioarctica Residency) and the Sodankylä Geophysical Observatory. All depends on the Sun was nominated for the Prix Europa (2015).

ABOUT
Nicolas Perret (1978/FR) and Silvia Ploner (1982/IT) use recording technologies to probe into the real of what they call "sonic insularities." Considering these milieus as their laboratories, they explore them, meticulously looking for the faint, the unsuspected, the sonic detail. They undertake long-term projects that result in sound pieces, sound installations, performances and publications.

With the friendly support by the Cultural Fund of Südtirol.