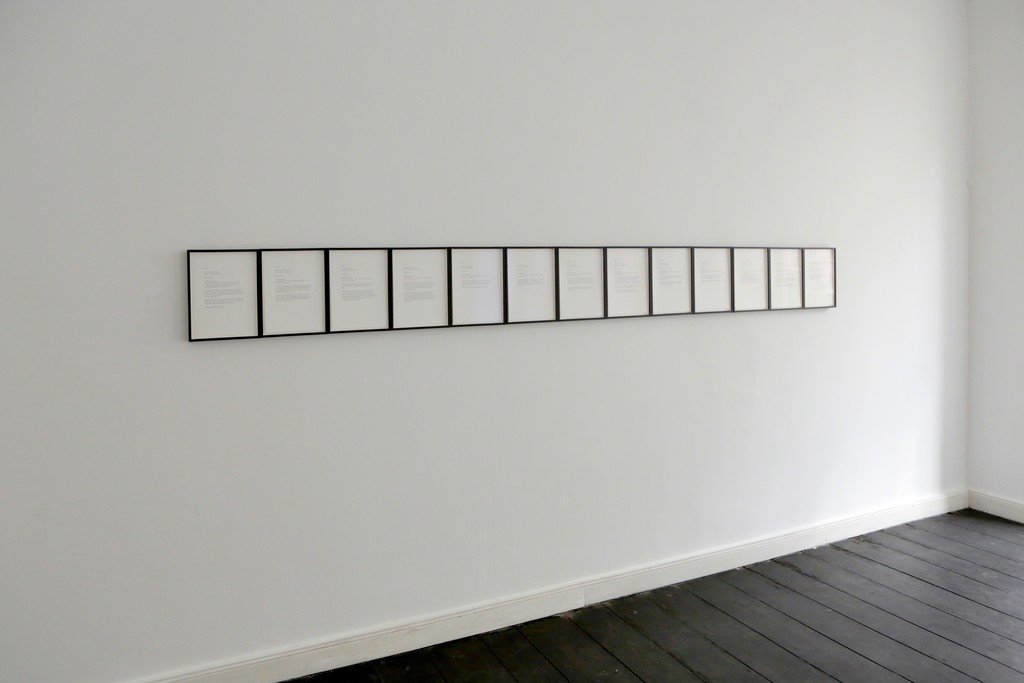 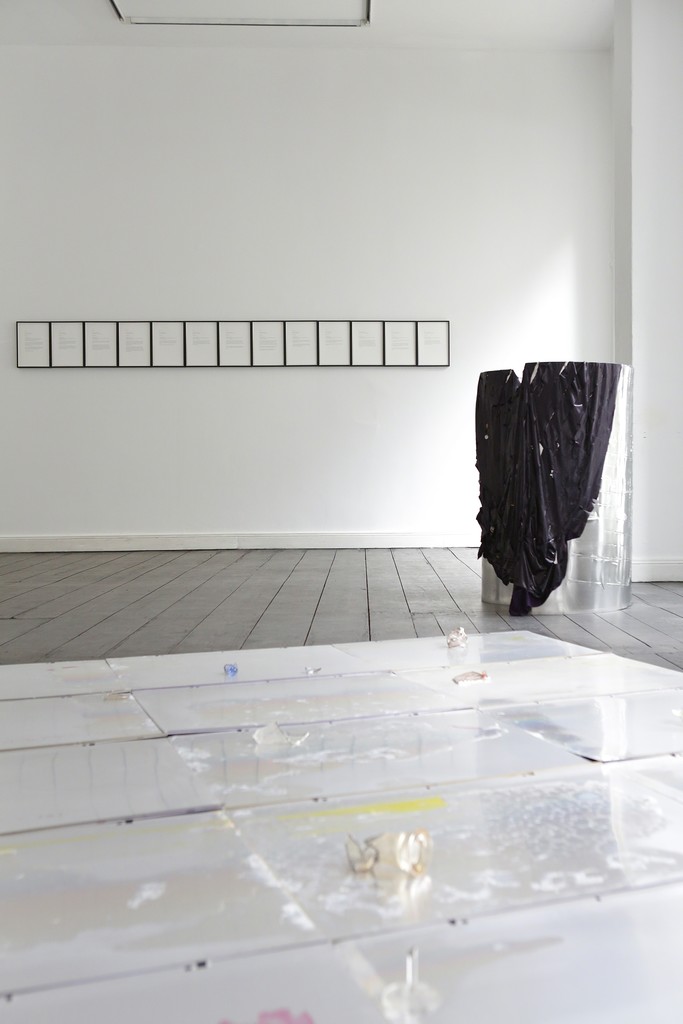 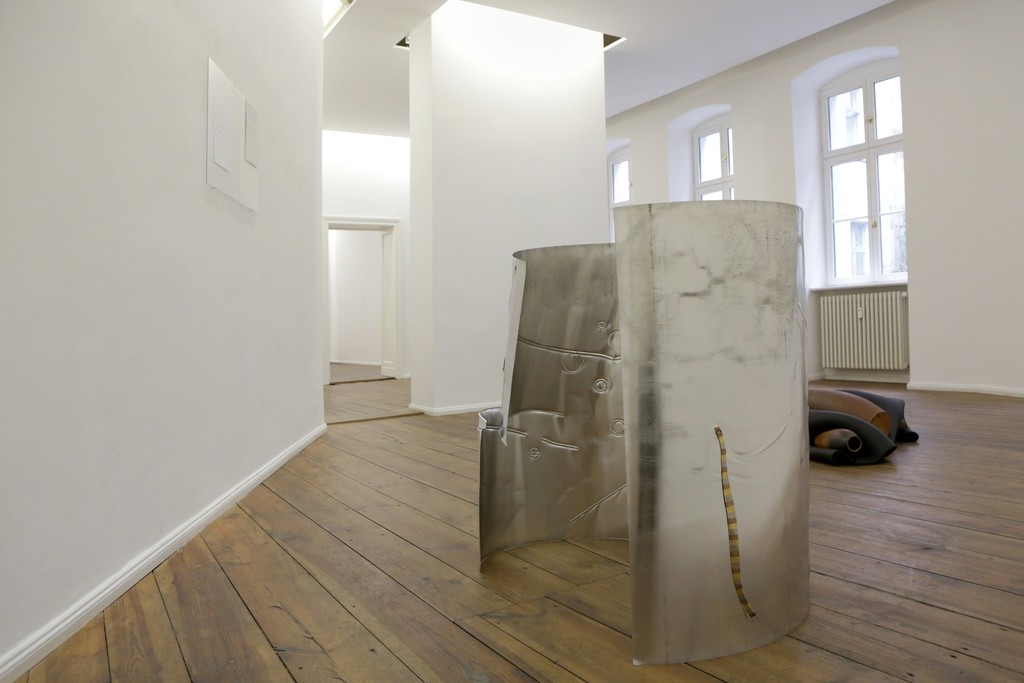 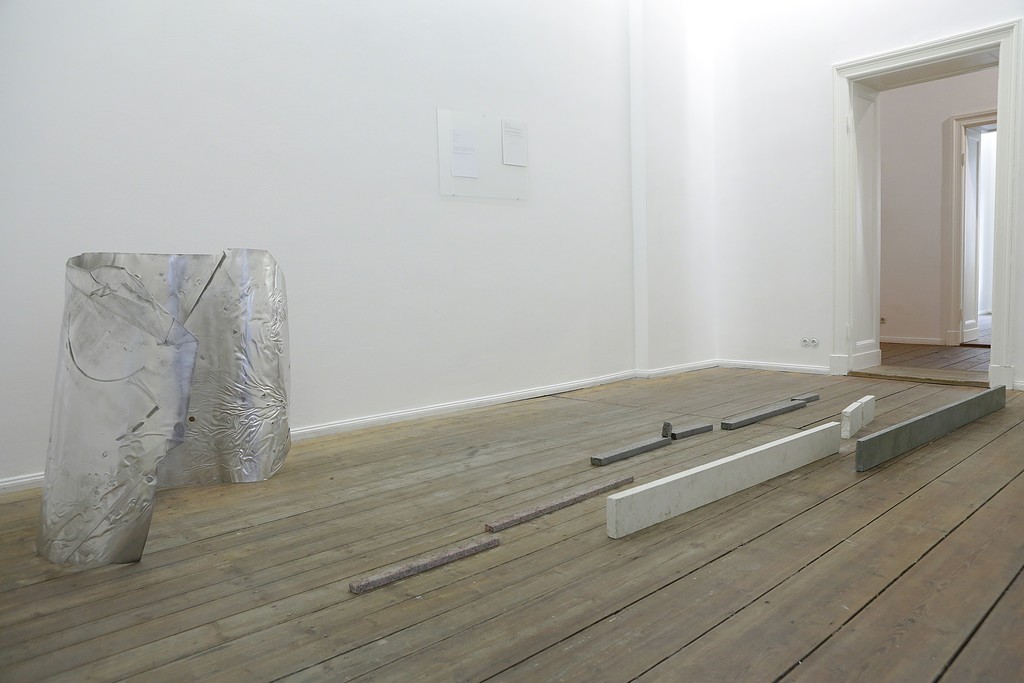 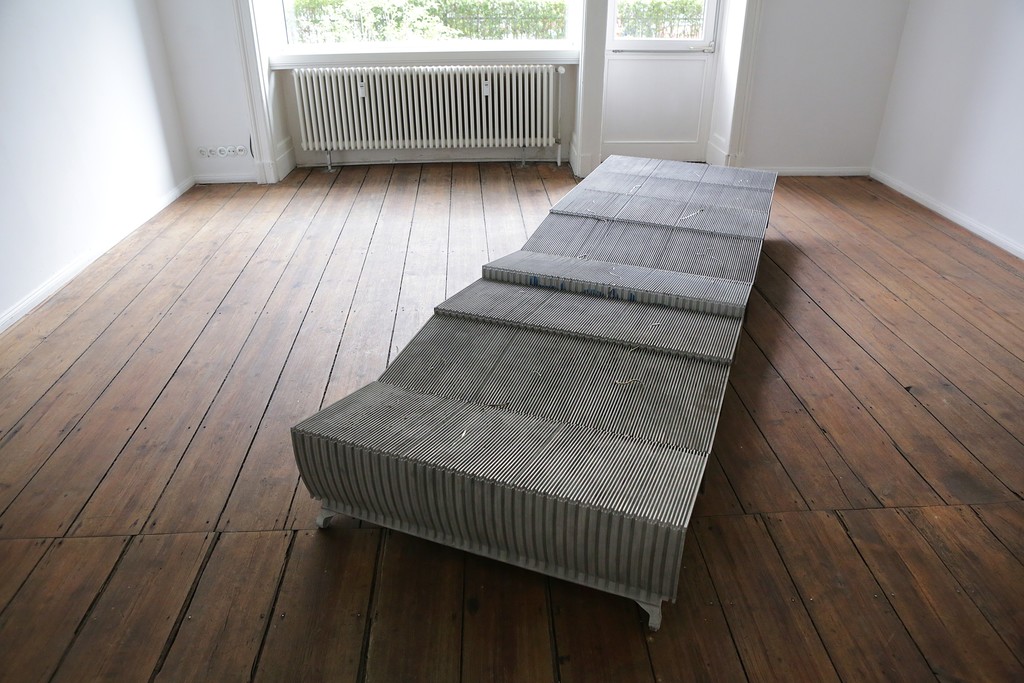 Slow Light / 52°29’28.03”N/ 13°24’44.50”E
"Slow light draws temporal trajectories that lead from the present to potentials of later points in time. When something is slow, it might be that one will be able to see it much later in time – in a different time. Slow light affects the common practice of seeing similar to the perception of a slowed-down ray of light passing through water. This perception is fragmented over time."
(Tatiana Echeverri Fernandez and Kirsten Palz, 2015)

Kirsten Palz is a conceptual artist who lives and works in Berlin. She studied with Haim Steinbach at the School of Visual Arts in NYC and has a Master in Computer Science from Copenhagen IT University. Palz’s work engages with language and sculpture through an extensive archival project Sculpture as Writing (2007-2015). The works construct interactions between text, sculpture and space. The archive contains approximately 360 works including performances, texts and drawings. Works from Sculpture as Writing have been performed and exhibited widely in project spaces and institutions including Neue Nationalgalerie (Berlin), Trafo Kunsthalle (Szczecin), MOLTO Artissima (Turin), Studiolo Kunst-Werke (Berlin), NBK Neue Berliner Kunstverein (Berlin), OZEAN (Berlin) and Grey Sheep (Berlin) among others.