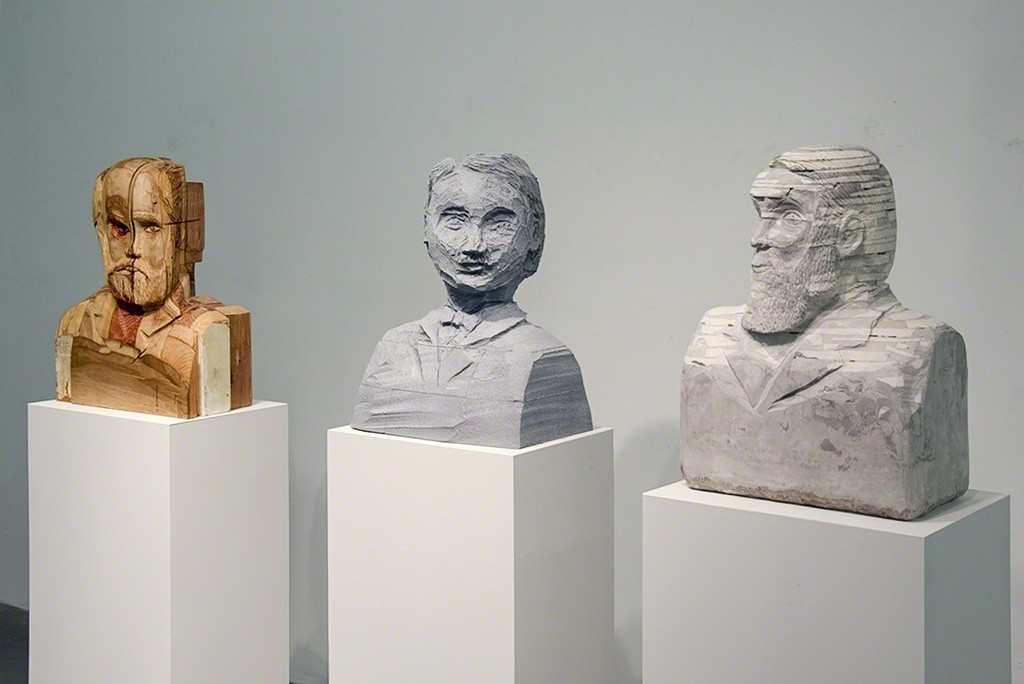 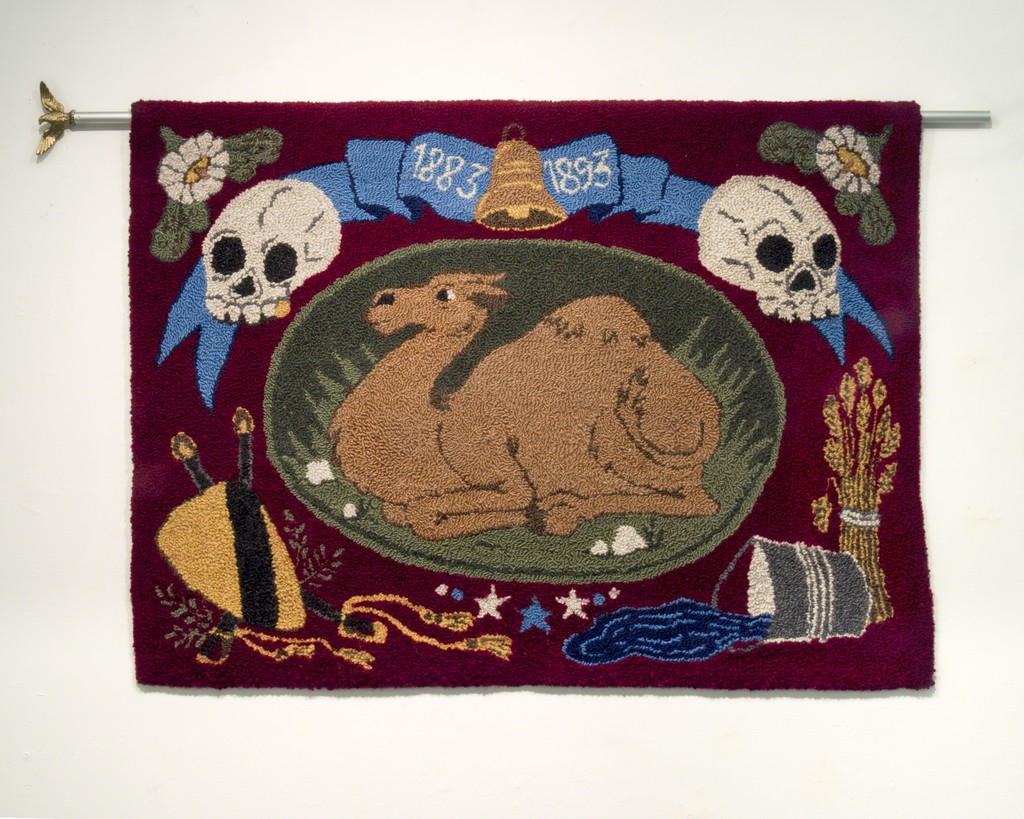 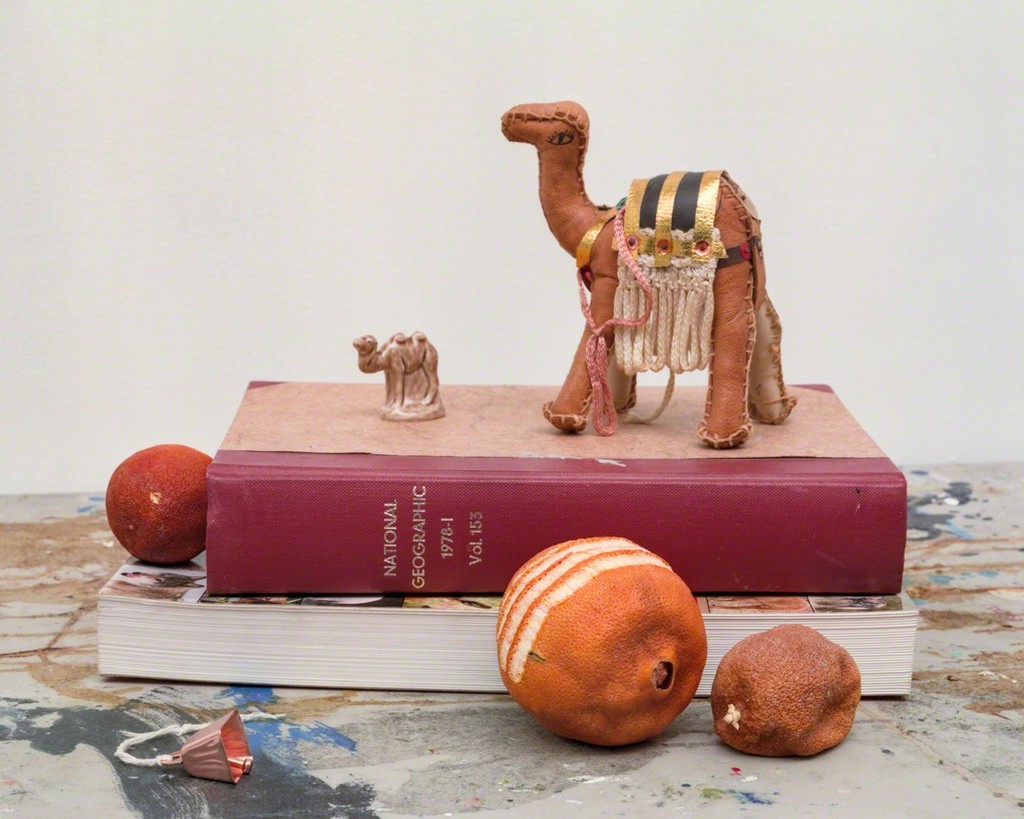 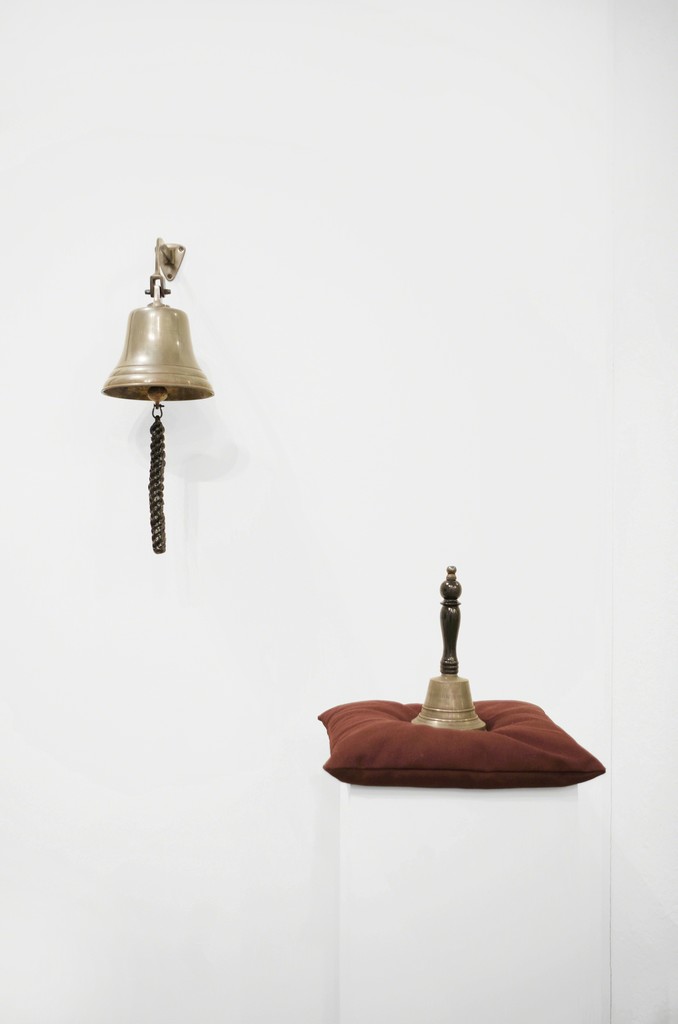 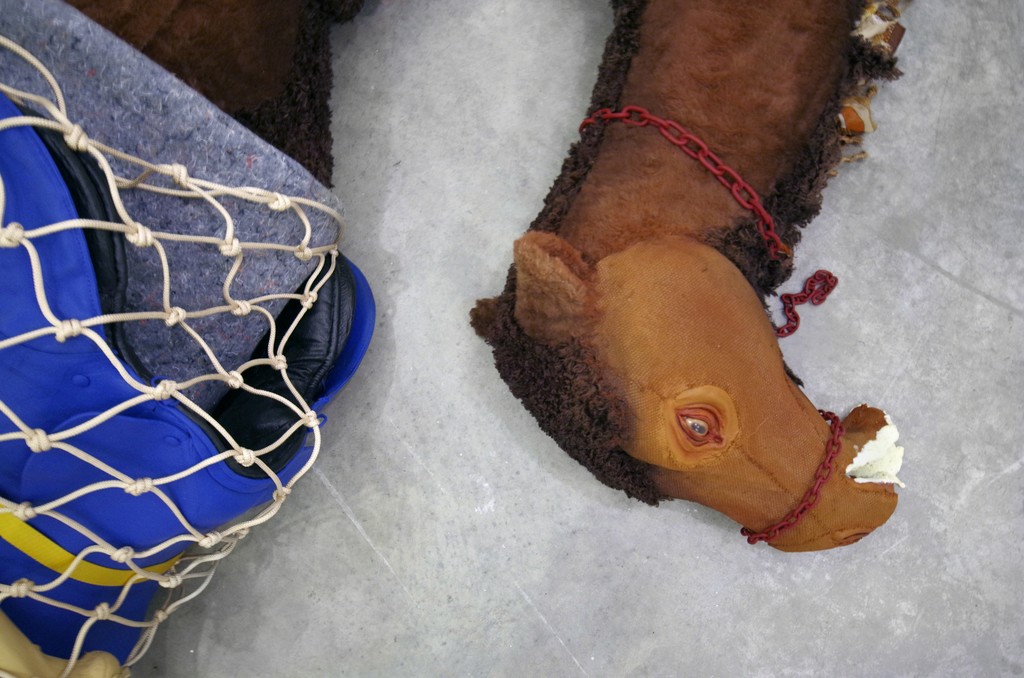 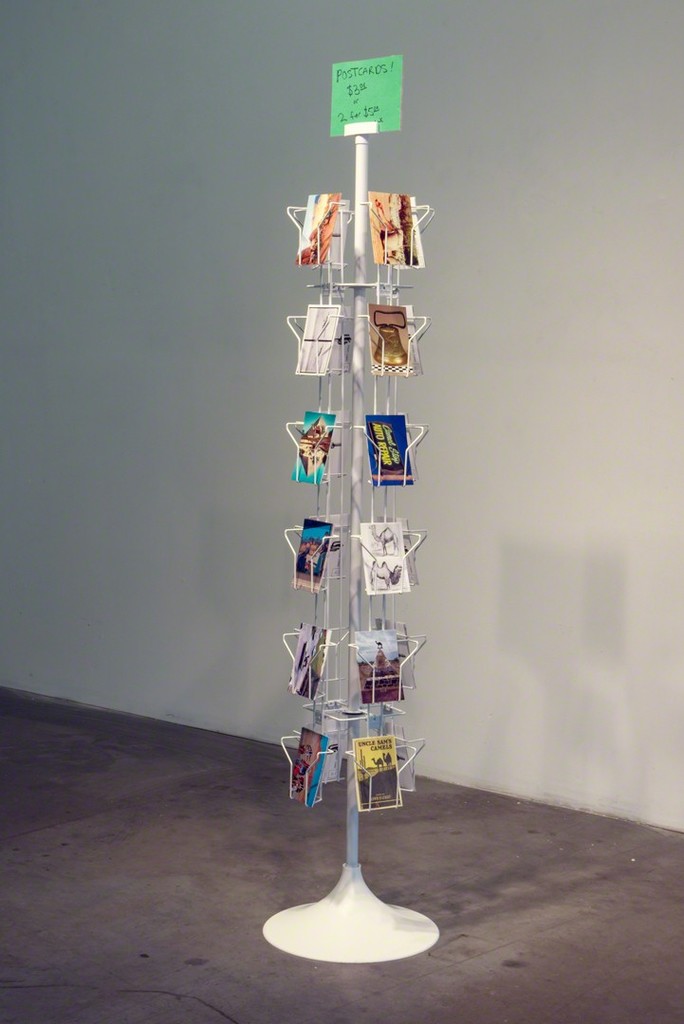 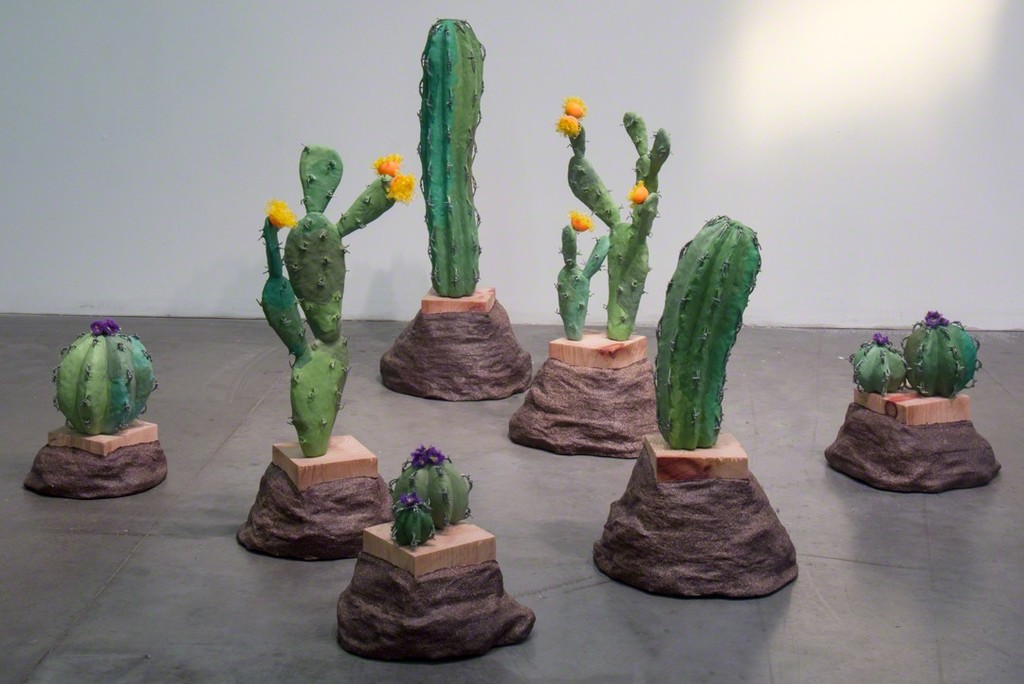 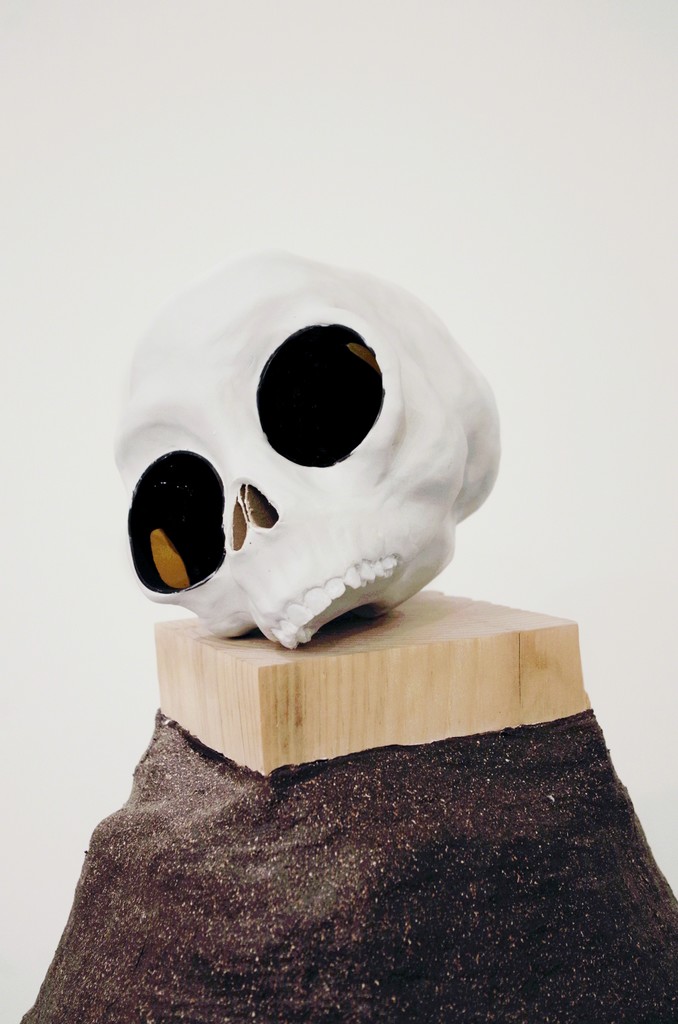 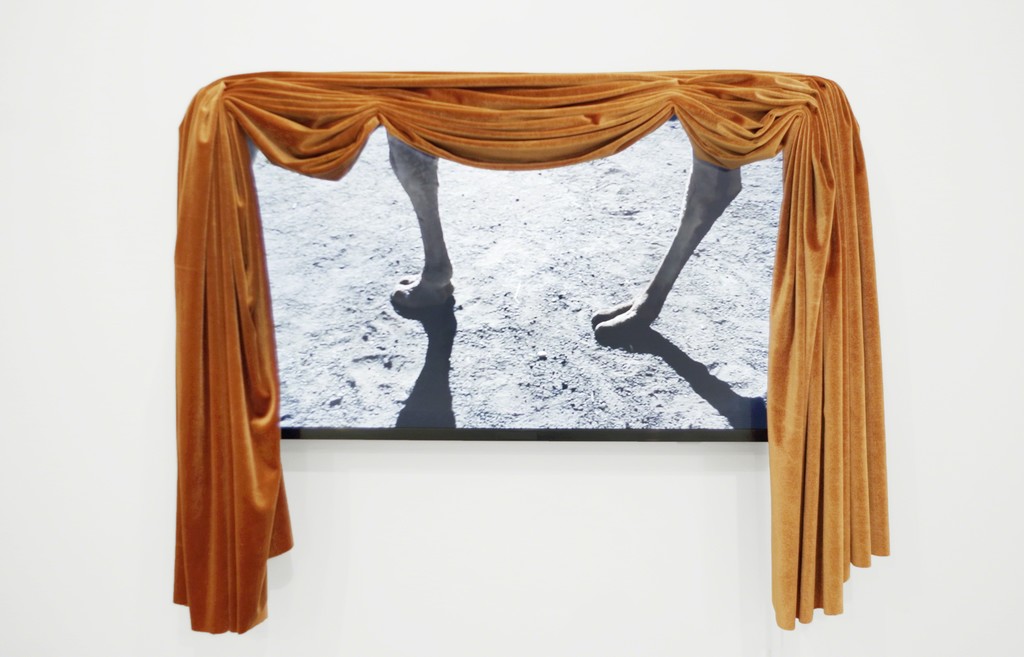 An interdisciplinary, collaborative project, Fantasia Colorado takes inspiration from an event that sounds too improbable to be true; an event that includes a double murder mystery, a ghost, and a rouge camel that terrorized the post-Civil War American West for almost a decade. Fantasia Colorado blurs fact and fiction by examining the boundaries where myths are born.

Belleau + Churchill question how we remember events through the examination of the aftermath and founding of the Camel Corps, an effort by Jefferson Davis in 1855 to employ camels in the United States Army. The story spun dazzling fictions across the region, but no rumor is more fantastical than the truth. This collaborative installation forces the viewer to question their acceptance of both the facts and fictions surrounding historical factual folklore.

Entering the gallery, the viewer will be presented with an over-sized camel sculpture alongside busts of the Camel Corps' founding fathers, a handmade rug, digital media and historical “memorabilia”. From the founding of the Camel Corps to a ghostly camel’s humble death in the farmer’s garden, each work adds new details to the exhibition’s overarching narrative. The story of Fantasia Colorado is tragic and humorous, and this project aims to perpetuate the myth, clarify the history, and to point to the moments when it is most difficult to untangle the two. The works themselves do not simply illustrate the story, but add elements of complication.

History is often retold in ways that favor the narrator, just as every ghost story needs a monster. In researching the legend and the history, the artists have uncovered multiple versions of each. Presenting the story without bias, Belleau + Churchill ask the viewer to decipher the truth for themselves.

Raina Belleau (b. Minneapolis, 88) and Caleb Churchill (b. New York, 80) met in graduate school at the Rhode Island School of Design. Feeling constrained by the academic structure of departments, majors and media, they began to collaborate. Their small, whimsical yet melancholic, early pieces soon become an entire collaborative practice.

Raina Belleau's sculptural narratives are inspired by cinema, natural history and environmental issues. She creates surreal scenes with an underlying dark sense of humor that convey personal desires and anxieties surrounding the environment and it’s inhabitants. Belleau received her BFA from the Minneapolis College of Art and Design and her MFA from the Rhode Island School of Design. Her work has been shown at the Plains Art Museum (Fargo, ND), Not Gallery (Austin, TX), GRIN (Providence, RI) and in multiple group exhibitions around the country. She received the Rhode Island Council for the Arts Fellowship and the Elizabeth Greenshields Foundation grant in 2016

Caleb Churchill received his MFA from the Rhode Island School of Design, an MA Littform the University of St. Andrews (Scotland) in the History of Photography and a BFA from the Glasgow School of Art (Scotland). Currently based in Providence, RI, Churchill’s work explores the intentional and unintentional impacts we have on our environment and the ways it overcomes. He has participated in multiple group exhibitions, nationally and internationally, including Briton Photo Fringe (UK), DO IT! Houston, Clamp Art (New York), GRIN (Providence) and at Satellite Art Show (Miami). His solo exhibition Terra Incognita was presented at Settlement Goods (Houston). He is included in a number of private collections as well as the Museum of Fine Arts Houston and the Corcoran Gallery of Art (Washington D.C.). His is currently finishing The Era of Hopeful Monsters, a photography project that will culminate in a publication.