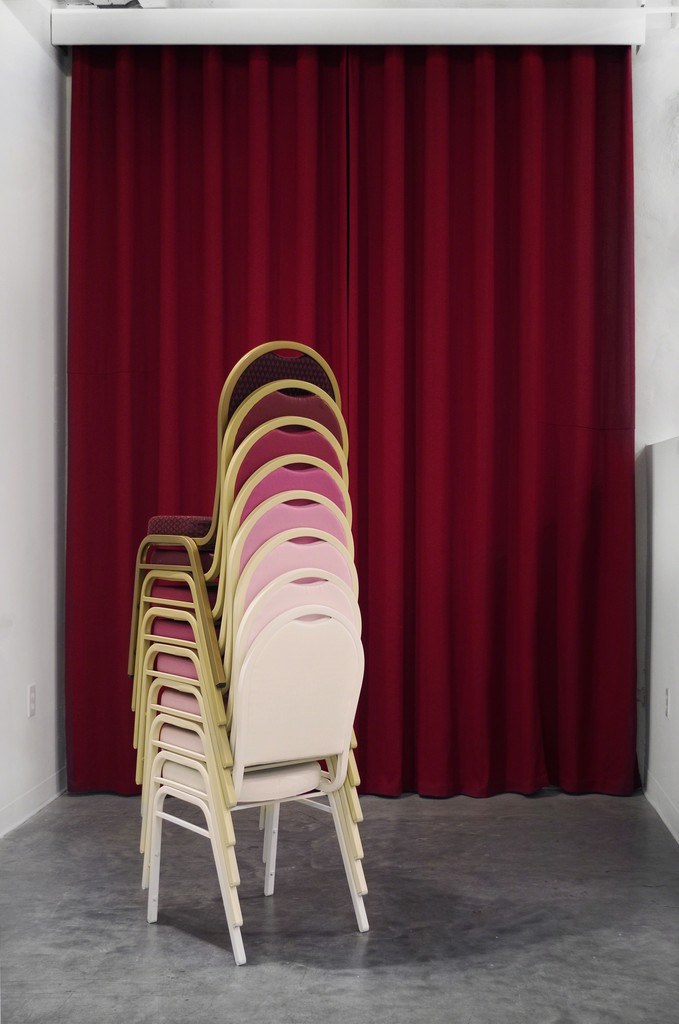 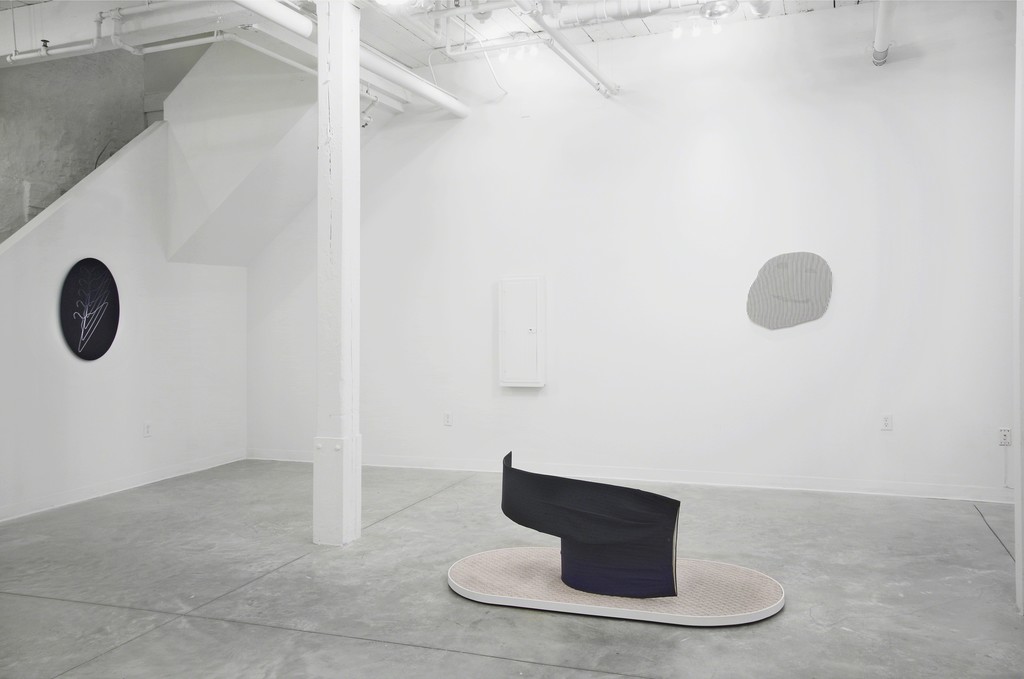 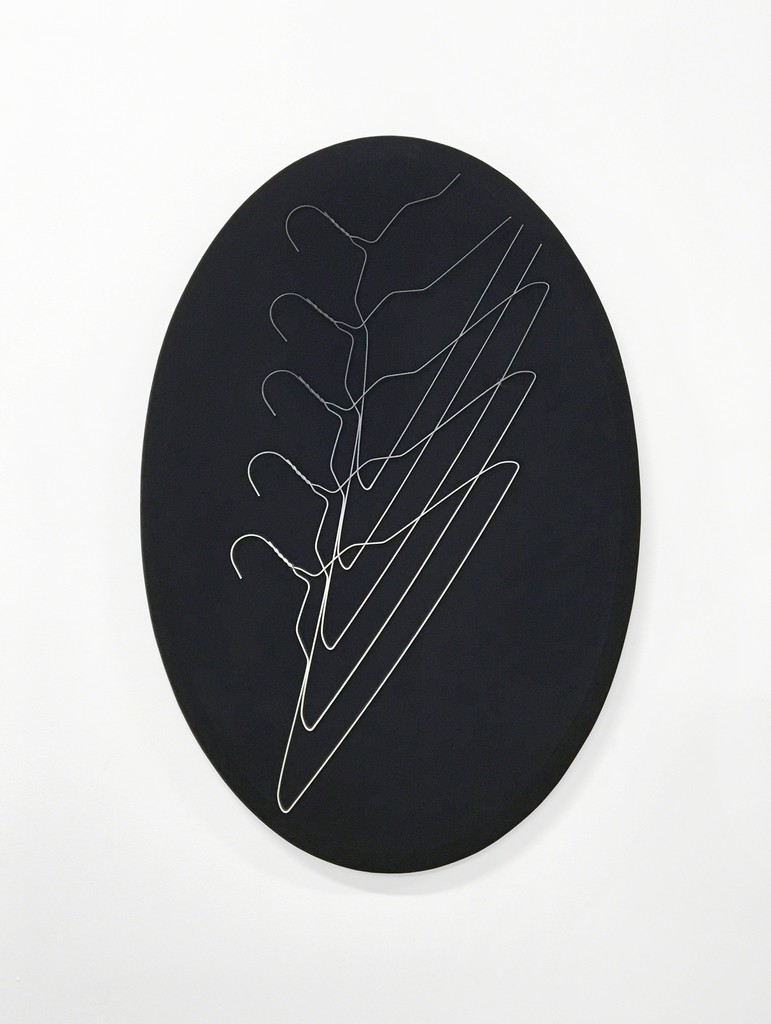 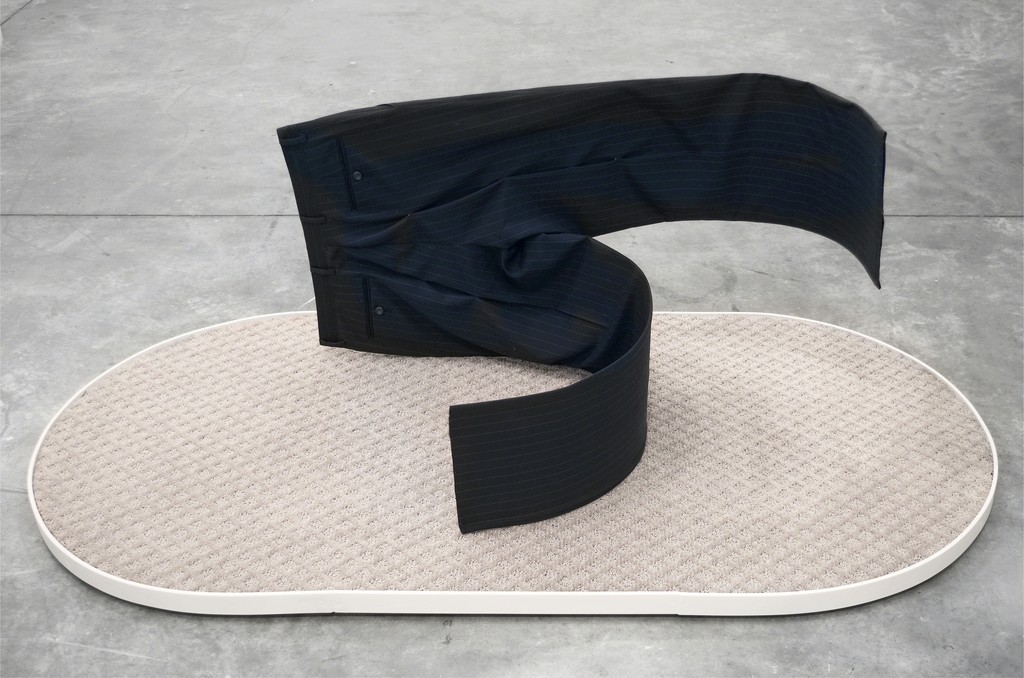 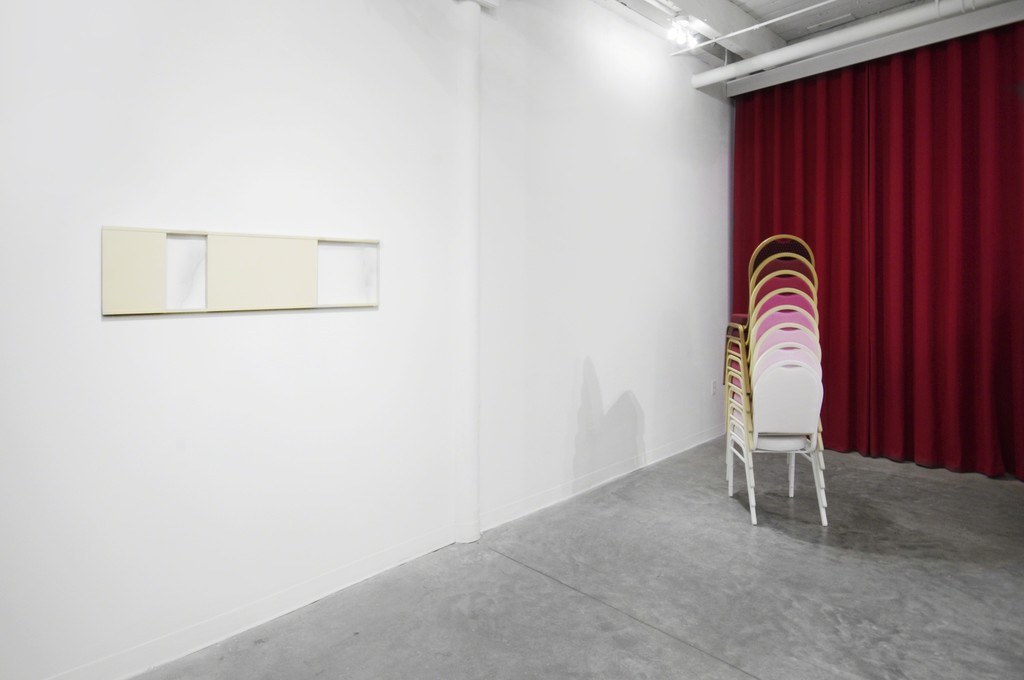 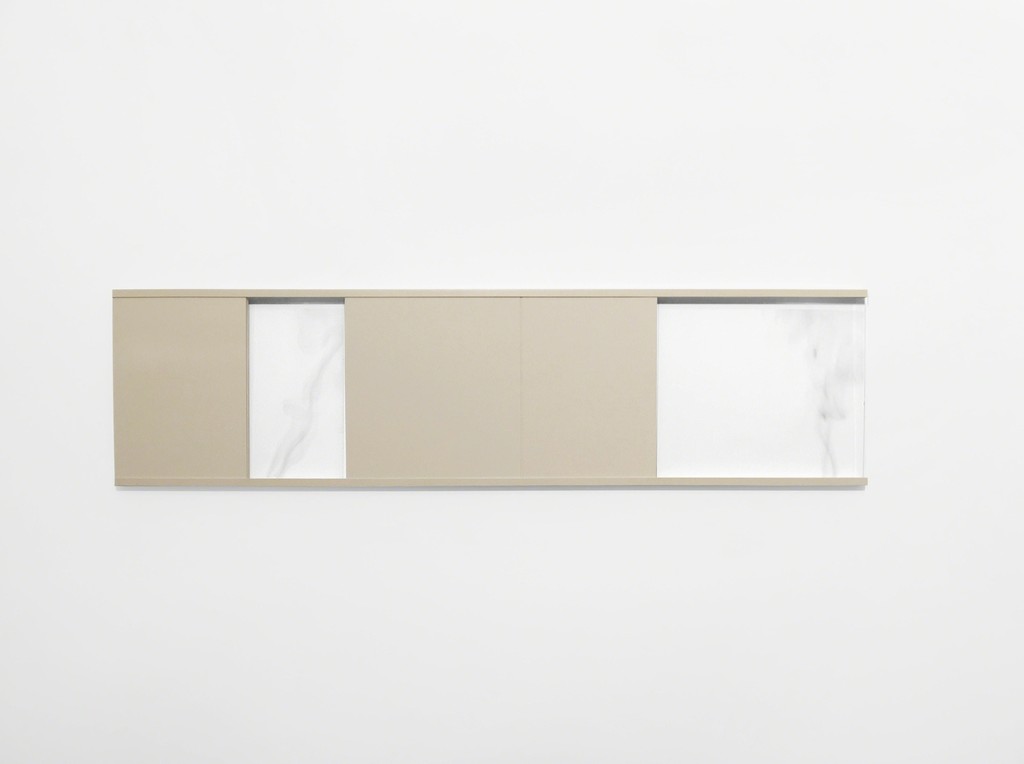 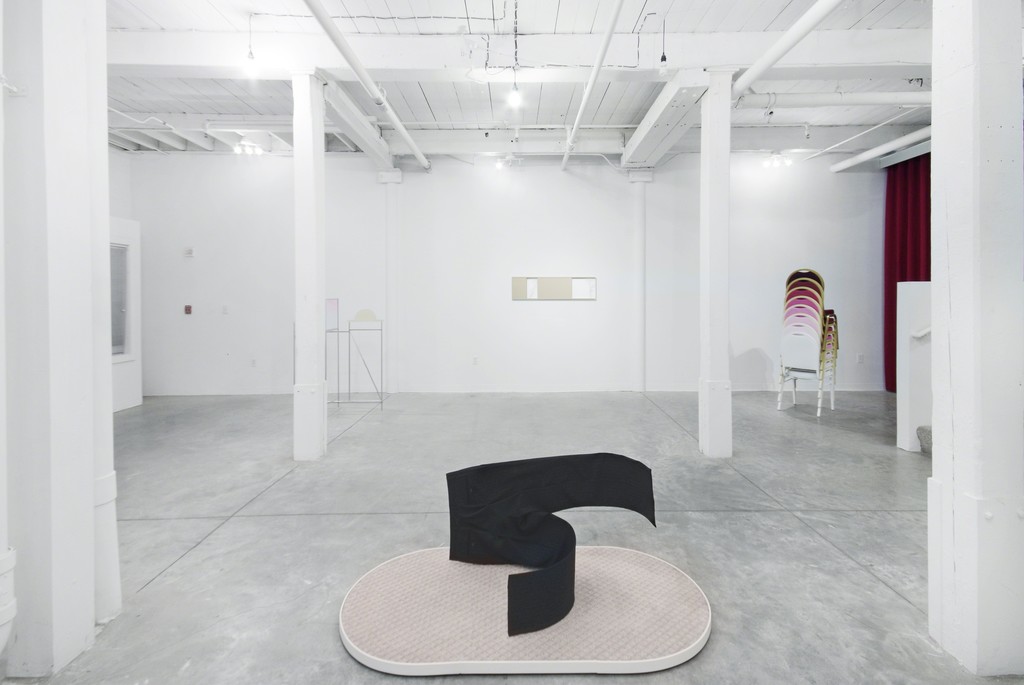 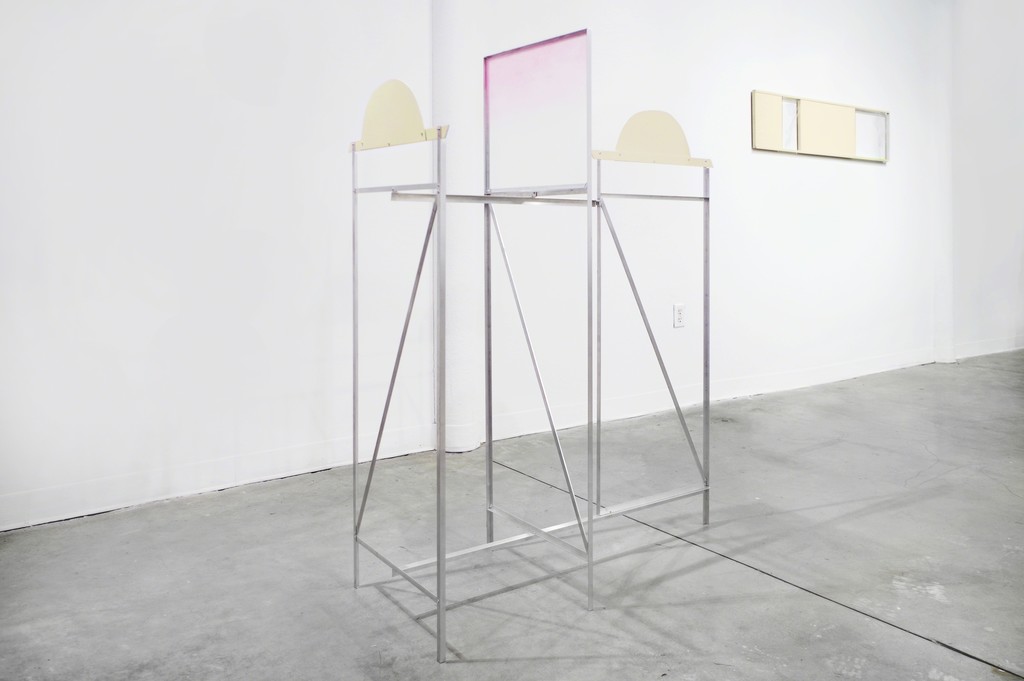 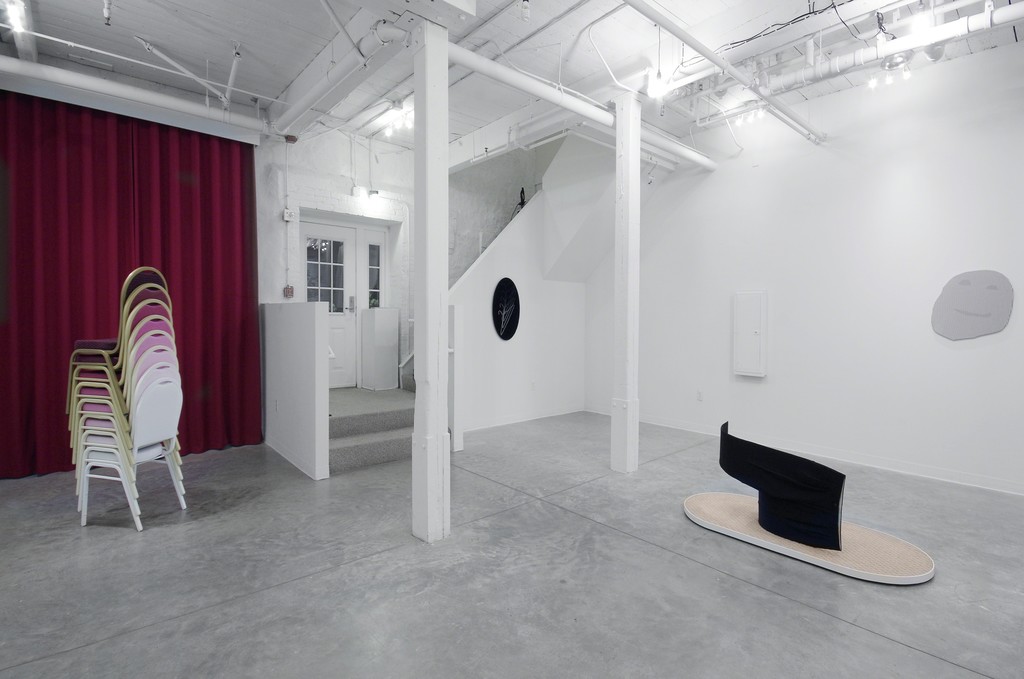 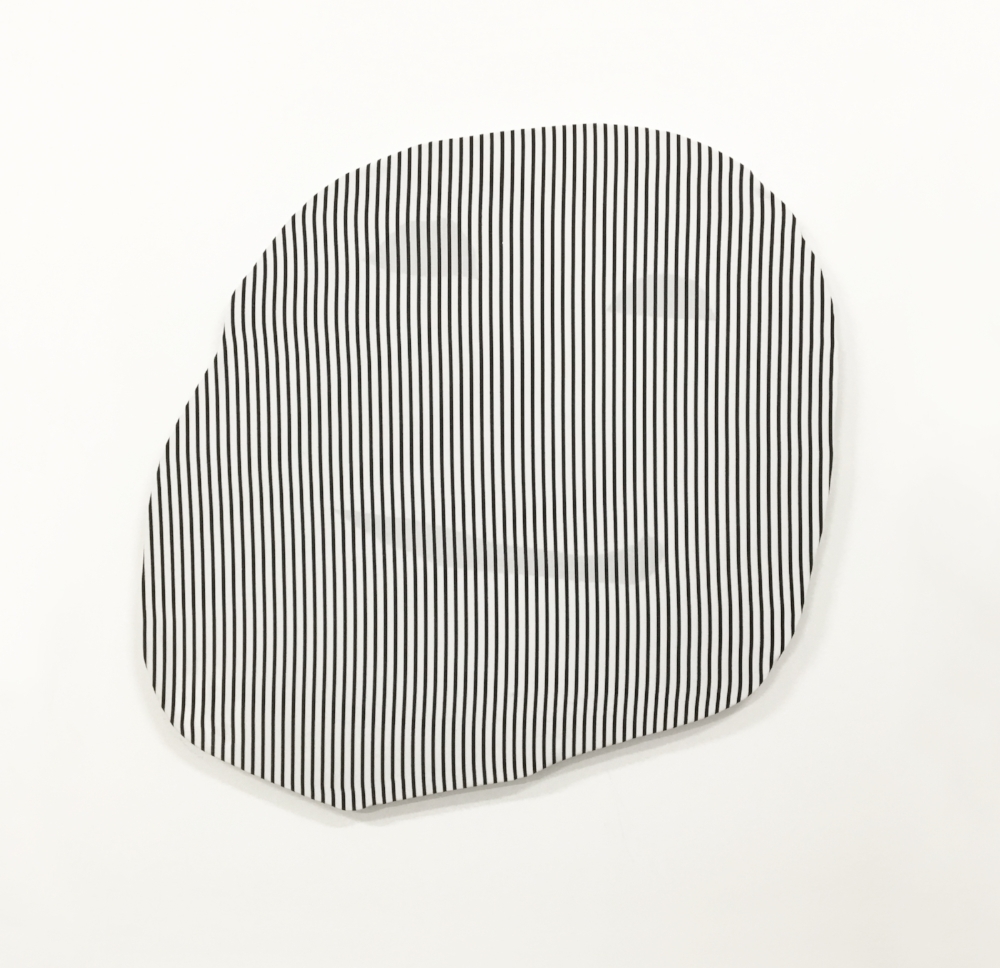 GRIN is pleased to present an exhibition of new interdisciplinary works and installations by Scott Lawrence.

In this new body of work, Lawrence employs a diverse range of quotidian objects seemingly plucked from his daily routine—the train ride home, the corner of the office, the floor of a shopping mall. However, this is where the familiarity ends. Objects presented as low-stakes disruptions reverberate with an aimless, transient energy. But they also read as allegorical case studies, phantoms of metaphysical inquiry testing Positivism's triple mantra of Description, Control and Prediction.

The human figure is implied throughout, but only indirectly and via stand-ins such as clothing and furniture. The resulting sense is one of vacancy, as though the human itself has somehow been lost in a repetition of mass produced goods, daily commutes and sunsets.

In Lawrence's hands, mundane objects are stretched to their limits and re-objectified as works whose appearance can range from the hopelessly clumsy to the positively elegant - somewhere between high-minded Minimalism and dive-bar joke.

Born in Alabama, Scott Lawrence lives in and works in Providence, Rhode Island. He received his MFA from the school of Visual Arts and his BFA from the Atlanta College of Art. He has exhibited in Seoul, Korea, New York, Berlin, Germany and elsewhere. He was included in the BHQFU Brucennial in 2012 and 2010, and founded an award-winning artist collective, Dos Pestañeos, in 2003. He has been featured in the New York Times, Creative Loafing and the Atlanta Journal Constitution.