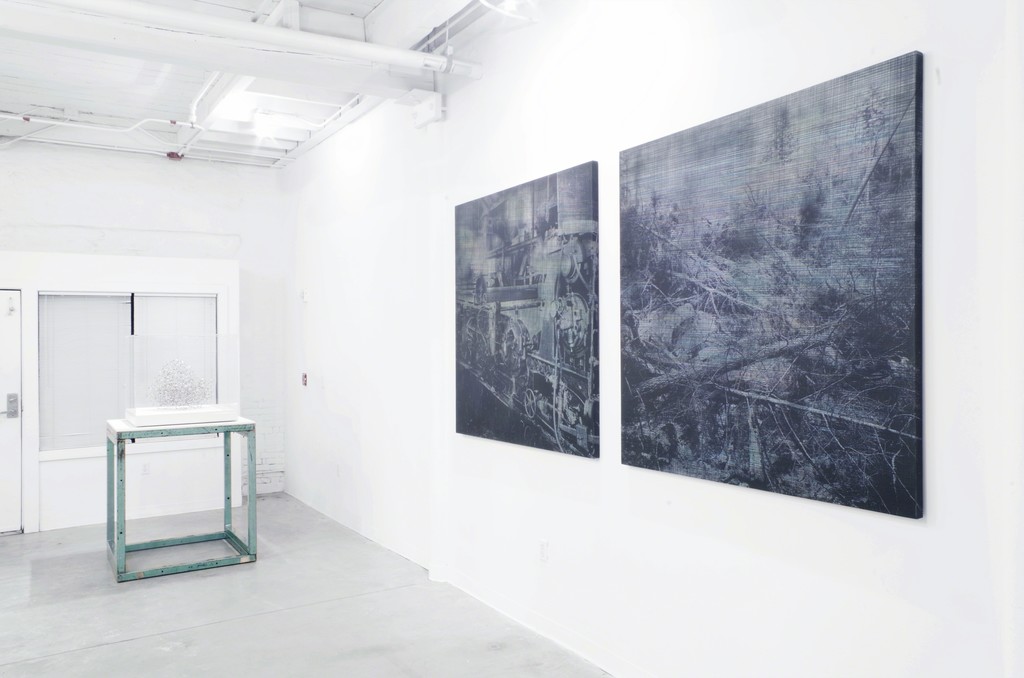 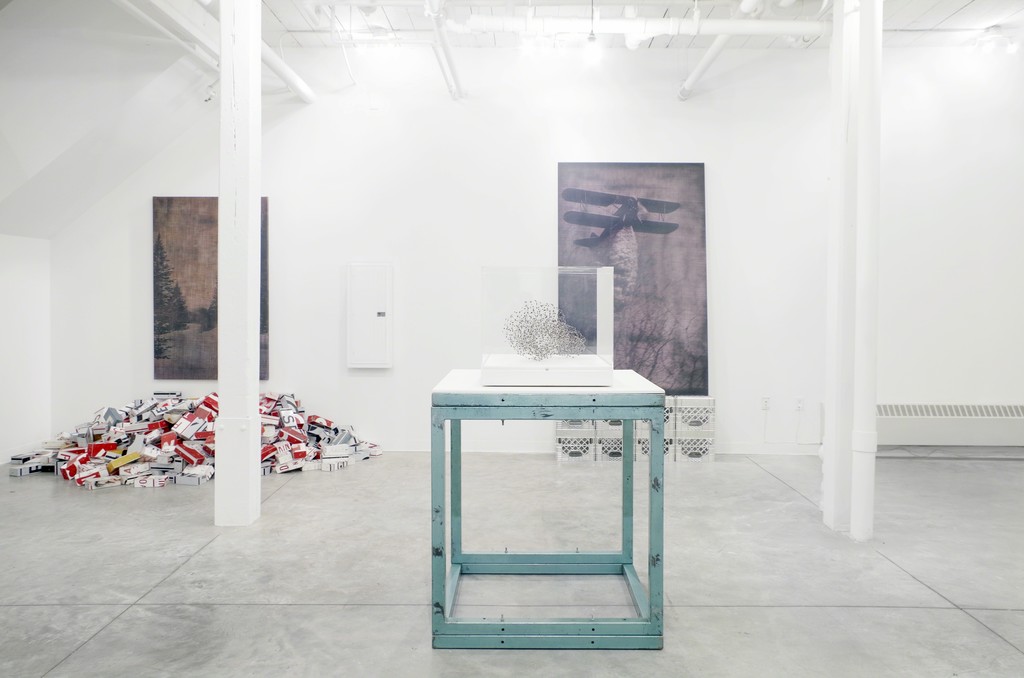 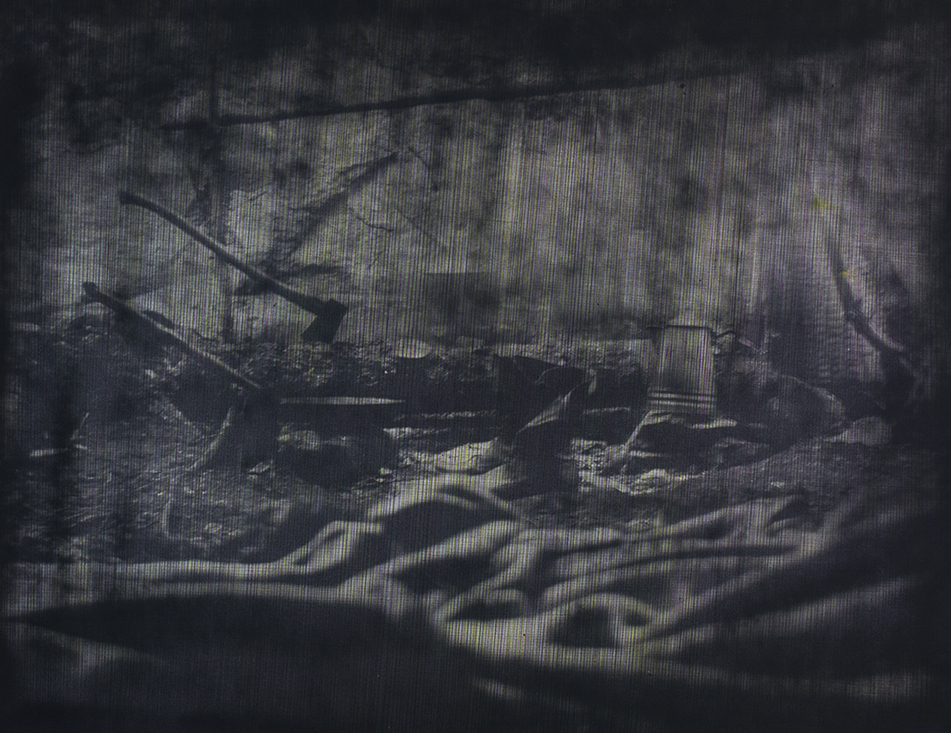 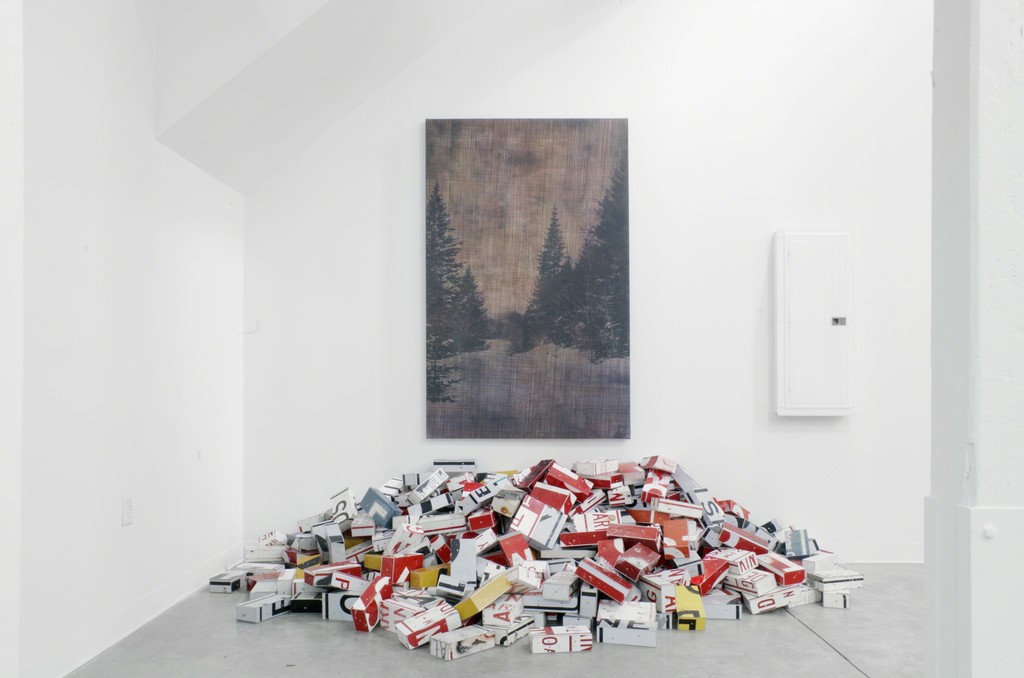 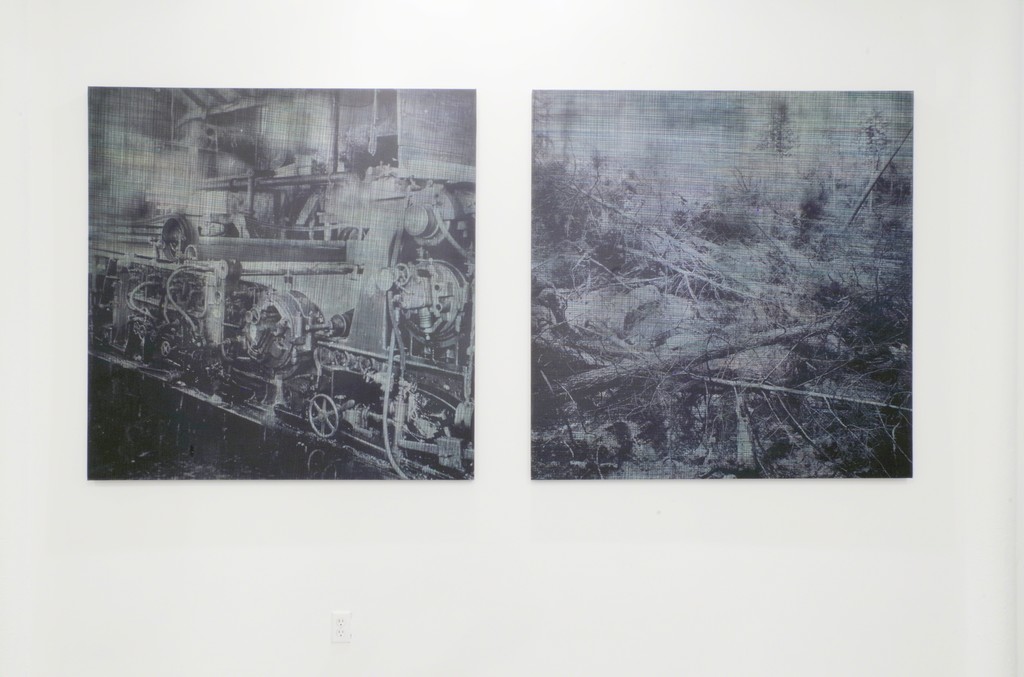 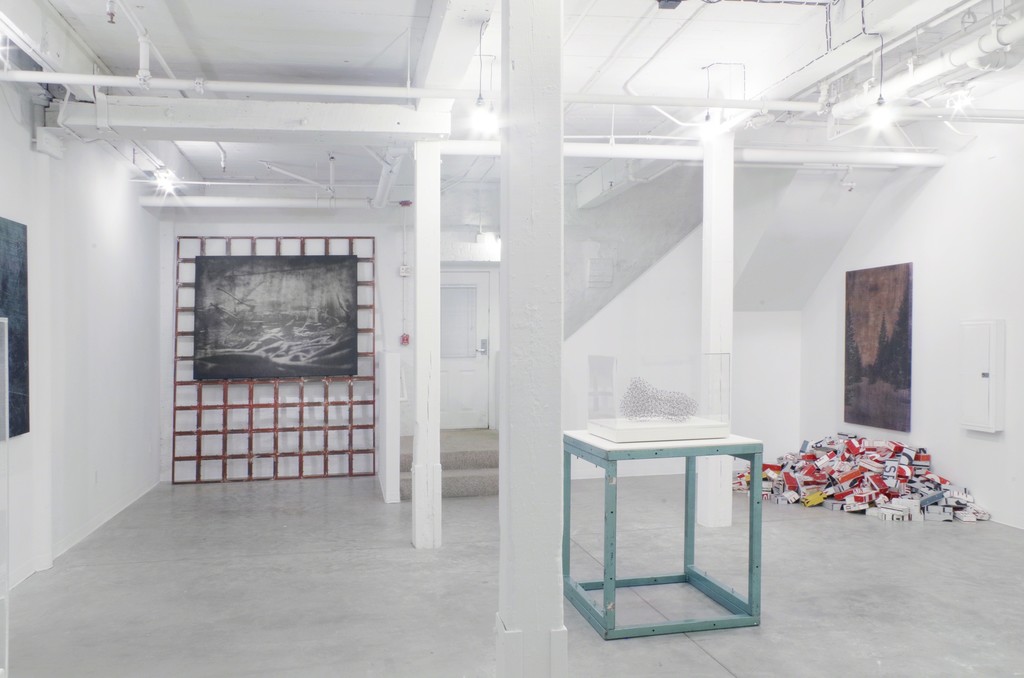 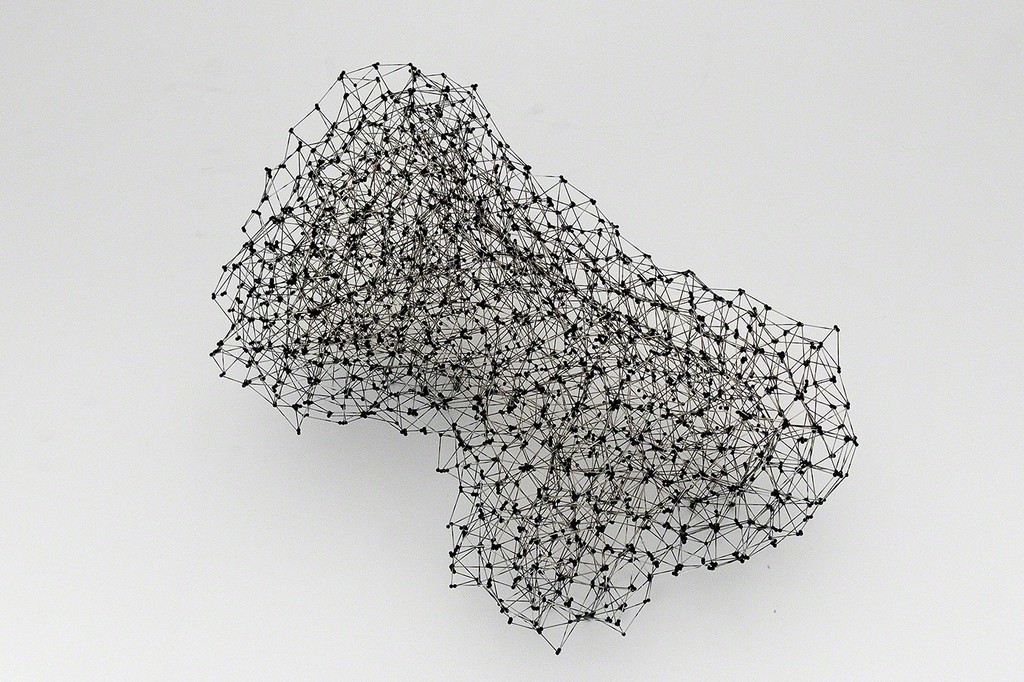 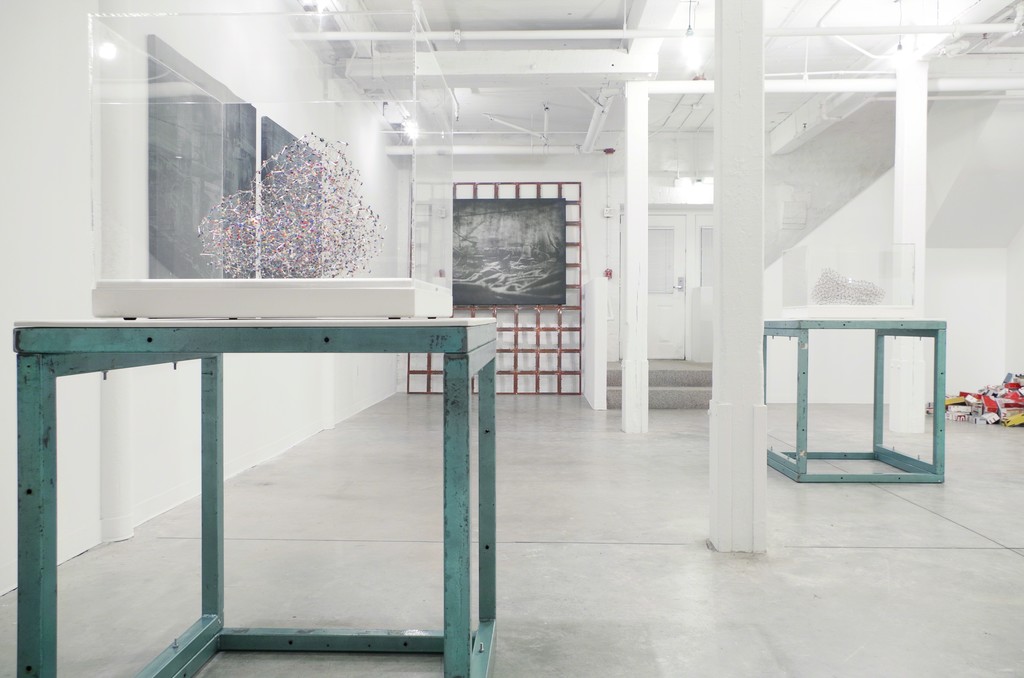 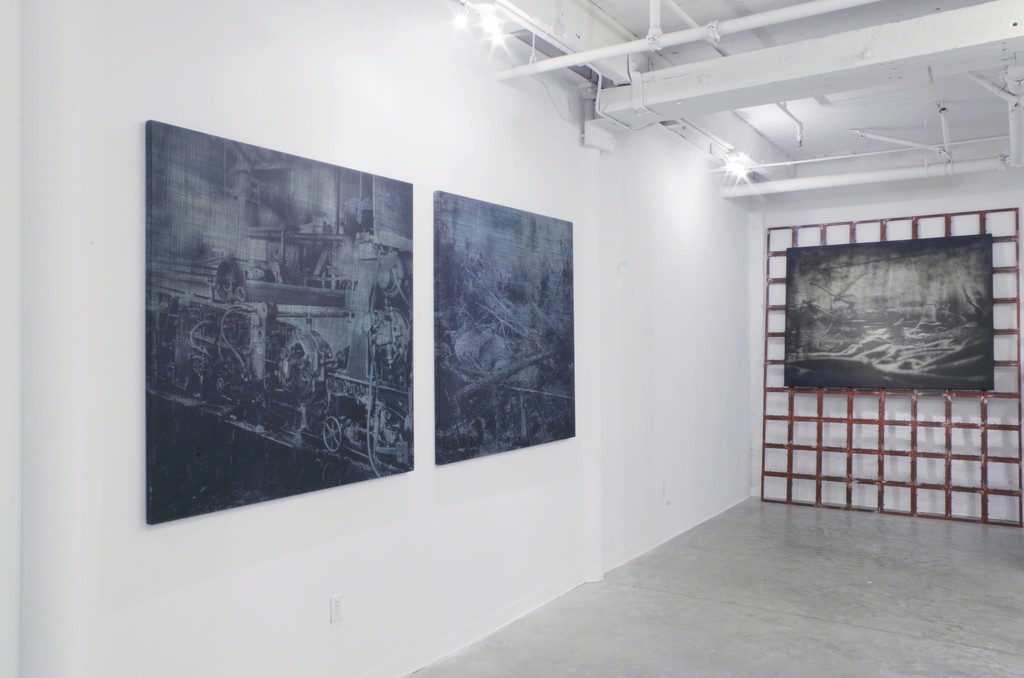 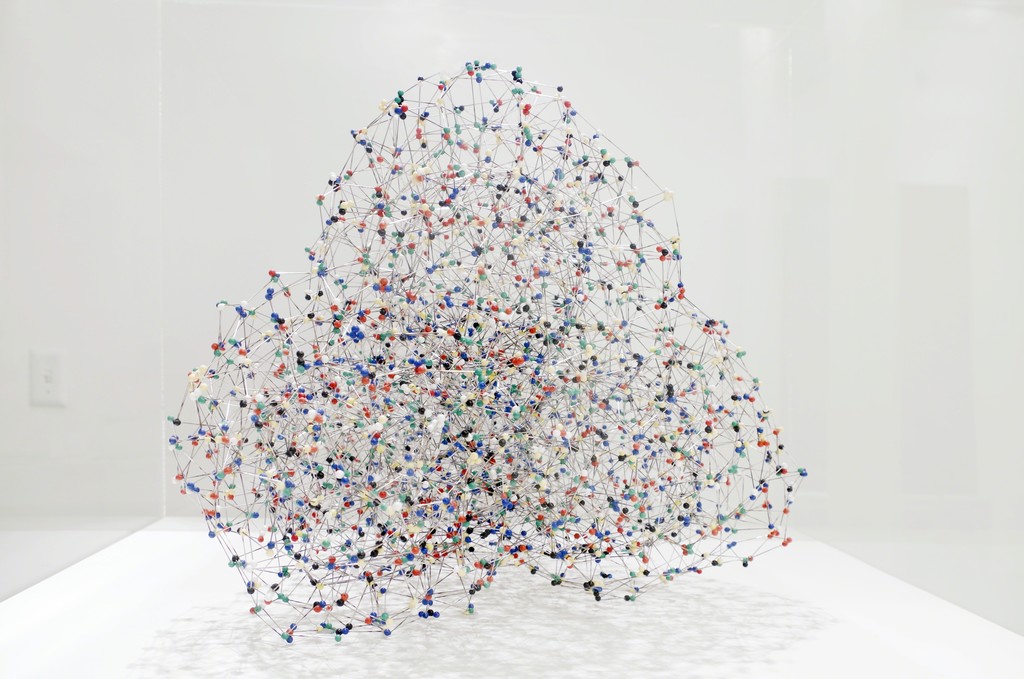 "Music fuels my studio practice. Recently I have become more attentive to alternative methods of composing, layering, and relating a narrative through the abstract nature of sound. Notes, distortion and rhythm translate into texture, color, form and design. In the same way that multiple layers within musical compositions become more complex as each of these principles begin to affect one another, a resulting ambiance can also be created visually. The Bluffs exemplifies the various ways that musical methodologies can be translated through palpable elements.

Each component within The Bluffs plays a its part within a larger narrative. The historic imagery offers a glimpse into the former lives of spaces that continue to be occupied in the present. As records of objects, there is a suggestion of a sense of authenticity. Many of these images were recorded long before my existence and I am interested in the chasm that time creates between my own understanding of the images and the experience of the photographer from the original time and place."

After receiving his MFA from The University of Madison-Wisconsin in 2010, Leroux relocated to Philadelphia, Pennsylvania and has continued working and showing extensively in the United States. A former musician who realized he “loved tearing things apart and putting them back together,” Joseph Leroux harnesses the energy of live music in his sculptures. Each work subverts its intended use and becomes a prop in a parallel reality in which objects take on alternative functions. Constructed from materials both created and found—including logging saws, wood, drums, and paint—Leroux’s sculptures reference the artist’s upbringing in the mill town of Newton Falls in upstate New York. The finely constructed pieces and installations fuse together themes from design, architecture, music, and modern industry.