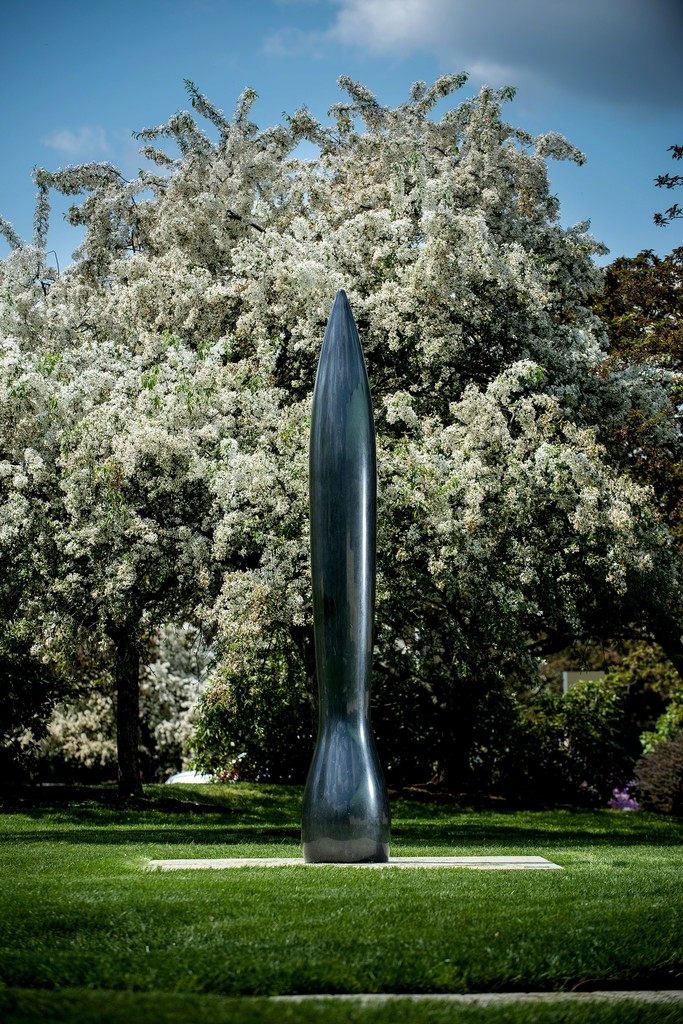 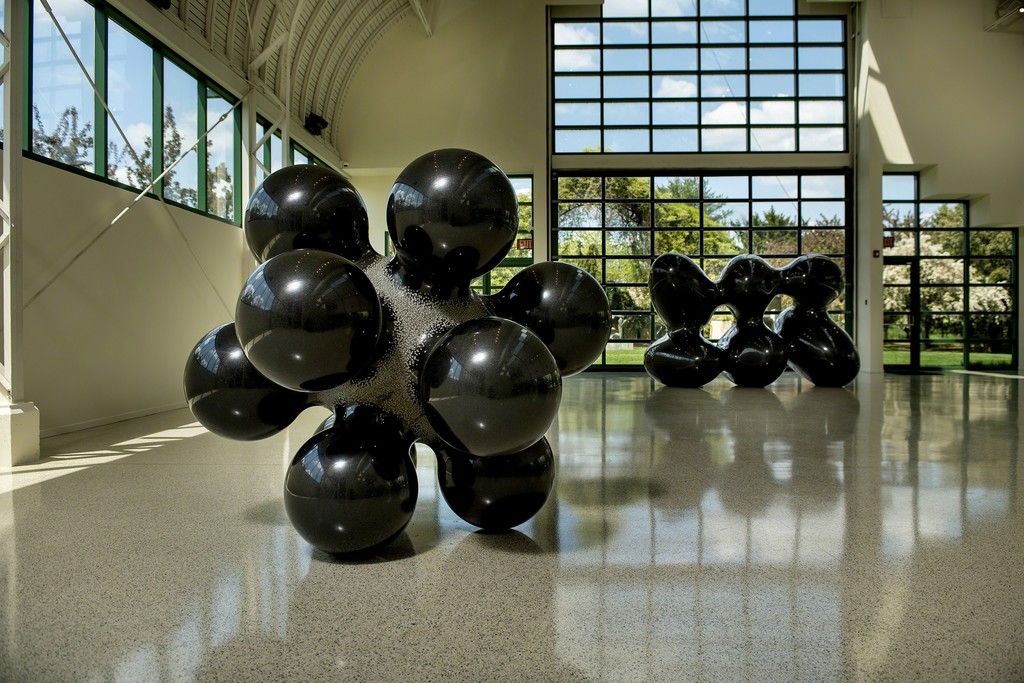 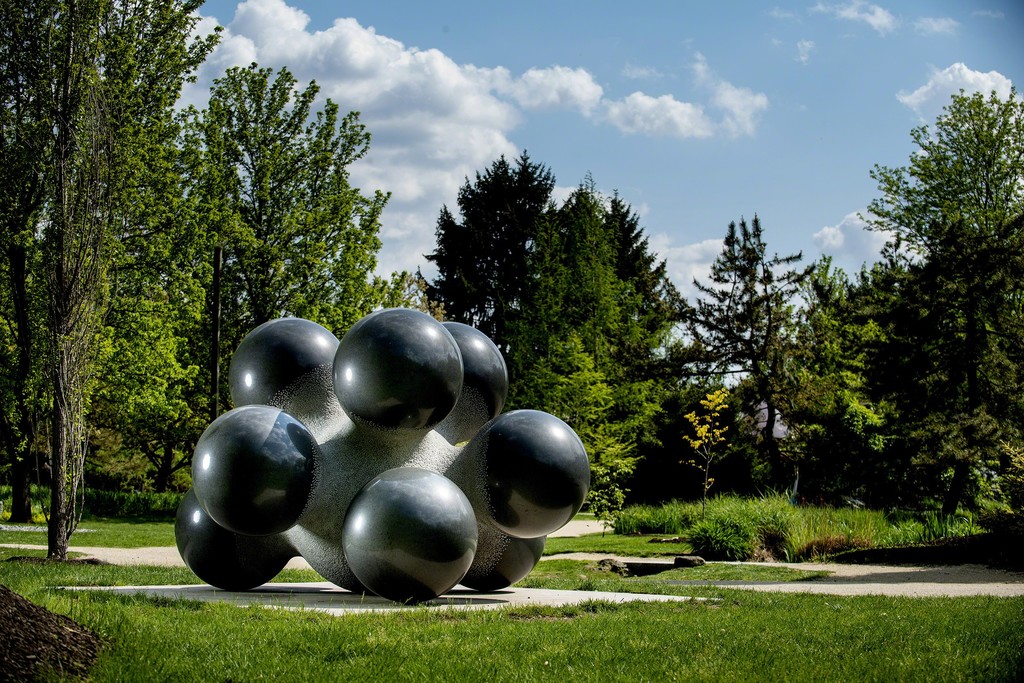 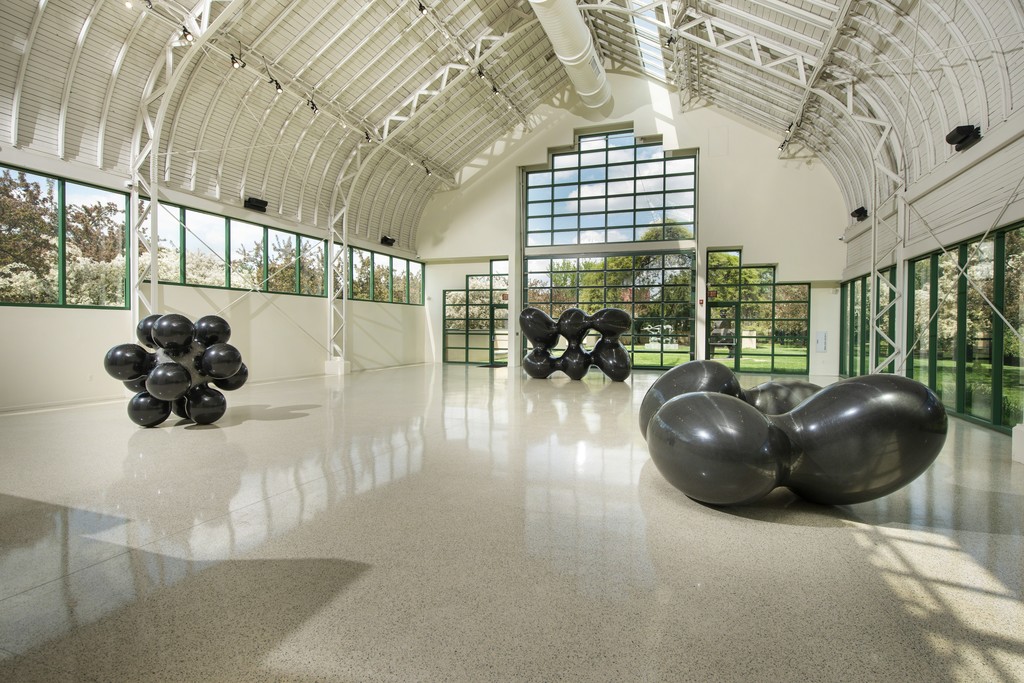 Installation view of Masayuki Koorida: Sculpture, in the Museum Building at Grounds For Sculpture

Hamilton, N.J. (March 22, 2018): Grounds For Sculpture (GFS) is pleased to present Masayuki Koorida: Sculpture, which opens to the public on May 5, 2018. The exhibition will feature an extensive survey of Koorida’s work and is his first major exhibition in the United States.

On view in the Museum Building and outdoor gardens, the exhibition will feature 26 of the artist’s sculptures. Koorida’s primary medium is stone, and the exhibition includes several large-scale pieces carved in granite and marble as well as new stone works created for this exhibition. The mezzanine gallery will feature smaller works in a variety of mediums, including milled stainless steel and cast acrylic. A collection of nine of Koorida’s new graphite drawings will complete the installation.

Koorida’s sculptures are as much serious as they are welcoming of interaction. The combination of highly textured and sensuously smooth surfaces are invitations to tactile exploration. Inspired by the natural world, the sculptures can appear as though they have paused for a moment as they sprout from the ground. Circular, amorphous shapes become legs or antennae. The titles, such as Rise, Black Seed, and Tentacle, reflect the organic forms that inspired the artist. To create his large works, Koorida often references one of his smaller-scale sculptures which he then uses to inform the process of enlarging the finished work to a greater scale.

Tom Moran, the Chief Curator of GFS, selected the works for this exhibition. “When I felt the power of Masayuki’s work while visiting China, I knew we had to bring it to Grounds For Sculpture for all to experience. Strength and seduction of form and material combine with the biomorphic shapes found in nature thanks to Koorida’s powerful vision,” says Moran.

Masayuki Koorida was born in Kyoto, Japan in 1960 and grew up in the post-World War II environment that formed his world. Koorida’s love of his culture, and of art and nature, led to his decision to become an artist. He attended Musashino Art University in Tokyo and in 1999, left Japan on a special residency grant in the Netherlands. In 2006, Koorida moved to Shanghai—a major multicultural metropolis—and established his studio. In these past 12 years, he has created some of the most striking stone works of his career. His work has been featured recently in an installation of the new Japanese Garden of the Frederick Meijer Gardens and Sculpture Park in Grand Rapids, Michigan as well as having works on view at Yorkshire Sculpture Park in England.

“From our first site-specific outdoor commission, Isaac Witkin’s Garden State, to recent installations by Elyn Zimmerman and Mark Mennin, Grounds For Sculpture has a long history of exhibiting monumental works in stone. Koorida builds on that tradition with his highly stylized and polished sculpture,” says Gary Garrido Schneider, Executive Director of GFS, “The works have an austere elegance and yet there’s a warmth and invitation in the organic shapes and mirror-like surfaces.”