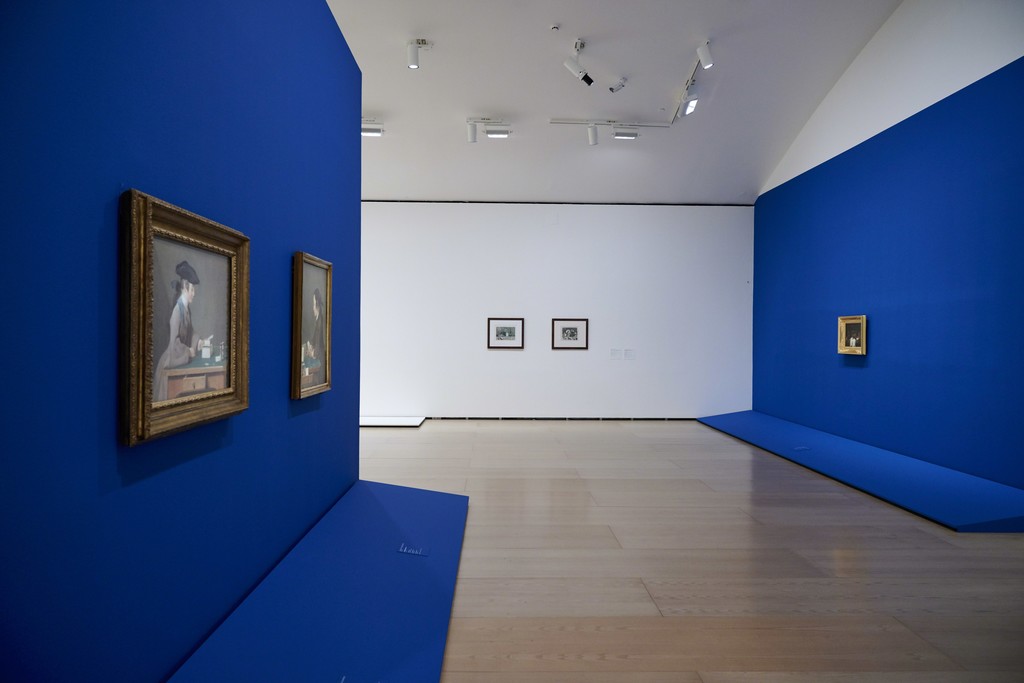 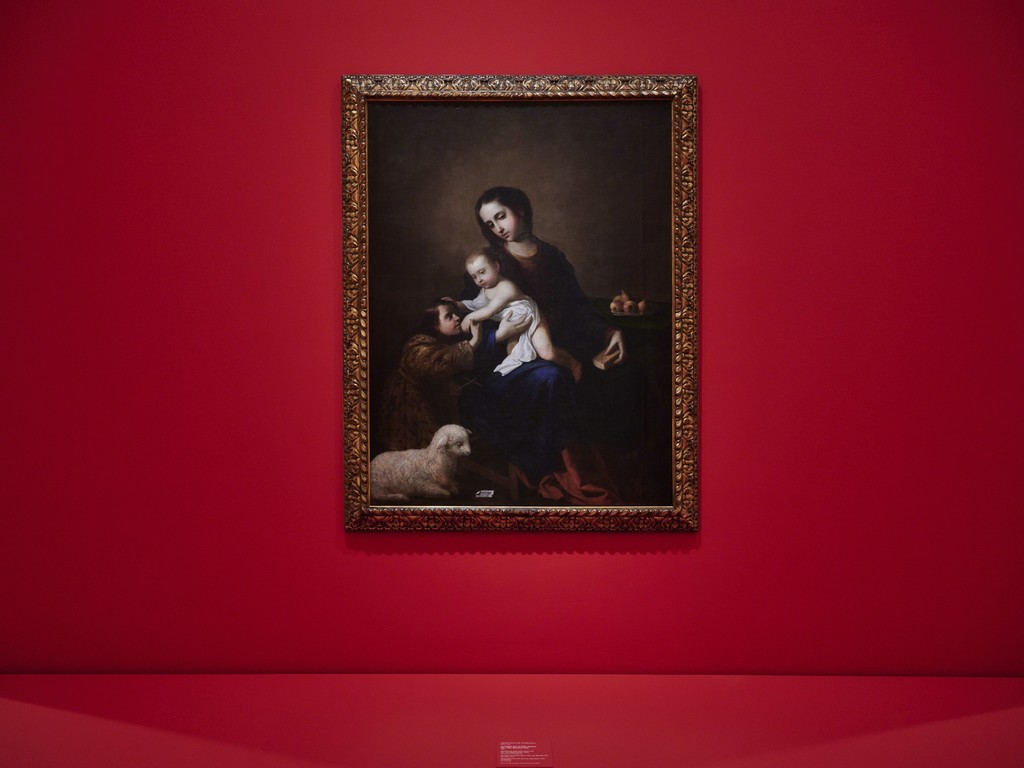 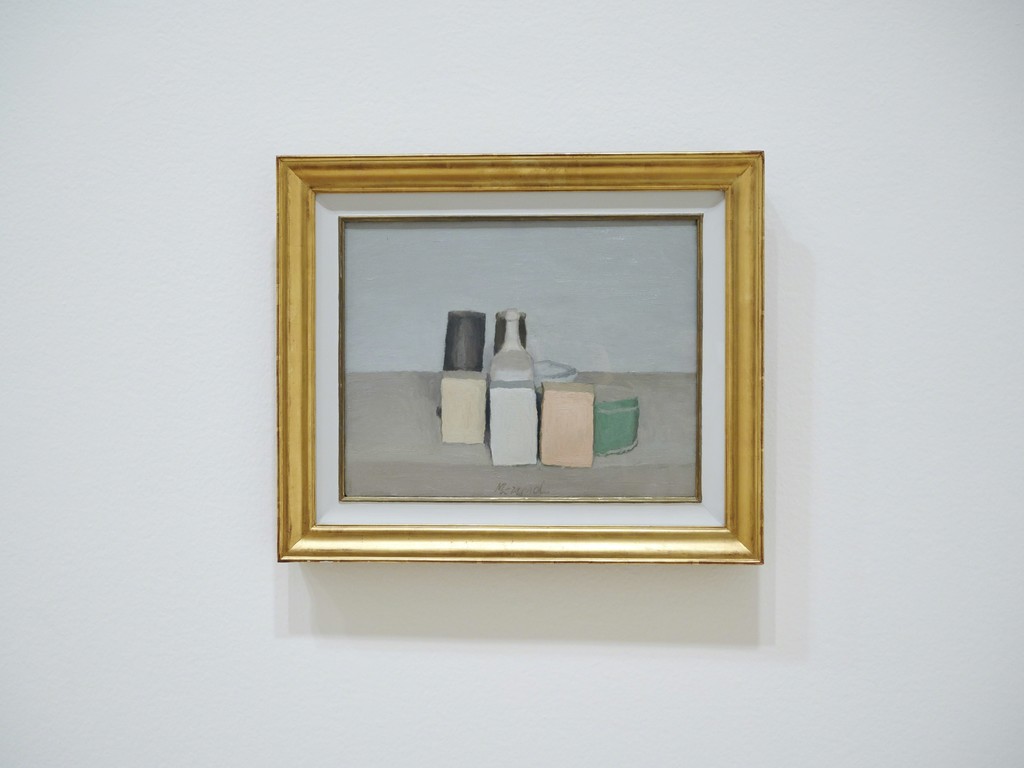 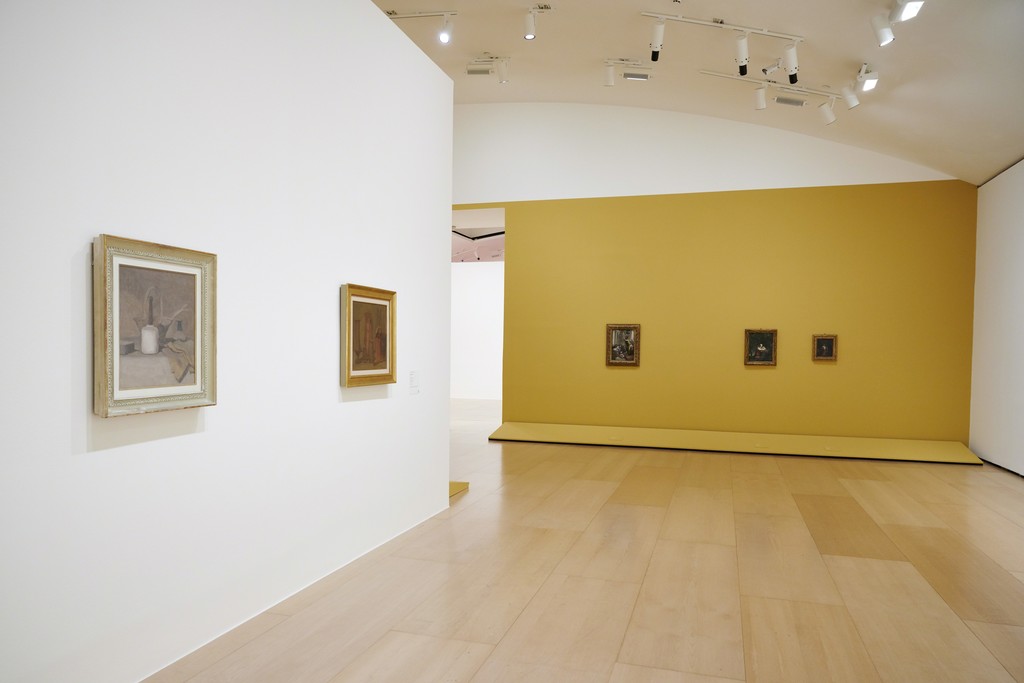 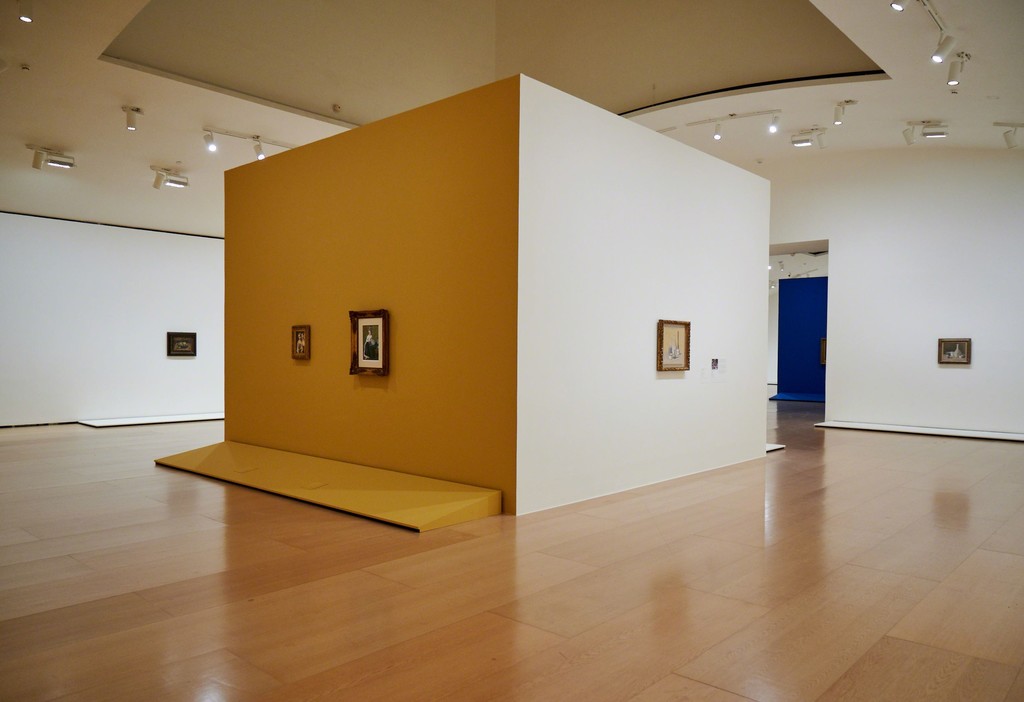 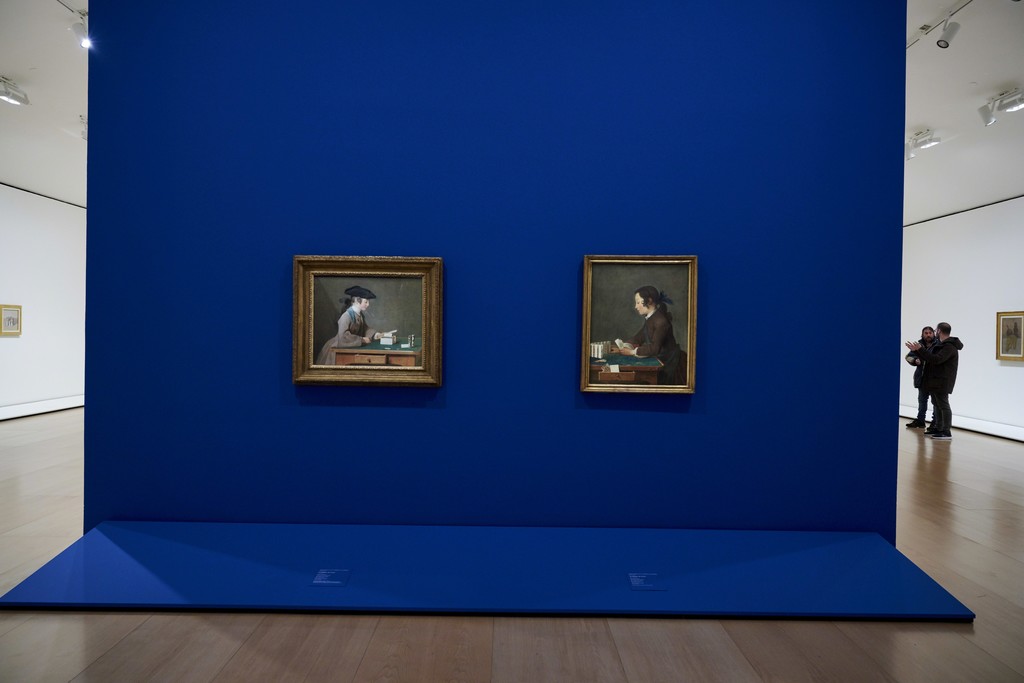 A Backward Glance:
Giorgio Morandi and the Old Masters

The Guggenheim Museum Bilbao presents A Backward Glance: Giorgio Morandi and the Old Masters. This survey of a great 20th-century Italian painter explores the relationships between his still lifes and some of his main art historical sources. Sponsored by Iberdrola, this exhibition brings together, for the first time, an extensive selection of Morandi’s exceptional paintings and works by the Old Masters who impacted his artistic practice, which spanned over four decades, from post-World War I to the early 1960s.

“I felt that only an understanding of the most vital works that painting had produced through the past centuries could guide me in finding my own way.” Giorgio Morandi

Morandi was an insightful student of art history who had multiple referents in mind when developing his artistic practice. The exhibition explores historical influences, all of which precede the 19th century, from three different European countries: 17th-century Spanish painting and the tradition of the bodegón; the Bolognese school of painting from the late 16th to early 18th centuries; and the 18th-century, French painter Jean-Baptiste Siméon Chardin. Each section examines a feature prominent in Morandi’s works: the theatricality of the Spaniards, the naturalism of the Italian Seicento, and the intimacy and geometry of Chardin.
Beginning in 1920 Giorgio Morandi (b. 1890, Bologna; d. 1964) devoted himself to the analysis of objects (bottles, flower vases, boxes, tins) and landscapes, which he reduced to their essential forms. The artist rendered his favorite objects again and again arranging them in subtly different ways, focusing on the infinite pictorial possibilities these trivial, domestic items provided. His figurative works stand out from other 20th-century paintings for their unique intensity, beauty, and timelessness. Representing the most mundane objects, Morandi’s still lifes, which are extraordinarily personal in terms of composition and the use of color and light, reveal the artist’s pursuit of pure and concentrated forms.

Throughout his career, Morandi looked to several European schools of painting. The still lifes that he created between the 1920s and the early 1960s evidence the power of the art he studied. However, Morandi only saw a few of the actual paintings that inspired him in person at museums or in exhibitions. Primarily, he discovered Old Master works through reproductions in books and journals or through art historical scholarship.

Gallery 305. Morandi and the Still-life Tradition
Morandi’s awareness of Spanish Golden Age painters dovetails with the rediscovery of these masters in Italy. Morandi’s friend, the art historian and critic Roberto Longhi drew attention to Diego Velázquez and Francisco de Zurbarán in his writings. In the early 1910s, Florentine artist and critic Ardengo Soffici revived Zurbarán, describing him as avant-garde in an article published in his modernist magazine La Voce, a publication that Morandi read. In 1930, Longhi curated the exhibition Gli antichi pittori spagnoli della collezione Contini-Bonacossi at the Galleria Nazionale d’Arte Moderna in Rome, the largest collection of Spanish Old Masters in Italy; this included an impressive group of paintings by El Greco (Doménikos Theotokópoulos), Bartolomé Esteban Murillo, Velázquez, and Zurbarán. The location of the exhibition was important, since the Galleria Nazionale d’Arte Moderna was the leading Italian museum of 19th- and 20th-century art. Thus, presenting these paintings there automatically characterized them as “avant-garde.” In the introduction to the Contini-Bonacossi exhibition catalogue, Longhi stressed the importance of the presentation for contemporary artists, and he stated that Zurbarán was the “greatest builder of form with light, after Caravaggio and before Cézanne,” describing him as a proto-modernist artist.

A particularly illuminating episode regarding El Greco, which occurred in ca. 1918–19, testifies to Morandi’s interest in Spanish Golden Age art. Morandi’s friend, the literary critic Giuseppe Raimondi, recalled a visit he made to the painter’s house, where he saw a small book on El Greco. Pointing to a reproduction of an Assumption or an Annunciation the size of a postage stamp, Morandi directed his friend’s attention to the flowers at the feet of the angels and stated: “No modern painter has painted flowers like these. Perhaps only Renoir…” The attention he paid to El Greco’s flowers is evident in some of his own flower paintings. In the first gallery, Morandi’s vases are juxtaposed to a 17th-century copy of El Greco that evidences the Old Master’s virtuosity in depicting plants, ivy in this particular case. This gallery also includes some of Morandi’s still lifes, which echo the harmonious compositions by painters such as Zurbarán and Meléndez.

Gallery 306. Morandi. A New Incamminato
In 1935, Robert Longhi published a history of the Bolognese School entitled Momenti della pittura bolognese. He articulated that the overarching characteristic of Bolognese painting was an immediate expressive interpretation of naturalism. Significantly, he concluded his account with Giorgio Morandi, describing his work as that of a new “incamminato” (someone on the right path). According to Longhi’s narrative, after the Trecento and the anticlassical, expressionistic art Vitale da Bologna created, the “heroes” were the three Carracci brothers, Annibale, Agostino, and Ludovico, Baroque painters active in the late 1500s and early 1600s. The Carraccis’ tenets lived on in the art school they founded around 1582, the “Accademia degli Incamminati,” where they taught a modern pictorial style grounded in established artistic traditions. Likewise, Longhi noted that Morandi mined the past to find his way through the “most troublesome droughts” of modern painting.

Morandi paid attention to his Baroque forerunners and subsequent influences, although he focused on very specific elements within these images. Art historian Francesco Arcangeli, another friend of the artist, recalled a visit to the Pinacoteca Nazionale di Bologna. When viewing Guido Reni’s masterpiece Madonna and Child in Glory with the Patron Saints of Bologna (also known as the Pala della Peste or the Altarpiece of the Bubonic Plague, 1630), Morandi concentrated on a small, trivial detail at the bottom of the painting: a depiction of the city of Bologna, the treatment of which he related to his own compositional concerns. Even more telling is the presence in Morandi’s private collection of four small paintings by the Bolognese Giuseppe Maria Crespi. Longhi had addressed Crespi’s brilliance in his Momenti della pittura bolognese. Crespi’s genre scenes often feature still lifes. In the second gallery, the Crespi paintings are shown in dialogue with Morandi’s still lifes.

Gallery 307. Space and Matière: Chardin and Morandi
Of all the Old Masters, Morandi most admired the French genre painter Jean-Baptiste Siméon Chardin. Morandi was prescient in his judgement, since the 18th-century artist had largely been ignored in Italy during the pre-World War II era. Initially learning about Chardin through publications, Morandi may have read the article that critic Henri de Prureaux published in 1911 in the avant-garde magazine La Voce, in which he argued that Chardin had invented the modern self-referential still life. Morandi saw reproductions of Chardin’s works for the first time in French periodicals from the 1920s like L’Amour de l’Art. Around the same time, in 1932, the journal Valori Plastici produced and distributed (in Italy) an edition of the richly illustrated Chardin monograph by André de Ridder.

Morandi hung plates from de Ridder’s book on the walls of his studio, keeping these models in constant sight. Even more revealing is his visit to the Kunstmuseum in Winterthur in June 1956. In the Reinhart collection he saw two Chardins: Still Life with Pomegranates and Grapes (1763) and a version of Young Man Building a House of Cards (after 1735). In the latter, Morandi focused on the “arrangement of the cards,” according to the director of the Kunstmuseum, Heinz Keller, who accompanied the artist on his tour. After, Morandi executed a series of works that echo Chardin’s compositional concerns in Young Man Building a House of Cards (ca. 1736–37), emphasizing their shared interest in seriality.

The third gallery presents a selection of Morandi’s still lifes together with a Chardin still life containing similar elements, such as a cloth cascading off a table. Even more instructive are Chardin’s works of a boy building a house of cards. Morandi emulated the geometric forms of the houses of cards in his arrangements of boxes visible in many works on view in this gallery.

BIOGRAPHY
Born in Bologna, Giorgio Morandi (b. 1890; d. 1964) produced his timeless still lifes including those containing vases of flowers, and landscapes in his studio-bedroom in his hometown. Between 1907 and 1913, Morandi studied at the Accademia di Belle Arti of Bologna and had fleeting contact with Italian Futurism, Italy’s iconoclastic avant-garde. In 1919-20, he joined artists including Carlo Carrà and Mario Sironi, as well as Giorgio de Chirico, in the short-lived Pittura Metafisica movement. After this interlude, Morandi embarked on a personal artistic quest to explore the genre of the still life; he imbued the inanimate objects in his contained compositions with an almost anthropomorphic presence. Coinciding with the emergence of abstraction, the return to order, and the international heterodoxy which characterized the post-World War II period, Morandi’s works defy classification.

DIDAKTIKA
This exhibition’s didactic space includes a number of visual games entitled Morandi’s Views. The experience starts with an analysis of individual Morandi works. These go beyond his still lifes, to include his self-portraits and landscapes, and highlight Morandi’s study of great masters such as Giovanni Bellini, Paul Cézanne, Giovanni Costa, Giotto, Nicolas Poussin, and Henri Rousseau. Morandi’s forms; his use of light and shadow; the architecture of Bologna; his mediums, which range from oil on canvas to engravings; his visits to museums and galleries in Florence, such as the Uffizi; along with his study of classical works through publications or postcards are all discovered by taking part in this experience.

Film series: Afternoons of Cinema “alla Morandi” (May 25–26)
A selection of film masterpieces in which Morandi’s imprimatur is clear: from Federico Fellini to Luca Guadagnino and Michelangelo Antonioni.

All the information on the Guggenheim Museum Bilbao is available at www.guggenheim-bilbao.es (Press Room).