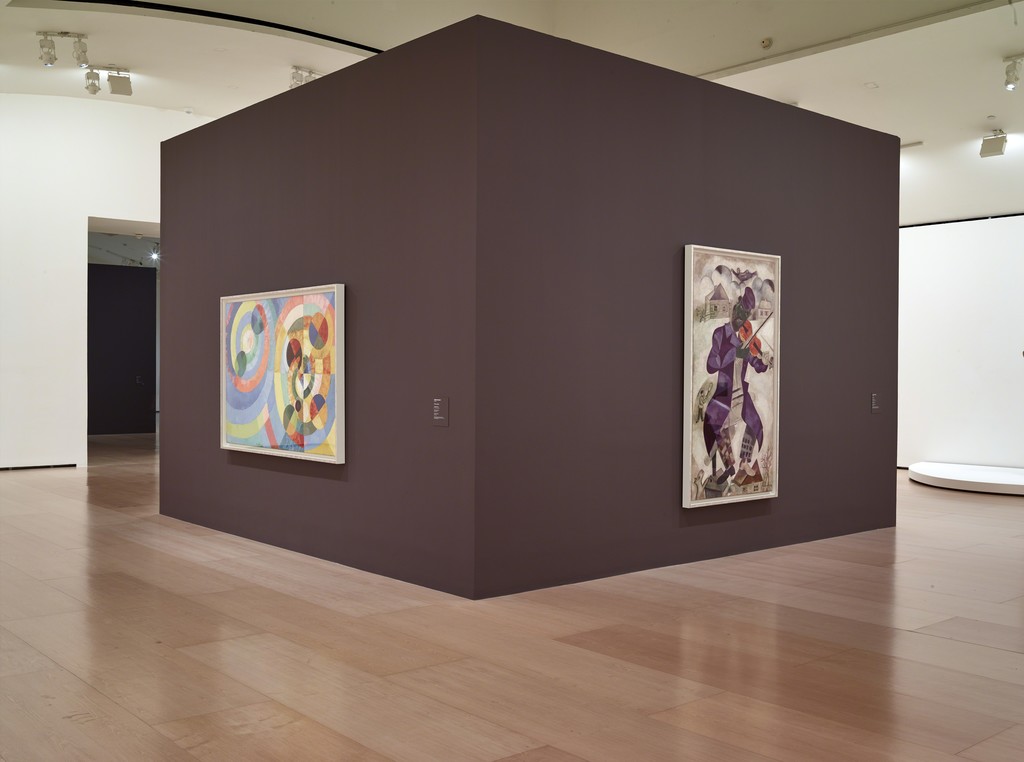 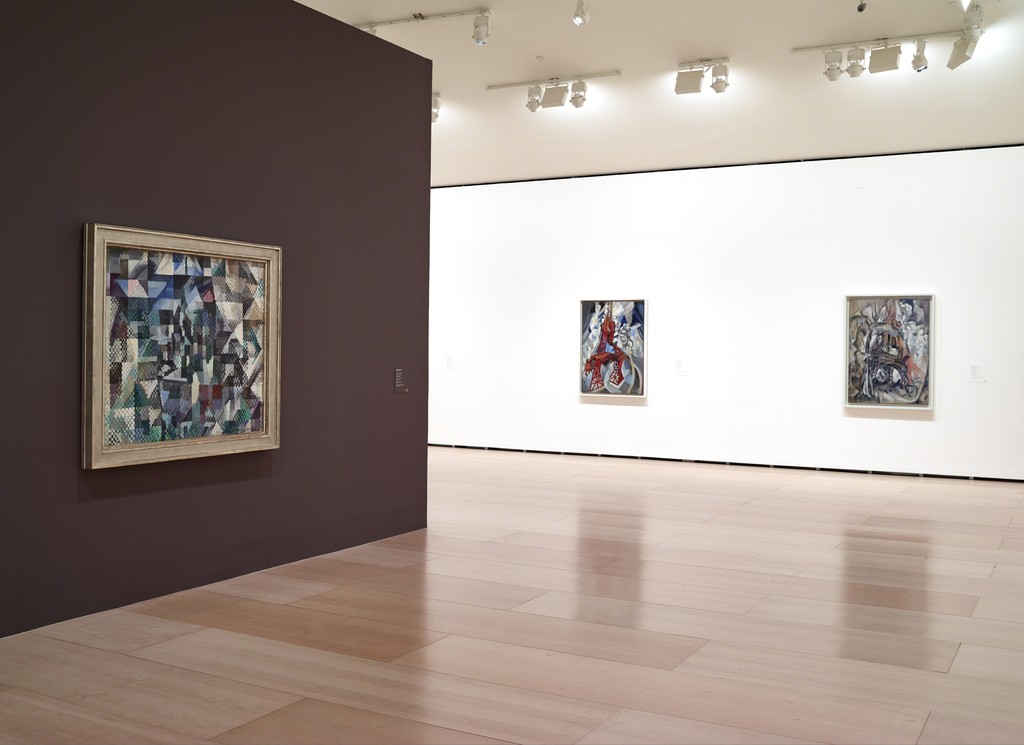 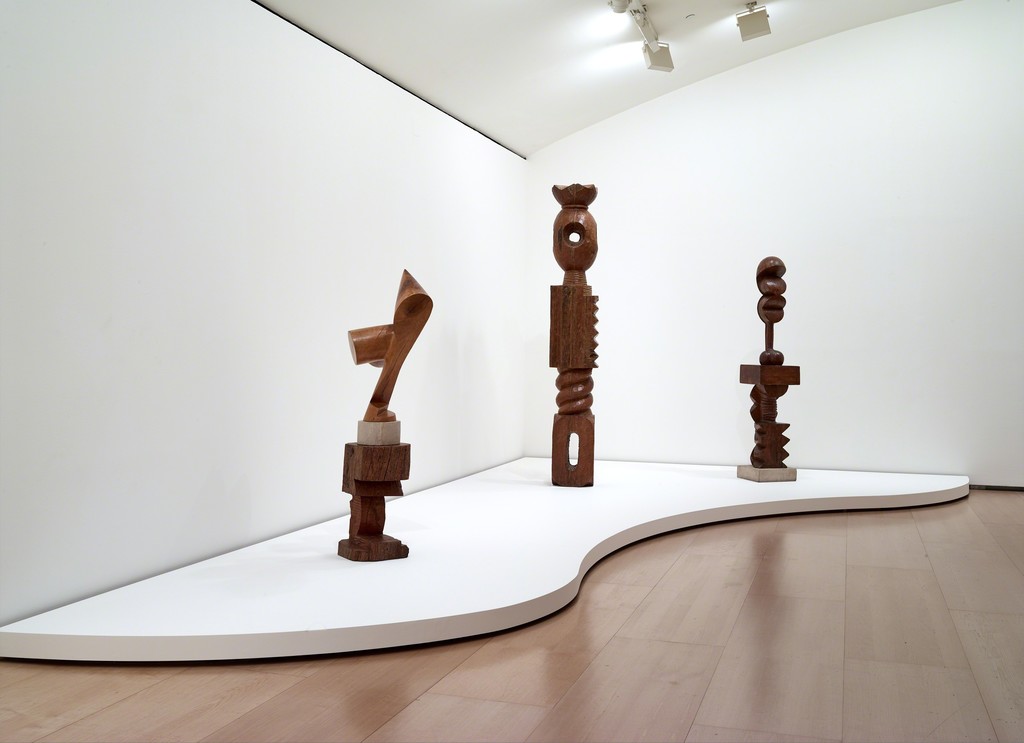 The Guggenheim Museum Bilbao presents
Windows on the City: The School of Paris, 1900–1945

• This presentation charts the key movements of modernism, from Cubism to Orphism to Surrealism, and the artists who came to be known as the École de Paris (School of Paris).

• In Paris Picasso and Braque radically overturned the conventions of painting, Delaunay composed harmonious visions of color, Kandinsky pursued new directions in abstraction, and Brancusi reimagined how sculptures could be present in space.

• The exhibition presents some of the most influential paintings and sculptures of the last century, created by artists such as Brancusi, Braque, Delaunay, Modigliani, and Picasso.

Windows on the City: The School of Paris, 1900–1945 includes some of the most influential paintings and sculptures of the last century, created by artists such as Constantin Brancusi, Georges Braque, Robert Delaunay, Amedeo Modigliani, and Pablo Picasso.

In the early twentieth century, Paris was the capital of the avant-garde. Artists from around the world settled in the City of Light, where they created new forms of art and literature and responded to the rapid economic, social, and technological developments that were fundamentally transforming city life. It was in Paris that Picasso and Braque radically overturned the conventions of painting, Delaunay composed harmonious visions of color, Kandinsky pursued new directions in abstraction, and Brancusi reimagined how sculptures could be present in space. The title of the exhibition, which refers to a series by Delaunay, illustrates how the modern city became a backdrop and an inspiration for artistic production.

Spanning from the first years of the twentieth century through World War II, the exhibition charts the key movements of modernism—from Cubism to Orphism to Surrealism—and the artists who came to be known as the École de Paris (School of Paris). Among the masterpieces featured are Picasso’s Le Moulin de la Galette (1900), Modigliani’s Nude (1917), and Marc Chagall’s Green Violinist (1923–24). Though diverse, the artistic visions represented in this exhibition manifest a common impulse to eschew conservative aesthetics and transform perceptions of everyday life in a modern city.

The rise of Fascism and the occupation of France during World War II ultimately ended the School of Paris, as the artists who had once sought political, spiritual, and creative refuge in the city were forced to leave.

A tour through the exhibition

Cubism was one of the most important artistic innovations that emerged in Paris in the first half of the twentieth century. This revolutionary approach to painting, developed by Pablo Picasso and Georges Braque between 1907 and 1914, challenged the conventions of visual art and the very nature of representation. This gallery includes key works that exemplify Analytic Cubism, an intellectual style in which form and space are “broken down;” Braque’s Piano and Mandola (1909–10) and Picasso’s Bottles and Glasses (1911–12) feature many characteristics of this approach, including a muted palette. While still recognizable in these paintings, objects are fractured into multiple planes, as is the background.

In the years leading up to and following World War I, artists used the visual vocabulary of Cubism to achieve various ends, such as exploring pure abstraction and modern science, and infusing contemporary experience with the spirituality of folk traditions. Robert Delaunay’s depictions of Parisian life and landmarks, are exemplified in works such as Red Eiffel Tower (1911-12), while his later abstract painting, Circular Forms (1930) showcases his interest in contemporary developments in optics.

In this gallery, visitors can also observe Green Violinist (1923) by Russian artist Marc Chagall, who produced this painting upon his return to Paris after having spent much of World War I in his home country. The work merges the Cubist fragmentation of space with colorful imagery inspired by Russian and Jewish folklore, conveying the artist’s nostalgia for the religious festivals and popular celebrations of his youth.

The work of Constantin Brancusi, who traveled from his native Romania to settle in Paris in 1904, rejects the theatrical, narrative impulse of much nineteenth-century sculpture in favor of radically simplified, abstract forms and the unadorned presentation of wood, metal, and other materials. Brancusi never identified the specific sources or meanings of his works, but The Sorceress (1916–24) might relate to a supernatural figure from Romanian legends.

After the First World War, Paris once again became a center of cultural production. During that time, the adherents of Surrealism—a movement inaugurated with André Breton’s 1924 manifesto—were also counted as part of the School of Paris. Drawing on the theories of Sigmund Freud, these writers and artists attempted to articulate and give form to repressed desires, dream imagery, and other elements of the unconscious. Some, like Yves Tanguy, juxtaposed incongruous images and objects; others, like Jean Arp and Joan Miró, experimented with automatism, creating drawings without a premeditated composition or subject in order to bypass the conscious mind. Influenced by Arp and Miró, American sculptor Alexander Calder created a language of movement and balance with his famous mobiles and wire sculptures, including Romulus and Remus (1928).

Vasily Kandinsky, who made significant advances in abstract painting while living in Germany and Russia during the 1910s and ‘20s, settled in Paris in 1934. In his works from this period, including Yellow Painting (1938) and Around the Circle (1940), Kandinsky combines free-playing forms similar to those from his earliest abstractions with the more geometric and biomorphic shapes he developed while teaching at the Bauhaus.

The exhibition includes an educational area that aims to transport visitors to turn-of-the-century Paris through a “time tunnel” that provides a historical, political, economic, and social context of the time. An icon of modernity and the avant-garde, Paris is, in a way, a co-star of the exhibition.

Focusing on four major expositions that took place in Paris during the first half of the twentieth century—the 1900 Universal Exposition, the 1925 International Exposition of Modern Industrial and Decorative Arts, the 1931 International Colonial Exhibition, and the 1937 International Exposition of Art and Technology in Modern Life—the contents of the Didaktika are presented through texts, large photomurals, videos, and audio recordings that evoke the vibrancy of the City of Light.
In connection with the exhibition, the museum also will offer the following programs:

Course About the School of Paris
In collaboration with the Philharmonic Society of Bilbao, the museum will offer a course on the history of the School of Paris for museum members only. The course will focus on music, painting, and literature from the first decades of the twentieth century. It will include six sessions and take place in May and June.

Classic French Cinema and Live Music Cycle
On the Saturdays, May 7 and 21 and June 4, a selection of the best films from French silent cinema will be screened, including Man Ray’s The Mysteries of the Château de Dé (1929). The film will be accompanied by live music from prominent DJs using collectors’ vinyl records in collaboration with the Filmoteca de Cataluña and produced by Visual Phonic.

Finally, for additional information about the exhibition, visitors can approach our gallery hosts, a free service that the museum offers daily from 11 am to 2 pm.