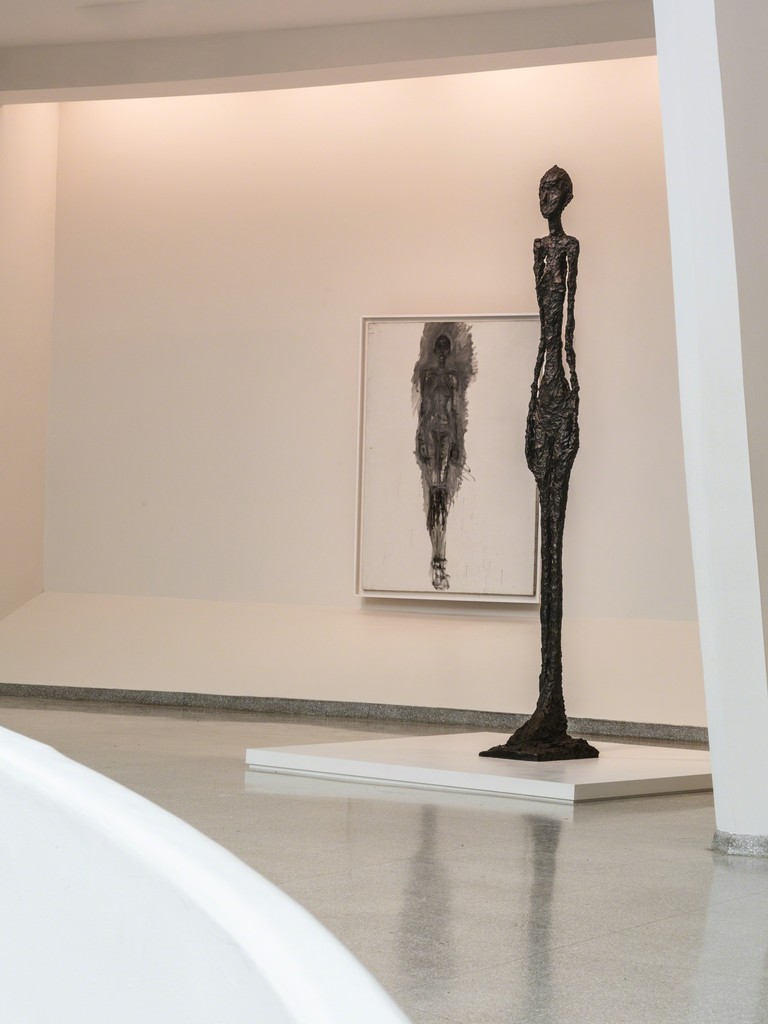 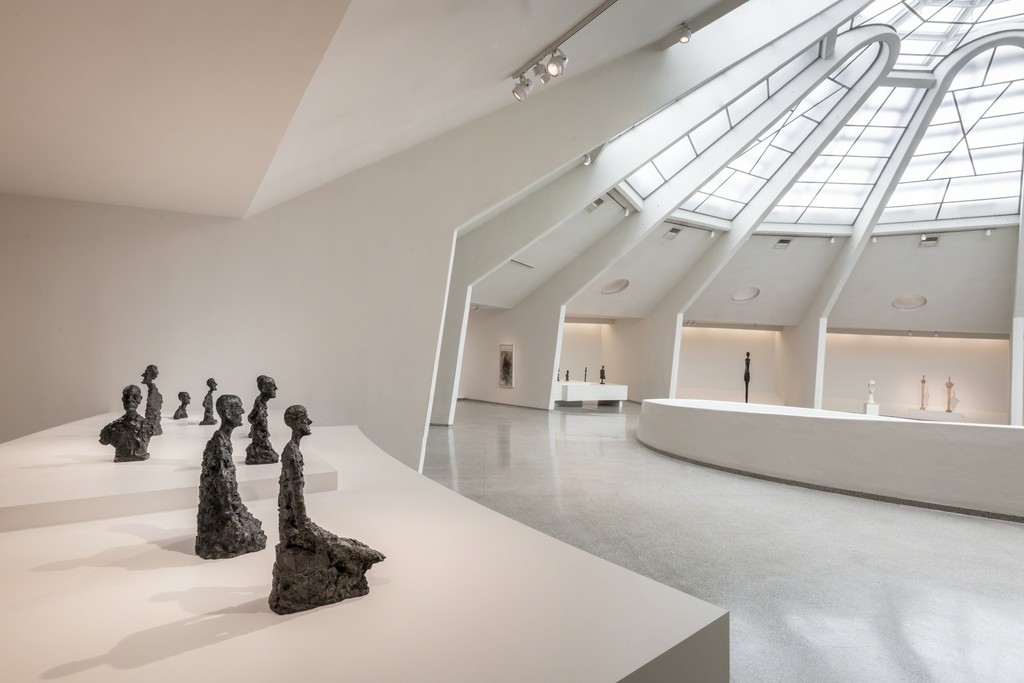 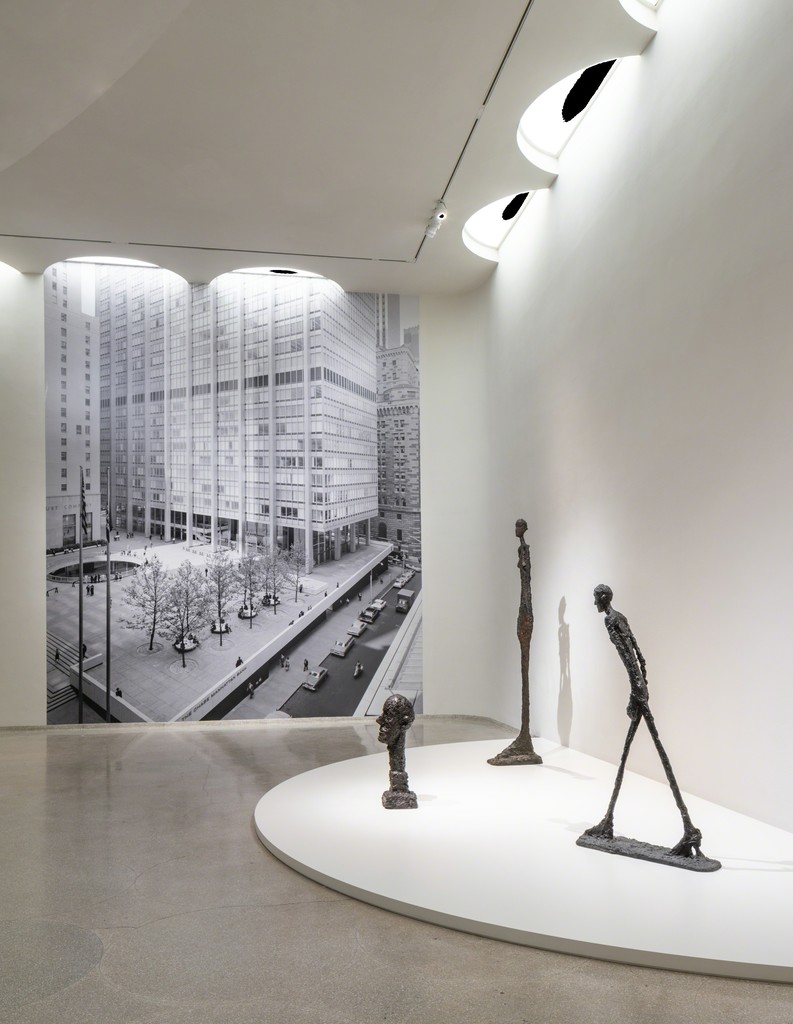 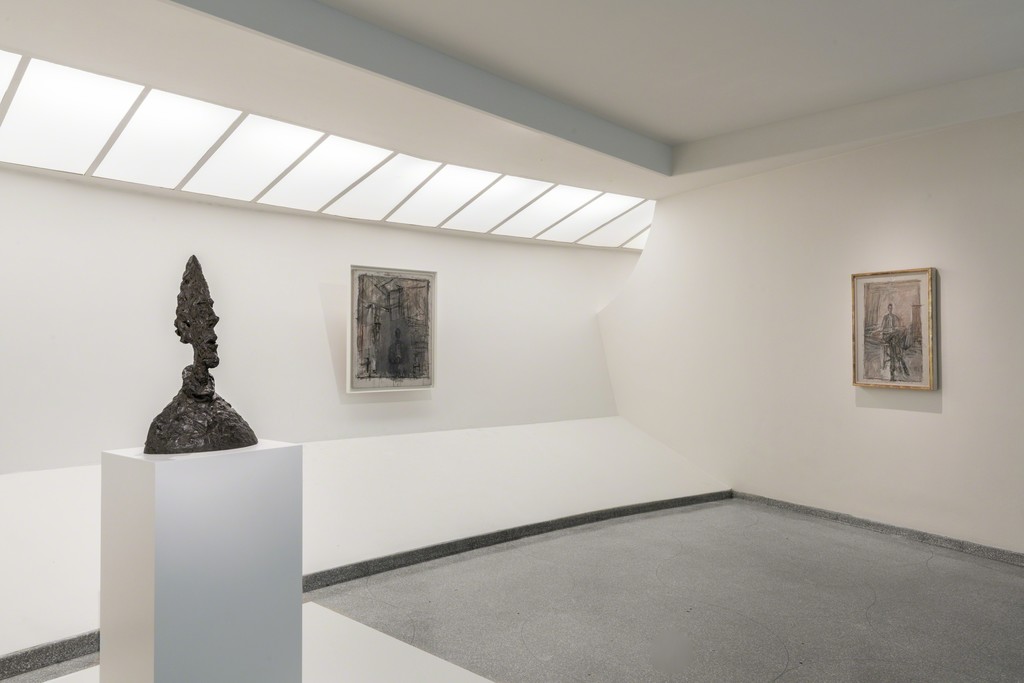 A preeminent artist of the twentieth century, Alberto Giacometti (1901–1966) investigated the human figure for more than forty years. This comprehensive exhibition, a collaboration with the Fondation Giacometti in Paris, examines anew the artist’s practice and his unmistakable aesthetic vocabulary. Featuring important works in bronze and in oil, as well as plaster sculptures and drawings never before seen in this country, the exhibition aims to provide a deeper understanding of this artist, whose intensive focus on the human condition continues to provoke and inspire new generations.

Giacometti was born in the Swiss village of Borgonovo. His father, Giovanni, a recognized Post-Impressionist painter, introduced him to painting and sculpture at a young age. Giacometti moved to Paris in 1922 and eventually settled in a 15-by-16-foot studio in the artists’ quarter of Montparnasse. He produced the greater part of his oeuvre in this tiny space, which he maintained until the end of his life. Giacometti’s brother Diego, also an artist, became his assistant; he and Annette Arm, whom Giacometti wed in 1949, were the artist’s most frequently rendered models. During his early years in Paris, Giacometti pursued a deep interest in Cubism and a fascination with the unconscious and dream imagery that led to his association with the Surrealists. African, Cycladic, Egyptian, and Oceanic art captured his attention as well, influencing the formal development of his figures. In the late 1930s he began sculpting pocket-size heads and figures in which he explored perspective and distance; these spatial concerns would remain paramount throughout his career. Giacometti may be best known, however, for the painted portraits and distinctive sculptures that he created in the late 1940s. These innovative works, including a series of elongated standing women, striding men, and expressive busts, resonated strongly with a public grappling with the extreme alienation and anxiety wrought by the devastation of World War II. Giacometti was unflinching in his portrayal of humanity at its most vulnerable.

The Solomon R. Guggenheim Museum and Foundation has a long history with Giacometti. In 1955 the artist’s first museum show was presented in New York at the institution’s temporary quarters on Fifth Avenue. Noting divergent opinions on Giacometti’s art at that moment, one critic recognized the director James Johnson Sweeney for continuing “his program at the Guggenheim Museum of bringing forward the most controversial work of the time.” In 1974 the Guggenheim mounted a posthumous retrospective in its Frank Lloyd Wright–designed rotunda. The present exhibition is the first major museum presentation dedicated to the Swiss-born artist in the United States in more than 15 years.

Co-organized by the Solomon R. Guggenheim Foundation and the Fondation Giacometti, Paris.

Giacometti is made possible by
Lavazza logo

Funding is also provided by Christie’s and the Swiss Arts Council Pro Helvetia.

This exhibition is supported by an indemnity from the Federal Council on the Arts and the Humanities.