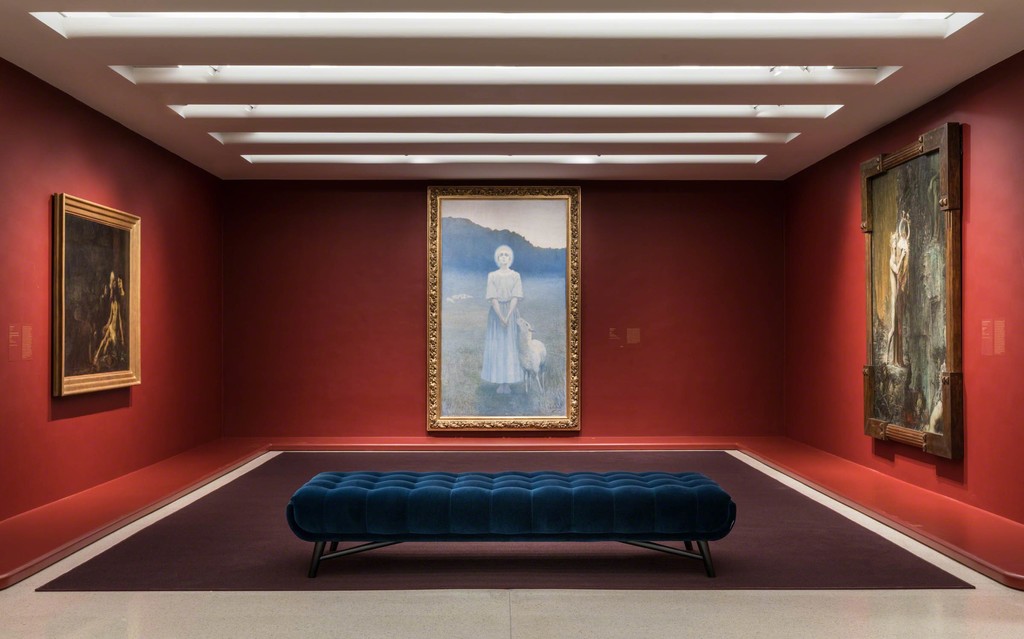 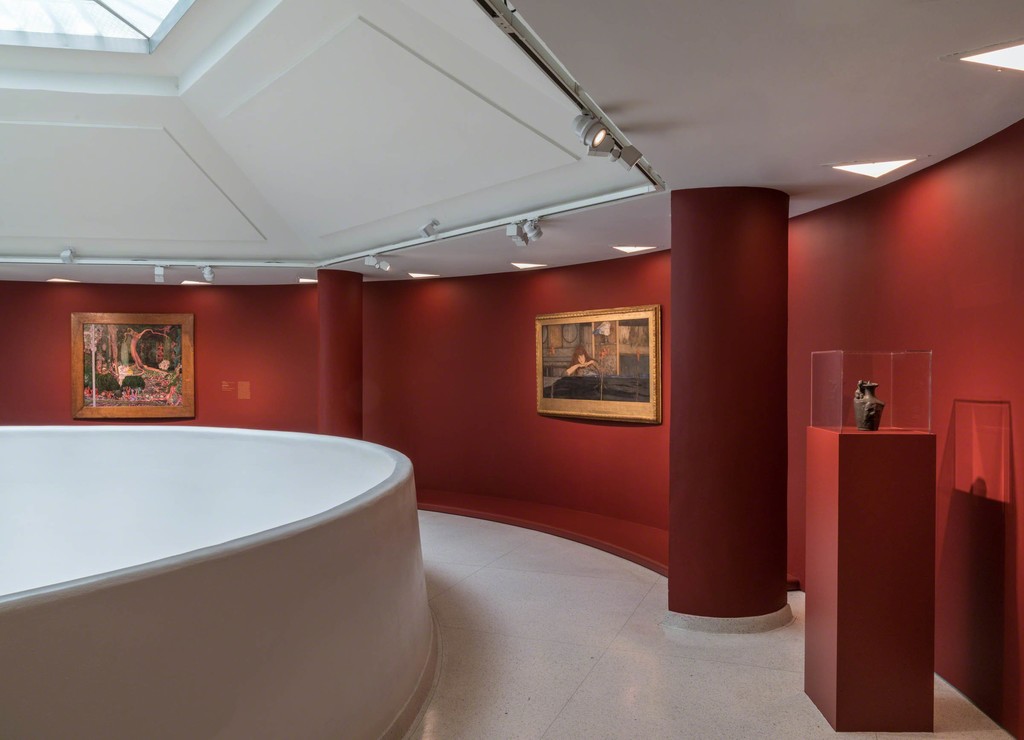 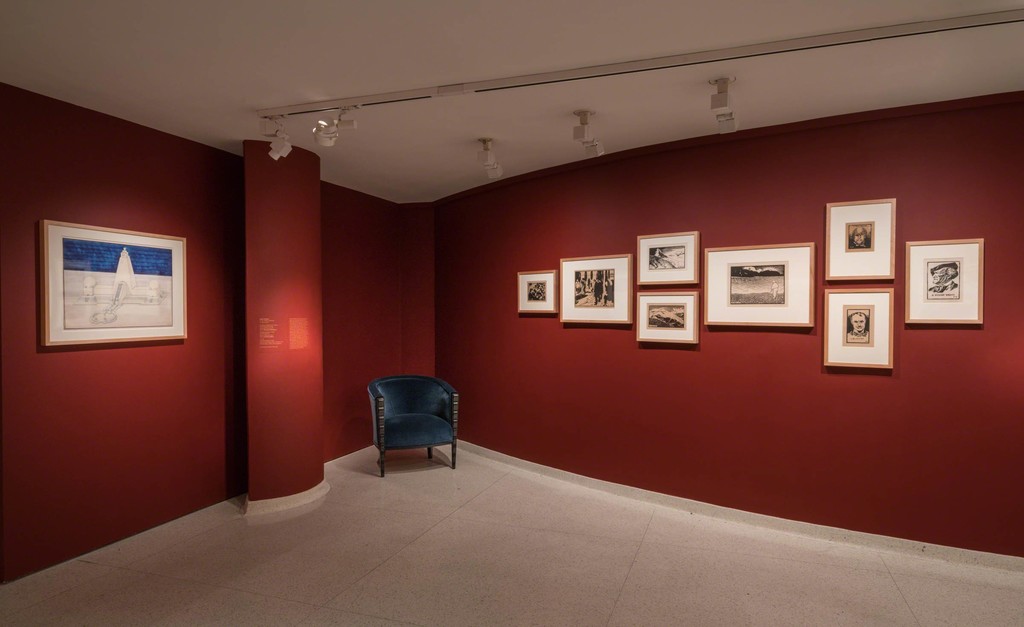 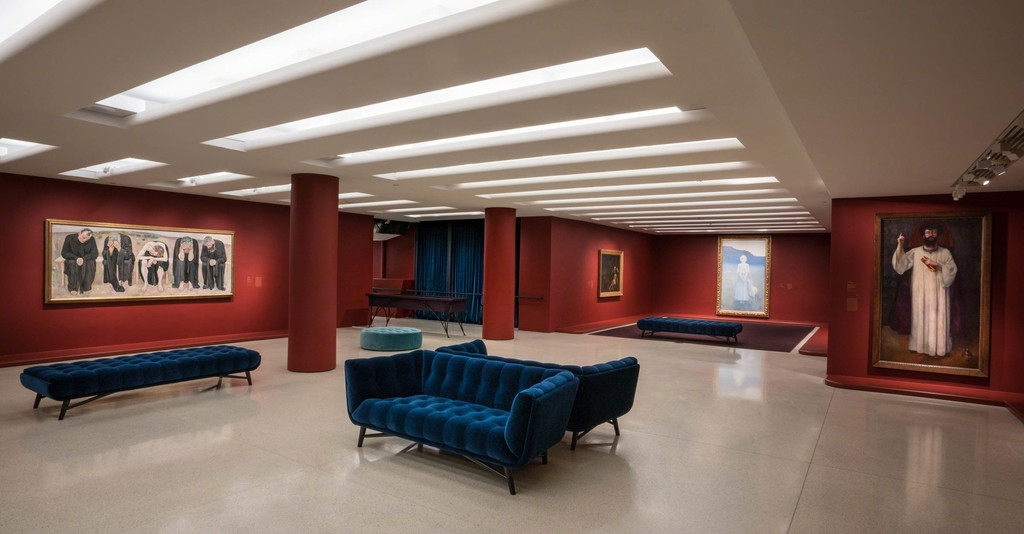 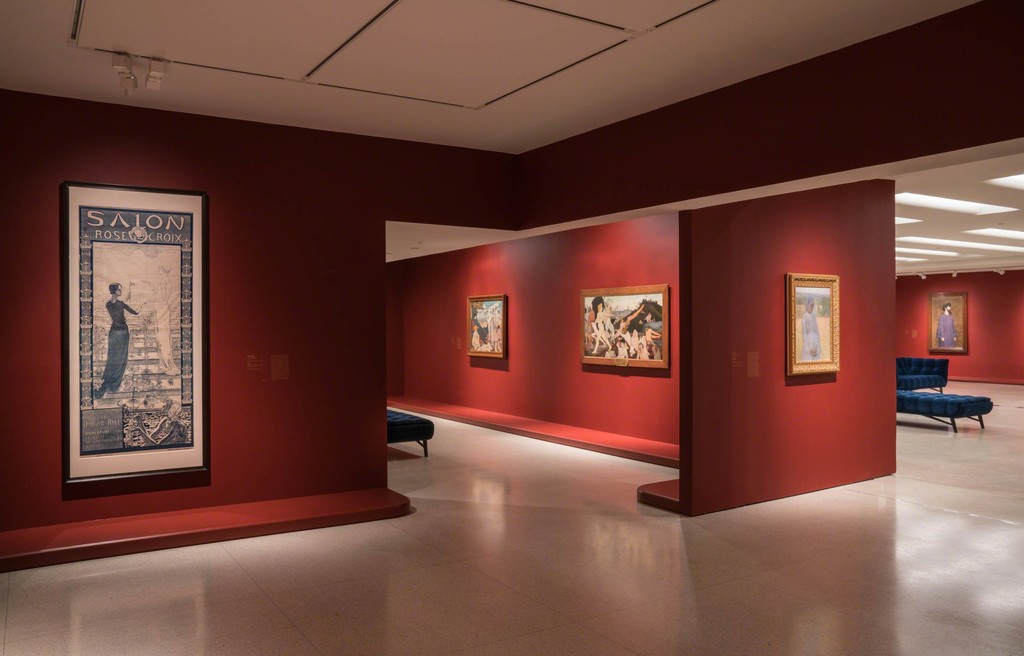 The Salon de la Rose+Croix (R+C) was an annual exhibition in Paris established by the eccentric French author and critic Joséphin Péladan (1858–1918) to represent the doctrines of his Rosicrucian order—a fraternal, esoteric religious sect. Short-lived, the Salon was held from 1892 to 1897 at various gallery spaces around the city and convened Symbolist artists from Europe and the United States. Péladan preferred an enigmatic and mystical strain of Symbolism, a literary and artistic movement that was widespread by the 1890s. Symbolism rejected the secular outlook, scientific theories, and Realist aesthetics that had taken hold in the 19th century in favor of the spiritual, imaginary, and stylized. R+C artists embraced these principles and aimed to prevail over the base materiality of the physical world in a quest for the Ideal.
Participating artists varied in ideology and, to some extent, in style, but primarily employed a version of Symbolism visually characterized by sinuous lines, elongated bodies, and flattened forms. Their subject matter was allegorical, literary, mythical, or religious, replete with arcane symbols, ethereal women, androgynous beings, and monstrous creatures. They gravitated to themes such as the Greek mythological poet Orpheus, the art and precepts of the early Italian Renaissance, New Testament narratives, and female stereotypes from the threatening femme fatale to the untainted femme fragile. Cults of personality developed around certain individuals, notably Péladan himself and the German opera composer Richard Wagner, whose concept of Gesamtkunstwerk—a total work of art combining multiple mediums—inspired interdisciplinary activities at the Salon, including musical performances, theatrical productions, and lectures.
While the Salon is little known today, during the 1890s it garnered attention and fame in the press and among the public. These exhibitions were an international crossroads for artists, some conservative, some radical, yet most seeking to underscore the spiritual dimension of art and provoke visionary states of mind in their viewers. These transcendent aspirations were carried on in the early 20th century by the pioneers of abstract painting, among them Vasily Kandinsky, František Kupka, and Piet Mondrian (key figures in the Guggenheim’s collection), who were weaned on Symbolism and owed their theories, in varying degrees, to Theosophy, an esoteric philosophy that shares Rosicrucianism’s interest in universal truths and ritual as means to divine enlightenment. The first-ever museum presentation on the R+C, Mystical Symbolism features only works that were shown in Péladan’s Salons and evokes the unique atmosphere that he fostered. This historically inflected lens allows for a reconsideration of the complexities of Symbolism, particularly the movement’s more numinous branch.
Mystical Symbolism: The Salon de la Rose+Croix in Paris, 1892–1897 is organized by Vivien Greene, Senior Curator, 19th- and Early 20th-Century Art. Support provided by Ylinka Barotto, Assistant Curator.