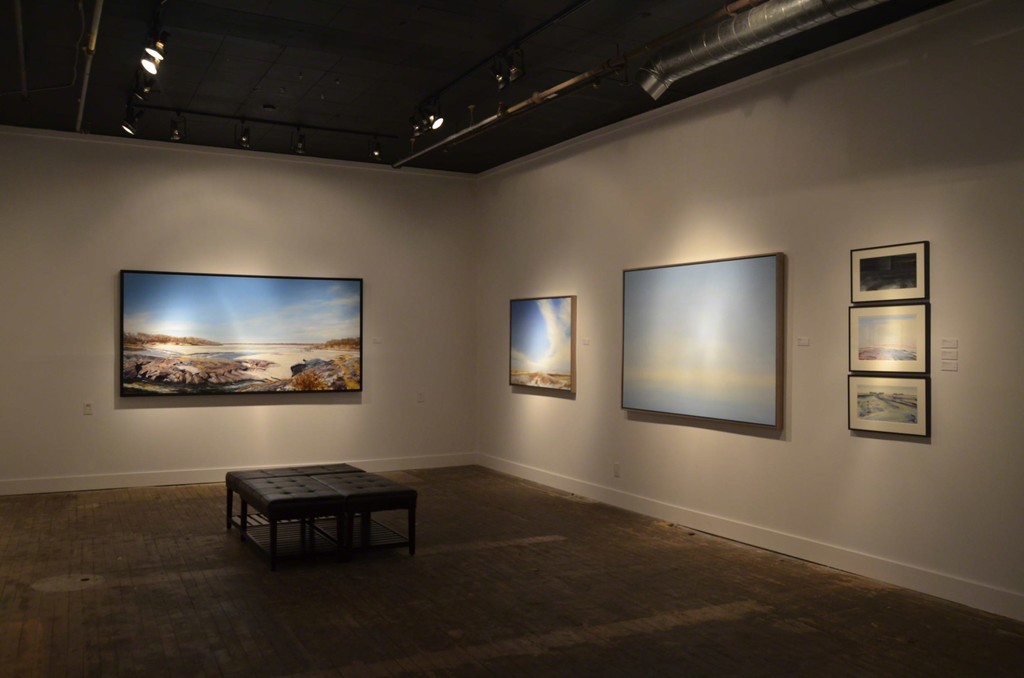 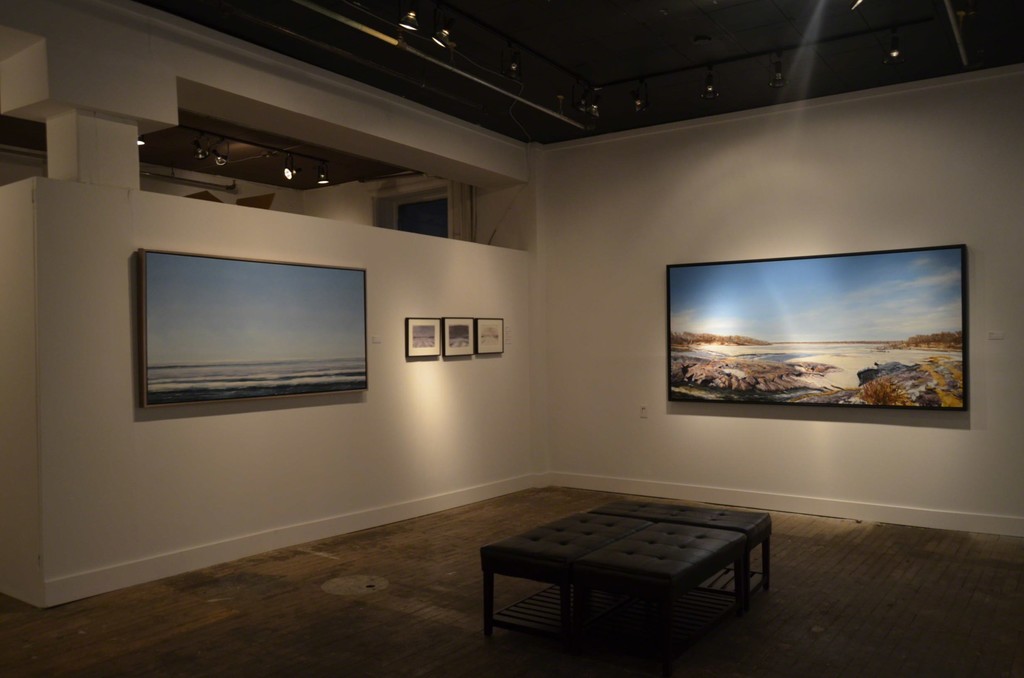 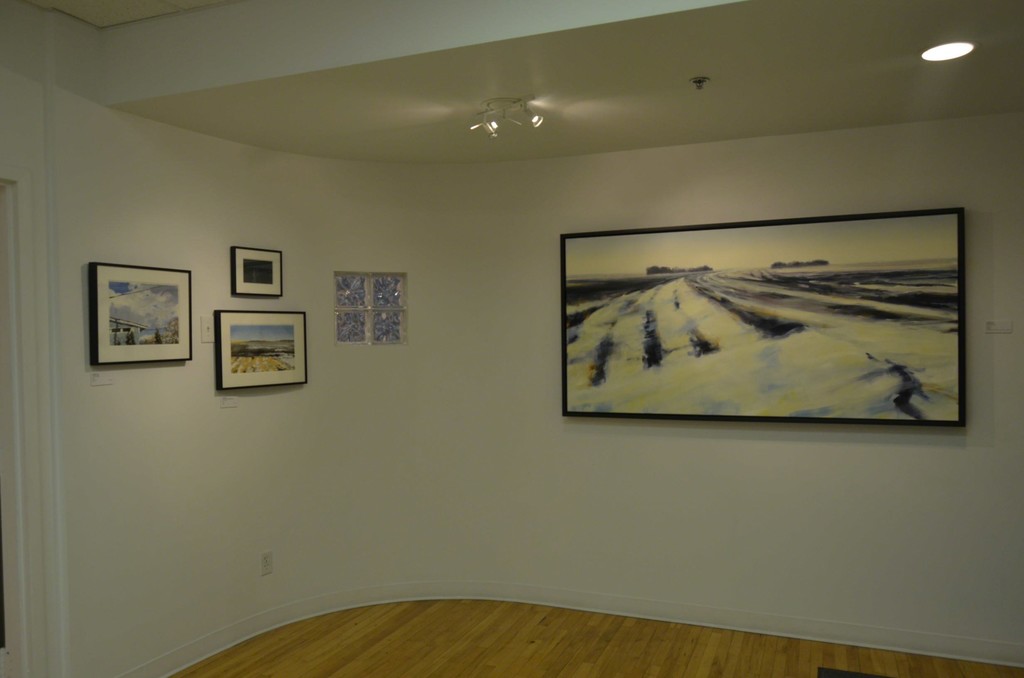 While art exhibitions are typically prefaced with an artist’s statement, for Robert Sim, the statement is simply his work, not his words.

Most of the works in this exhibit were created from memory, though a few were created directly from life, and a few from photographic references.

Sim takes artistic liberty with each of these pieces and alters little things here and there. Sometimes elements are added, subtracted or rearranged to emphasize different features of the scene. In other paintings, the colours are changed to give a different impression of the scene.

“For example, in Road South, a work done from my memory, all of the telephone and hydro poles in the actual scene were removed, as were the road signs and a railway crossing. Some colours were changed – like the snow, which was a greenish blue in reality – became white in the painting. Each of these changes were made to give a general impression of winter in southern Manitoba,” Sim says.

The process is much the same for works directly done from life and from photographs. Each of these changes are done to make the painting stronger and more captivating to the viewer.

Artistic License demonstrates the artist’s ability to take a real-life scene and alter it ever-so-slightly to create a work of art. The exhibit is sure to resonate, perhaps with a changed perspective, with viewers feeling strong ties to Manitoba landscapes.