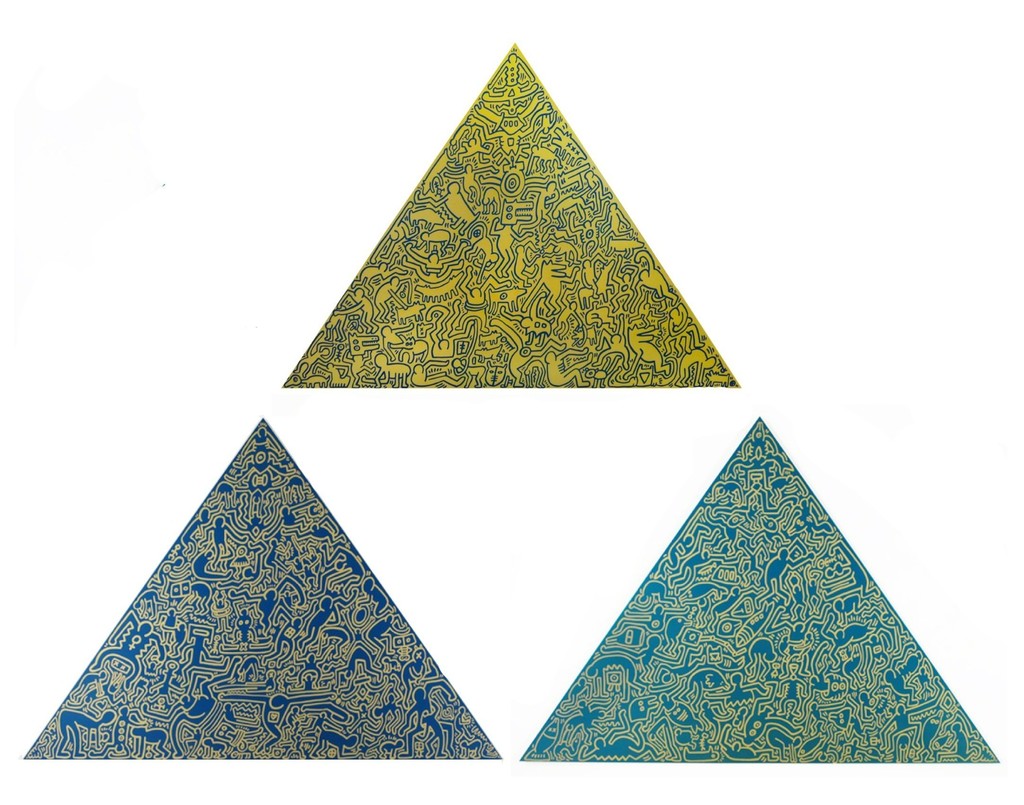 Spring is all about the new and like the Pop Art, Street Art and the Neo Expressionist movement, is it about being inspired by the everyday.

‘Spring Goes Pop’ showcases a collection of prints by popular artists that speak to the motions of spring. Included in the exhibition is Andy Warhol’s 1970 Flowers 65 print, inspired by a photograph of hibiscus blossoms. Warhol drenched the flowers’ floppy shape with vibrant color and set them against a background of rich undergrowth.

Damien Hirsts Butterfly series tackles the most direct themes of life, humanity, and essential life patterns that continually appear through his career. A series of six polymer-gravure etchings with lithographic overlay, these works reference the spiritual symbolism of the butterfly. Hirst states the he has “an obsession with death…But I think it’s like a celebration of the life rather than something morbid.”

Keith Haring’s Pop Shop II (2), comes from a series prints that the artist release from his fun-filled boutique in SOHO in 1986. The Pop Shop became an extension of his work and allowed his art to be easily exposed to everyone. Haring lived and created in the real world, and saw the city as a gallery that was accessible to all.

Signed and framed on a lithograph, Shipboard Girl by Roy Lichtenstein follows the artist favored technique of appropriating images from comic strips in which he copied into large format prints. “Once these simple, speech bubbled picture were blown up in scale, their banal contact became strongly aggrandized.”

Jean-Michel Basquiat is best known for his primitive style, and ability to distill his perceptions of the outside work down to their essence. His newest work, Hollywood Africans In Front Of The Chinese Theatre with Footprints of Movie Stars, depicts Basquiat with his friends, artists Toxic and Rammellzee.

Other works in the “Spring Goes Pop’ exhibiting include Warhol’s; Chanel, Superman and Cow 11.12a. Haring’s Flowers V and Pyramid Set, Hirst’s Beautiful Mickey, Lichentstein’s Reflections on Crash and Reflections on Girl and Basquiat’s Cabeza and Jawbone of an Ass.