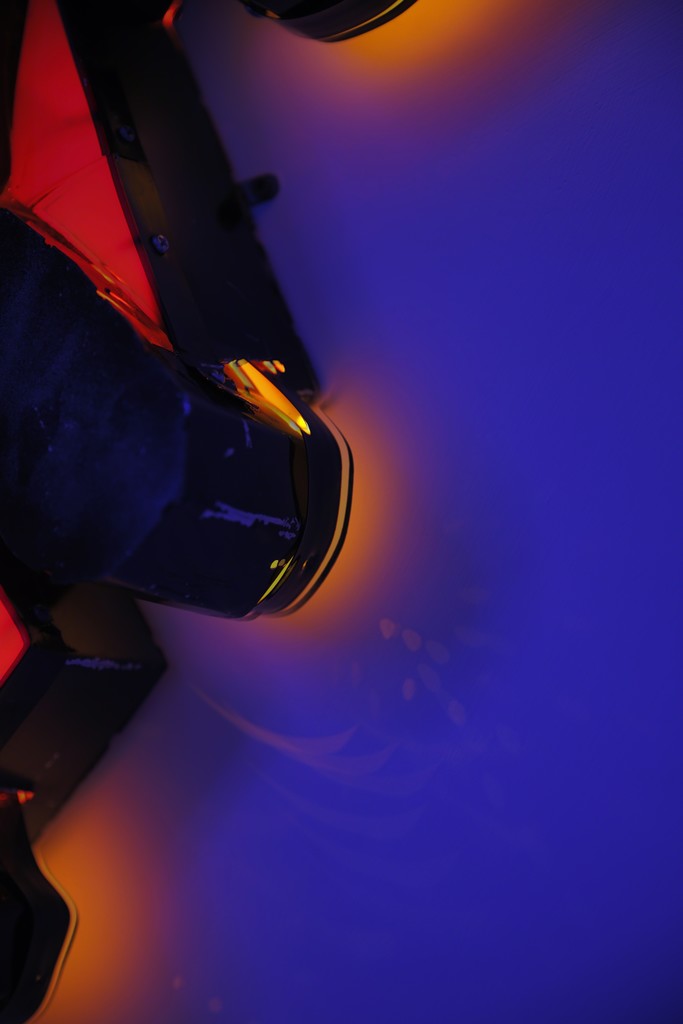 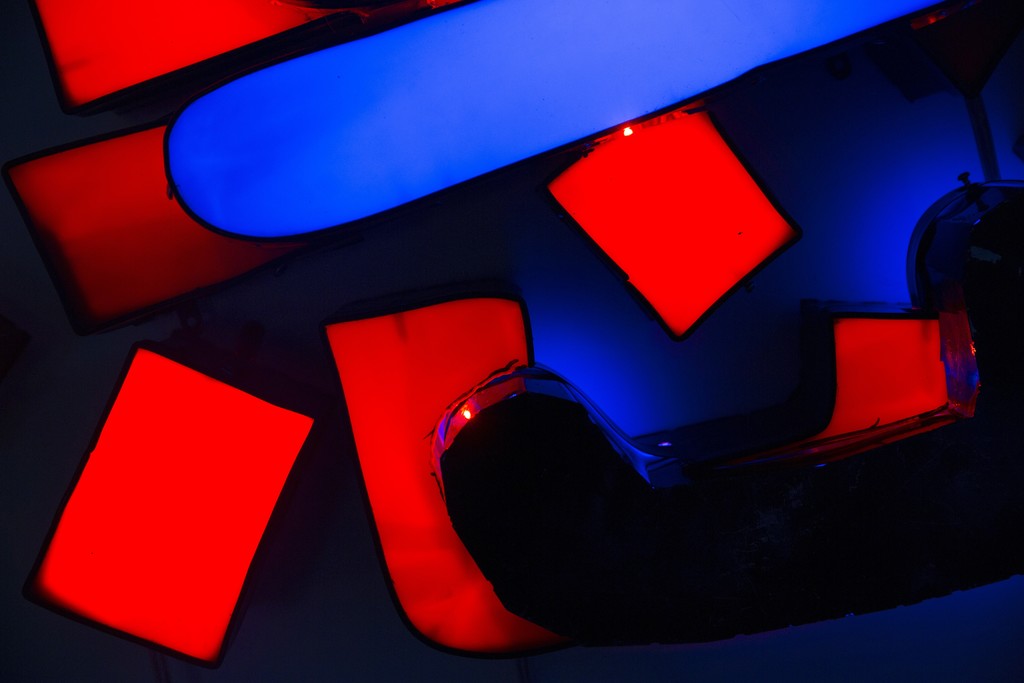 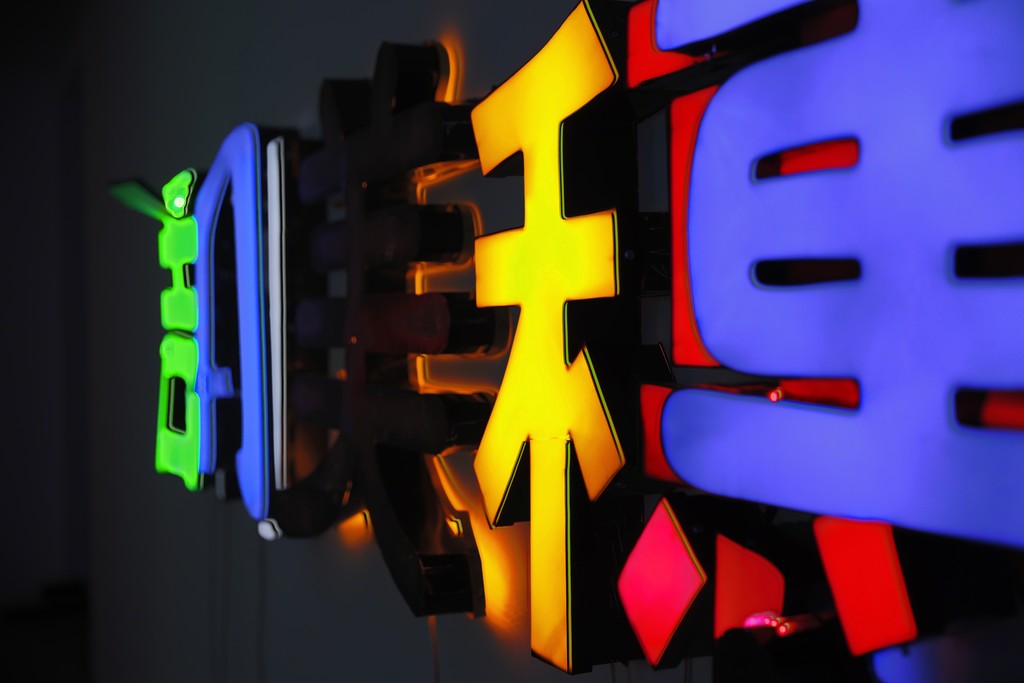 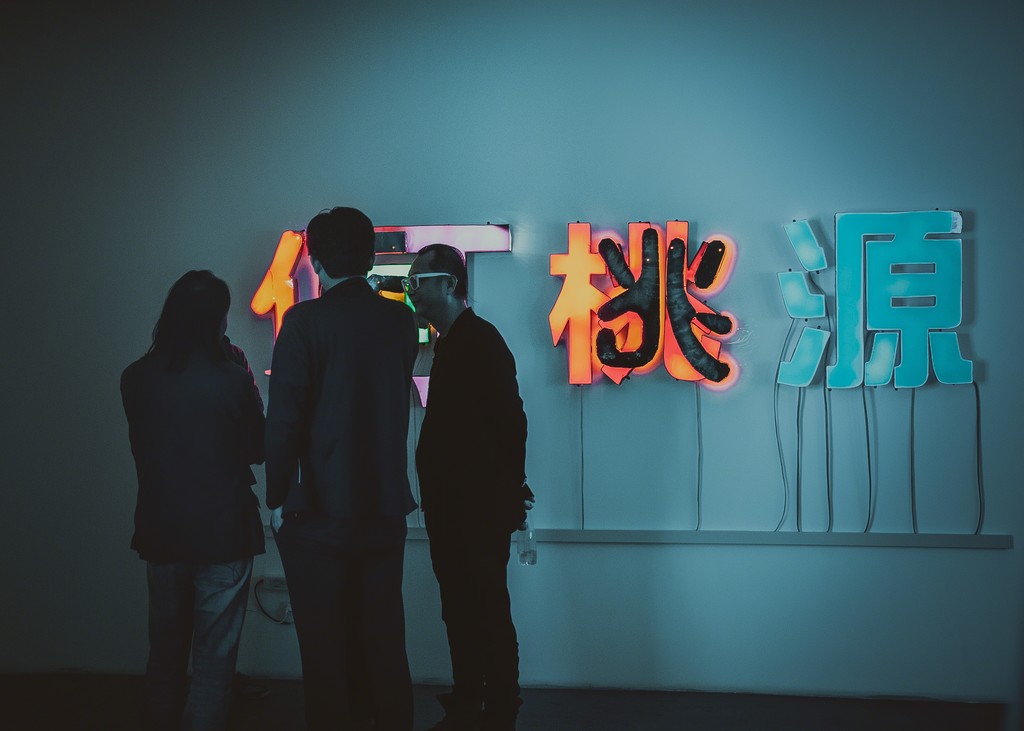 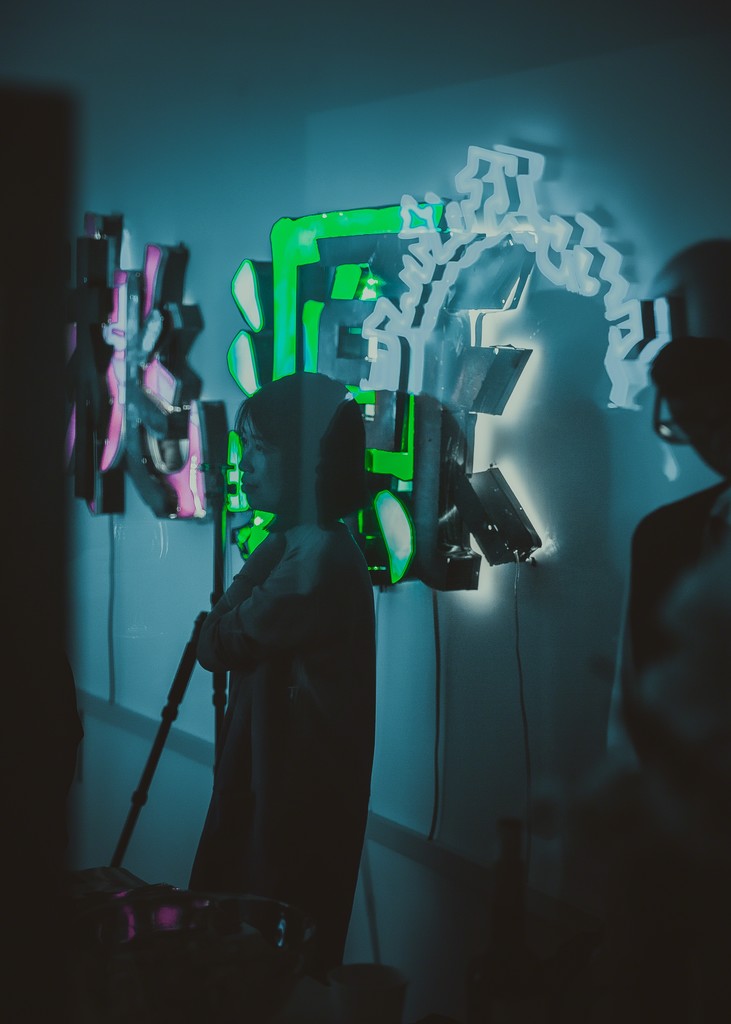 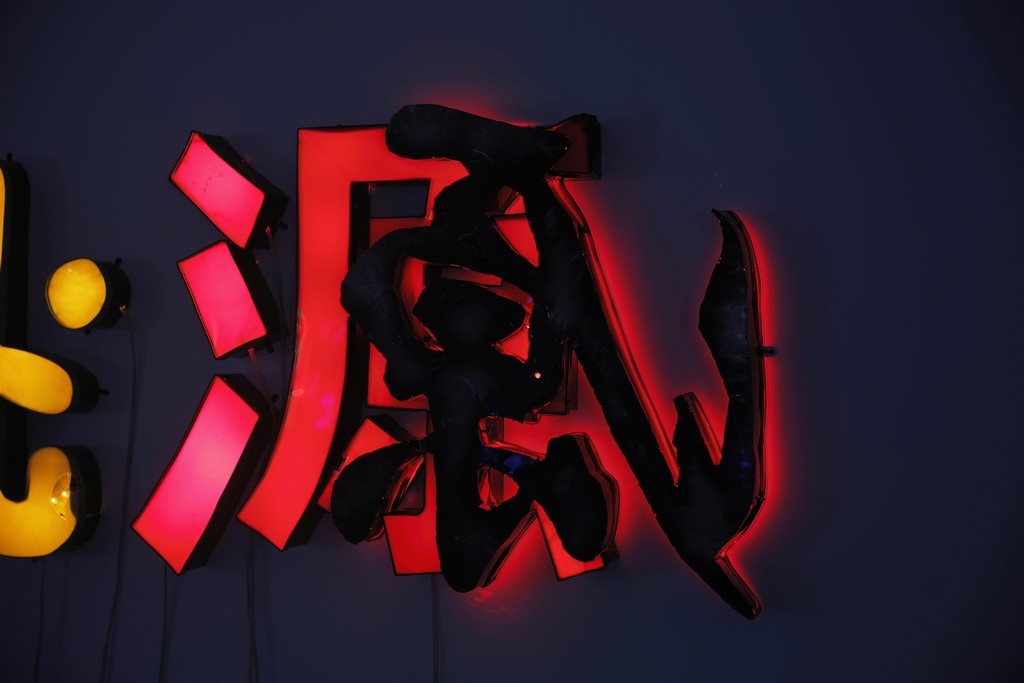 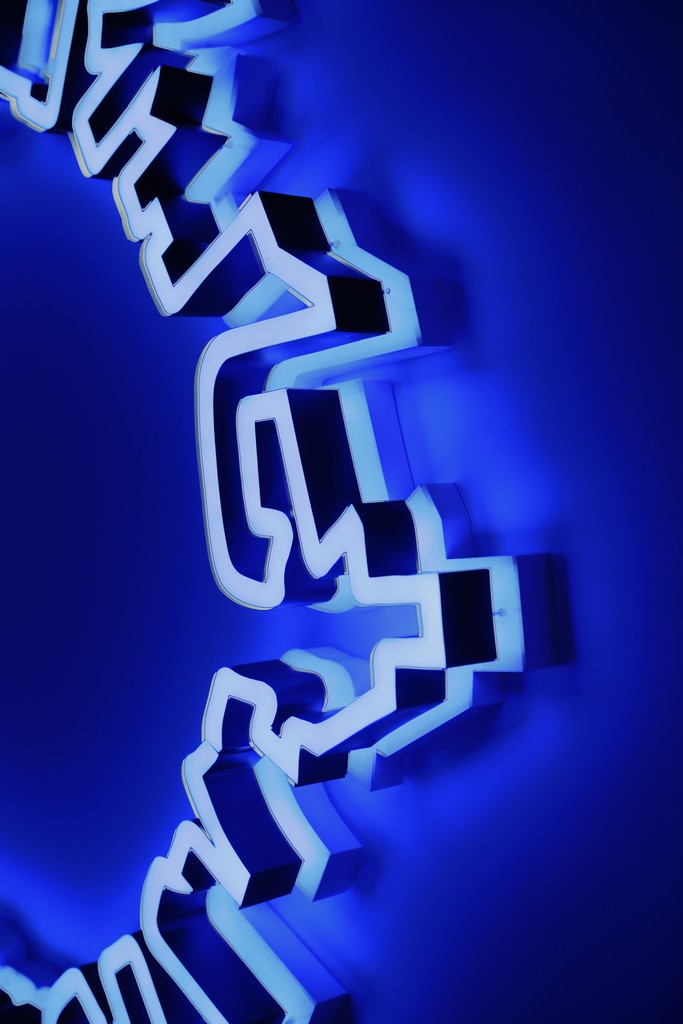 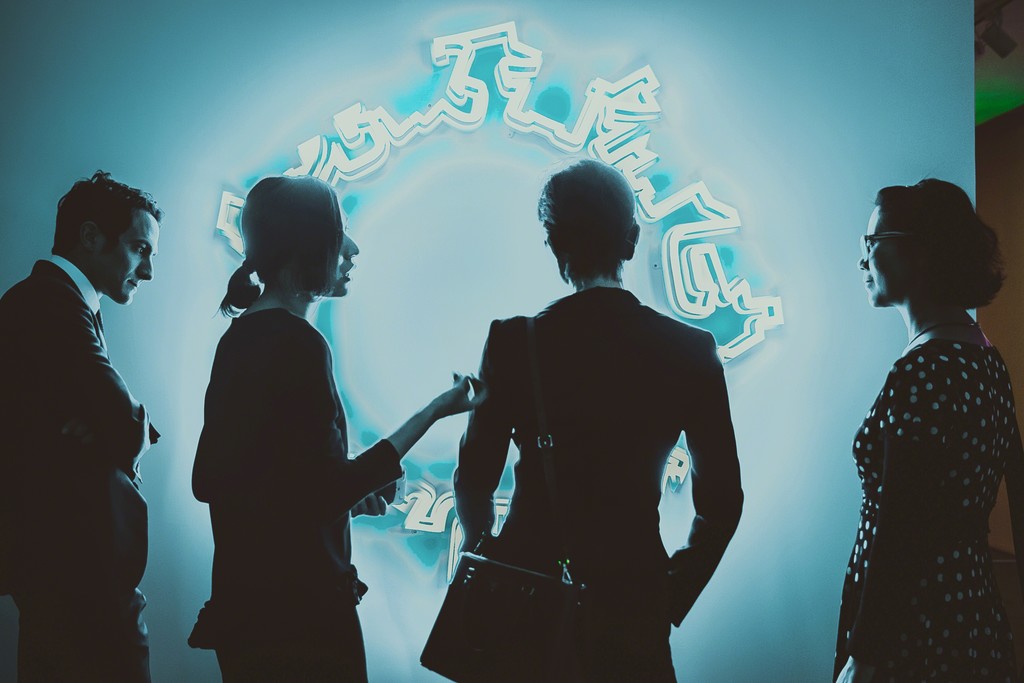 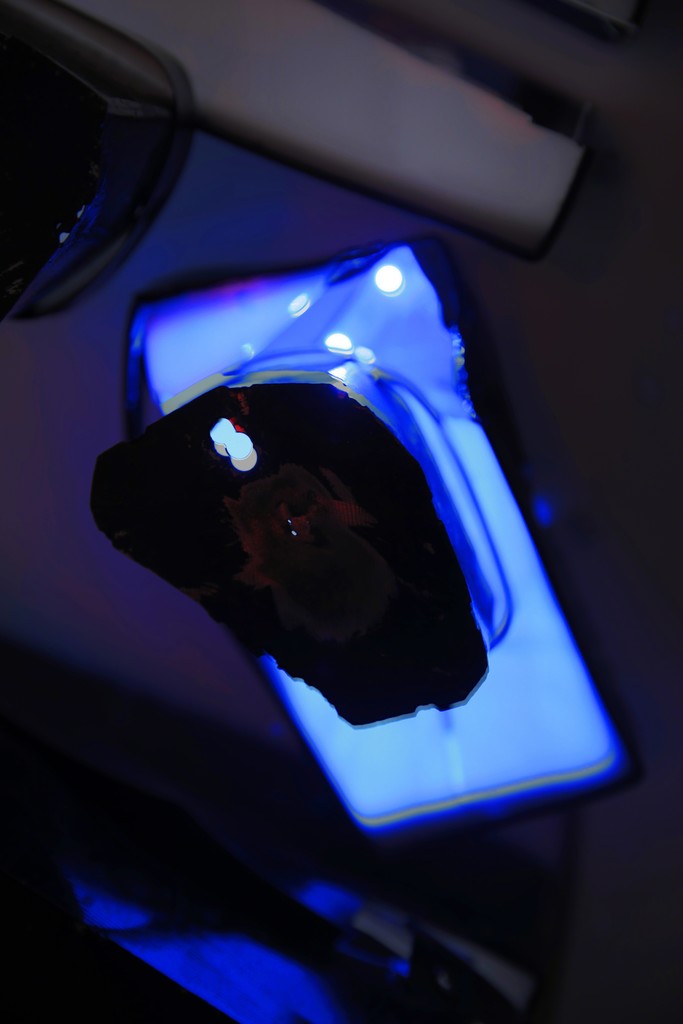 The exhibition is a continued exploration and innovation of the artist’s previous works. It includes 2 round LED installations. Adopting Chinese characters as the core elements of these works, the artist traces the bottom line of the work-title’s characters and joins them in a circle. One of them, “We Play the Flute, You Do Not Dance”, subverts the context and meaning of a line taken from Matthew’s Gospel (11:17). The other round LED piece entitled “Nighttime and the Day-time Within” is a metaphor of the circle of life and death.

Apart from these round works, his iconic neon installations will also be exhibited. These neon works are composed of characters stolen by the artist’s friends from different advertising billboards in Wuhan, the artist’s hometown. They are then repaired, recomposed, relit and painted in a Beijing factory to be turned into works with their own symbolism. Having been recombined, the broken neon pieces acquire a whole new meaning. They are not only a memento of artist’s personal experience, but also a reflection of the relationship between men and their metropolitan environment. Three of the installations are entitled “He Taoyuan”, the name of the artist’s father and a new work - “Yuzhi”, the name of his mother, will be exhibited for the first time. In hornor of his mother, this unique work is regarded as the pivotal turning point of He An's neon lights series.

He An, born in 1971 in Wuhan, Hubei province, dropped out from the Hubei Academy of Fine Arts in 1996. His installations have received worldwide attention in recent years. His work was selected to be part of the “Unlimited” section of Art Basel. He has received support from some of the world’s top commercial galleries including Galerie Daniel Templon (Paris, France), Madein Gallery (Shanghai, China), Pace Beijing (Beijing, China), Tang Contemporary Art Center (Beijing, China). He has also received the support of international institutions such as Saatchi Gallery (London, United-Kingdom), Tate Liverpool (Liverpool, United-Kingdom), Carnegie Museum of Art (Pittsburgh, U.S.A.), La Maison Rouge (Paris, France) and MAXXI (Rome, Italy).

HDM Gallery was opened in November 2013 in Hangzhou’s Binjiang District. It is primarily dedicated to emerging Chinese artists working in all media (painting, sculpture, photography, installation and video). Since its inception it has hosted 10 exhibitions including solo shows of Wang Yi, Pan Xiaorong, Liu Bolin and Chen Han.