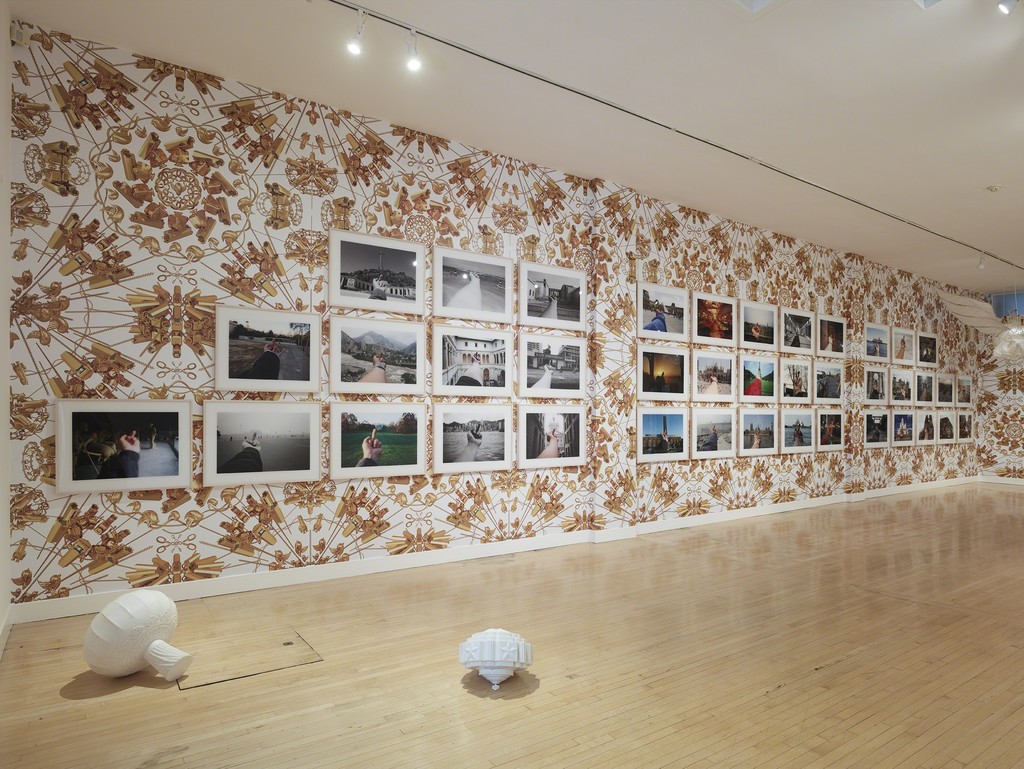 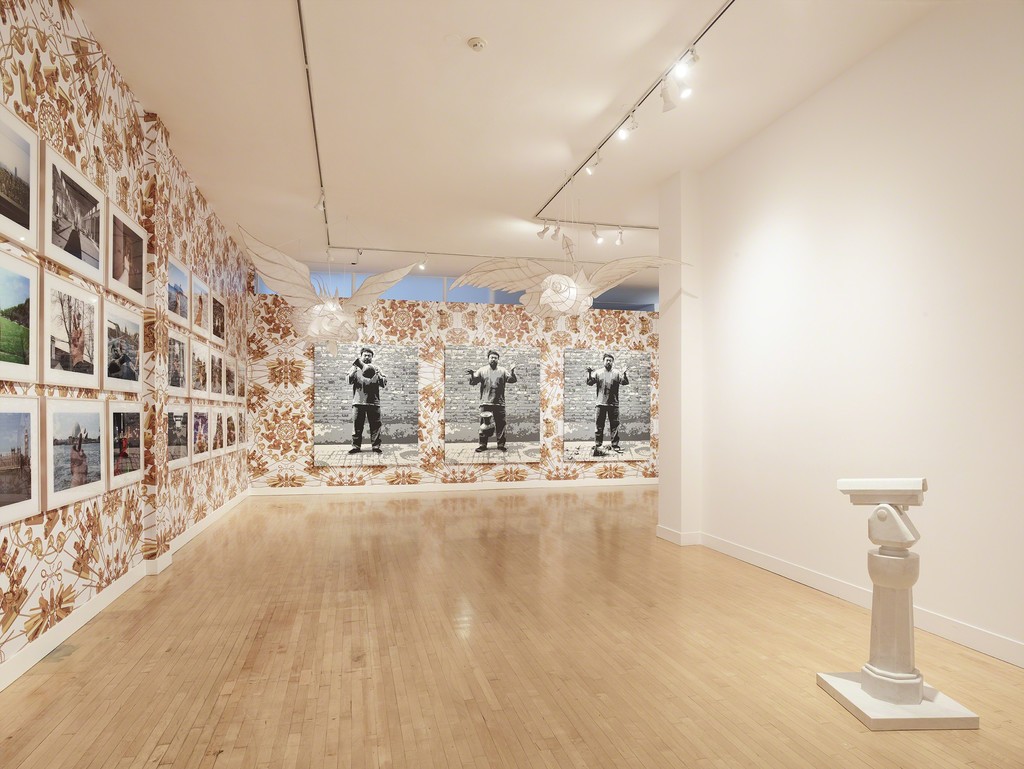 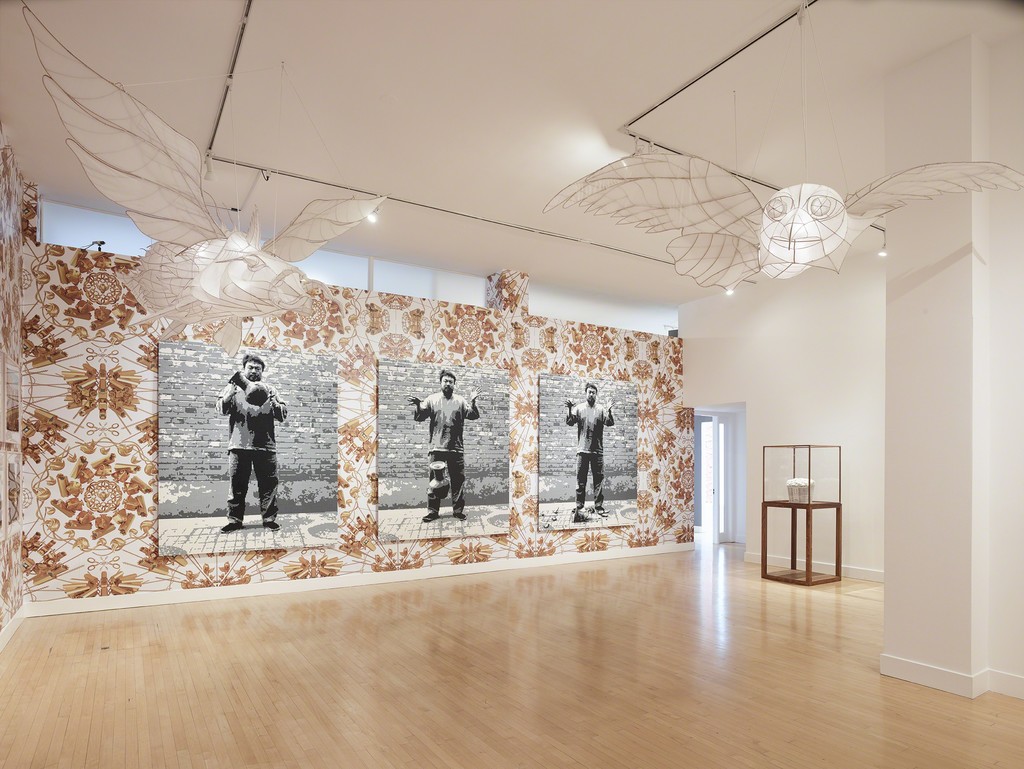 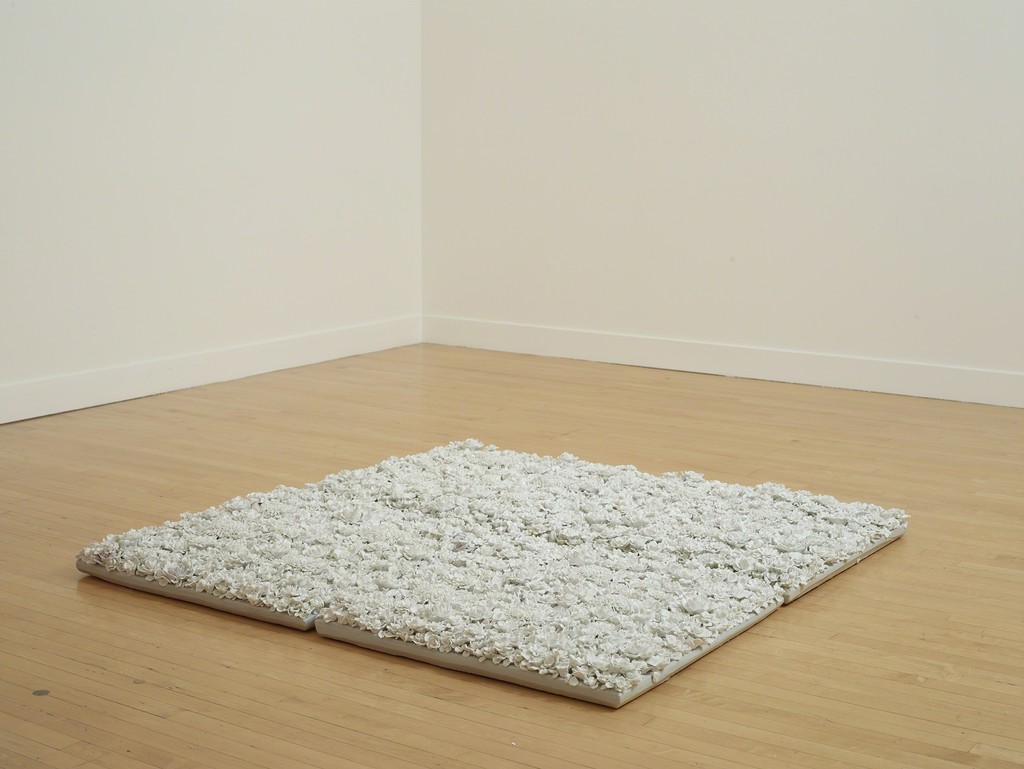 This spring, Haines Gallery presents an exhibition of important works by the internationally renowned Chinese artist and activist Ai Weiwei. Entitled Overrated, the exhibition finds the artist grappling with history, challenging authority, and reanimating classical mythology to address the abuses of power that shape our present. The show is the first in Haines Gallery’s redesigned exhibition space, which offers an expanded footprint to create new possibilities for the presentation of artworks.

Several of the works in Ai’s exhibition make reference to the travel restrictions and surveillance imposed on the artist following his 2011 detention. In response to the Chinese government’s confiscation of his passport, starting on November 13, 2012, the artist began the everyday practice of placing a bouquet in a bicycle basket outside his Beijing studio, using vivid floral profusions to mock stale, bureaucratic power. Bicycle Basket with Flowers in Porcelain (2014), a delicate, remarkably precise sculpture created in the imperial kilns of Jingdezhen, commemorates this daily act of protest. Porcelain flowers reappear elsewhere in the exhibition in the installation Blossom, where they proliferate across the gallery floor. The marble Surveillance Camera and Plinth (2015) is a testament to those video cameras surrounding the artist’s studio in China, which Ai defiantly festooned with paper lanterns similar to the model for Lantern (2014); the latter appears to blow in the wind despite its marble girth.

The artist’s iconic black-and-white photographic triptych, Dropping the Han Dynasty Urn, in which Ai is seen deliberately shattering an ancient relic emblematic of Chinese material culture and history, returns here at an enormous scale, this time in LEGO bricks (2015). Reproduced in gridded gray-scale, the overall effect at once suggests the pixilation of surveillance footage and the playfulness evoked by the presence of a childhood toy—both associations ricocheting off an act of destruction portrayed in the original photos. Ai’s open distain for state power is echoed throughout his Study of Perspective (1995–2011/2014), a set of forty photographs of the artist raising a middle finger before monuments to power ranging from the White House to Tiananmen Square.

The fantastical creatures hung from the gallery ceiling are found in a centuries-old Chinese text entitled The Classic of Mountains and Seas, a bestiary depicting strange animals such Qinyuan, a winged hybrid, and Feiyu, a bird-like flying fish, both created in 2015 from bamboo and silk with the help of expert artisans from Shandong Province. With these new works, the artist once again looks back toward traditional forms and materials in order to address contemporary conditions, focusing here on the continuities between the ancient world and our present one—the confused psychology of mythmaking and the political gains made by the invention of monsters. Reflecting on these primal impulses undiminished by modernity, the artist observes, “People have always imagined another world parallel to reality, using creatures to reflect their fantasies and fears. Even today, we are facing a world that we suddenly realize we don’t really understand. We’ve gotten lost on many, many occasions. So the conditions of the human mind have never really changed.” Yet, it is precisely the possibility of change—the potential in each of us to see clearly and without fear—that drives the artist onward.