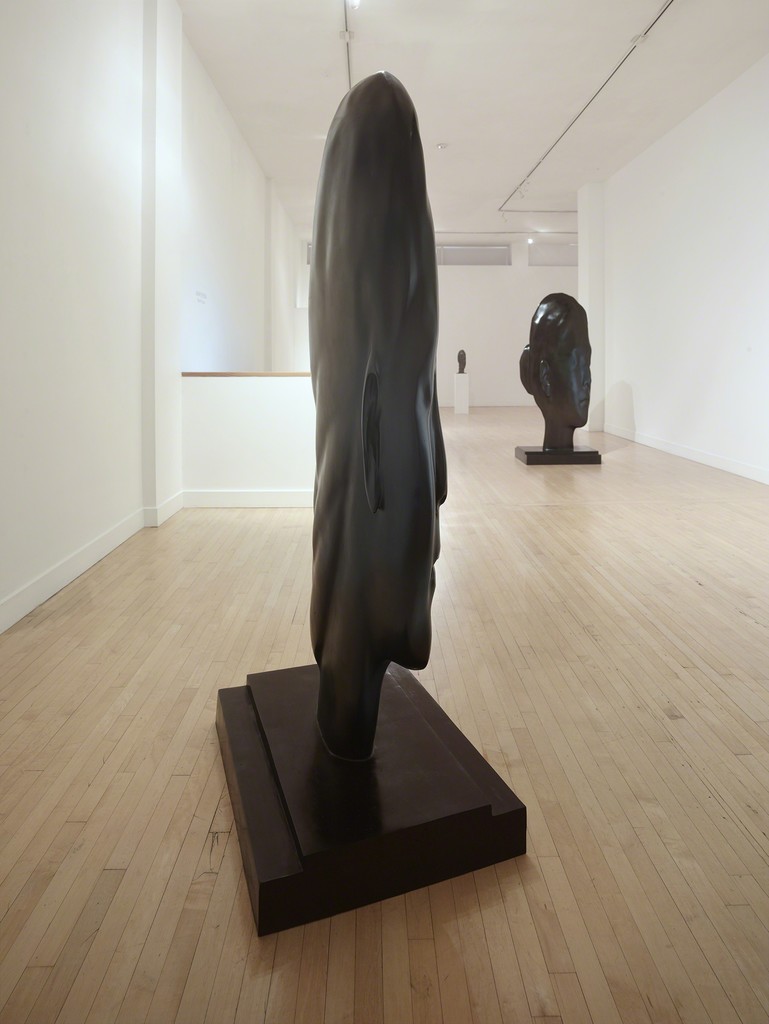 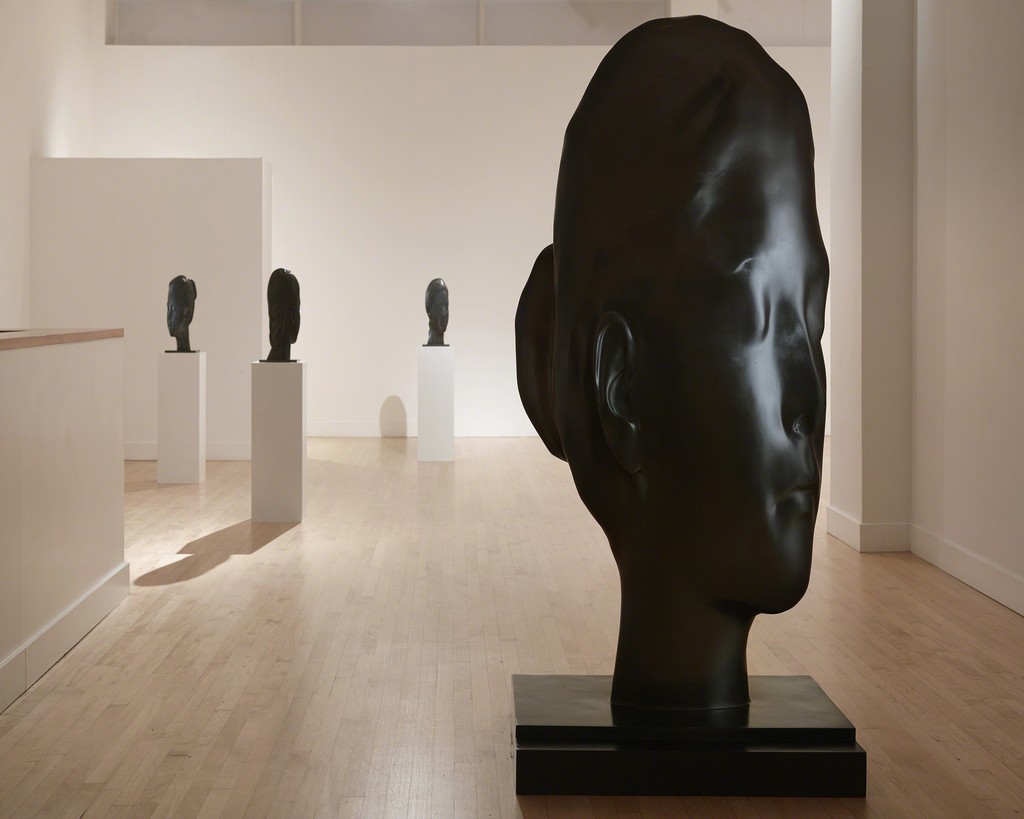 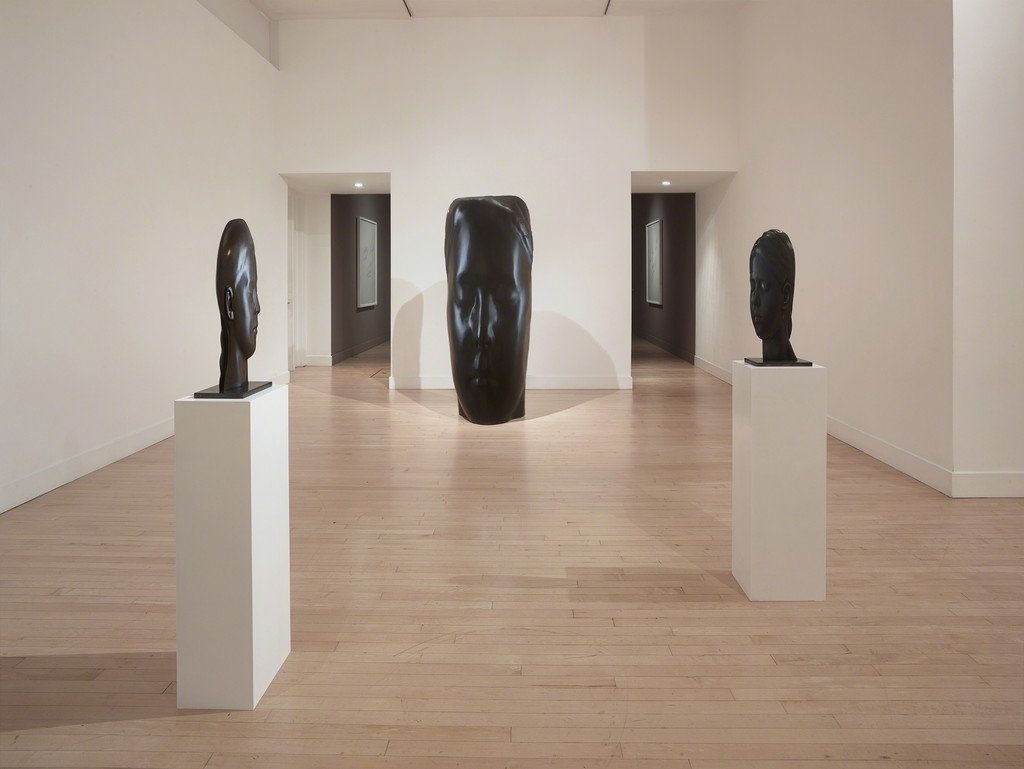 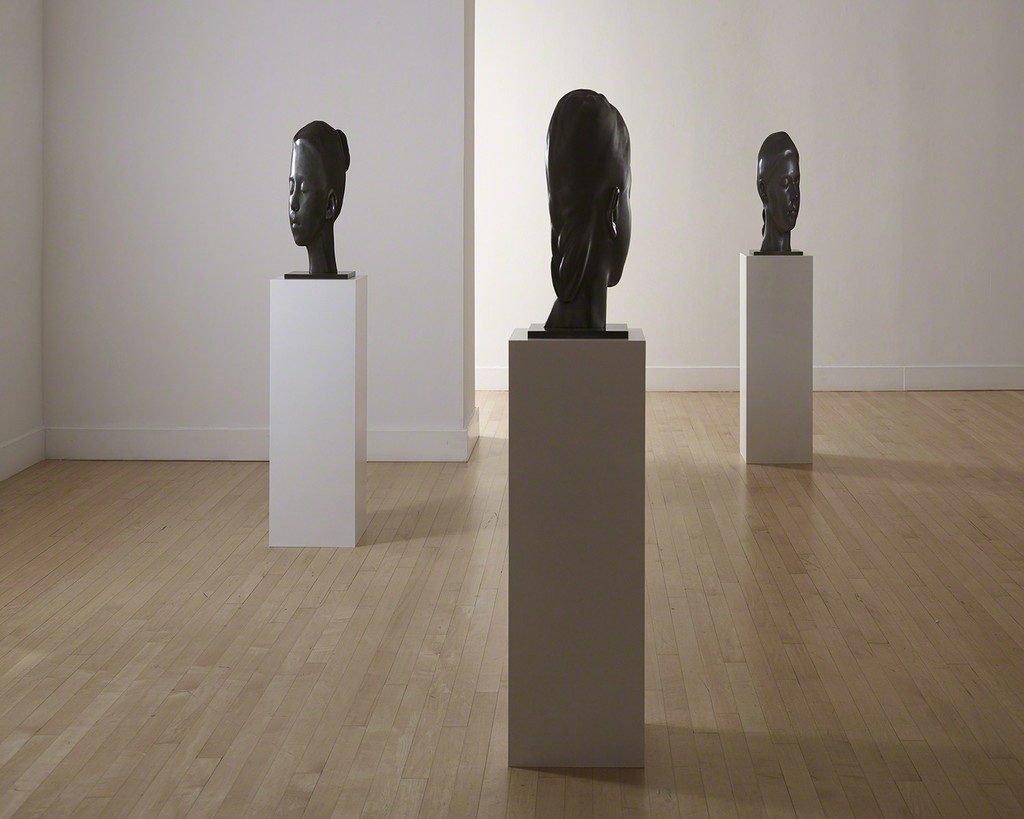 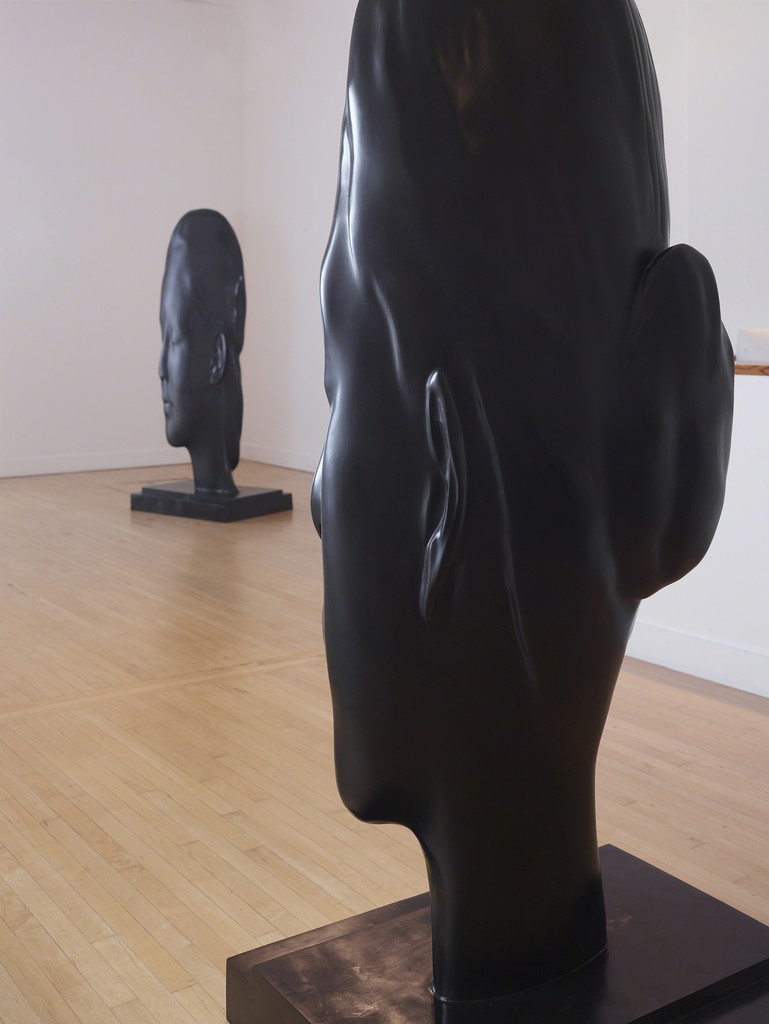 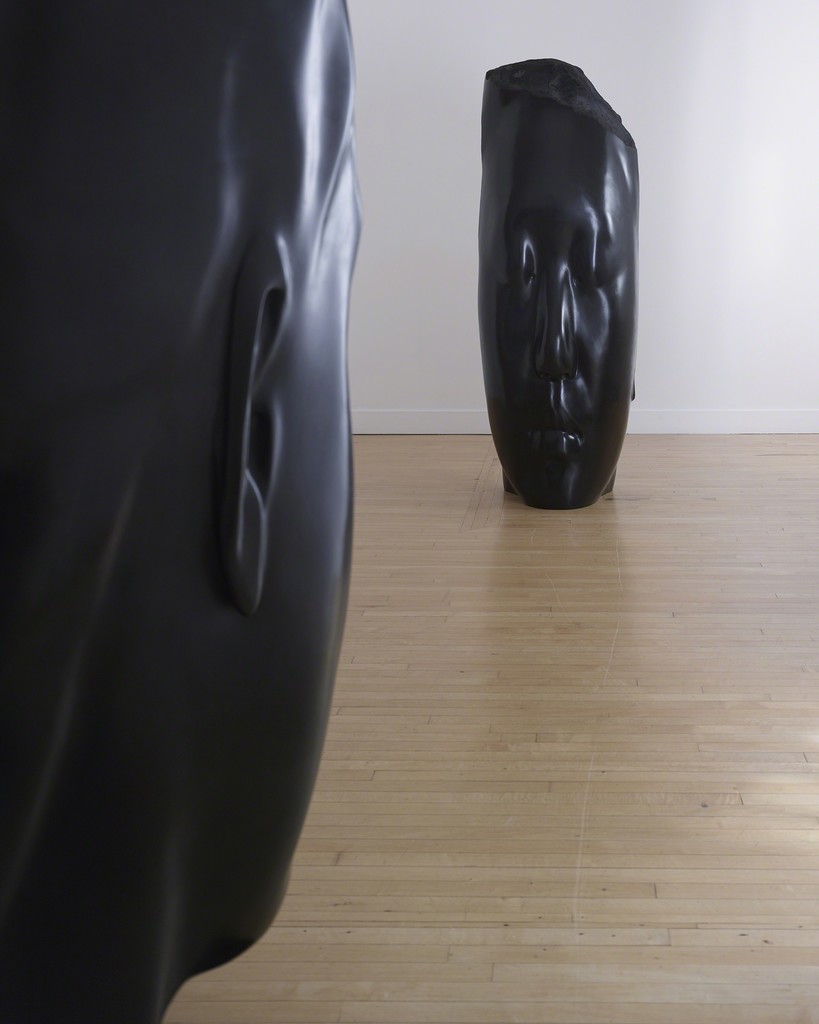 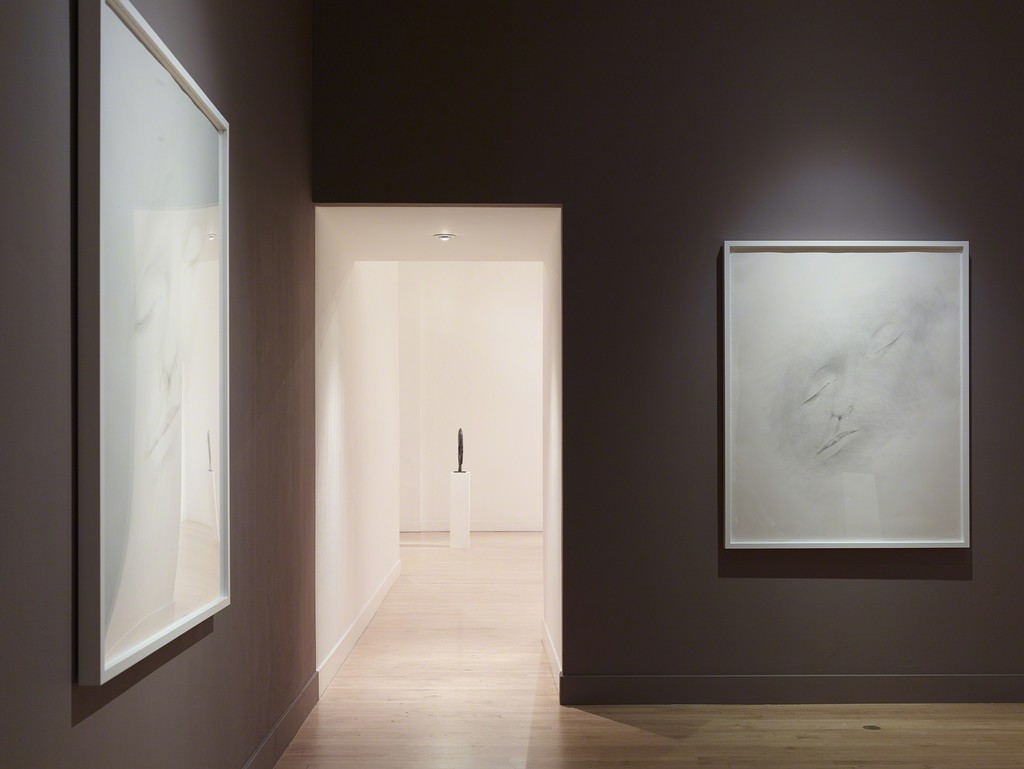 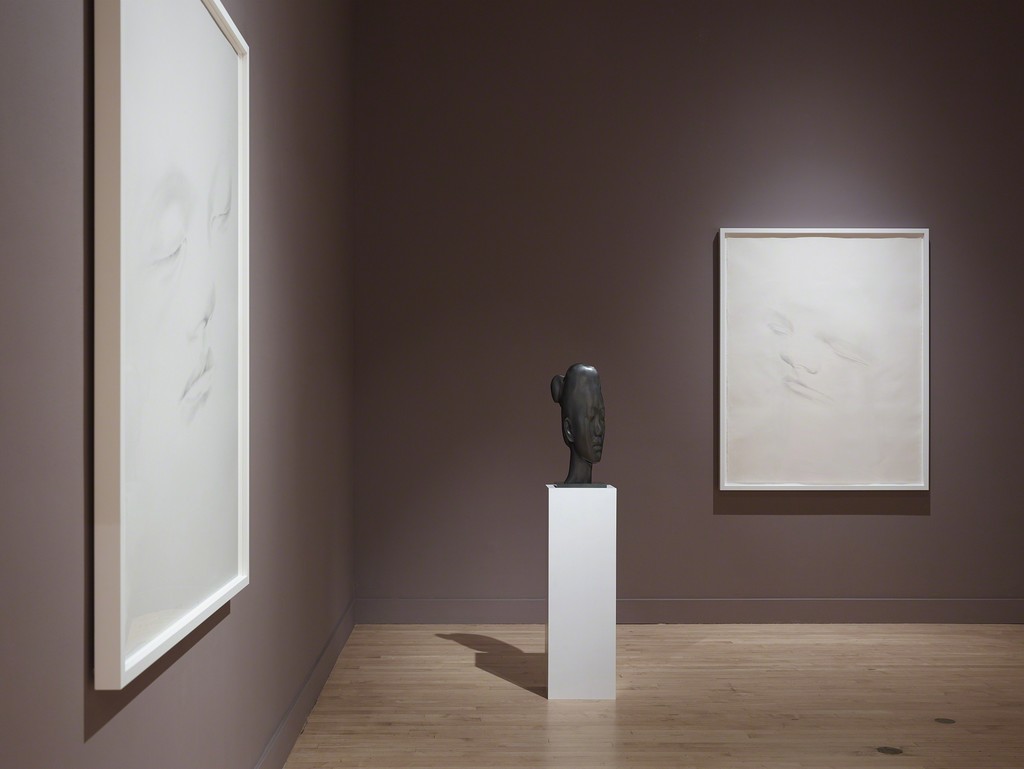 Haines Gallery is pleased to present Silent Faces, a carefully curated selection of celebrated artist Jaume Plensa’s recent sculptures and works on paper. This is Plensa’s first solo exhibition on the West Coast.

In the main gallery, the artist has assembled several of his extraordinary works in bronze: the dreaming faces of young women, each in a powerful state of repose. Rather than looking back at the viewer, sculptures such as Laura in Huesca (2014) look inward, fostering an atmosphere of introspection that invites visitors to do the same. Like so many of the great pieces of literature, poetry, and philosophy that Plensa cites as his sources of inspiration, these artworks derive their strength from a series of dialectical turns. The two largest works, each nearly eight feet high, evoke the temples of ancient empires, but retain a distinctively contemporary sensibility. Monumental in scale and cast in a material whose hallmark is endurance, the sculptures possess a surprisingly ephemeral quality, a tribute to Plensa’s ability to capture a fleeting moment that finds each of his subjects resting on the threshold of womanhood. With their deliberately roughened edges standing in sharp contrast to their smooth features, two additional sculptures, Rui Rui’s Dream and Sanna’s Dream (both 2014), seem to have emerged from an archeological excavation, but simultaneously appear weightless, as if in the process of materializing. Like the four smaller sculptural portraits on view—and all of Plensa’s best work—there is a universal quality to the highly individualized objects presented in Silent Faces. The result is an exhibition space filled not with mass, but with energy.

In gallery two, visitors will discover a grouping of Plensa’s refined works on paper (all 2014), five large graphite drawings of exquisitely reduced detail depicting young women on the edge of consciousness. As their titles suggest, these works are part of the artist’s Slumberland series. The term, popular in the 19th century, names an imaginary land described to children as the place they enter during sleep—the perfect vehicle for Plensa’s ongoing exploration of transcendence. The images appear at once fragile, delicate and eternal—memorializing an evanescent, transitory point in time.

Silent Faces has been organized in cooperation with Galerie Lelong, New York.