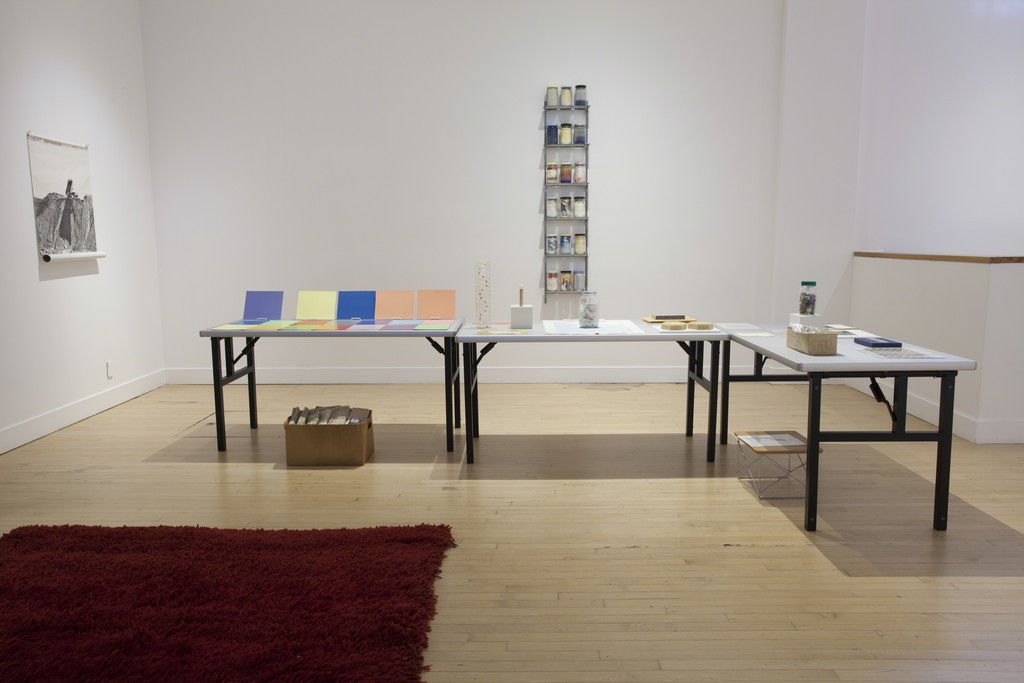 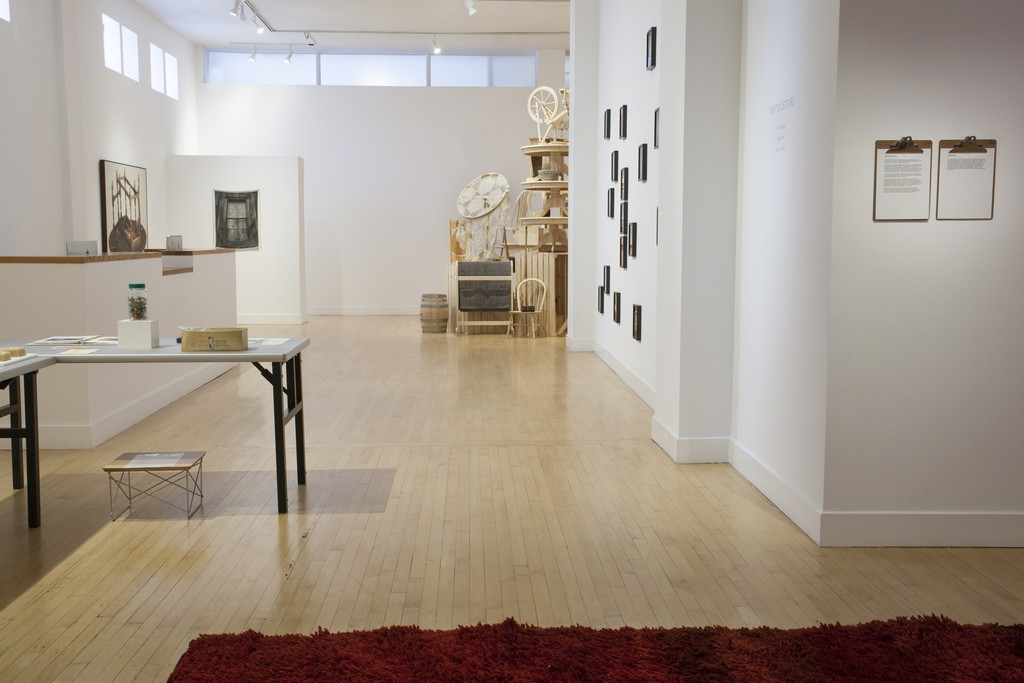 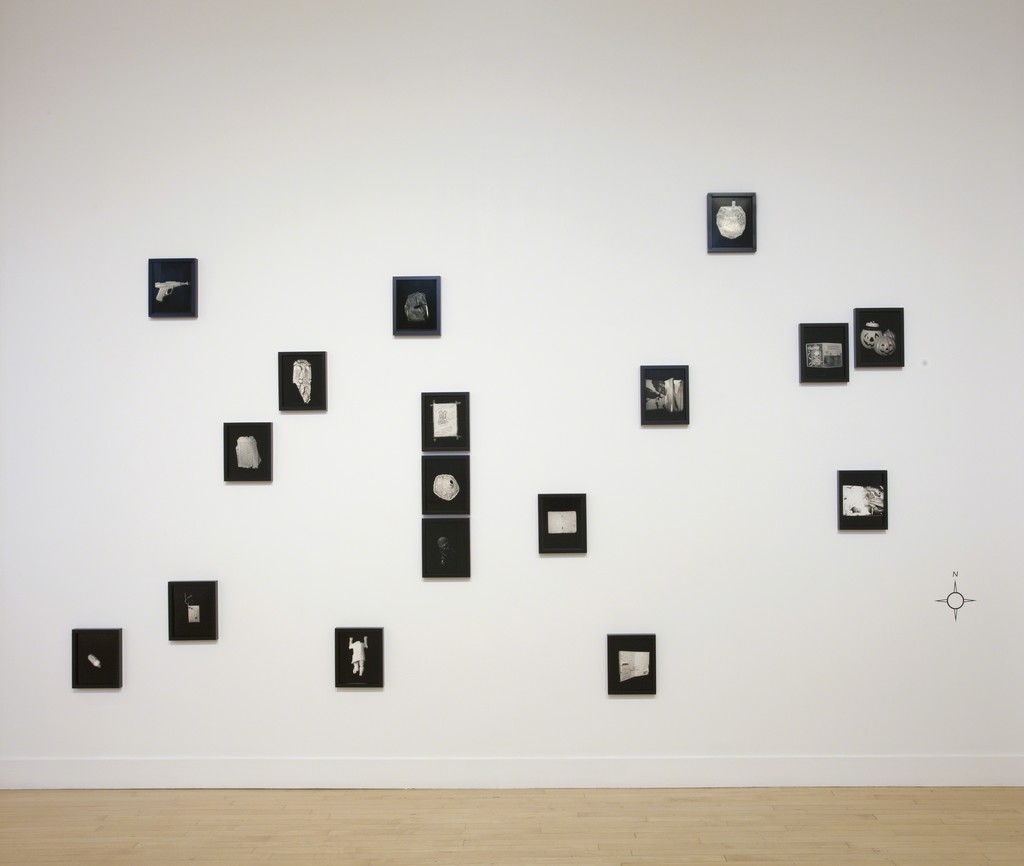 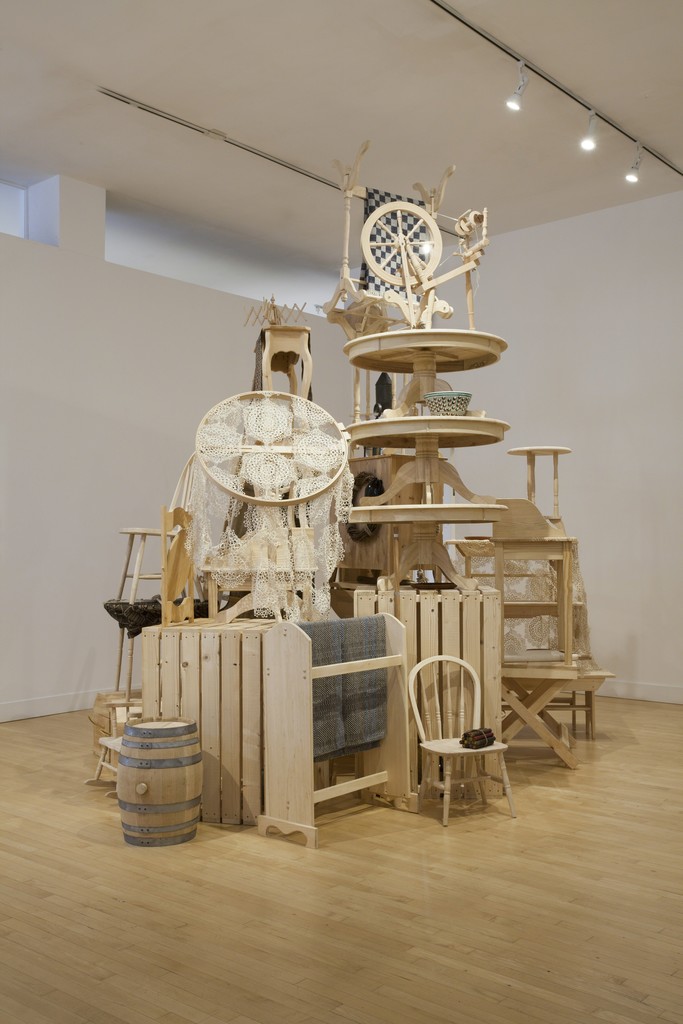 Haines Gallery is pleased to present The Collectors, a group exhibition bringing together three artists whose practices have their basis in the selection, accumulation, and documentation of objects, images, and experiences. Far greater than the sum of their parts, each of the works included in the show accrues meaning through inspired acts of gathering, arranging, and cataloging.

A collection tells stories—both about the materials it contains and about the logic of its owner. A consummate archivist for whom collecting is an essential creative device, Rob Craigie (b. 1968, Livonia, MI) presents Collection: A Way, an installation comprised of found items and sculptural works laid out for the visitor’s inspection, as well as a series of short video projections that add a narrative dimension to the objects on view. Hexagonal cakes of beeswax are the material evidence of the collective labor of the hive as pollen is transformed into honey, measured here in the lifespans of its tiny makers, while an assortment of materials—including maps, a video, and a jar of salt crystals—form a constellation of evidence related to Craigie’s fascination with (and 2004 journey to) Robert Smithson’s Spiral Jetty, the iconic earthwork that keeps geological time through its own changing form. Another piece, Pigeonholed Papers from a Dead Farmer suggests a life reduced to an archive of discarded records, documents, and correspondence that evokes a bygone era. Entering Craigie’s universe, visitors are invited to study his diverse artistic practice, forging new connections among the various pieces of a puzzle about transformation, death, rebirth, and discovery.

The striking silver gelatin prints that comprise Nigel Poor’s (b.1963, Boston, MA) Found series from 1998 offers up highly suggestive objects jettisoned by their owners and collected by the artist as she traversed the streets of San Francisco. By precisely illuminating her subjects and shooting them against uniformly black backgrounds, Poor elevated these castaways, transforming them into emblems of the myriad dramas that once unfolded throughout the city. Poor offers a melancholy congregation for our consideration—abandoned dolls, unreturned library books, and other objects deemed to have outlasted their usefulness. A catalogue of discarded, outgrown and unrealized possibilities, Found was first presented at Haines Gallery at the turn of the millennia, displayed as a large calendar of 365 images, one for each day of the year, arranged into twelve months of gridded photographs. For The Collectors, Poor revisits the series to present what remains in the gallery’s flat files fifteen years later. Rather than arranging these works chronologically, they now form a map of the city’s southeast quadrant, based on the locations where Poor discovered each object, tracing the city’s past.

Allison Smith’s (b. 1972, Manassas, VA) Stockpile, 2011, is a mountainous mash-up of objects evoking colonial-era Americana and its reenactment—a pile (or pyre) of looted, stacked bric-a-brac teetering toward the heavens. The repeating forms of barrels, roll-top desks, Windsor chairs, cabriole-legged tables, and wooden guns, all made from the same unpainted wood, suggest at once the cut-and-paste reproducibility of the digital realm, the outsourced mass-production of “historic” American artifacts (thanks, in part, to the cheap labor and unprotected forests of Asia), and an obsessive desire to cling to the remnants of an imaginary past. With Stockpile, props from the waking dream of reenactment culture—particularly the “living history” villages of the eastern United States, depicted here in Smith’s accompanying photo works—form a monument to national anxiety, a horror vacui born of an empire in decay. A dam to block the flow of time’s river, Stockpile reflects a desire to stave off the advance of history, to live securely and eternally within the realm of repetition. In this way, Smith’s practice can be said to embody a set of impulses that animates collecting of all kinds.