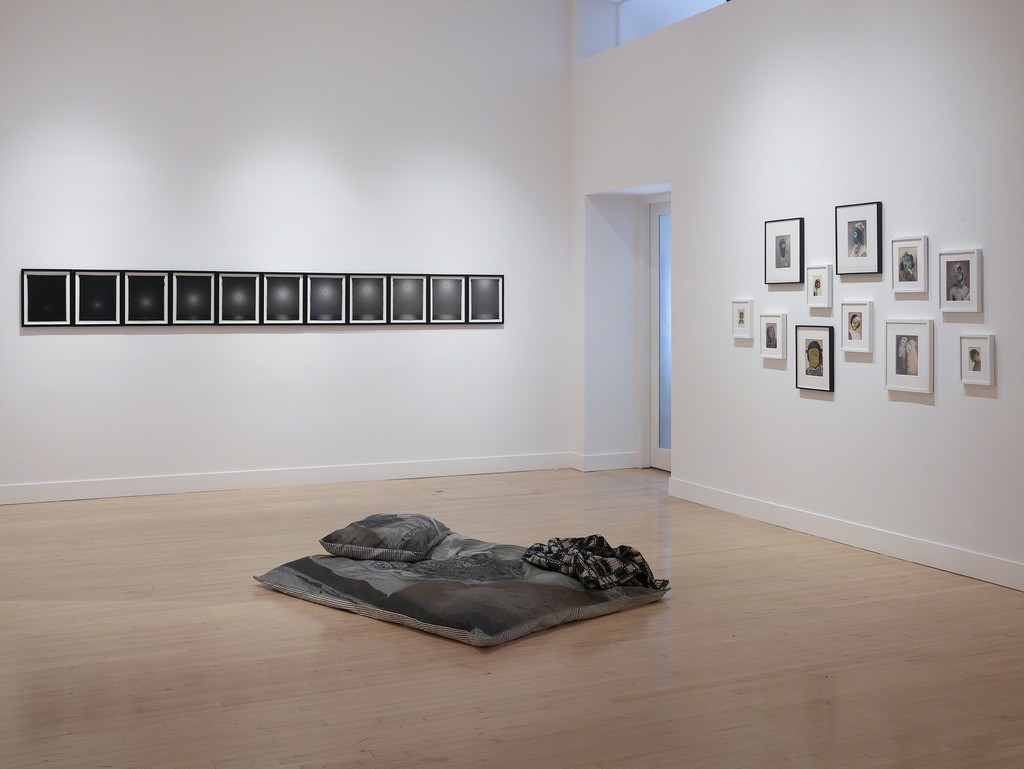 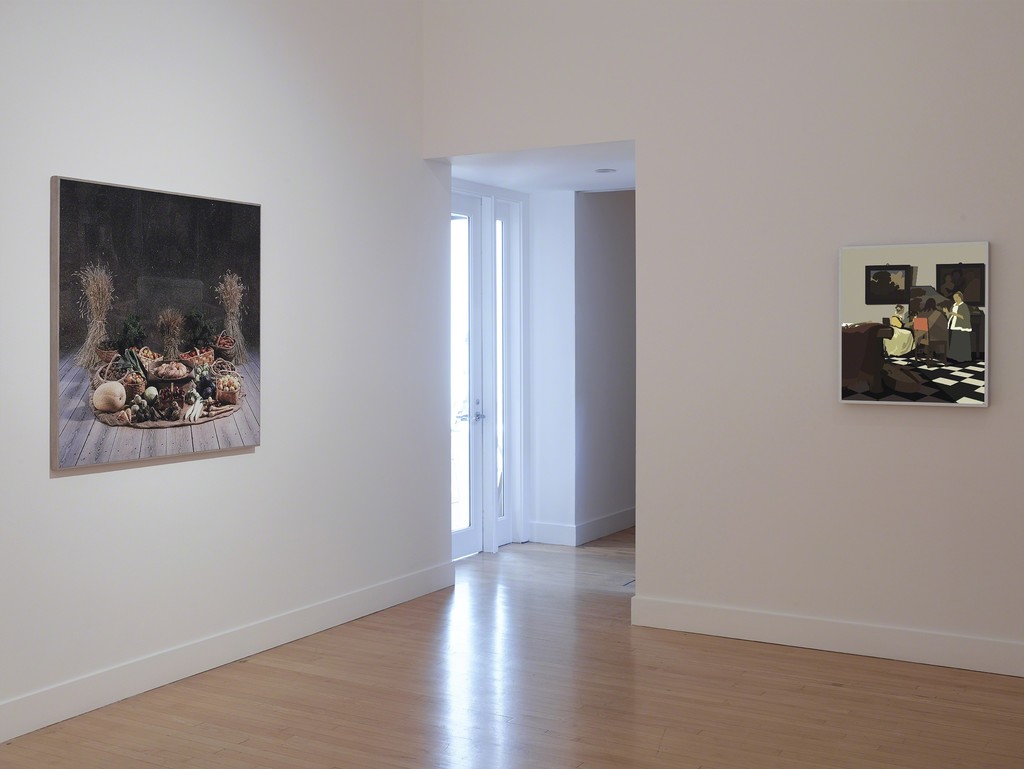 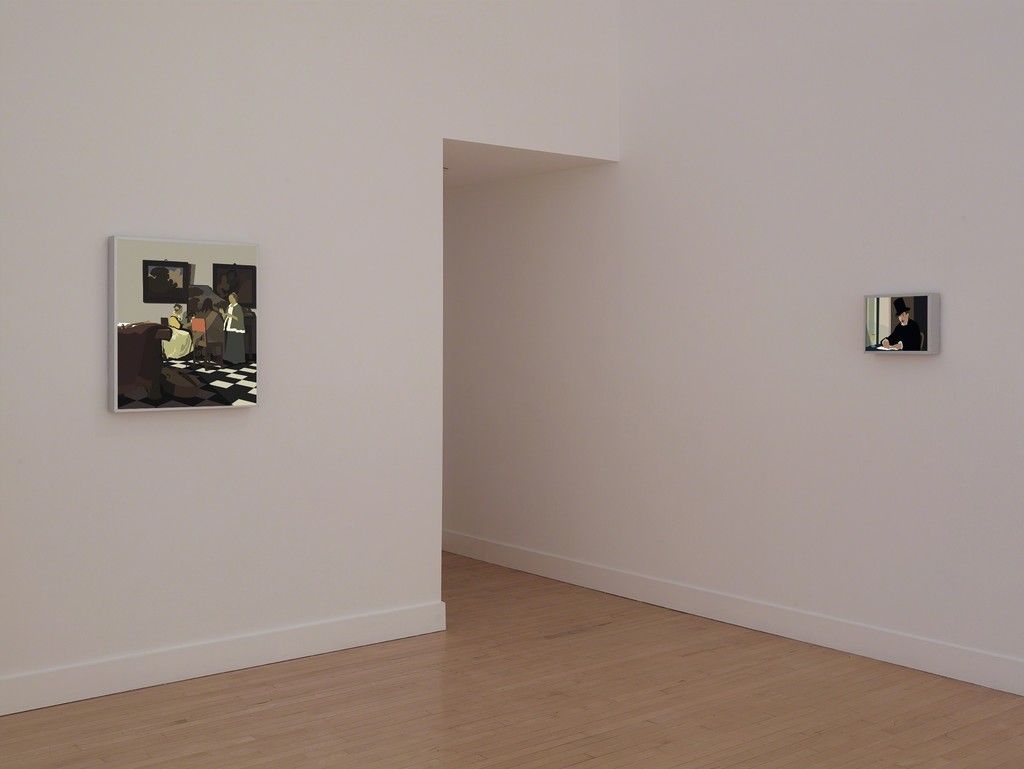 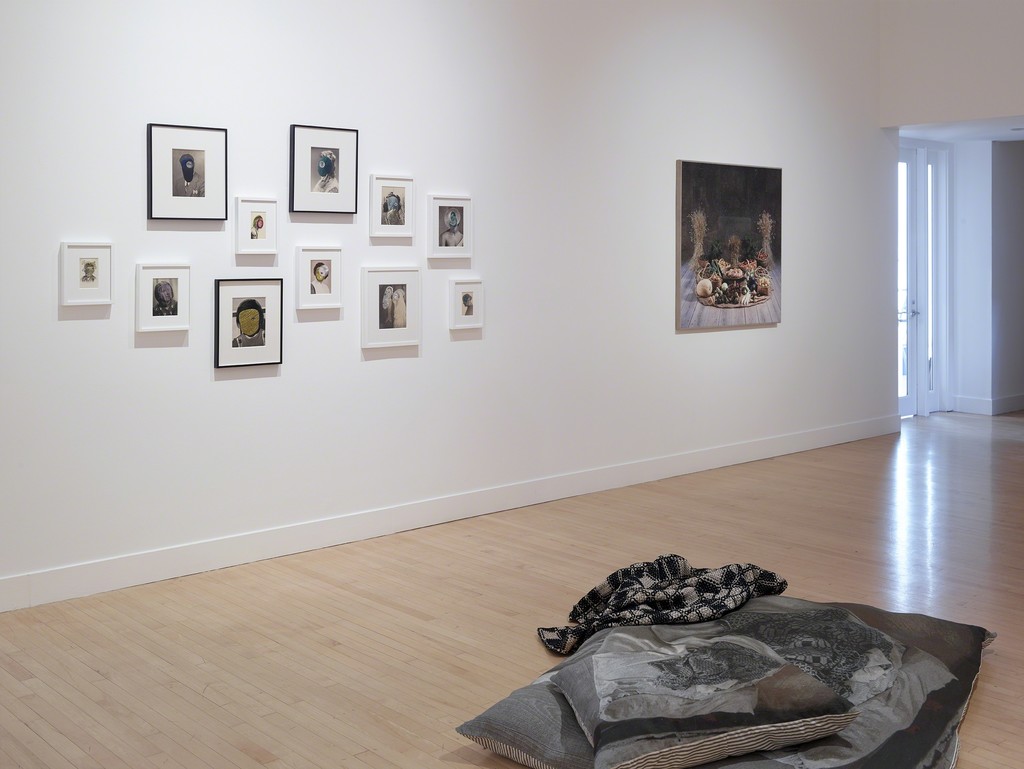 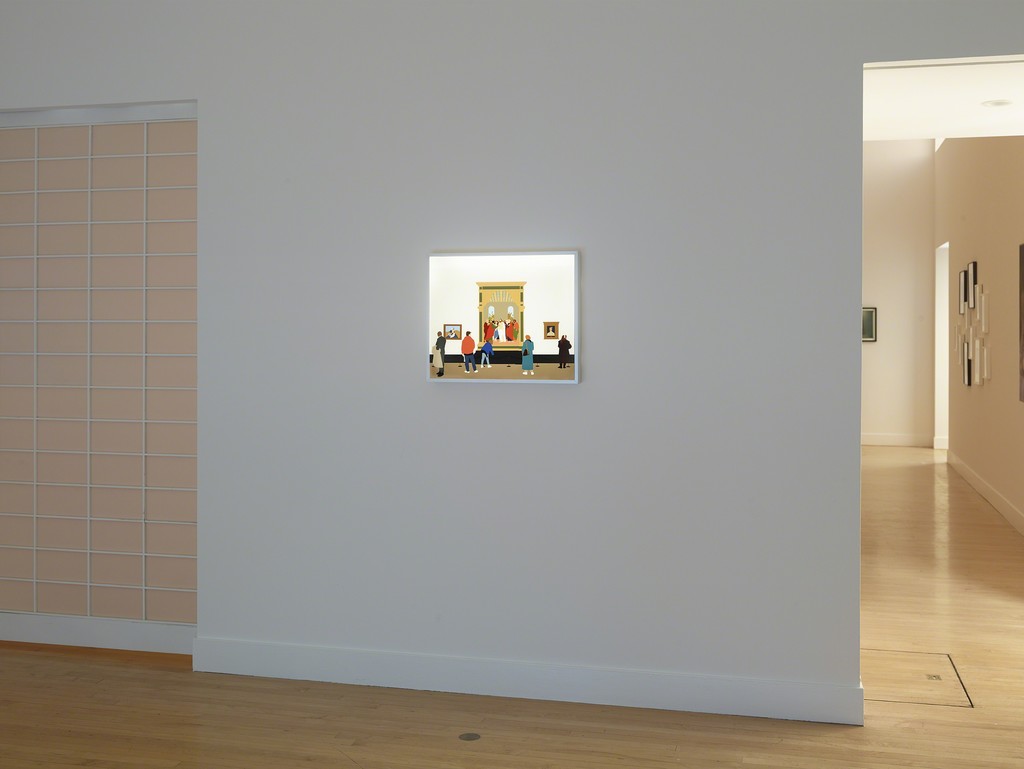 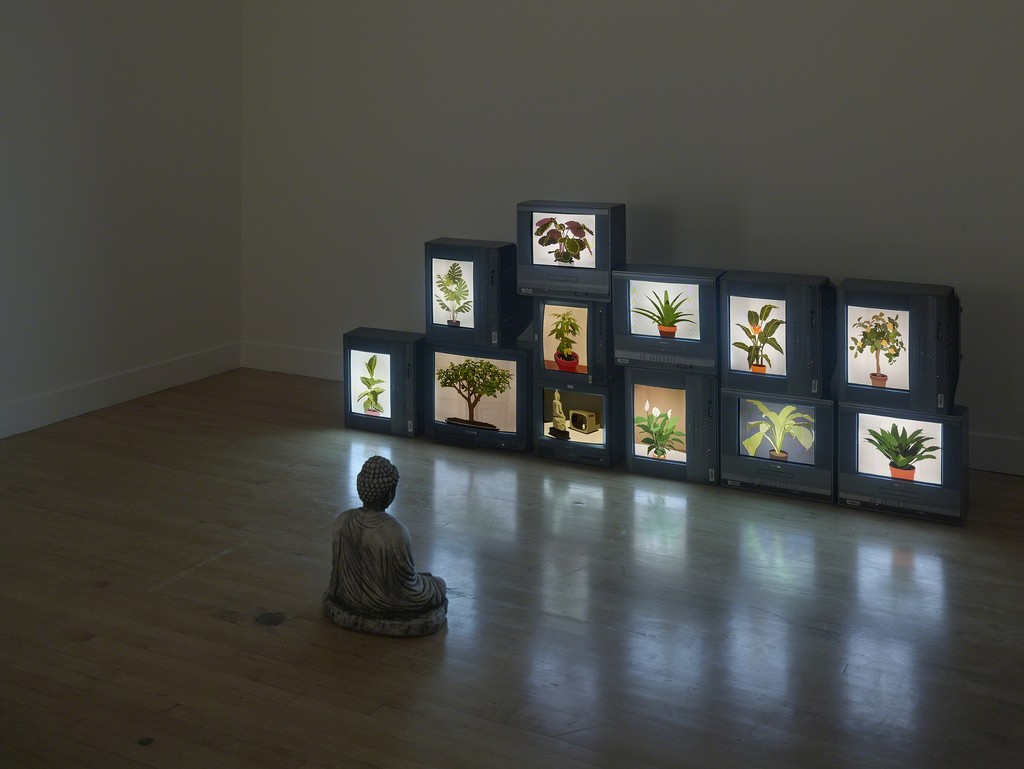 This summer, Haines Gallery is pleased to present a group exhibition entitled The Stand-ins, featuring new and recent works by Maurizio Anzeri, Kota Ezawa, Chris McCaw, and Allison Smith. Many of the works included in this exhibition use photographic and digital images not simply to depict persons, things, or phenomena, but to stand in for them— images becoming objects that act as surrogates for that which has been lost, forgotten, stolen, or otherwise unseen.
Maurizio Anzeri (b. 1969, Italian; lives and works in London) embroiders onto vintage photographs with colored thread, producing unforgettable, otherworldly portraits that are as surreal as they are sublime. Serious-looking children, sophisticated adults, and prim newlyweds are all utterly transformed by Anzeri’s vivid, precise filigree of obsessive threadwork. In Anzeri’s deft hands, what was once a traditional photo portrait becomes something else entirely: a sculptural, diagrammatic artwork in which long-forgotten faces are recovered from flea market hinterlands and revived, stitch by stich. As Anzeri has remarked on his uncanny artworks, “As long as something creates a reaction, it’s alive.”
Kota Ezawa’s (b. 1969, German-Japanese-American; lives and works in Berlin and San Francisco) latest body of work examines the infamous 1990 theft at the Isabella Stewart Gardner Museum. Extant only in photographs, two of the stolen artworks—Manet’s Chez Tortoni and Vermeer’s The Concert—reappear here in Ezawa’s reductive style as custom-made light boxes precisely sized to mimic the scale of the missing originals. Reflecting on his new body of work, he states, “Painters working before 1850, like Rembrandt and Vermeer, were essentially the photographers of their time. The new series extends my project The History of Photography Remix into the pre-photographic age of images. I feel compelled to produce an exhibition dealing with ‘stolen art works’ because my own process of appropriation could be regarded as a form of image theft. One could say I’m hoping to steal these images back and give them a new life.” Also on view is Ezawa’s newest multimedia work, TV Buddha Garden (2016), which fuses the artist’s take on two of Nam June Paik’s well-known installations, TV Buddha and TV Garden.
Chris McCaw’s (b. 1971, American; lives and works in Pacifica, CA) artistic practice is firmly rooted in the history of photography, even as the artist pushes the medium in new directions. In his Sunburn series, the lenses in the artist’s handmade cameras function as magnifying glasses, allowing the sun to literally burn its path across light-sensitive negatives that are often solarized, creating a natural reversal of tonality through over-exposure—process. In Sunburned GSP #704 (Pacific Ocean, sunset in 11 frames), 2013, the remarkable eleven-panel piece included in this exhibition, the subject of the photograph (the sun) disrupts the idea that a photograph is simply a representation of reality—instead becoming a physical embodiment of the earth’s movement and the passage of time.
Open-air and living history museums have long interested Allison Smith (b. 1972, American; lives and works in Oakland, CA), whose multidisciplinary practice often repurposes the material culture associated with early American life and its reenactment. Smith’s Itinerant Bedding, Connor Prairie, Indiana (2013) begins with such a site: Prairietown, a “historic” but fictional 1836 pioneer community populated with “Interpreters” (actors) dressed in period clothing who play various roles (town blacksmith, potter, etc.). In this installation, photographs of a modest Prairietown bed (essentially a stage prop) have been printed onto fabric and transformed into a soft sculpture—thus becoming a surrogate version of the object they depict. Rather than feeling lost in the mise-en-abyme viewers will recognize something very contemporary in this makeshift sleeping place, which brings to mind the familiar urgencies of homelessness and the struggles of refugees around the world.