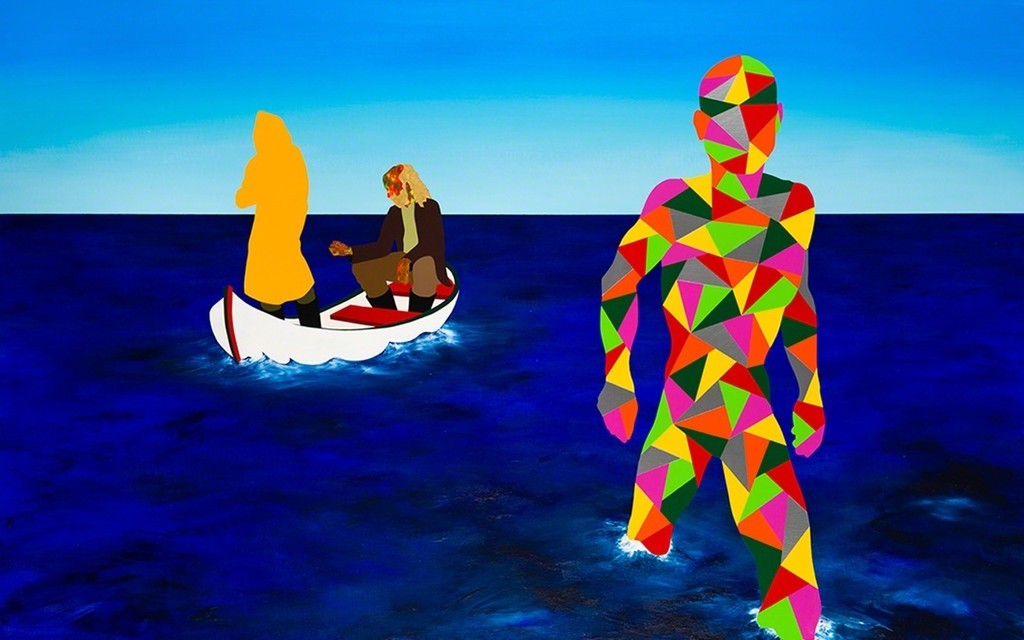 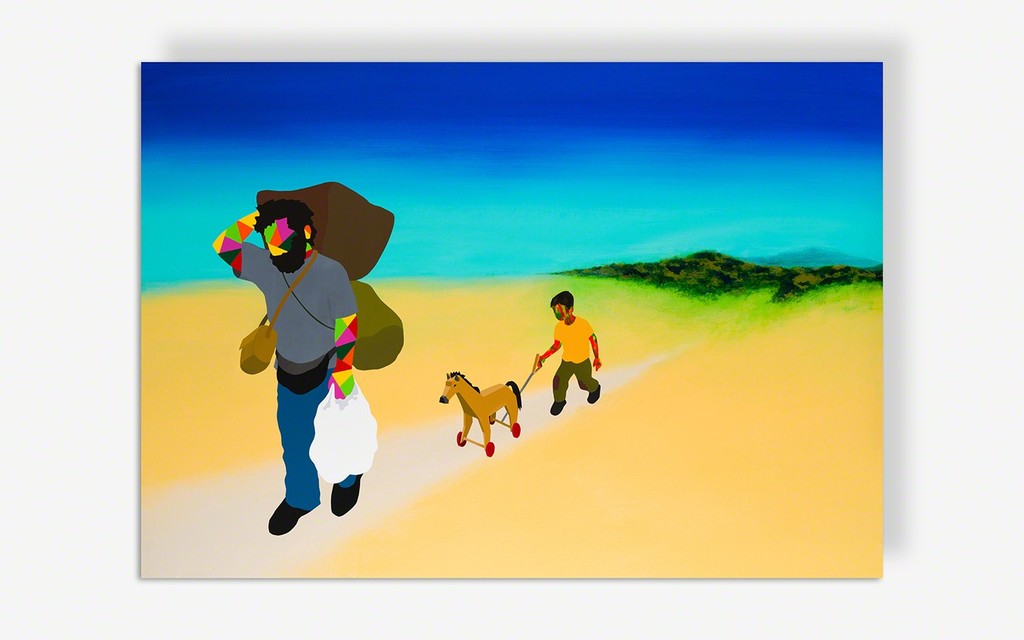 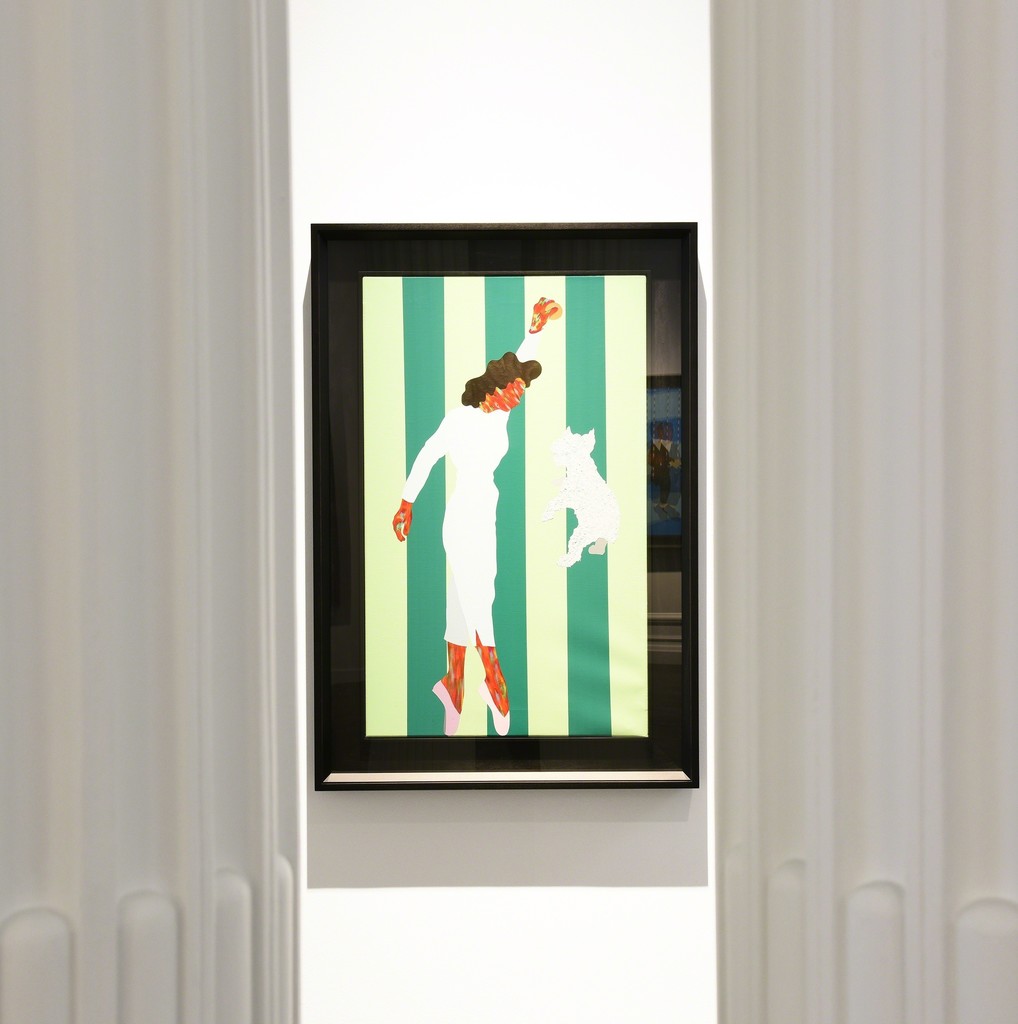 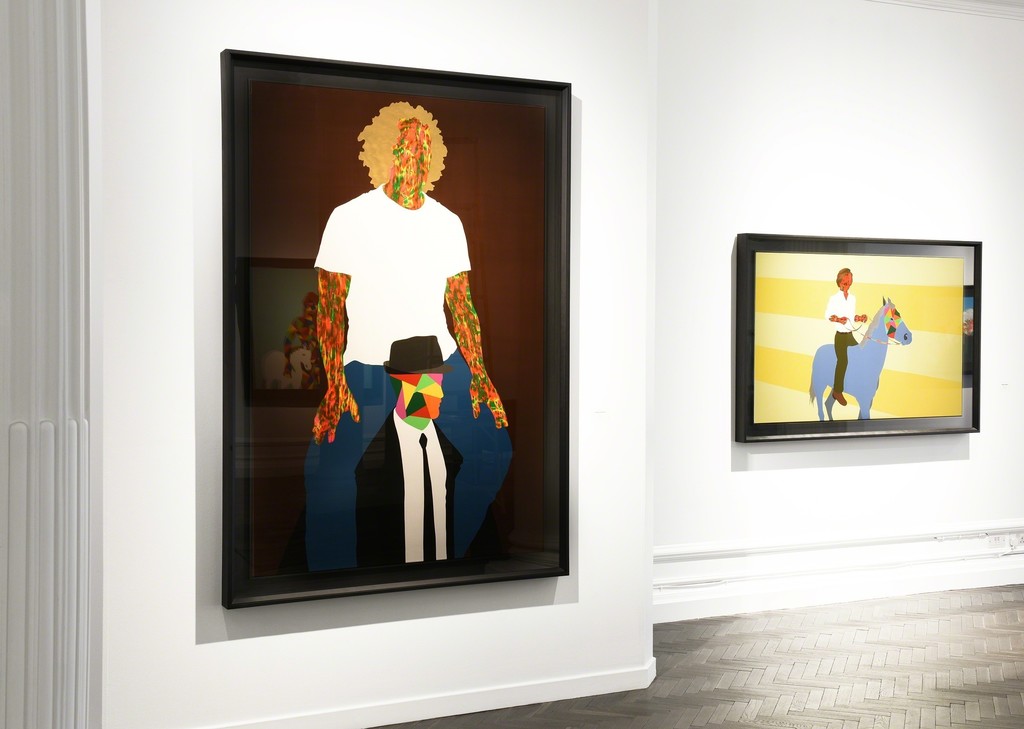 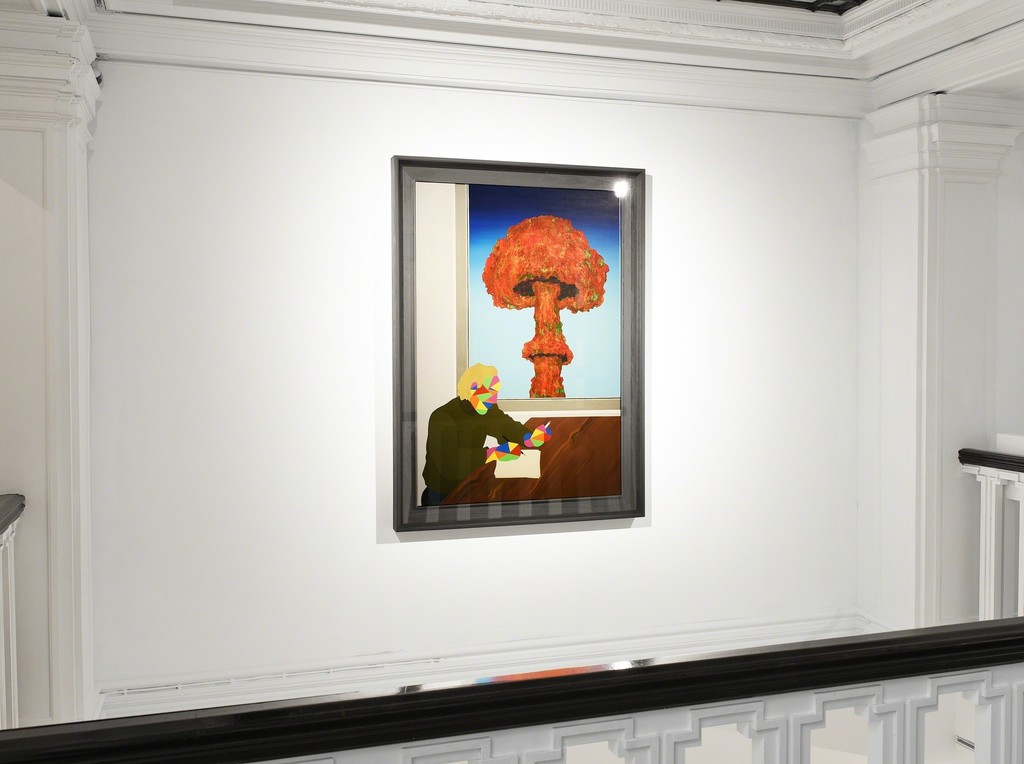 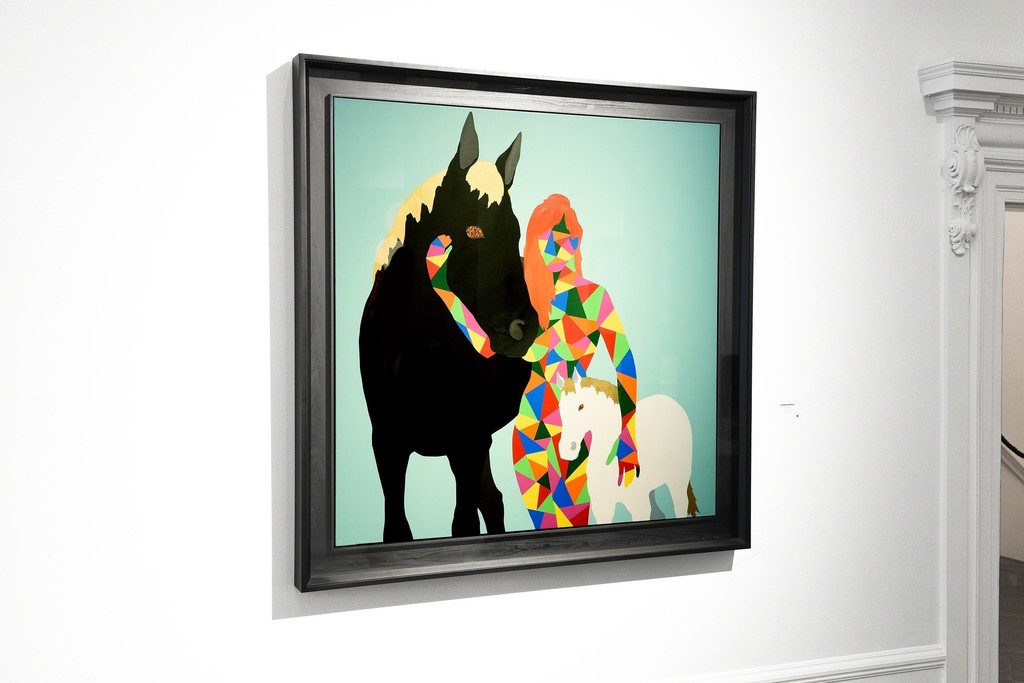 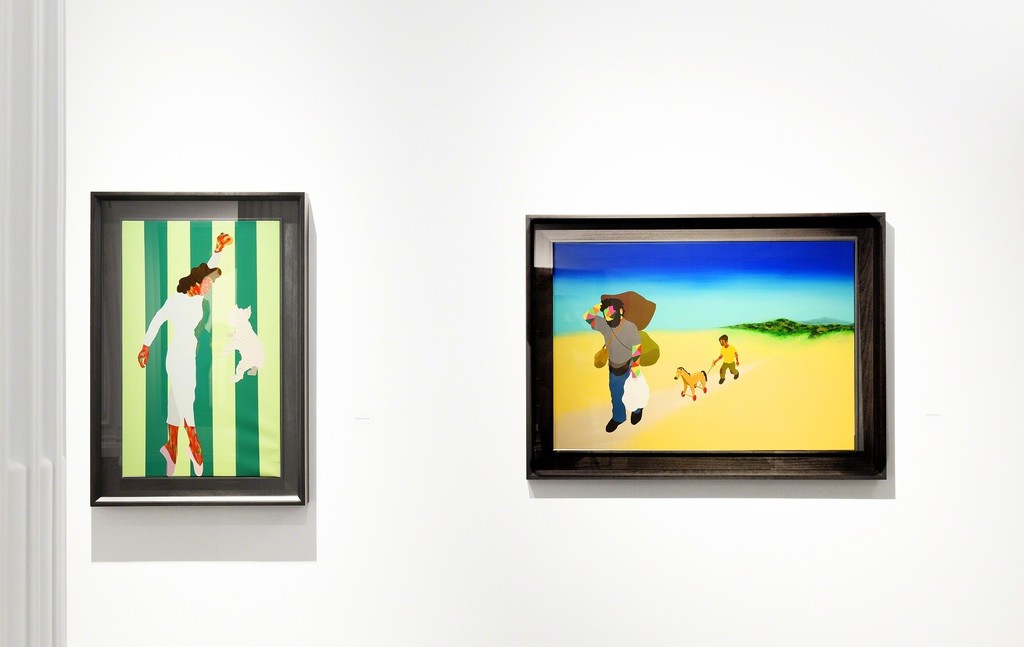 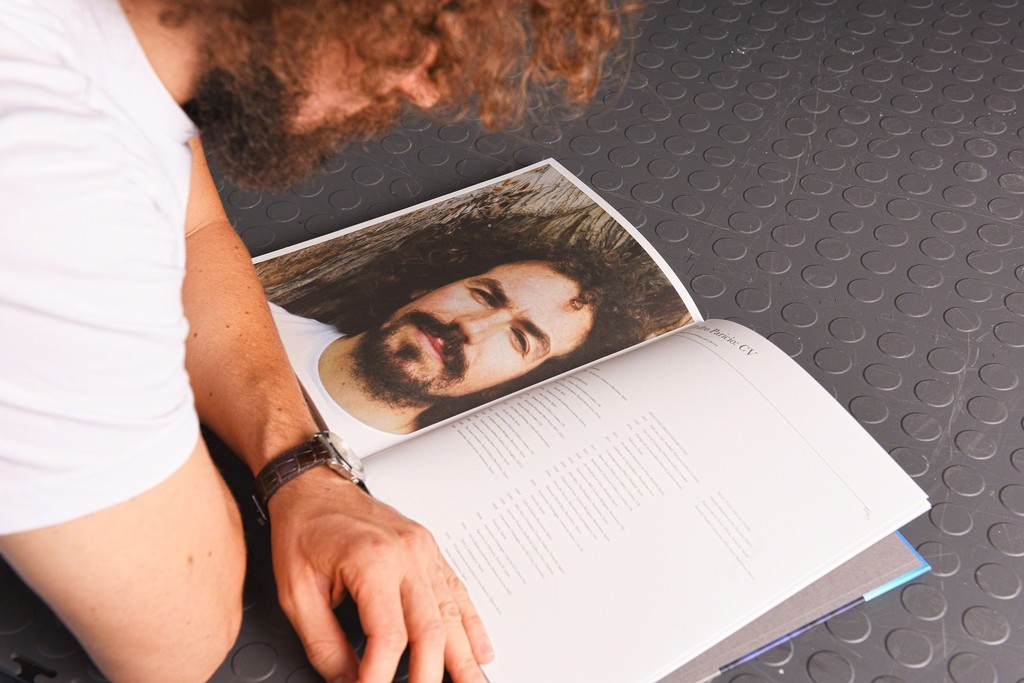 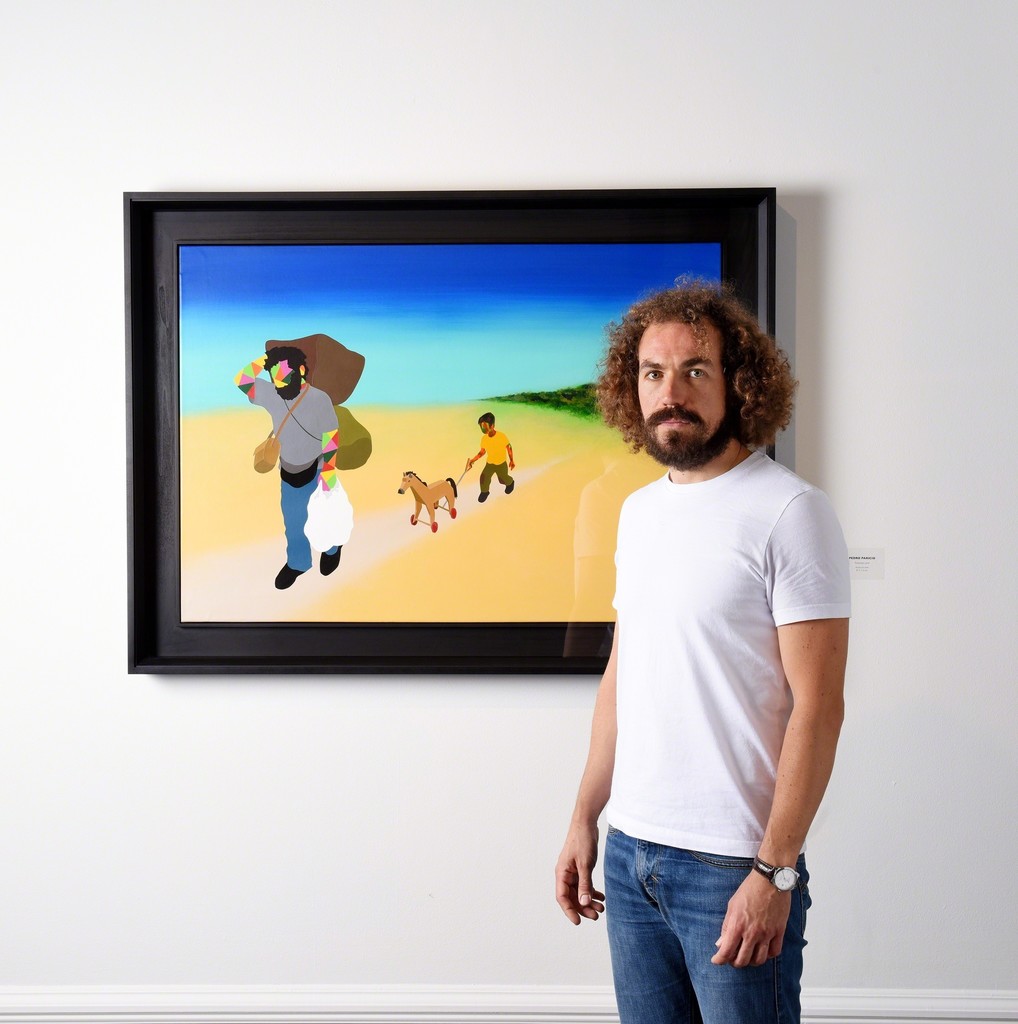 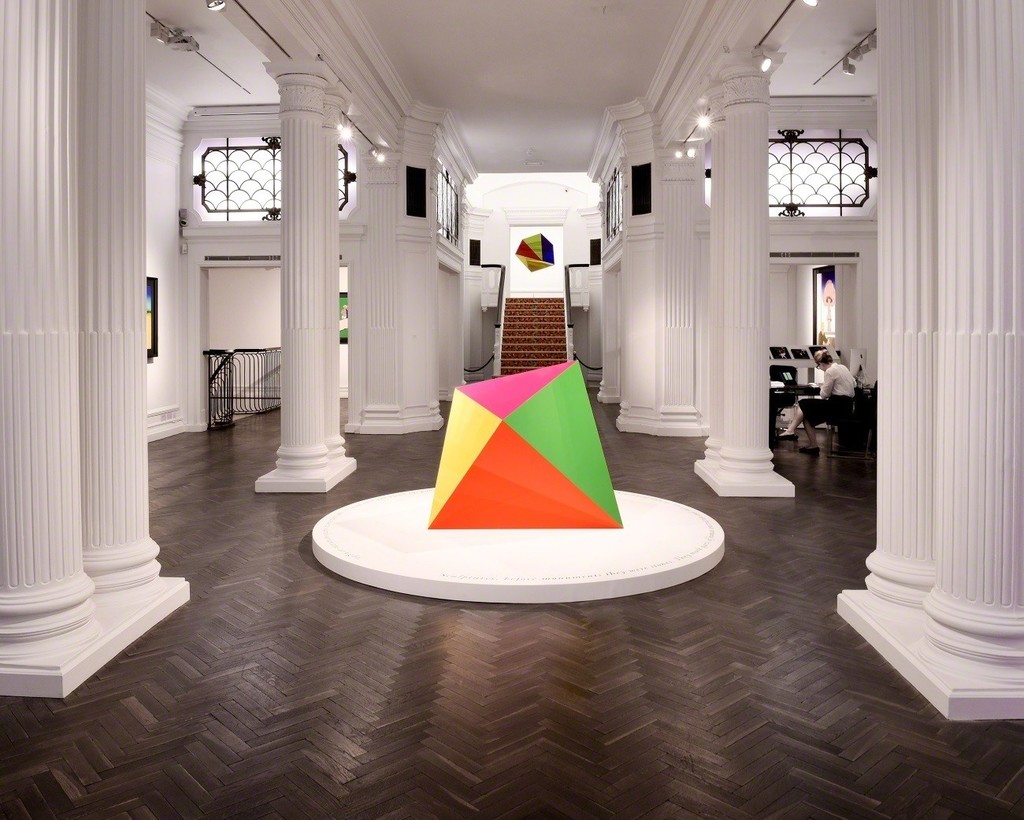 “Dreams are not only what we inhabit when we sleep. They are also fantasies, desires and fears, both what we are hopeful for and what we are oblivious to. Though dreams are subconscious, they are also a reflection of consciousness,” Pedro Paricio. Paricio explores ways in which artwork can become transcendental – uninfluenced by the fashions and temporary satisfactions of the present. In attempting to realise the eternal components of art historical masterpieces, Paricio endeavours to flesh out the common element, ignoring place or time. Thinking in the past, present and future, Paricio is convinced that every work of art is a wormhole that allows the viewer to travel back and forth into the history of art as stated by Paricio himself, “a work of art is not only today, it is simultaneously yesterday and tomorrow.”

Paricio continues to feature in his own composition, yet without his signature costume including his black hat, blazer, tie and white button down. Like the German artist Joseph Beuys, Paricio’s hat and tie disguise was part of his artistic persona, a shamanic tool which was once integral to his performance. Paricio’s departure from this costume is a venture into self-reflection as he resurrects and re-invents himself to expand his practice. 'When I change, my art changes' the artist explains. As he shifts his focus to a dream world, Paricio takes his viewer on a colourful journey to reach a heightened state of euphoria, simply by allowing a temporary release from social confines. Surreal scenes, strange apparitions and dream-like states play out with kaleidoscope forms and bright acrylics contrasted against dark backgrounds as the human subconscious is manifested through the art.

Paricio weaves art historical narratives throughout his figurative work by appropriating themes and configurations of old and modern masters. Using experimental colours and an unmistakeable playful approach to the traditional method of painting, Paricio has always set out to solve conceptual problems, to pay homage to great artistic figures of the past and to examine and question the role of the artist through his bright and dynamic canvases, layered with meaning.

This year marks Paricio’s fifth anniversary with Halcyon Gallery. Paricio was the youngest artist to sign with Halcyon Gallery at only 28 years of age and he has since been named the “freshest thing in the emerging contemporary art world in thirty years,” by Juan Manual Bonet, director of the Cervantes institute in Paris and former director of the Reina Sofia in Madrid. In the past five years Paricio has reached many milestones; presenting his first major show, Master Painters, at Halcyon Gallery in 2011 and The Theatre of Painting, his solo museum exhibition at the Institute of Culture and Arts of Seville, Spain in 2012. Paricio has since gone on to have a further two highly-acclaimed exhibitions within Halcyon Gallery including Diary of an Artist and Other Stories in 2012 and Shaman in 2014. Included in Francesca Gavin’s book 100 New Artists (2011), representing an innovative generation that is forming the aesthetics of the coming decade, Paricio’s work has also been acquired by the Norton Museum of Fine Arts in Florida and TEA Museum in Tenerife as well as held in a number of private collections around the world.