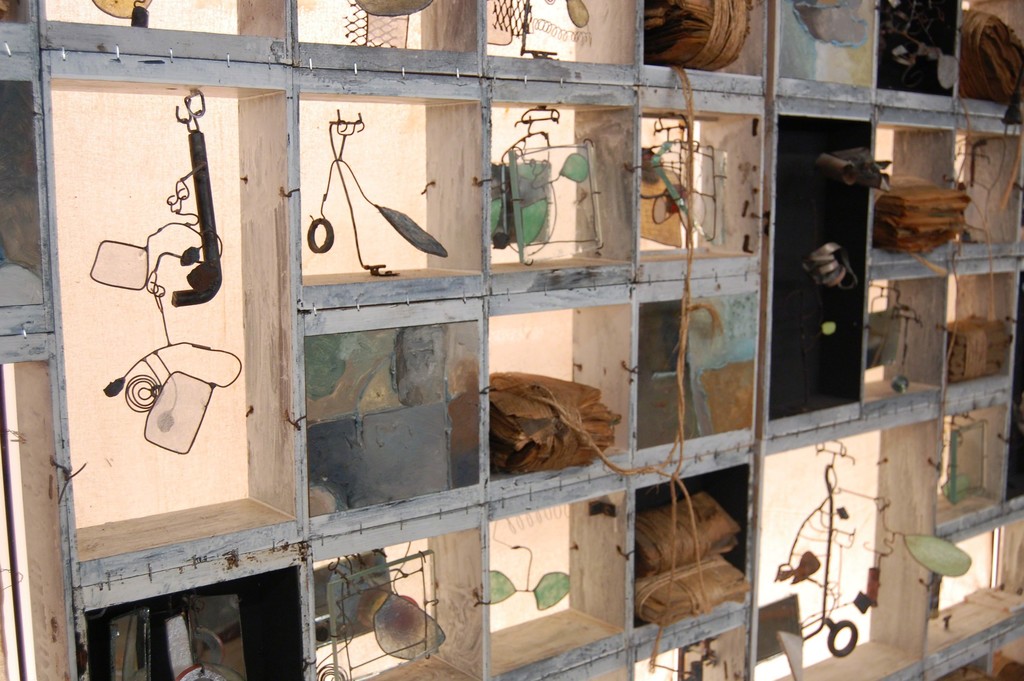 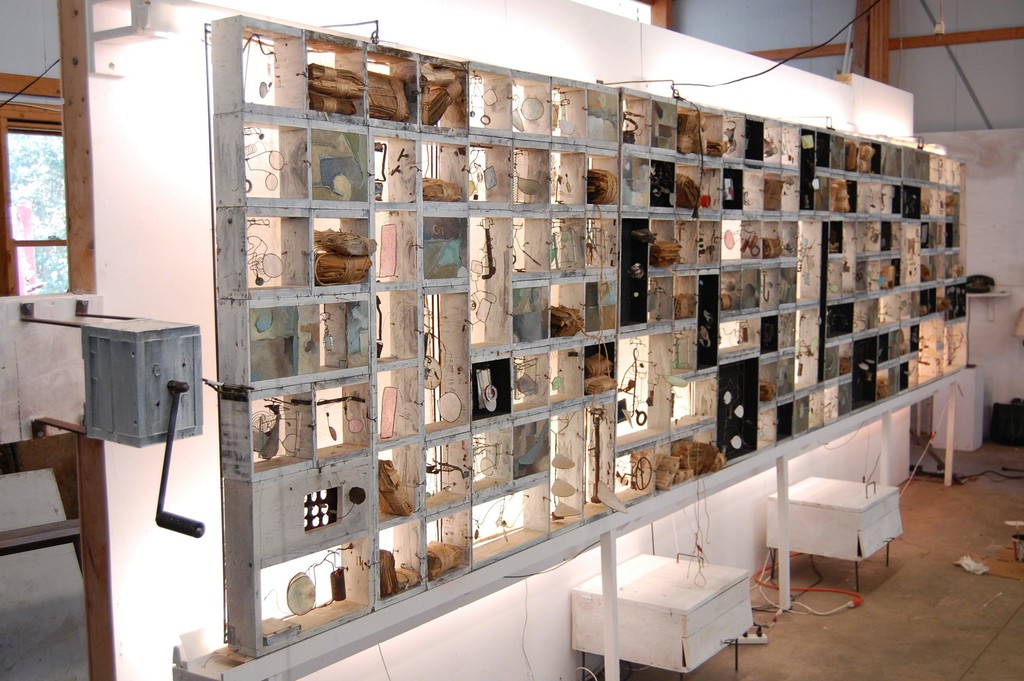 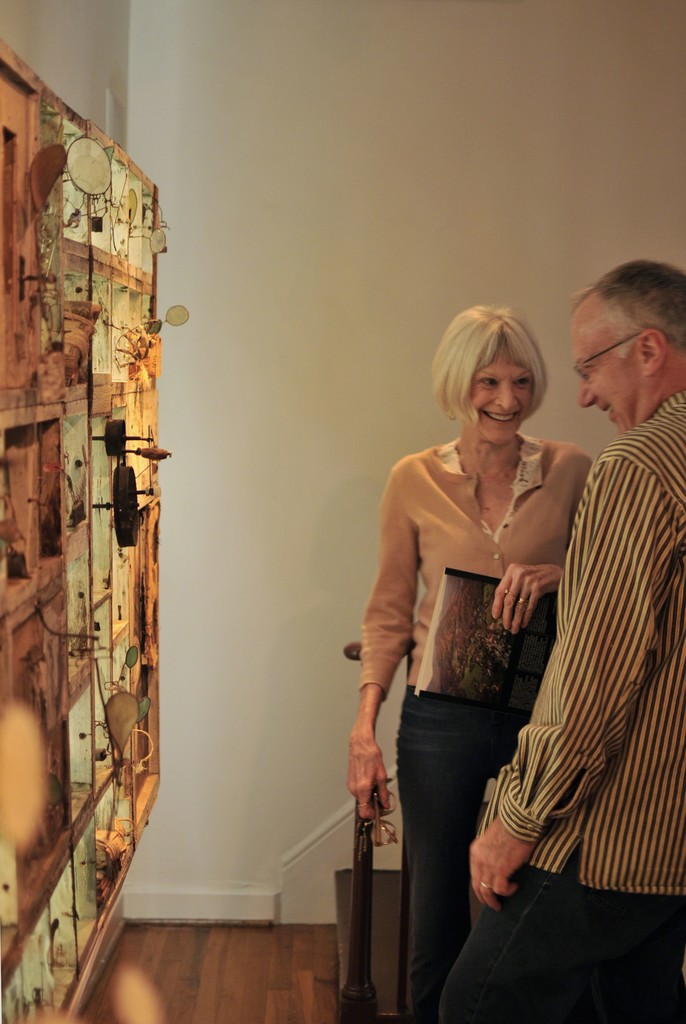 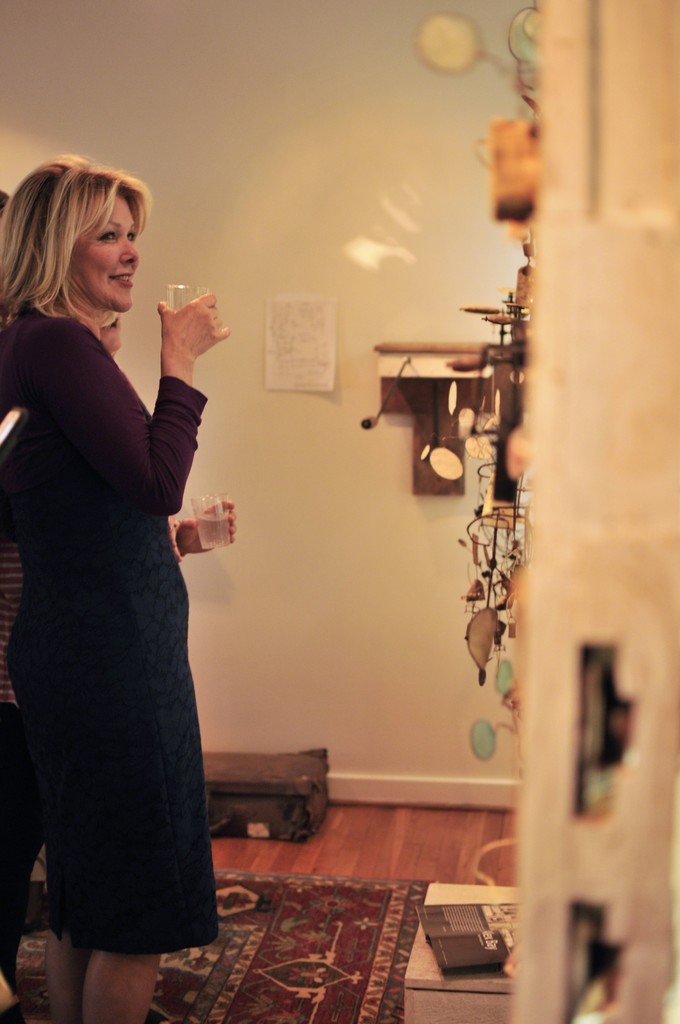 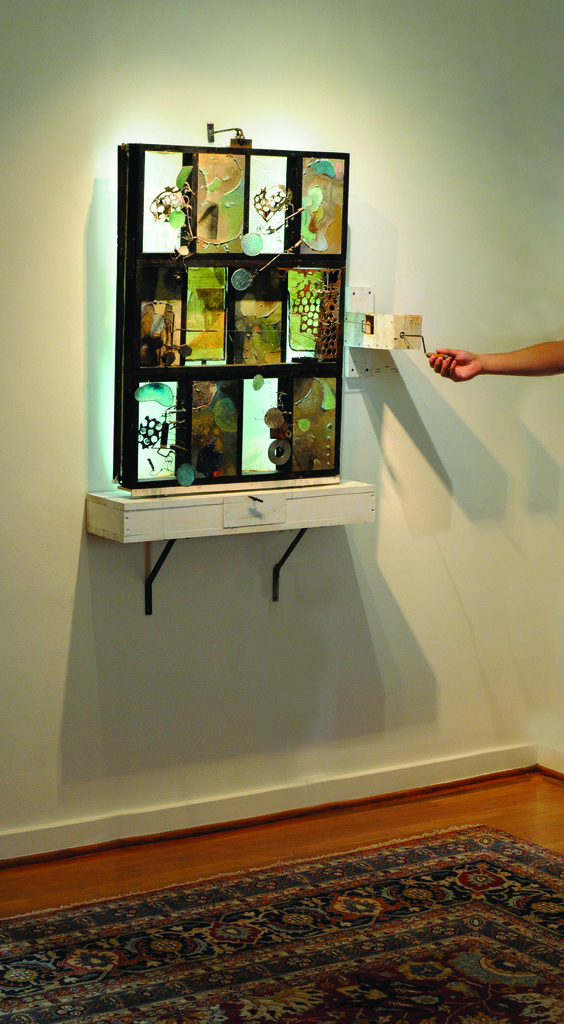 Alex Bay was born in Seville, Spain in 1937. After living in Mexico City and Milan during World War II, his family returned to Bucks County, Pennsylvania. Bay is inspired by discarded things which retain the traces of human use, such as anonymous penciled scribbling on an envelope addressed to an unknown individual. He is also fascinated by the factories lining the railroad tracks between Baltimore and New York, feeling that the graffiti and shattered windows take him to another time. The materials he uses creates and harsh yet delicate pieces that capture light and movement beautifully. His work acquires a certain mystery and fascination that captures the extraordinary beauty of ordinary life.