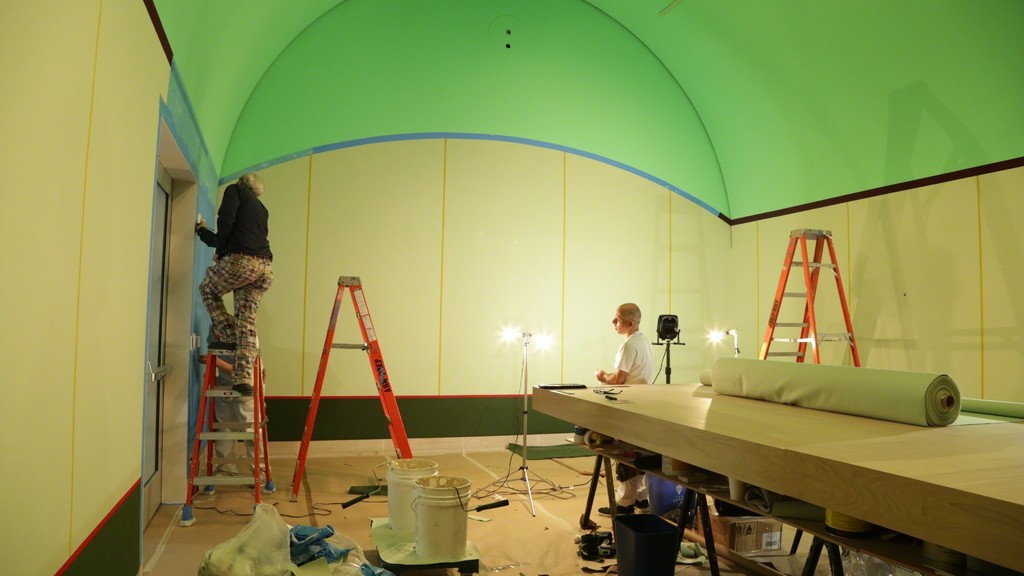 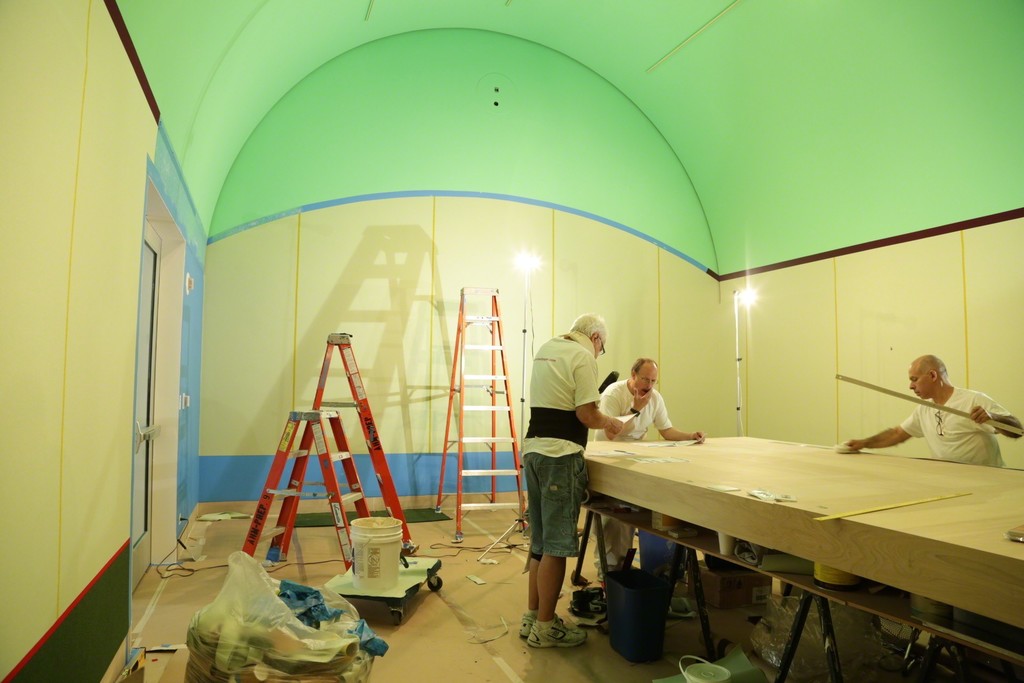 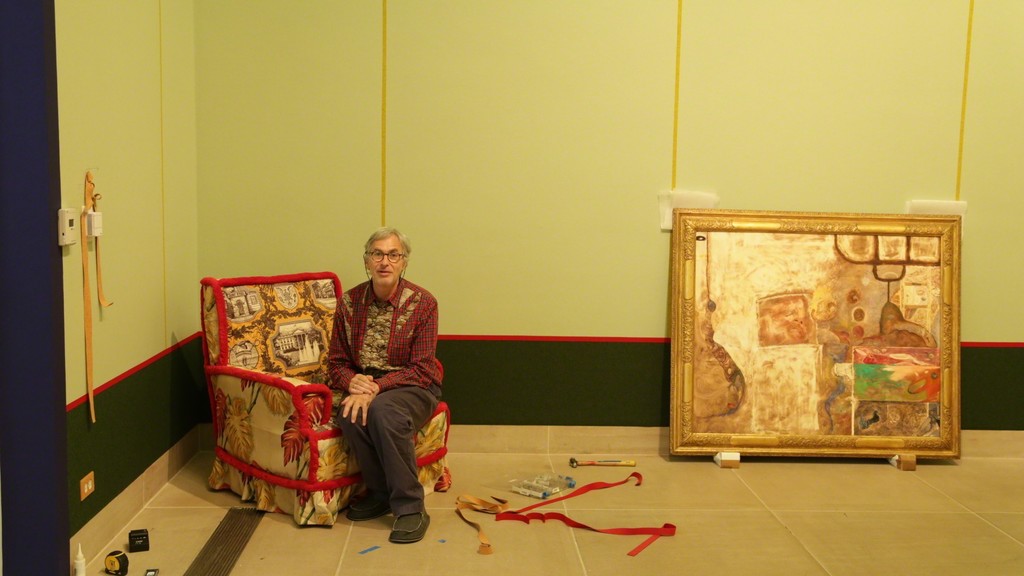 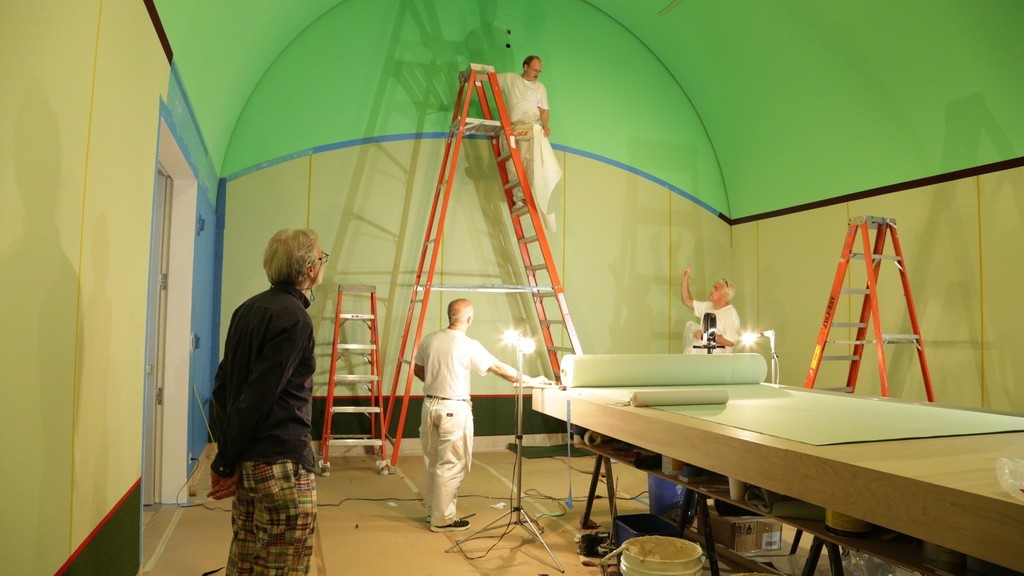 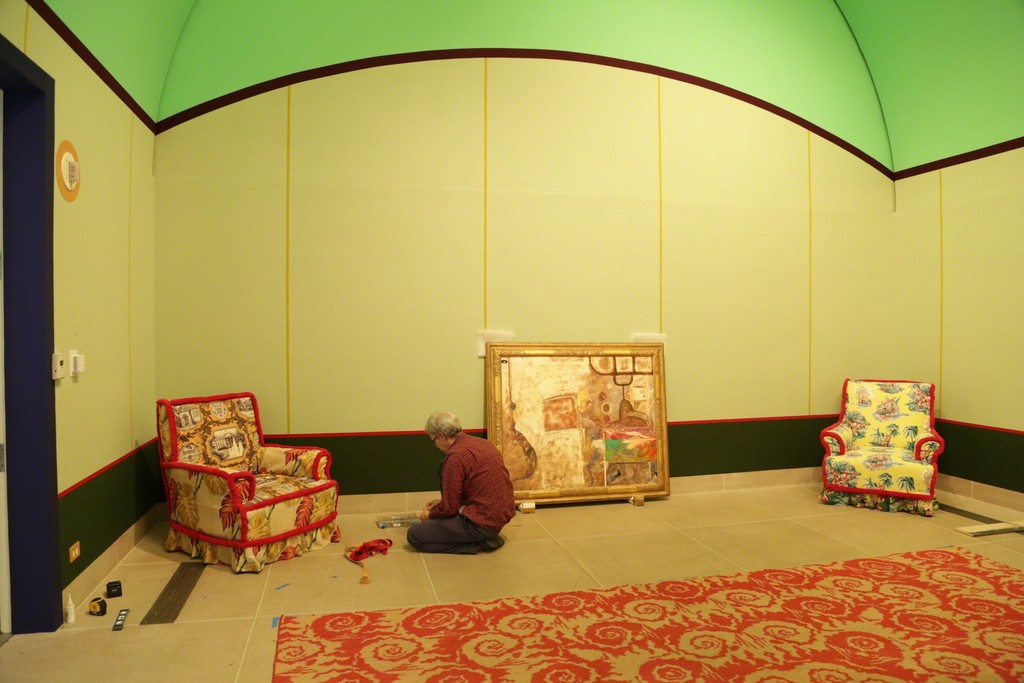 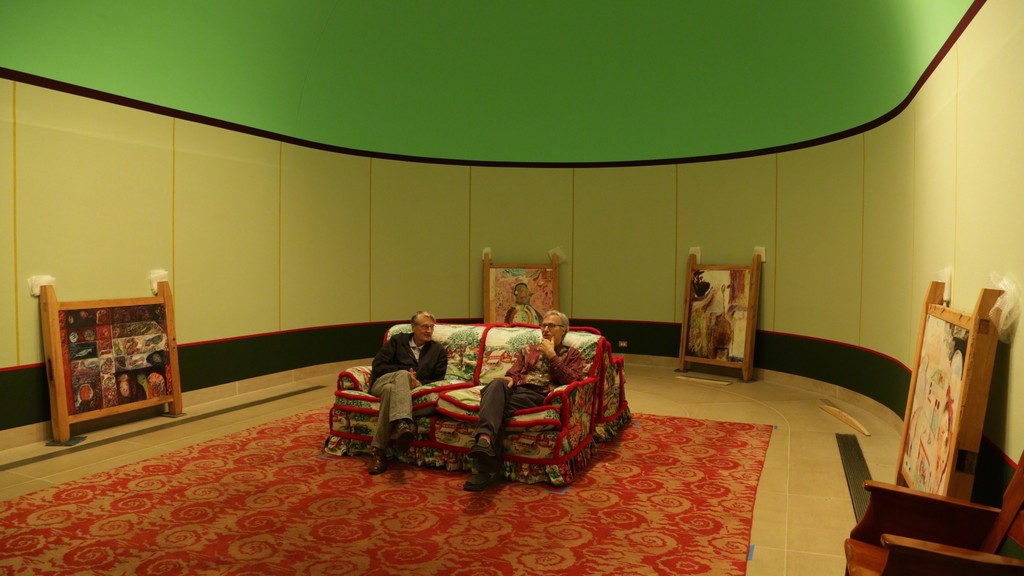 Joseph Holtzman’s paintings bring the past and the present, the private and the public into dialogue. Alongside popular historical, cultural, and literary personalities such as Mary Todd Lincoln, Stephen Sondheim, and Jane Austen are more personal depictions, of the artist’s mother, Frieda Holtzman, and Robert Offit, a close friend who died of AIDS. Holtzman often culls his subjects from popular culture and literature, which provide inspiration for paintings that are largely abstract but with hints of representational imagery the artist associates with his sources. Jane Austen, for example, is the subject of one painting from his recent body of work. Rather than give us an easily legible portrait of Austen or renderings of scenes or subjects from her writings, Holtzman combines figurative and abstract elements, resulting in a colorful panoply of swirling patterns and motifs. Holtzman’s titles provide important clues to deciphering his works. Jane Austen, November 1815, for example, may refer to the year Austen published Emma, whose main character is considered to be a vast departure from Austen’s prior heroines, many of whom have become popularized in feature films and television miniseries.

Holtzman’s process is as innovative as the resultant paintings. He begins with pieces of polished slate or marble and thinly applies layers of oil paint to the surface of the stone. Using a tool to carve into the paint, he marks the surface with scratches, allowing the marble’s luminosity to shine through. The luminous qualities of marble and oil paint results in a shimmery, glossy finish. At the Hammer, a selection of Holtzman’s recent works from 2006 - 2011 will be on view in a space designed by the artist. Drawing upon several decades of his experience as a designer, editor, and trendsetter, Holtzman will create a site-specific environment at the Hammer that illuminates the artist’s unique aesthetic.