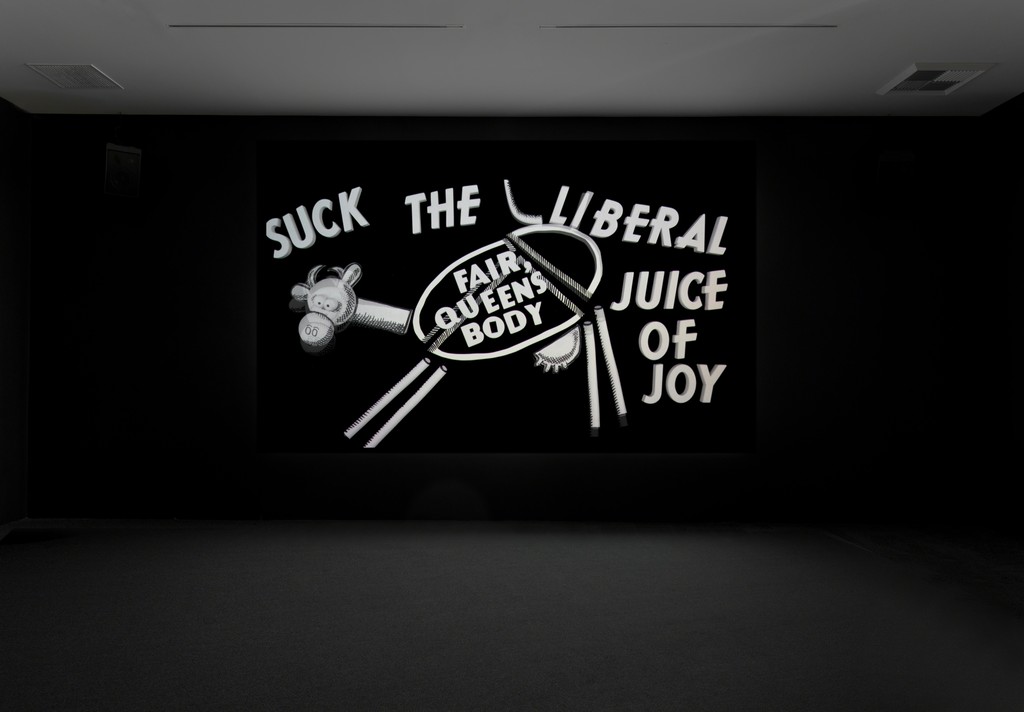 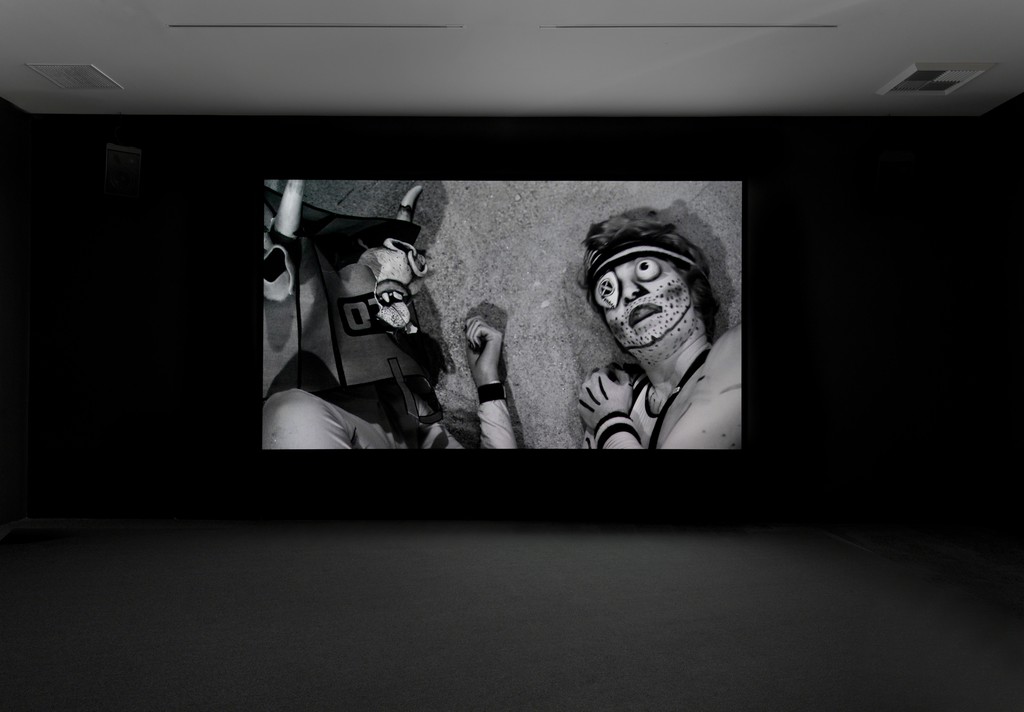 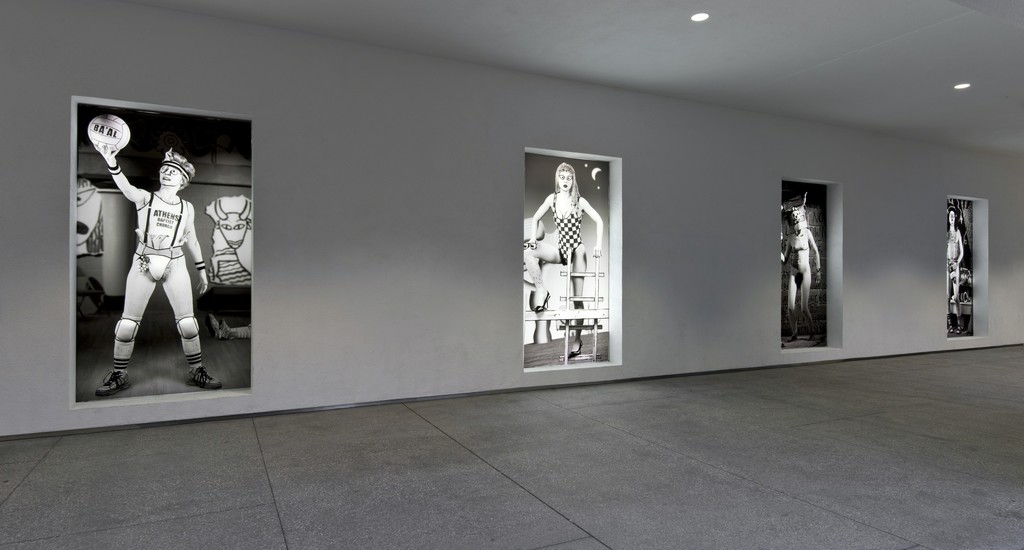 Trained as painter, Mary Reid Kelley creates narrative videos set within her own stylized black and white drawings. Working with videographer Patrick Kelley, her characters—all roles usually played by the artist—move through her black-and-white scenery and speak in poetic verse written by the artist. Beginning with Priapus Agonistes (2013), Reid Kelley explores the Greek myth of the Minotaur, turning the hybrid creature into half woman rather than man. In the second video of this series exploring the Minotaur’s family history, Swinburne’s Pasiphae (2014), Reid Kelley brings to life an unpublished text by the Victorian poet Algernon Charles Swinburne, which is rich with bawdy double entendres and visual language that aligns with the artist’s own writings. The third and final video of the trilogy, The Thong of Dionysus, will be completed in 2015 and will premier in her Hammer Project. A mix of Greek cartoon, slapstick, and multidimensional wordplay, Reid Kelley’s videos explore the roles of women, sexuality, language, and art historical tropes. This exhibition will be the first presentation of the complete video trilogy and will include portraits of her recurring characters in the Hammer’s courtyard lightboxes.
Hammer Projects: Mary Reid Kelley is organized by Hammer curatorial associate Emily Gonzalez-Jarrett.

By Emily Gonzalez-Jarrett
The ancient Greeks believed that the gods punished mortals for their hubris, an excessive pride that offended the deities, who were capricious and wrathful, extending their vengeance through innocent generations. Family was fate, and fate determined suffering. Neither could be changed by a mere mortal. The artist Mary Reid Kelley’s trilogy of videos on the myth of the Minotaur, made in collaboration with Patrick Kelley, frames the difference between the ancient concept of fate and the contemporary belief that suffering is generally the result of one’s own bad choices. Reid Kelley’s lyrical scripts and slapstick action highlight the absurd and tragic dimensions of the Minotaur’s family story. Her stylized backdrops and costumes place the story in ancient Greece, but the artist’s blending of contemporary references moves it closer to home. The hapless Minotaur could stand in for any misfit, and her supporting constellation of family and gods satirizes both divine power and the contemporary cult of self-determination.