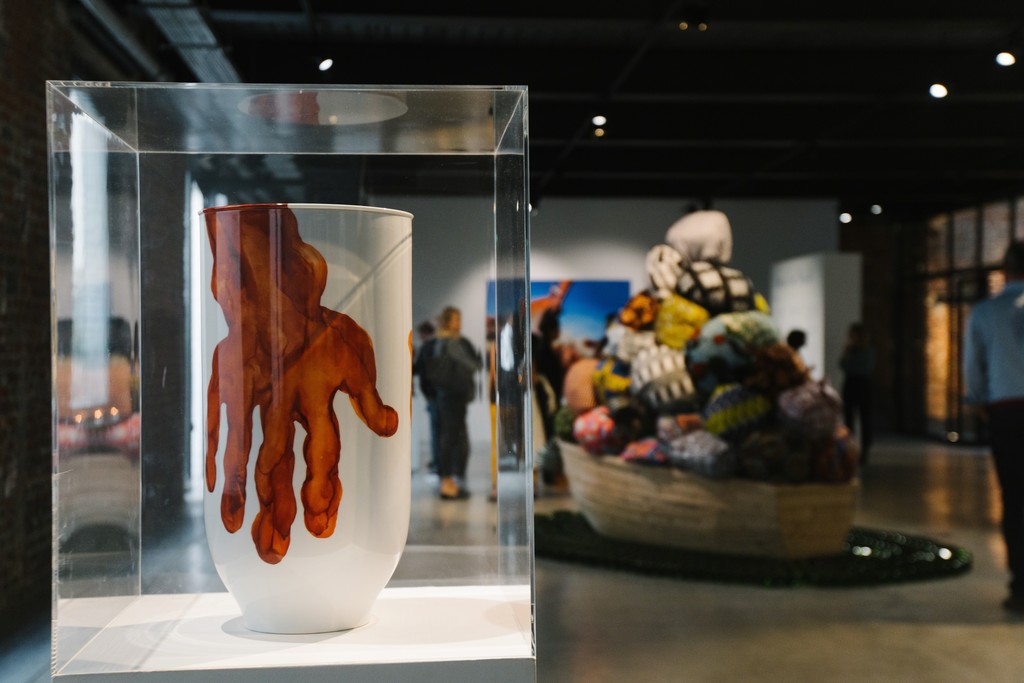 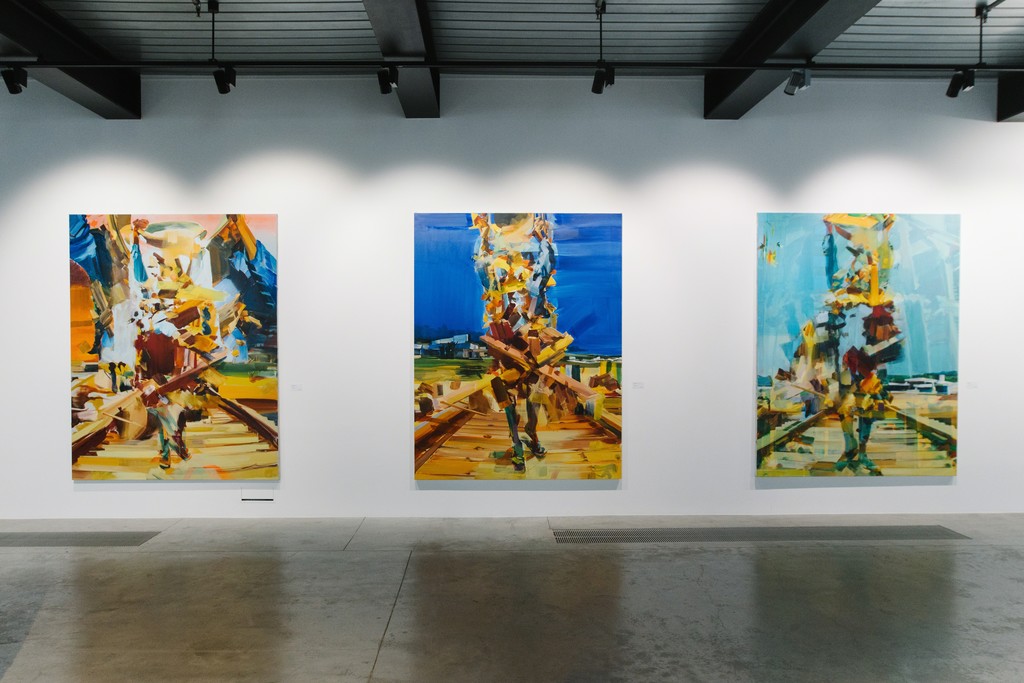 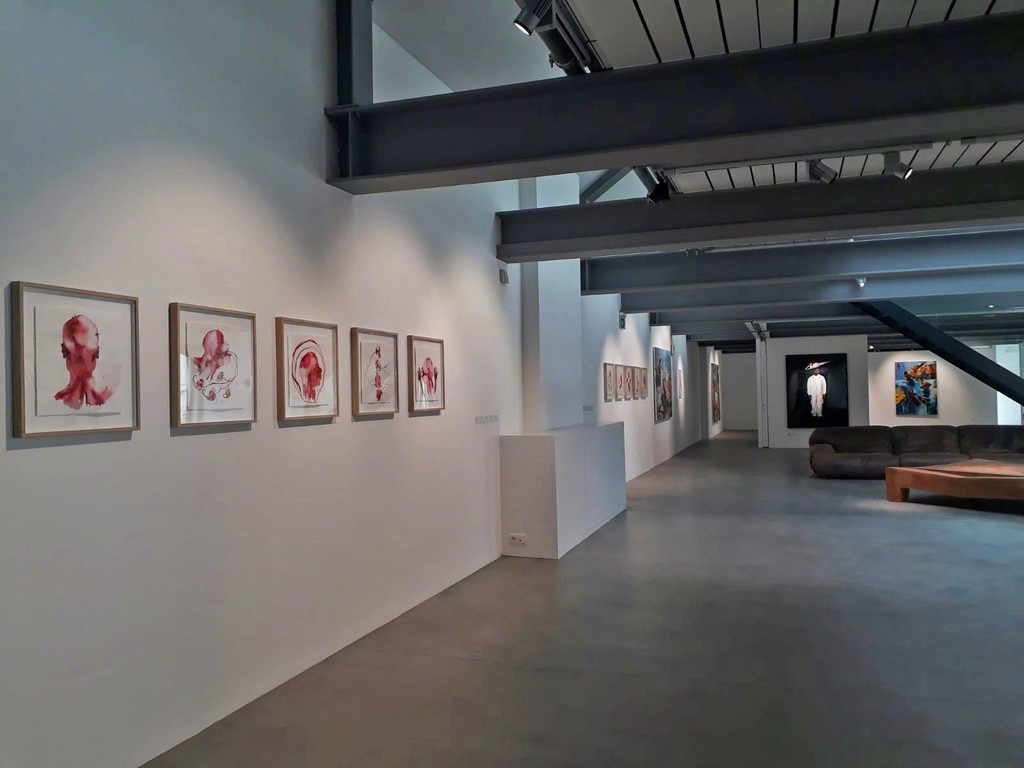 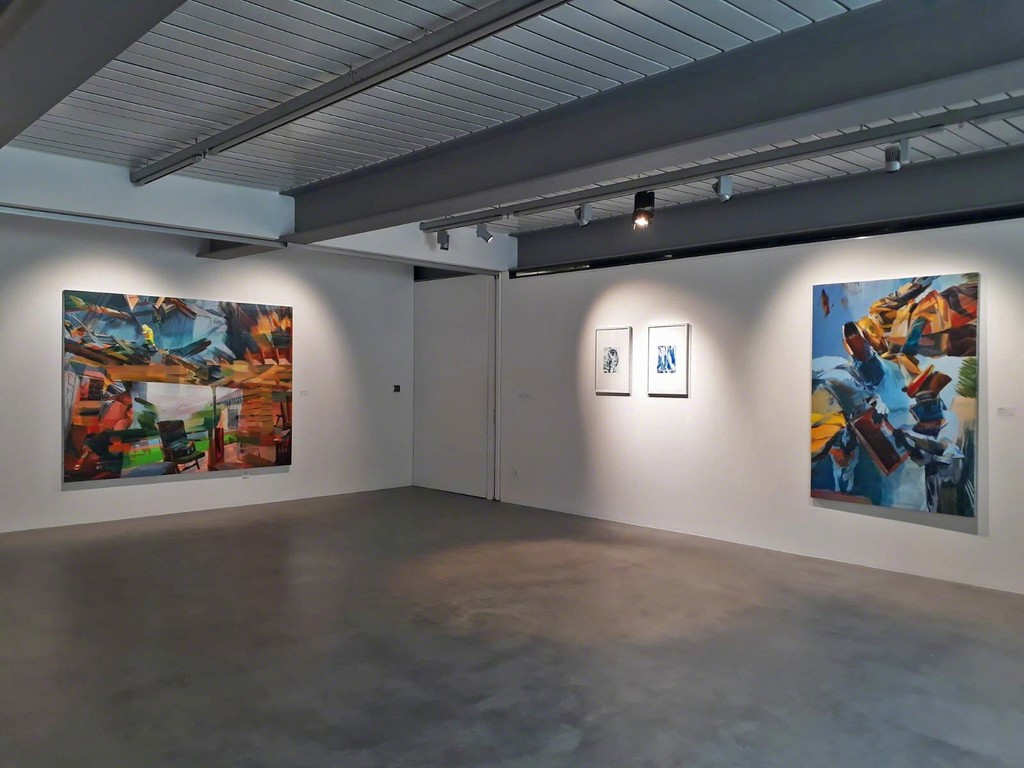 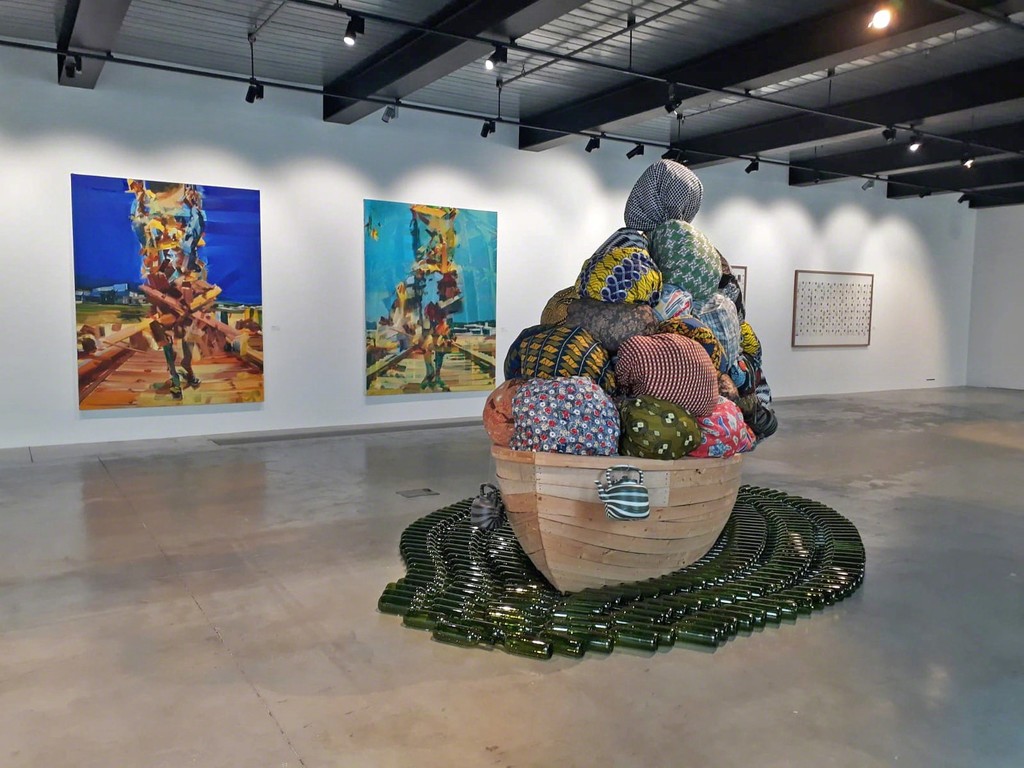 'We often use the expression ‘painters bear witness to the times they live in’, but really, how could it be otherwise? Art is always contemporary with its age, and artists, whoever they may be, act as a kind of sounding board for it. In a turbulent world such as ours, the role and function of the artist are more than ever to increase society’s awareness of all the faultlines that undermine it.

‘What do you think an artist is?’, Picasso once exclaimed. ‘An imbecile who only has eyes, if he is a painter, or ears if he is a musician, or a lyre in every chamber of his heart if he is a poet, or even, if he is a boxer, just his muscles? Far from it: at the same time he is also a political being, constantly aware of the heartbreaking, passionate, or delightful things that happen in the world, shaping himself completely in their image.’

Barthélémy Toguo and Duncan Wylie seemed to us to share that same status. The choice to bring them together within the unifying structure of a single exhibition speaks not only to that, but also to the fact that they were both born and raised in Africa, subsequently settling in France to complete their training and build their reputations. While one comes from Cameroon, and works in multiple disciplines, borrowing equally from drawing and photography and video and performance, and dividing his time between Bandjoun and Paris, the other, coming from a British background and being born in Zimbabwe, is fully committed to being a painter and draftsman, living between London and Paris. Above and beyond the differences that separate them, what they share is the way that they look at the world: not in any sense within the same creative dynamic, but instead as part of the same attitude of humanist reflection.

Whereas Barthélémy Toguo, whose career path is a dictionary definition of the term ‘nomadic’, has always been quick to place himself in situ, to experience the pulsations of the world and respond to them through all sorts of interventions, Duncan Wylie, for his part, constantly has his ears cocked, using the media to take the pulse of all the world’s upheavals and then converting them into the dimension of symbols. Something about them harks back to a similar desire to talk about the world, to speak to us about the human condition – a bit like Malraux – and to open our eyes in a bid to help us avoid the pitfalls represented by the authority of appearances.

While one denounces instances of inequality and injustice, taking up the cudgels in defence of minorities and calling our values into question, the other reports on the chaotic reality of the world, lambasting the absurdity of power while striving to attain a balance. Both of them bring us face to face with reality, inviting us to assess the extent to which the human condition is determined by all sorts of political, economic and societal factors. While they are artists of their time and in their time, this does not mean that Barthélémy Toguo and Duncan Wylie are any the less – to quote Picasso – ‘political beings’, and their works, whether figurative or conceptual, narrative, literal or symbolic, amount to what we might call a great Book of Hours about the world.'