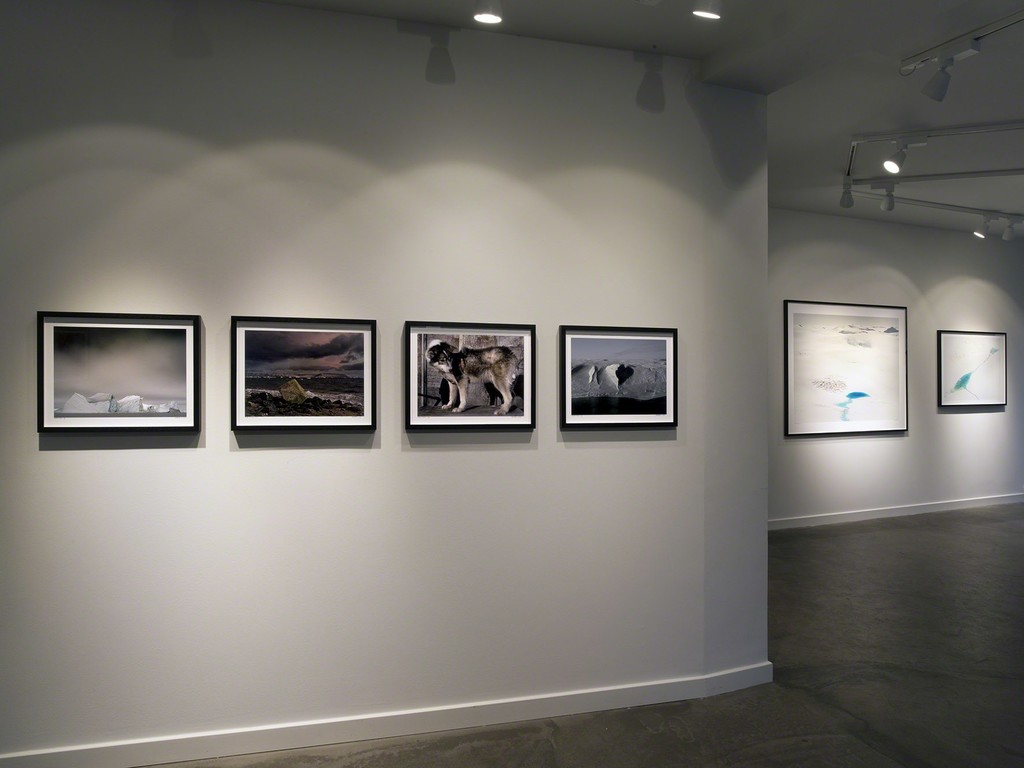 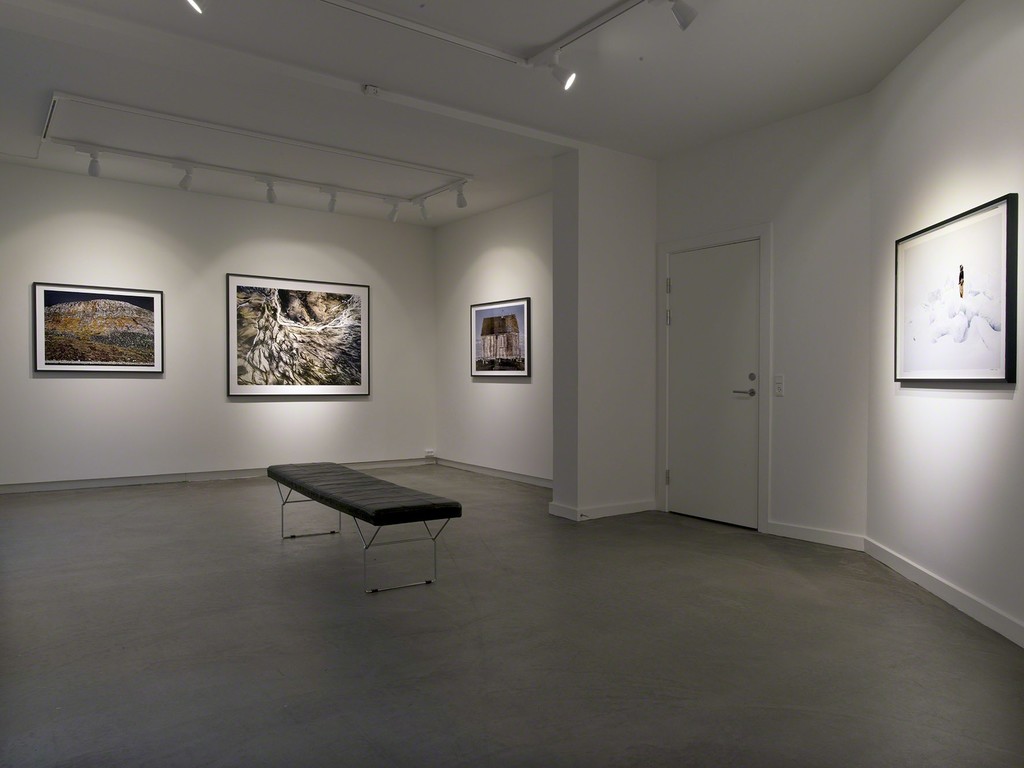 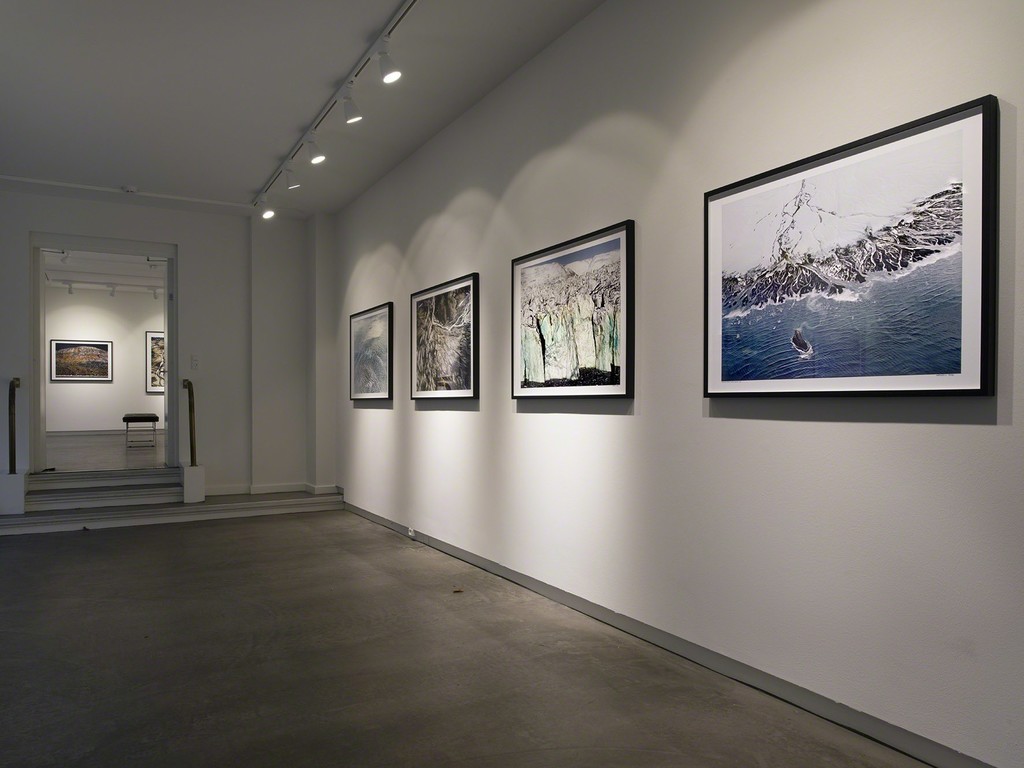 For the past three winters, acclaimed Danish photographer, Henrik Saxgren, has made the grueling trip to one of the northernmost societies of the world; the small settlements around the seventy-sixth latitude or Ultima Thule, as it was once referred to – the place beyond the borders of the known world.

In this perpetually frozen and treacherous but always endlessly compelling landscape, Saxgren tries to document the battle between animal and man, man and nature – and nature’s eternal battle with itself.

Through a series of dreamy aerial shots, the landscape transforms itself and becomes an abstract painting, while the lens continues to challenge and push the limitations of art photography. Humans are seen only at a distance – and only as one element among many; just like the animal is granted no moral primacy in the saxgrenian universe: One moment it is an elusive, majestic whale romping somewhere in the vastness of Baffin Bay; the next it is intestines and steaming chunks of flesh neatly arranged in the crimson snow of the shore. That’s simply life, the camera tells us.

There are no pointed fingers in Saxgren’s documentary, no paternalistic rants against uncontainable climate changes, the amoral aspect of whaling or the consequences of colonialism. Saxgren only observes. With the eye that is his lens; the hyaline gaze that has become his trademark.

Henrik Saxgren puts it this way:

“For several years I tried to pin a genre to my photography – but I never succeeded in coming up with a definition that fully contains it. Now I’ve somewhat given up, because when all layers have been peeled away, only one thing remains: My photographs are basically a representation of how I see the world. The image justifies itself.”

About the artist:
Henrik Saxgren (b. 1953, Randers) is a Danish photographer.

In an esthetically straightforward and minutely narrated imagery, Saxgren conveys heartbreaking human truths and destinies, castigating the individual behind the historic landmarks in recent history.

In 1979 Saxgren was a founding member of ‘2Maj’ – a group of socially motivated documentarians – and from 1985 to 91 he served as photo editor for the magazine Press. After extensive travels in Central America in 2000, Saxgren published his book of photography, “Solomon’s House”, which explored a post-revolutionary Nicaragua.

At this point in his career, Saxgren’s artistic style drastically shifted towards arranged compositions in color after an extensive career in black and white. The first book published after this stylistic change was ‘War and love – immigration of the North’ (2006); a portrayal of the life of immigrants in Scandinavia. In 2009 he published the book ‘Unintended Sculptures’, where nature and culture coexist in grandiose passages. Most recently Saxgren published the book ‘Bus from Baghdad’, in which he follows 46 Copenhagen bus drivers with different ethnic backgrounds.

Henrik Saxgren was a part of the project ‘Denmark in Transition’ (2008-09), which includes the book ‘From where we stand 1-3’ (2010). He has exhibited widely in Denmark and abroad e.g. AroS Museum of Modern Art, The National Museum of Photography, Skagen Museum, Noorderlight Photography Gallery in the Netherlands and Paris Photo.