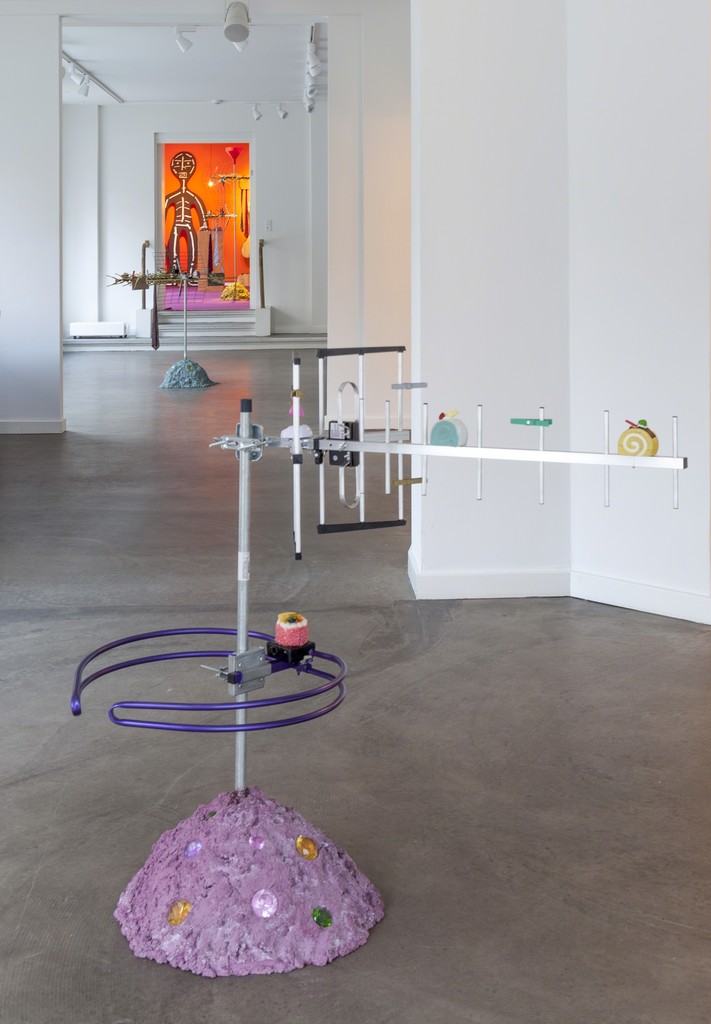 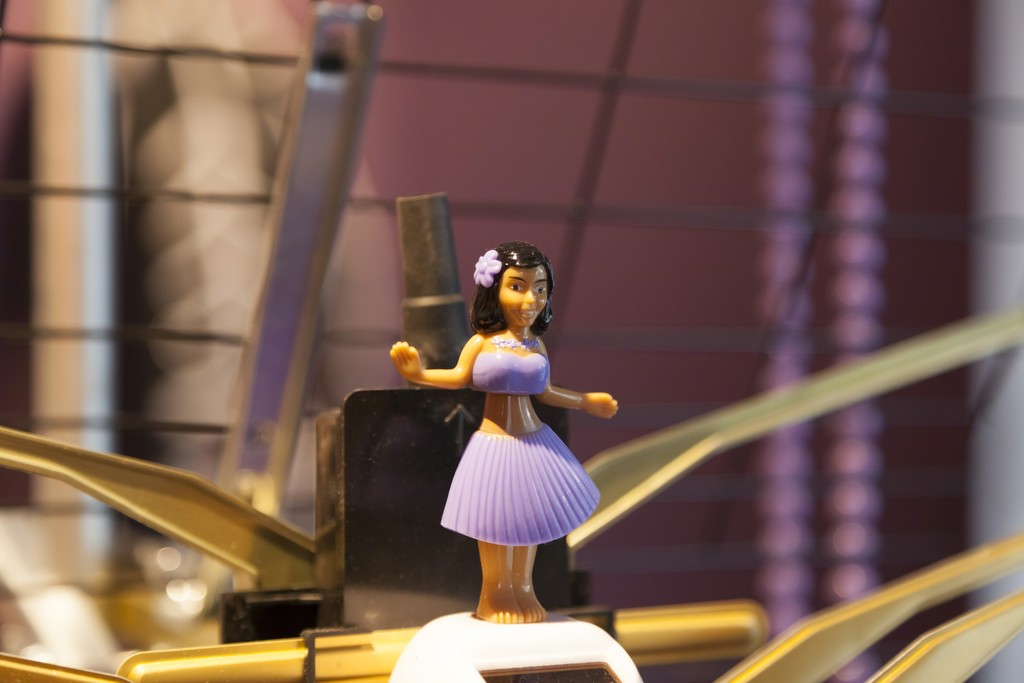 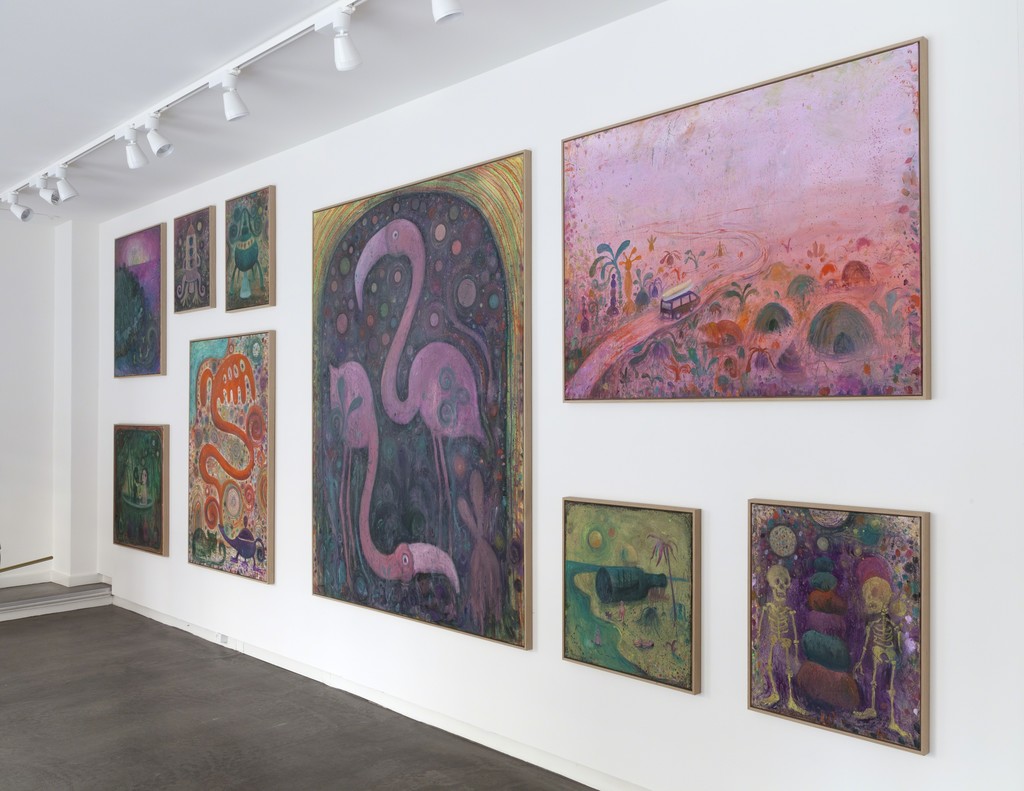 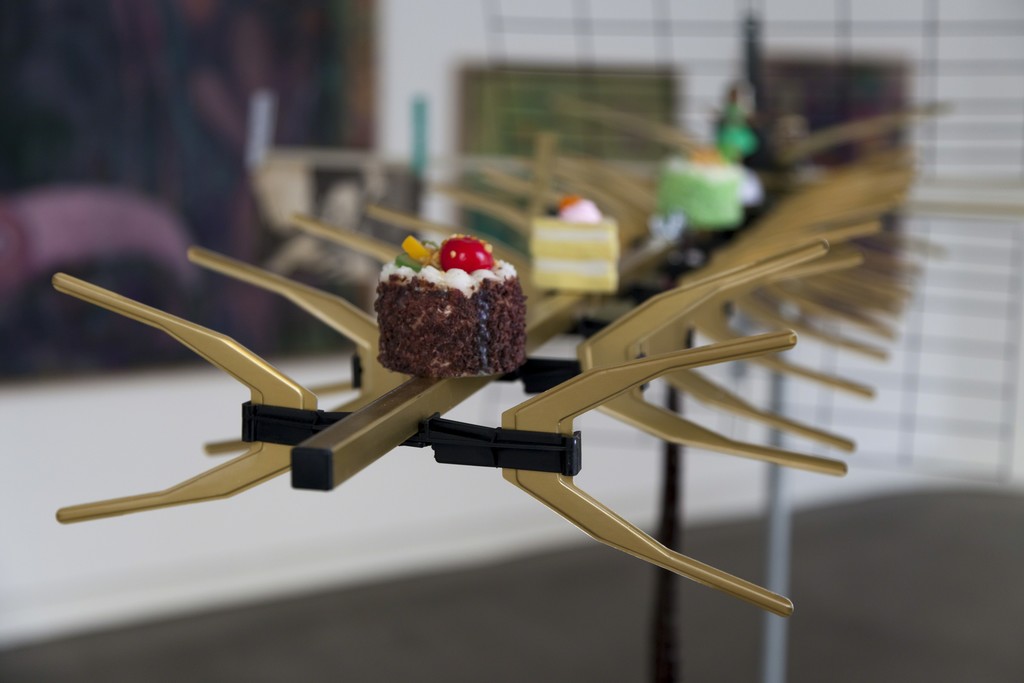 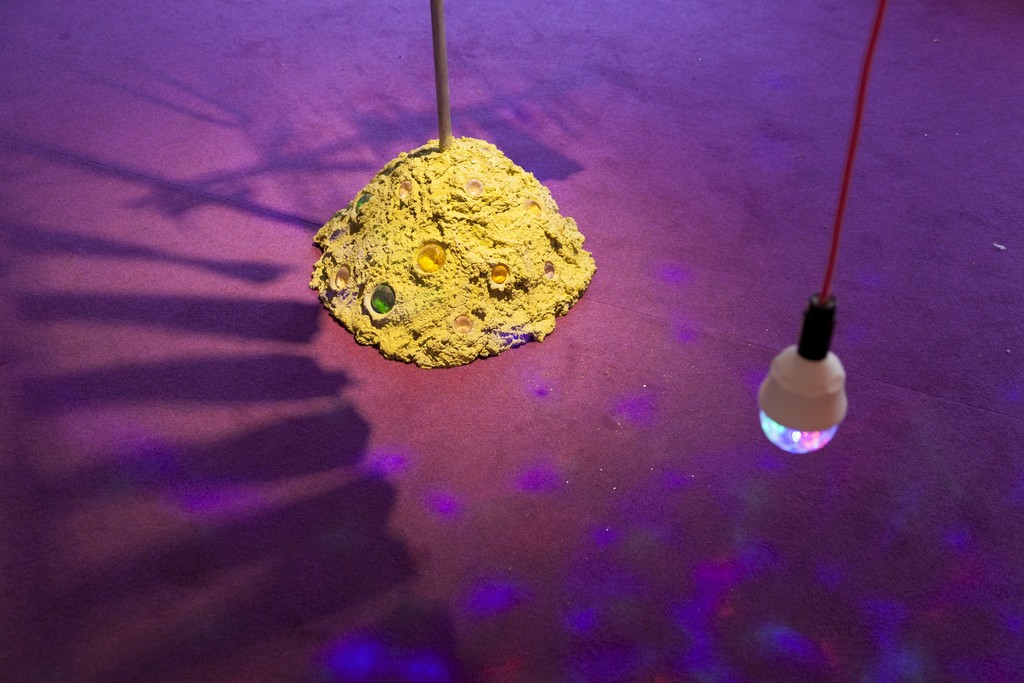 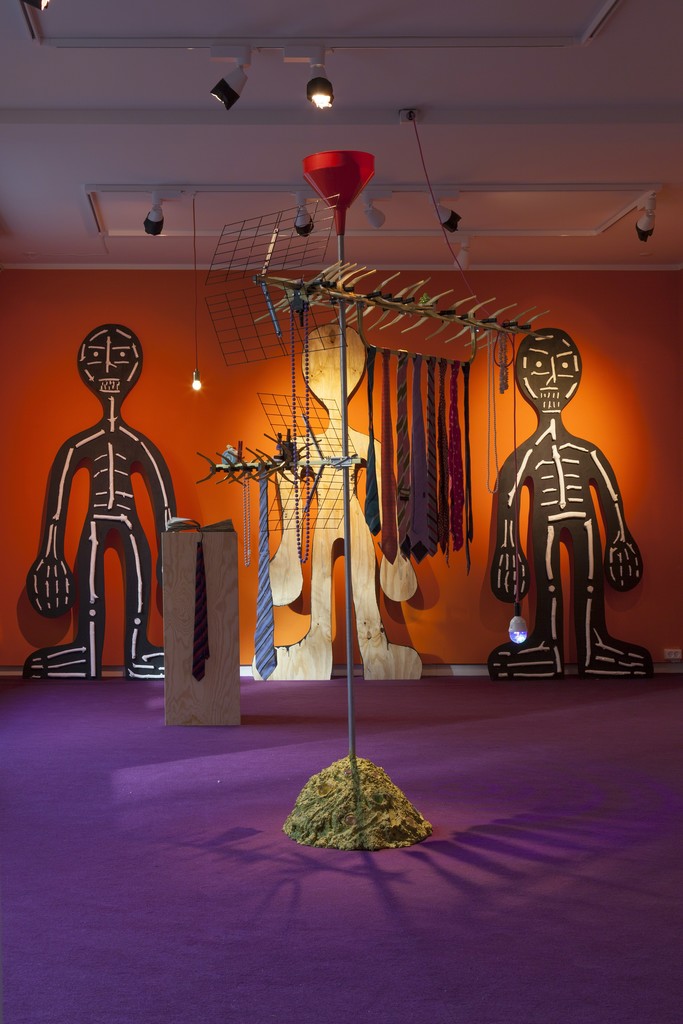 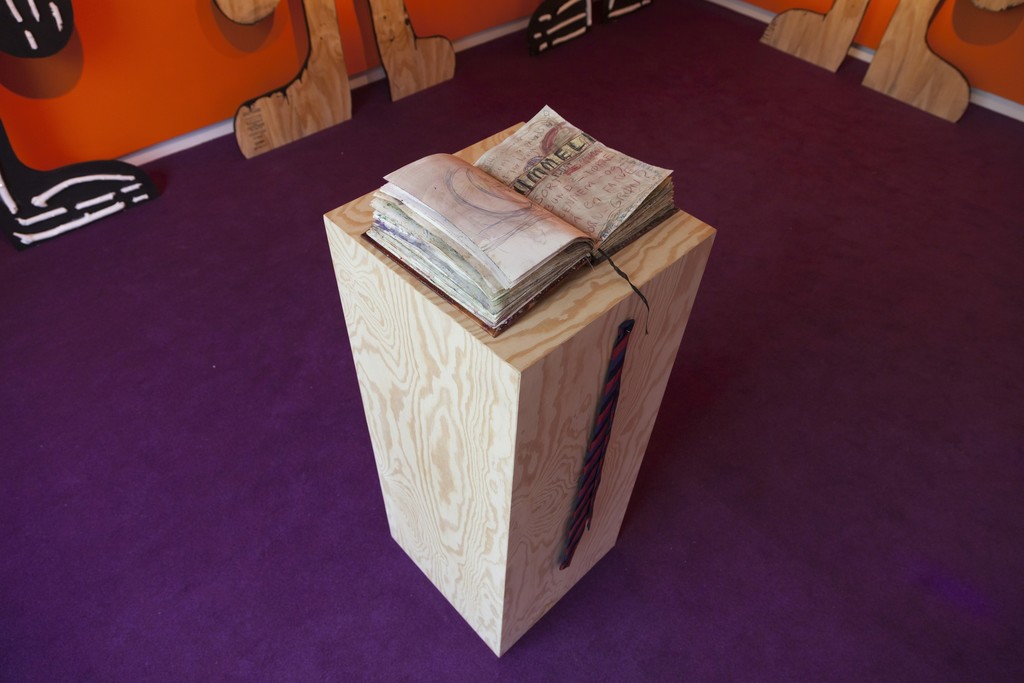 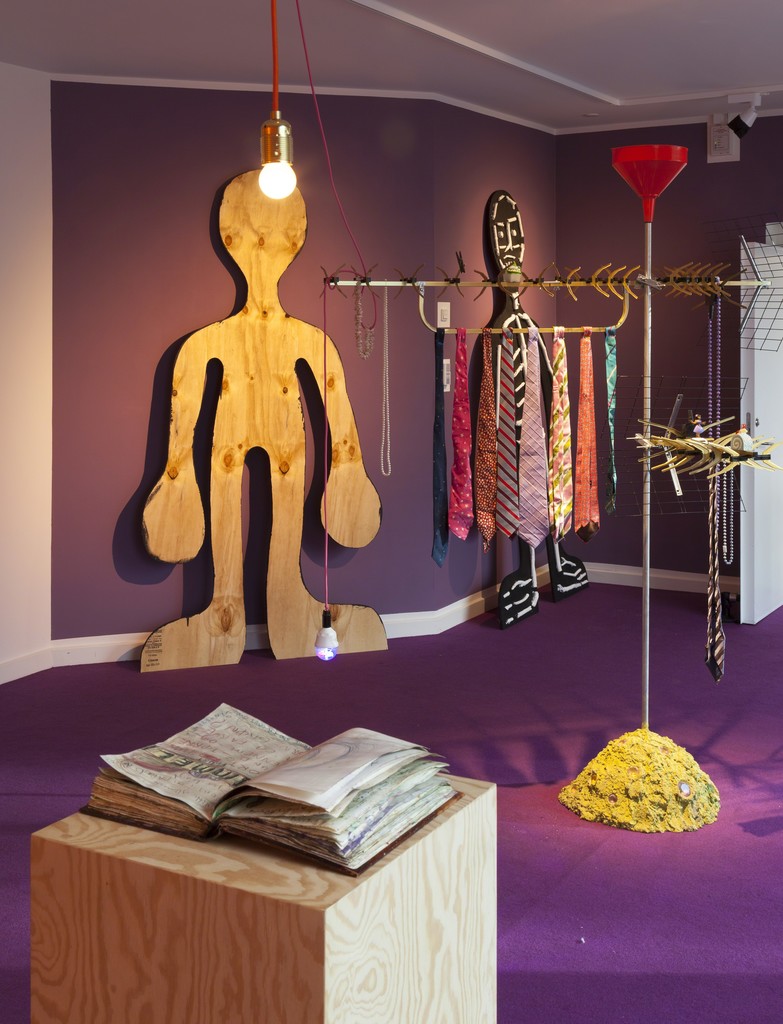 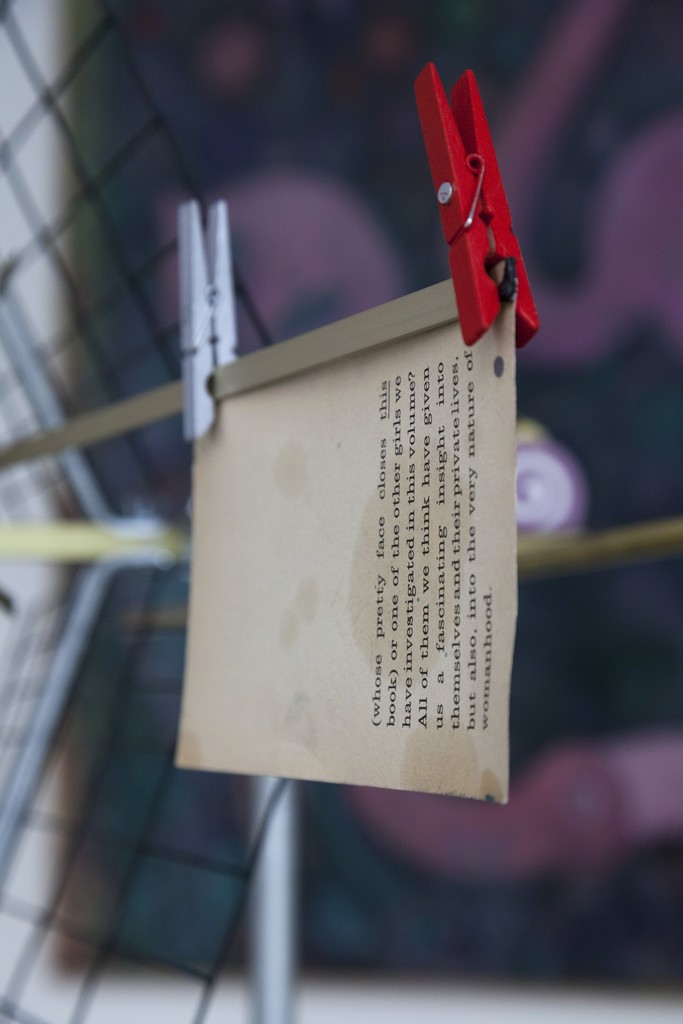 Ever since he first appeared on the Danish art scene in the mid-naughts, Anders Brinch has earned a reputation for being both artistically wayward and rather uncompromising in his work: He marches to the beat of his own drum, and the universe he evokes on canvas, in ceramic figures and cinematic sequences or through installations, resembles that of no one else. This strange, quasi-psychedelic primordial soup, where aliens, dinosaurs, drunkards and hula girls alike wobble through blurry Teletubbies landscapes, while the entire spectrum of colour explodes around them, is so personal, so eclectic, so unmistakably Brinch.

"Cosmic Machine" is the result of Anders Brinch’s latest excursions into the world, he has created in his own image. Through a series of poetic and offbeat “short stories” that take the form of oil paintings, we are escorted into the galaxy of Brinch’s painterly visions that culminate in an eccentric, Mexican underworld, from where sculptural islands branch out into space.

As is so often the case with Brinch, the works in “Cosmic Machine” present no prefabricated narratives or meaning, but are rather to be understood as visions of the subconscious conveyed through the painting process itself.

As a metatextual ribbon around the show, Anders Brinch’s personal diary of ideas and sketches, which includes a processual overview of the genesis of the show through drawings, collages and notes, will also be on display. More than anything, this provides a precious insight into the tortuous mind of the artist. And as such, the restless scribblings of the diary in an exemplary fashion incapsulate the essence that Anders Brinch initially set out to identify: man’s continuous, hopeful, and ultimately hopeless quest for meaning in the great cosmic machine.

Cosmic Machine opens on Friday January 19, and will be on display until February 22. Everybody is invited.