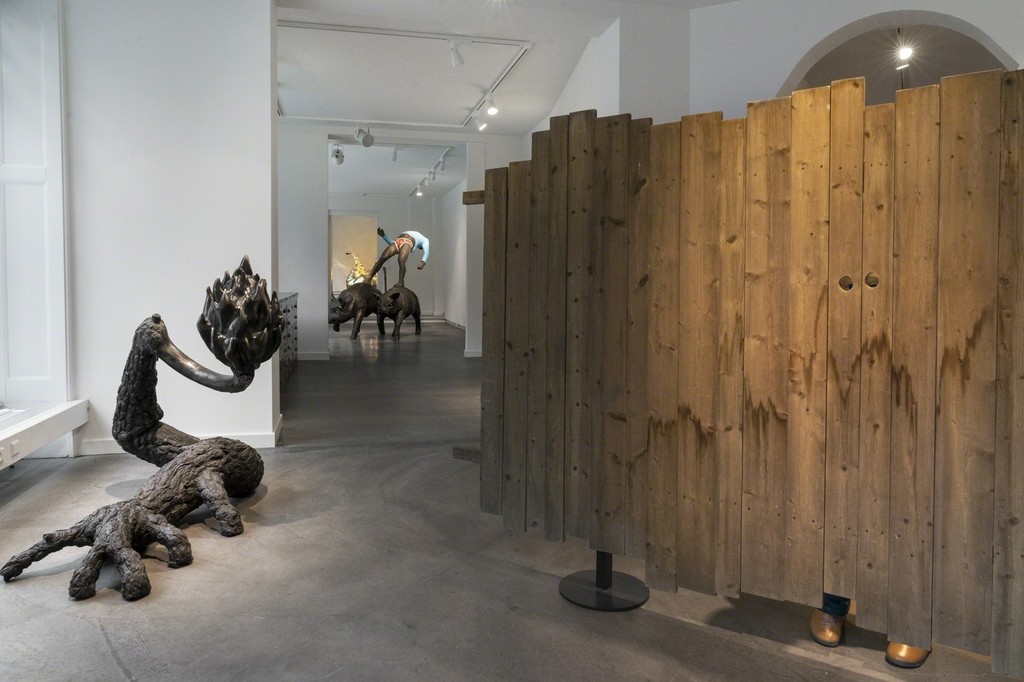 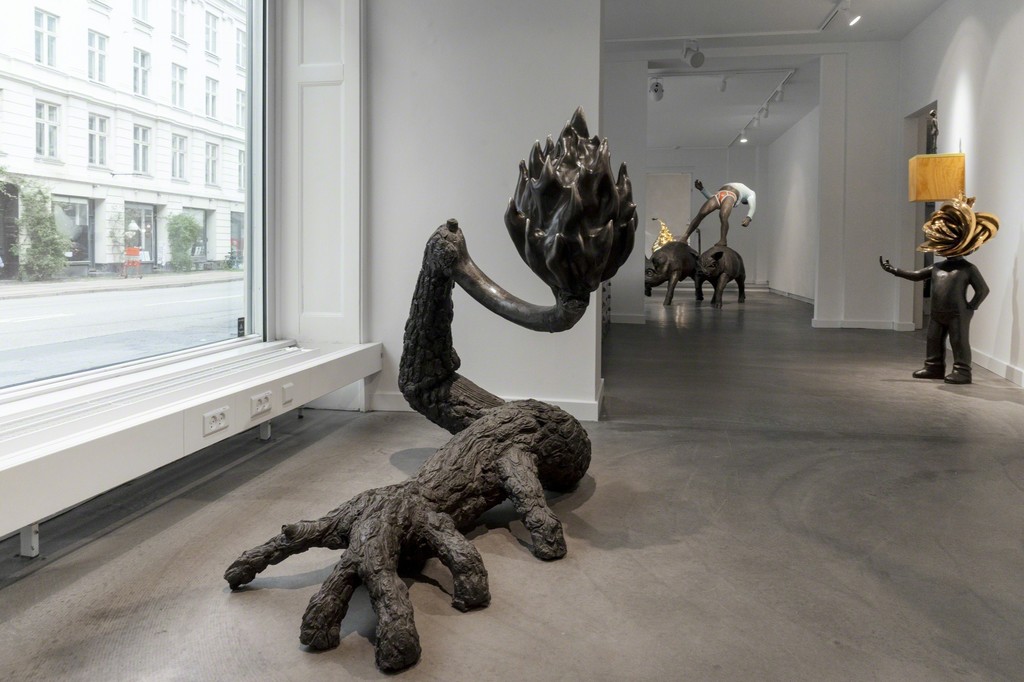 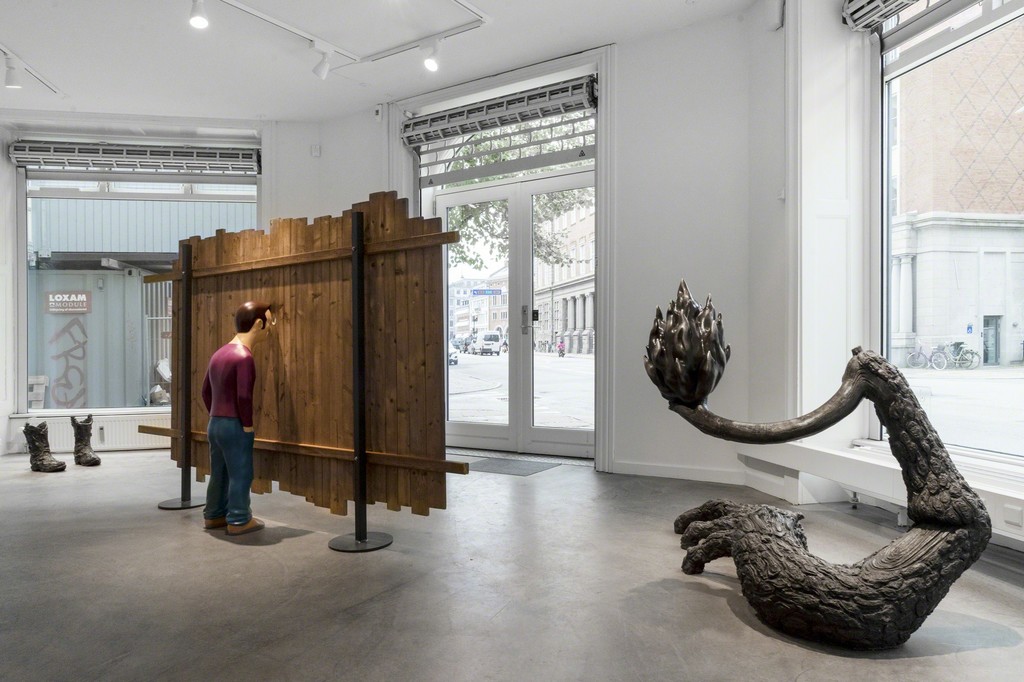 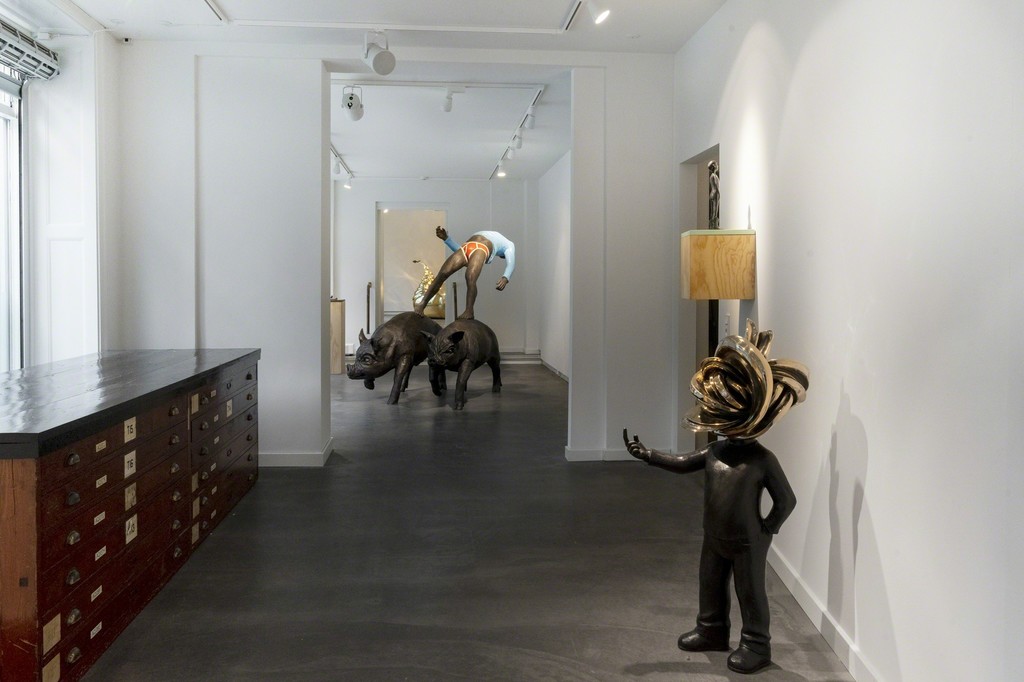 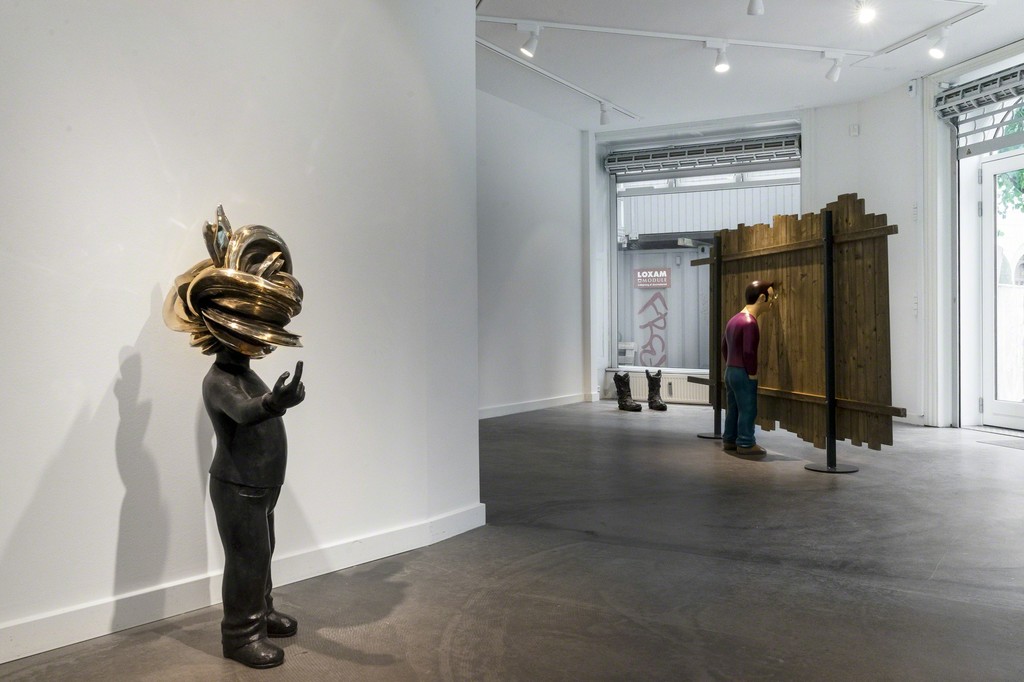 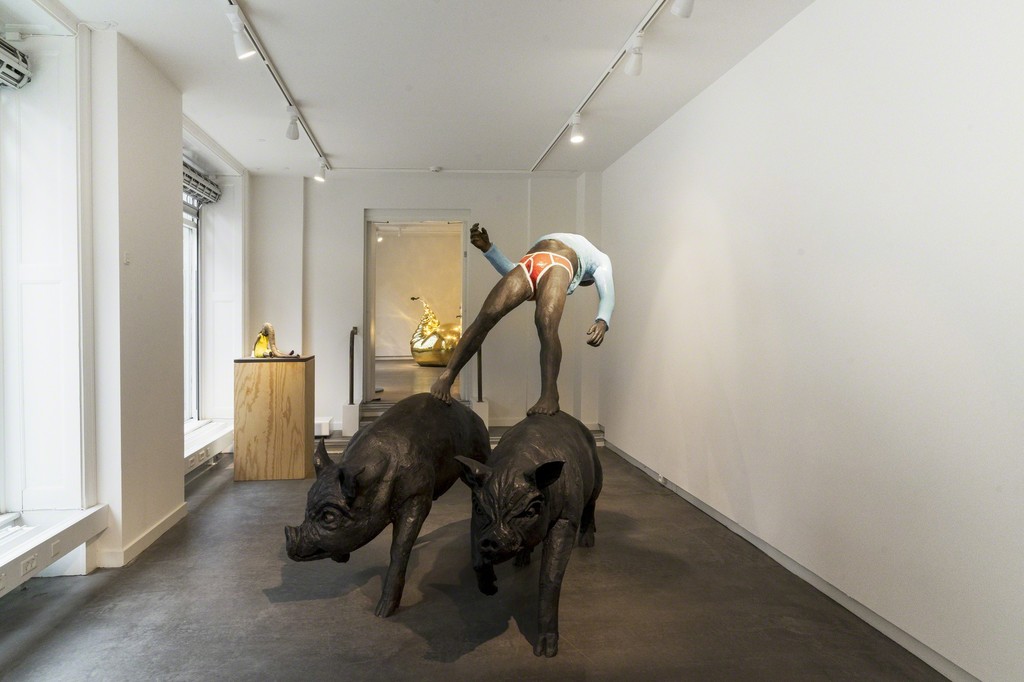 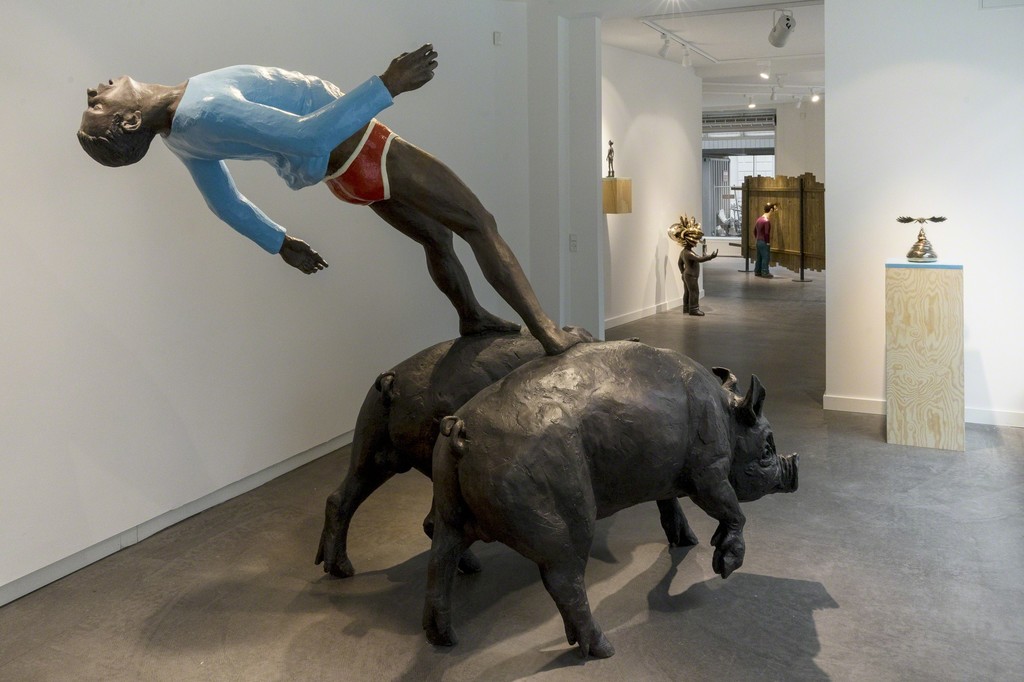 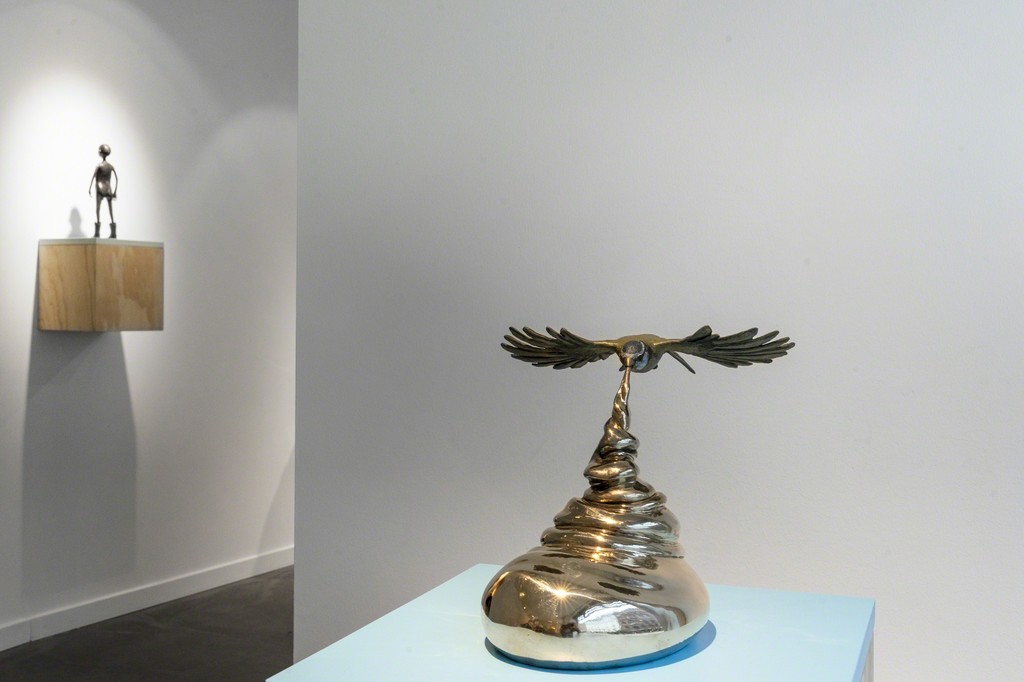 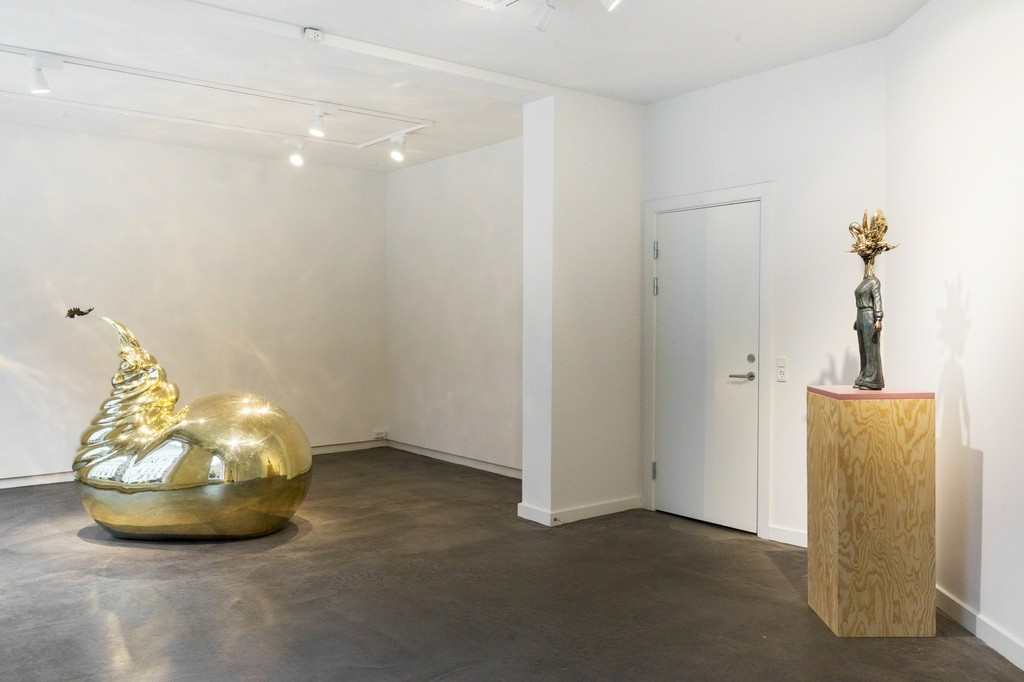 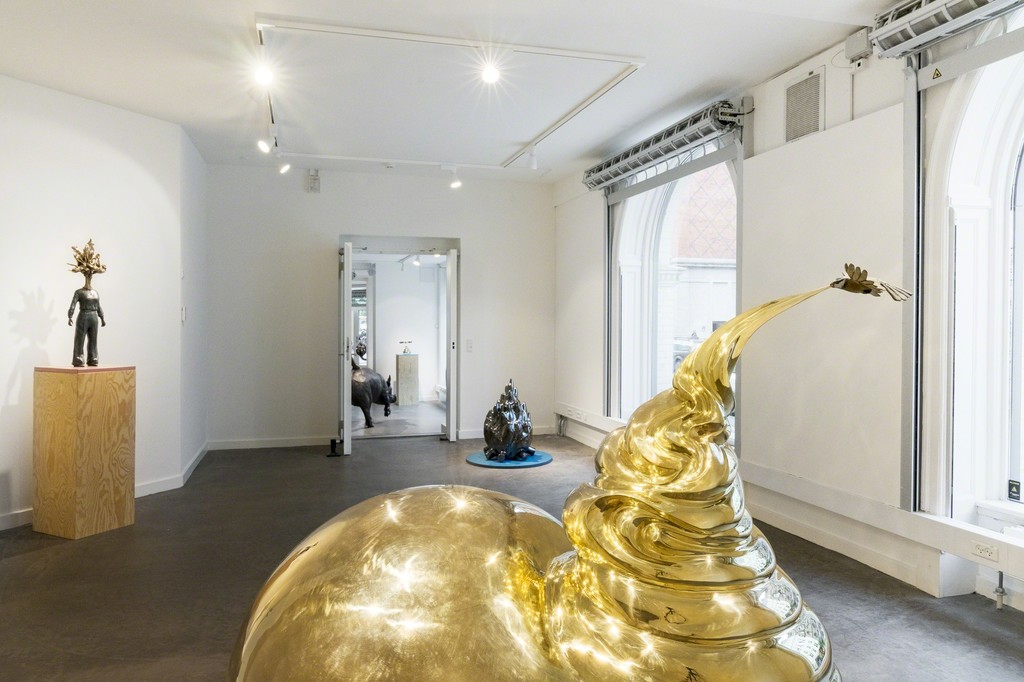 The Norwegian word “bortenfor” refers to the intangible; that which is beyond our reach or comprehension. In the context of Raddum's new exhibition, "bortenfor" serves as a mission statement: This time around, and quite contrary to his usual approach, Raddum has decided to let chaos and chance rule in an effort to free himself and his artworks of the inevitable habits and rutines established through years of artistic practice. It is a question of moving beyond borders and frameworks in order to explore the unknown.

According to Raddum himself, the process of making "Bortenfor" has been characterized by "an open approximation without a framework or a certain theme that limits or hinders". This state of proverbial creative "boundlessness" acts as both a point of departure and a common thread throughout the show and its works.

Fredrik Raddum's search for "that which is beyond" also explains the exhibition's subtitle "Outside the Verge of Liminal Spaces".

In anthropology and in literature, a liminal space is "a blurry boundary zone between two established and clear spatial areas". It is this uneasy, undefinable state that the artist wishes to explore: Whether it be a man trying to focus on one thing, while his head is a whirlwind of thoughts; the disillusioned girl whose face is a blind trunk and whose hands are pacified in bundles; or the boy frozen mid-tumble, while reality (personified as two wild boars) stagger on beneath his feet - they are all seen in a state of transition, caught in liminal spaces.

The art is moving beyond.

BORTENFOR opens Friday September 14, 17-20, at Hans Alf Gallery and will be on view until October 20.