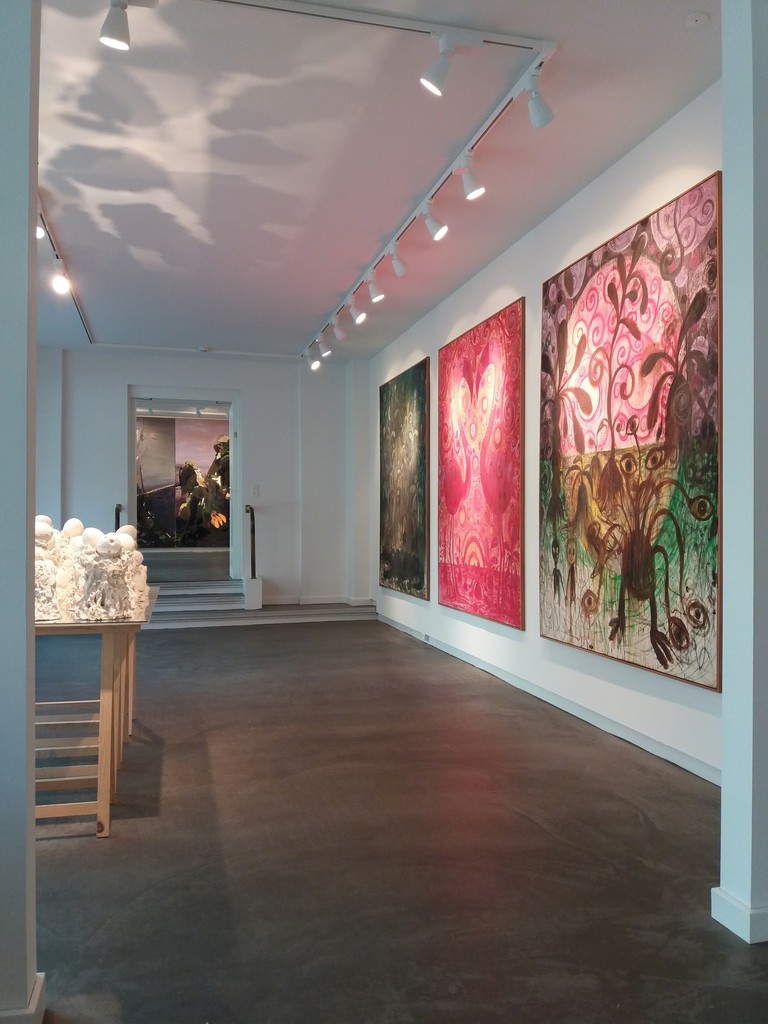 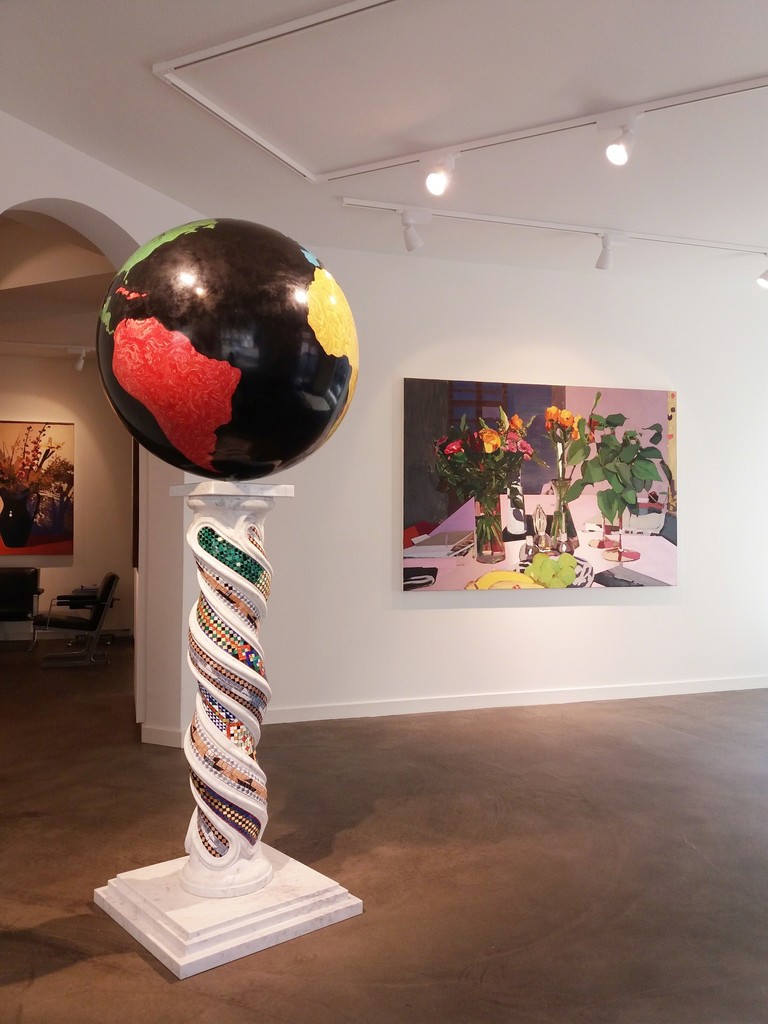 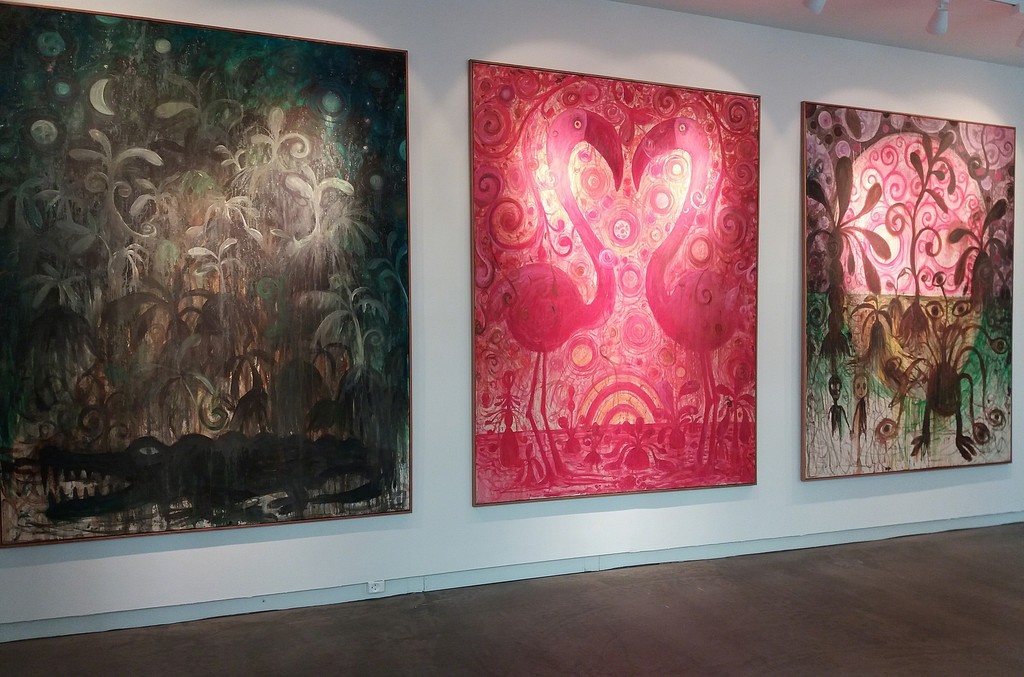 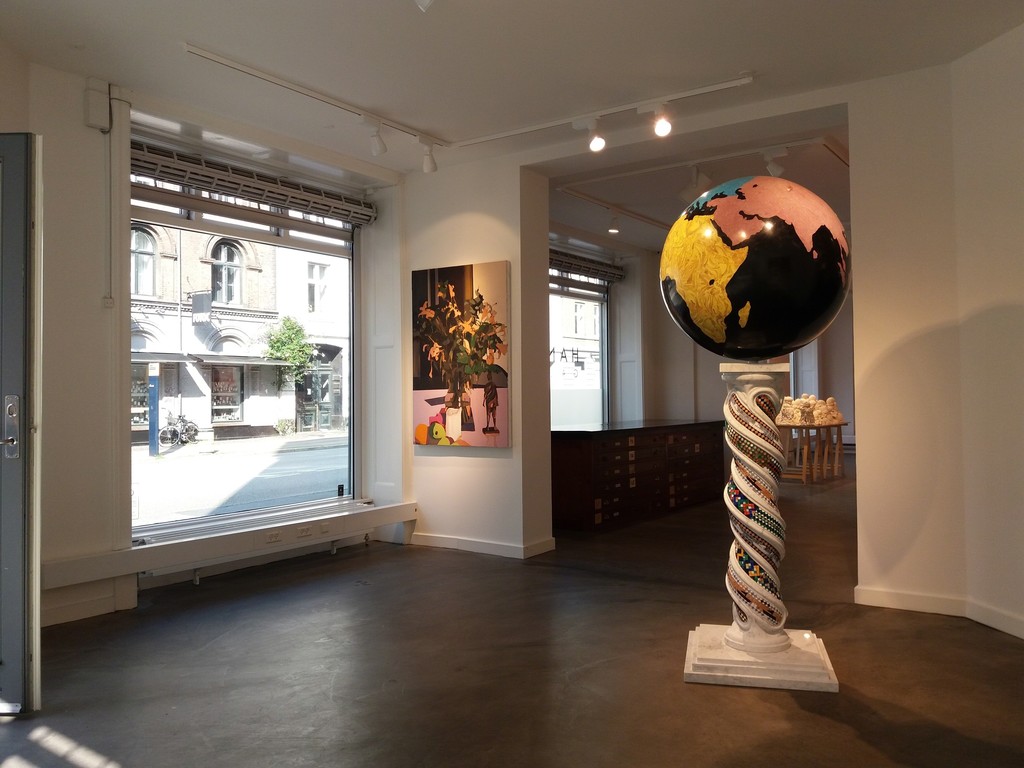 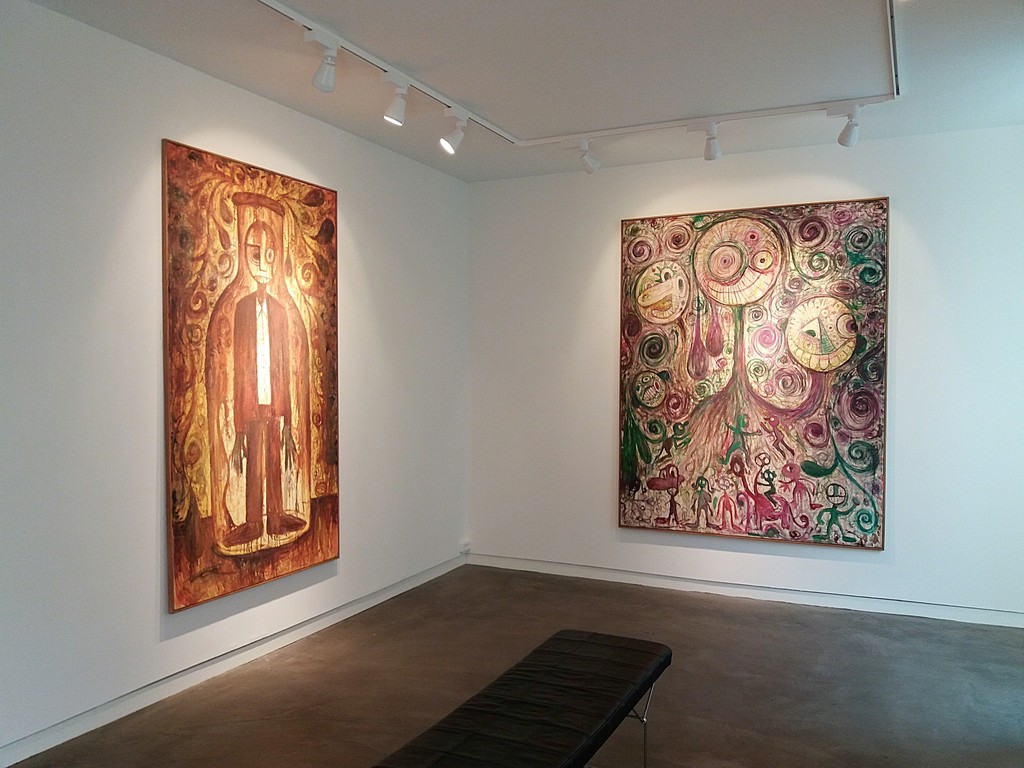 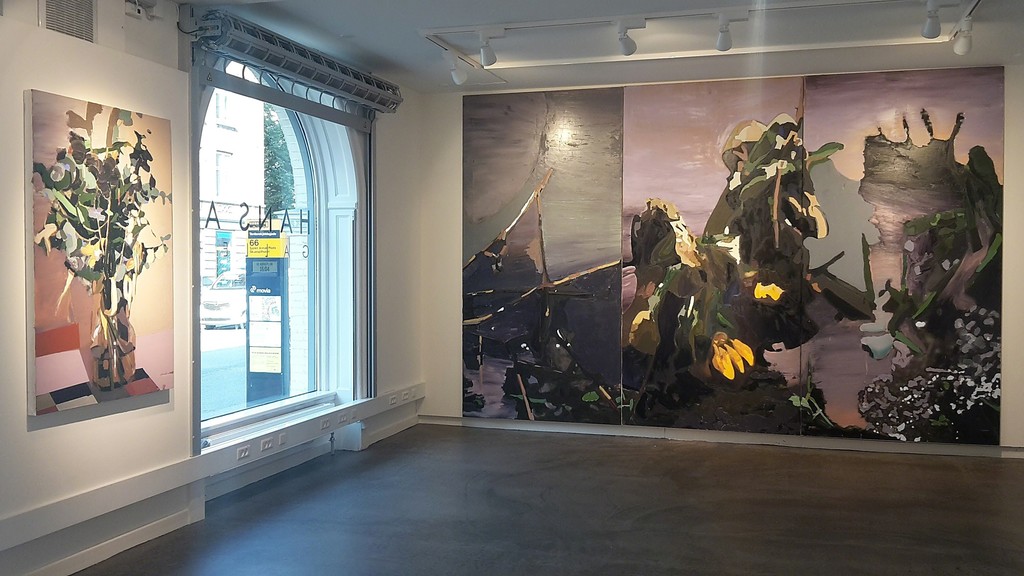 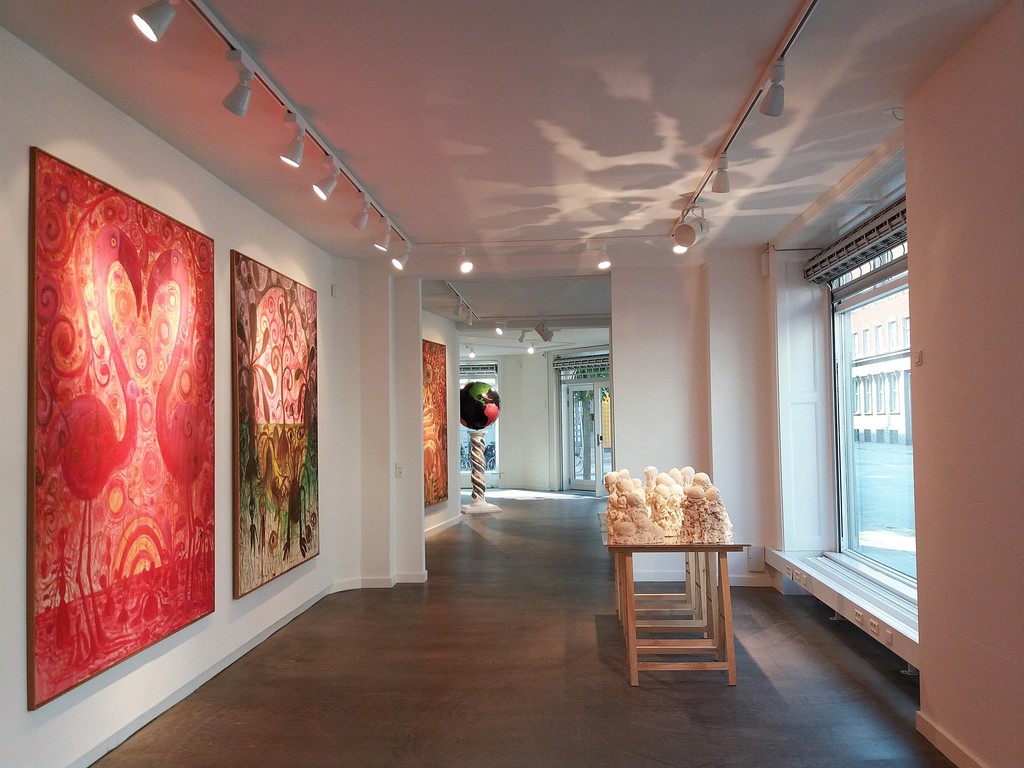 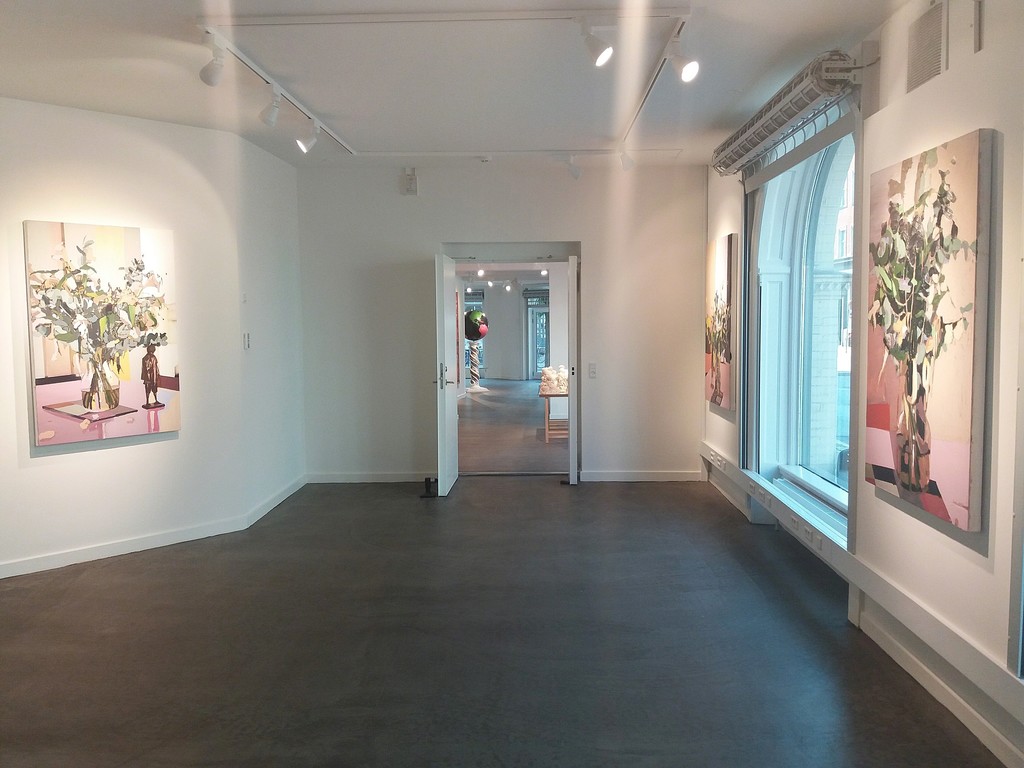 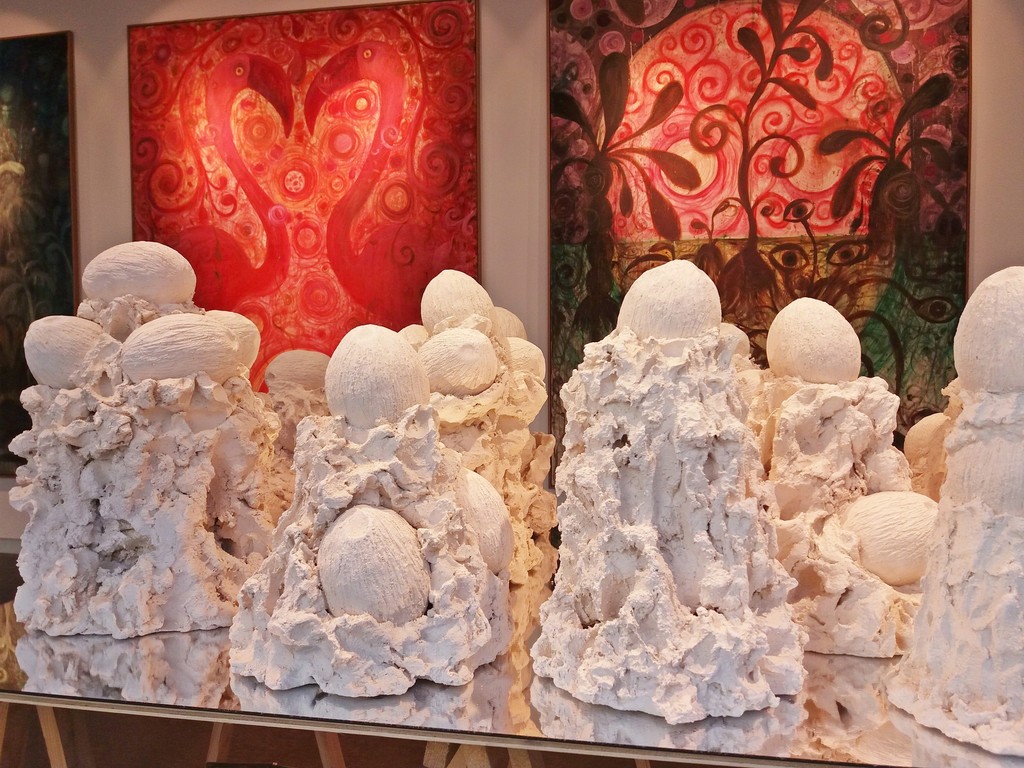 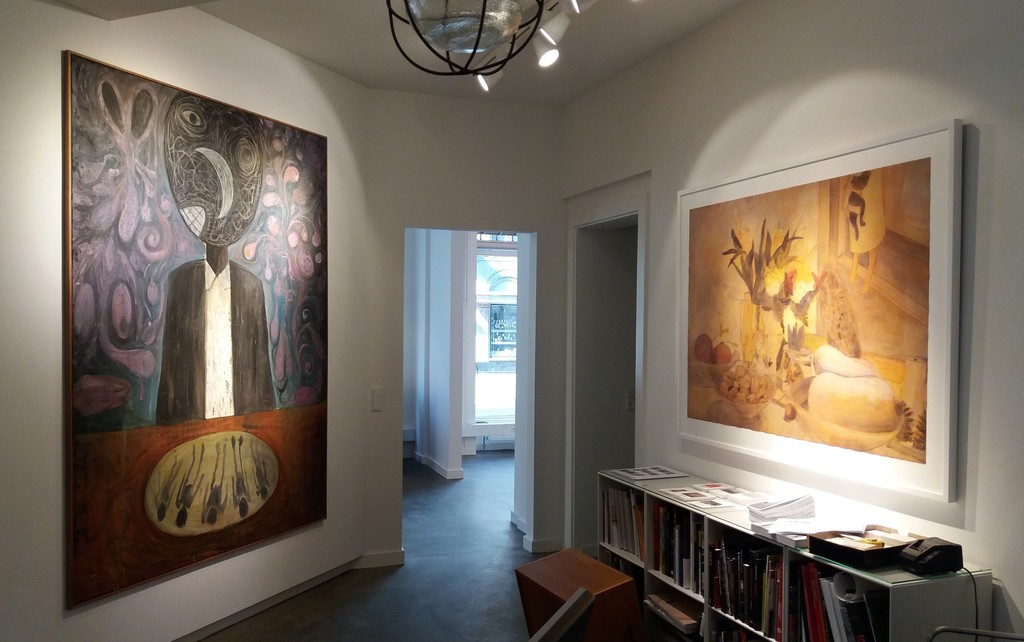 In the duo exhibition, ”Other Rooms, Louder Noises”, Erik A. Frandsen and Anders Brinch - two contemporary, figurative painters with very different approaches to both style, technique and subject matter - are welded together in a seemingly incongruous collaboration.

Anders Brinch explores the dystopian aspects of life through a highly symbolic language that reveals a disturbing yet fascinating outlook on nature with man and animal as the central and at times mythical creatures.

In contrast to the fable-like nowhere land of Brinch’s tropicalism, Erik A. Frandsen embraces the mundane and familiar, as floral compositions and everyday-objects from the living room are distorted, emphasized, hidden or recolored to create a new meaning, a new figurative dimension, where depictions are representations – ideas of objects – rather than the actual objects themselves.

In “Other Rooms, Louder Noises”, each artists’ defining attributes are highlighted in the presence of the other, and the individual works take on roles as soft-glowing counterpoints in an intimate painter’s tête-à-tête.

The works in the “Other Rooms, Louder Noises” are taken from two separate museum exhibitions: “Diamond Souls” by Anders Brinch, which was on display at KIKshh in Roskilde in May 2016; and “The Siege Of…” by Erik A. Frandsen, which ran at Himmerlands Kunstmuseum from late April until early September 2016 in Aars.