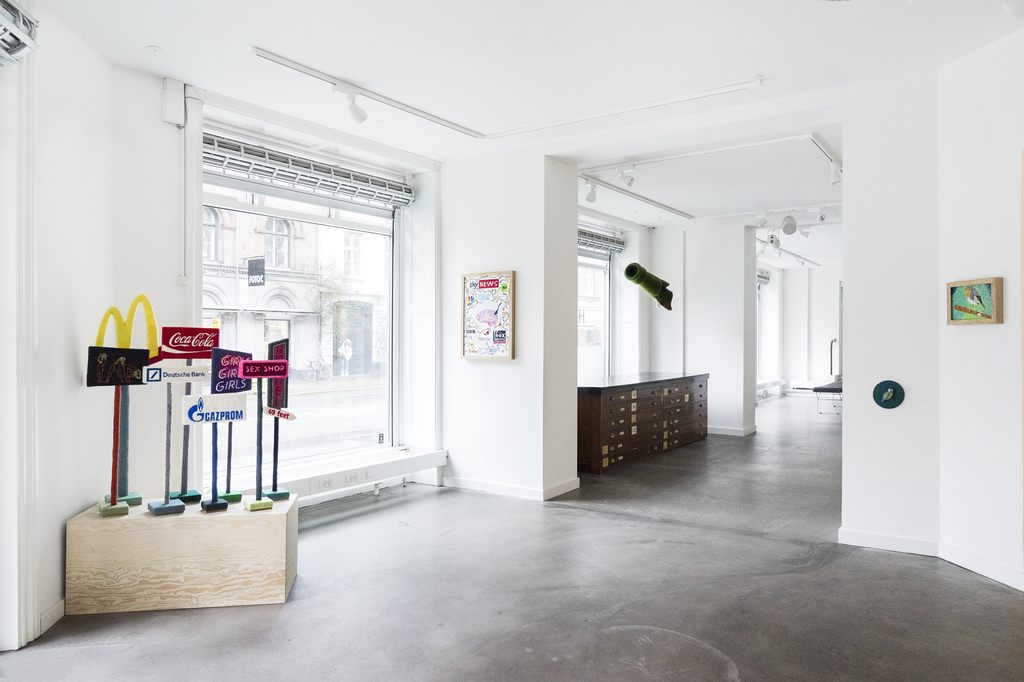 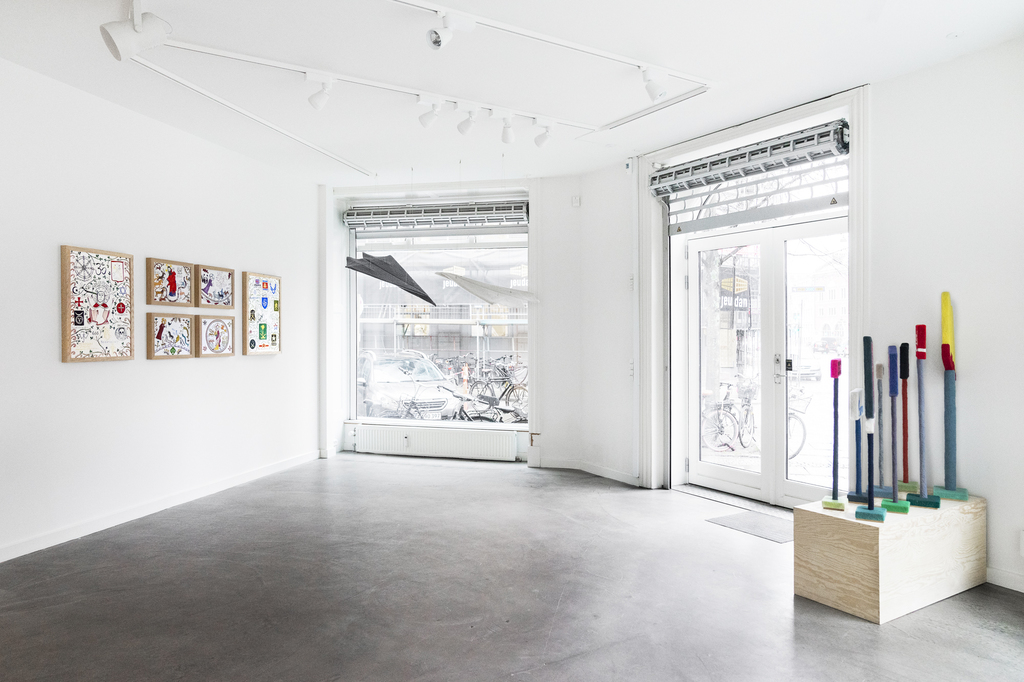 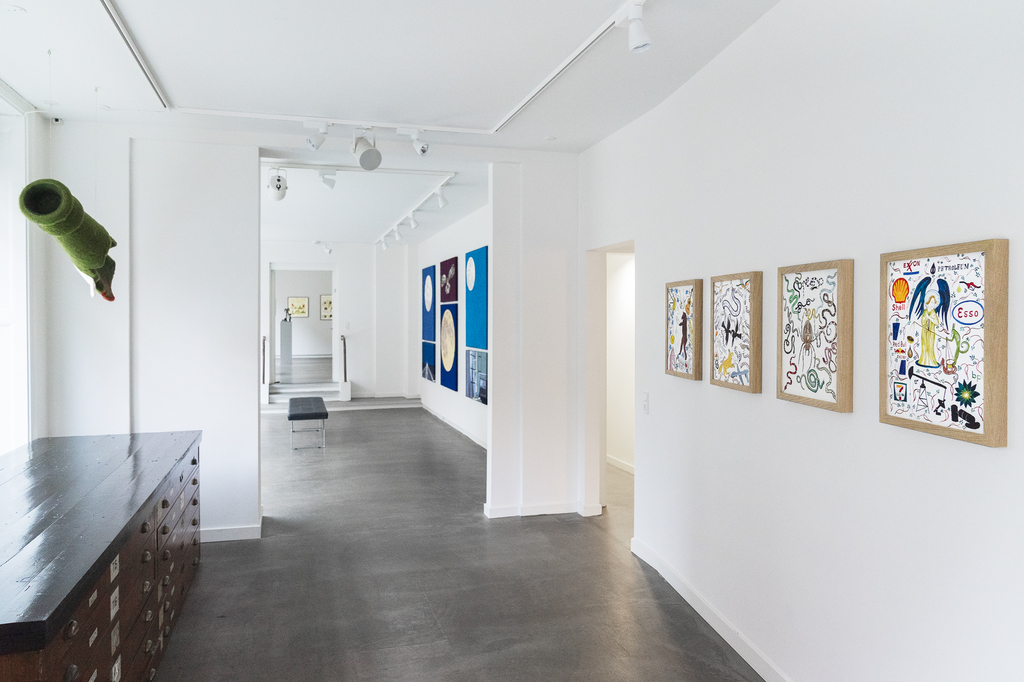 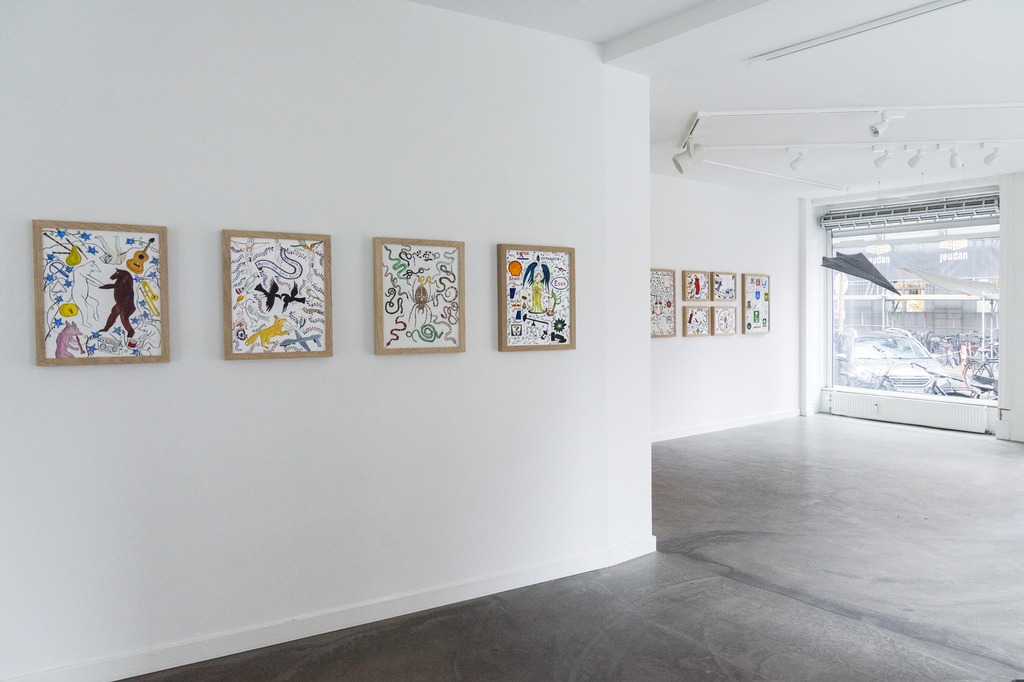 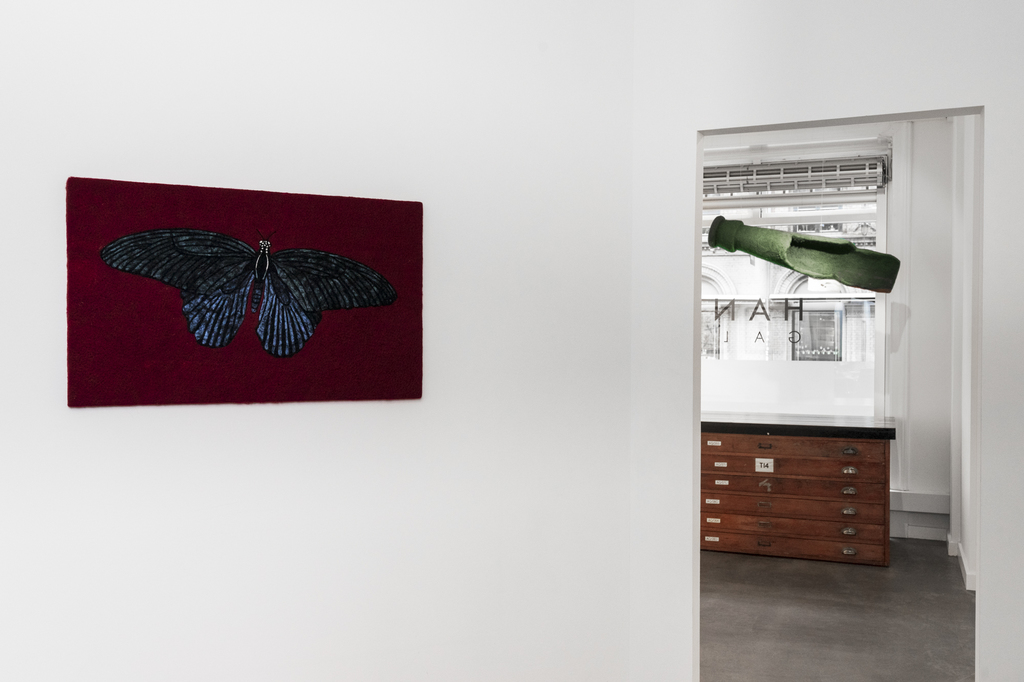 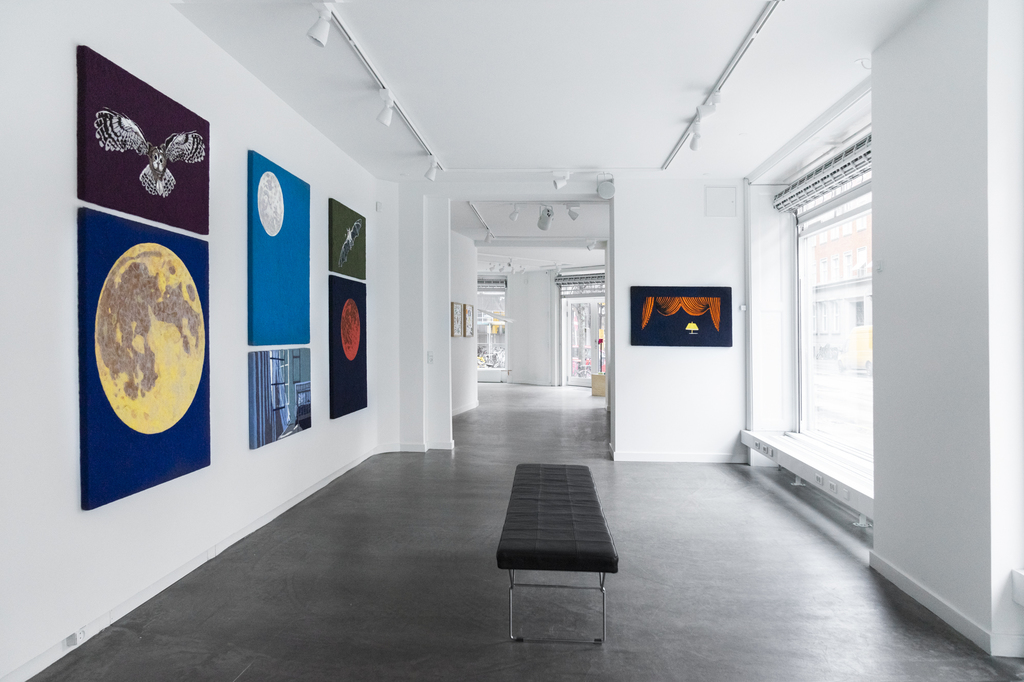 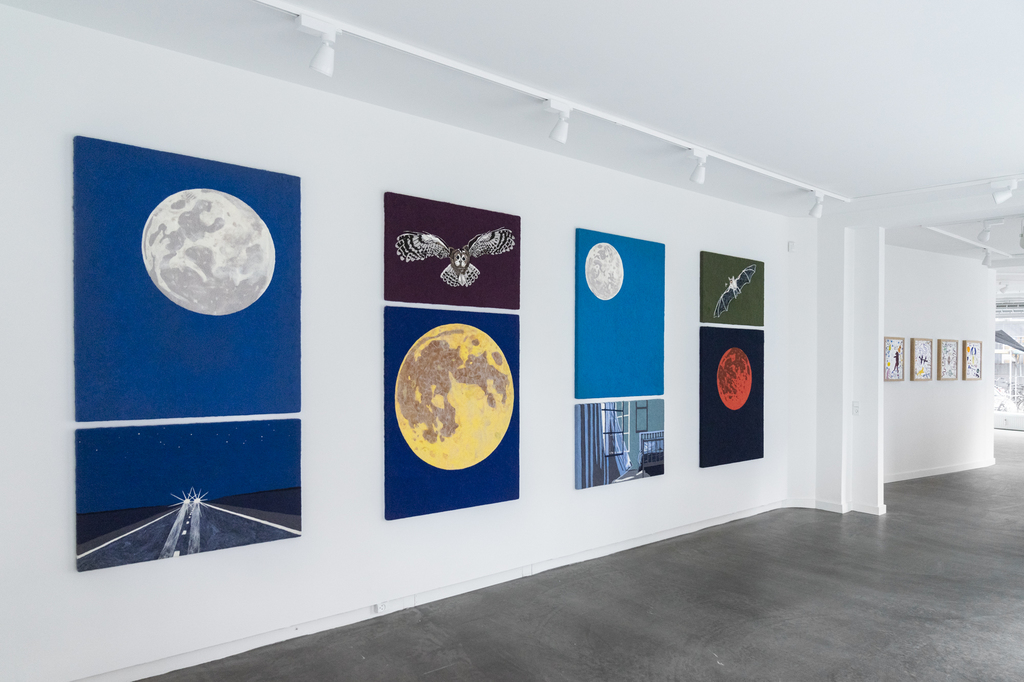 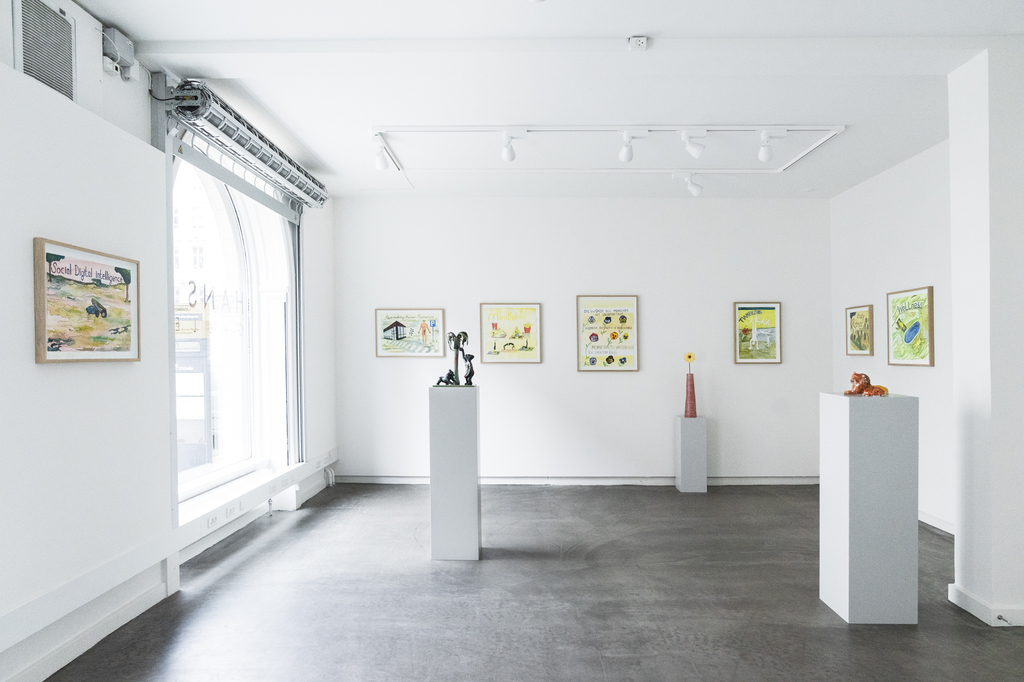 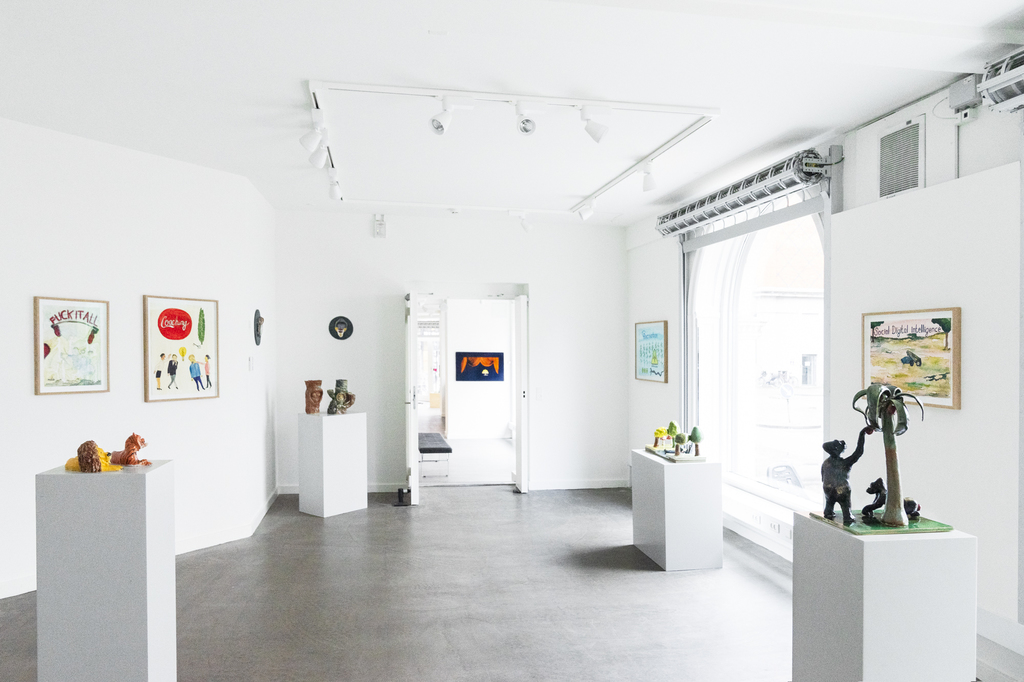 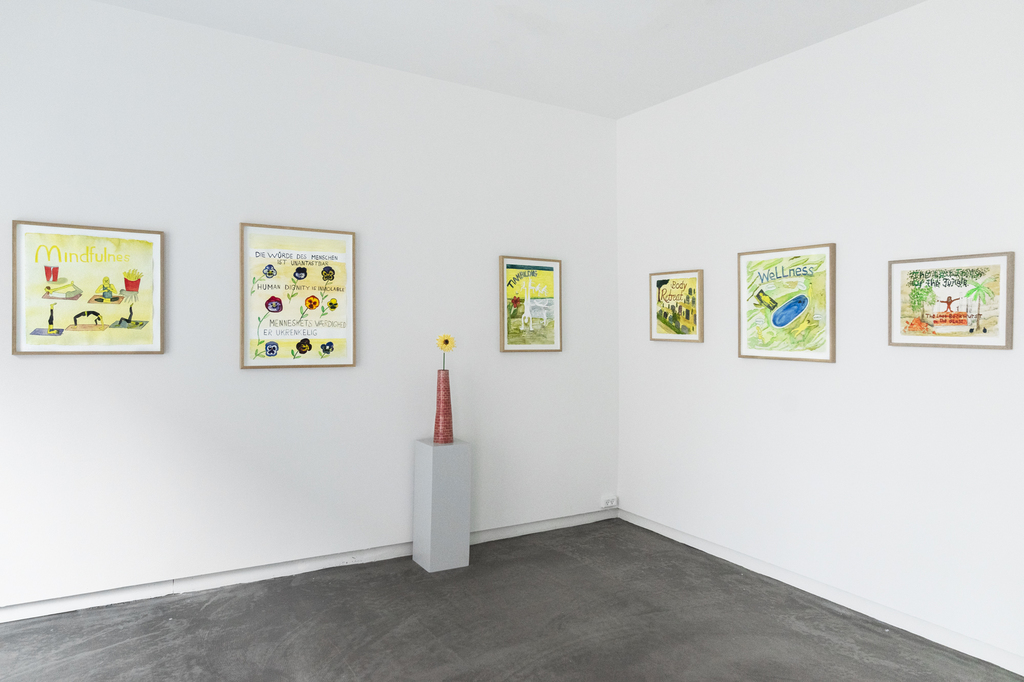 On Friday January 31, we celebrate the opening of Andreas Schulenburg's new show "Whistleblow". The exhibition is the German artist's first with Hans Alf Gallery since joining the stable in 2019.

A whistle is an instrument that produces sound from the flow of gas; often air. The word whistleblow refers to the act of blowing a whistle. It can be either an intransitive verb as in "you would expect someone in the White House administration to whistleblow", or a noun as in "that was the whistleblow that toppled the regime". Etymologically the word is derived from the somewhat novel notion of a whistleblower – an insider, who discovers foul play in an organization and makes it public – and thus the word is a compound word referring directly to the specific act of whistleblowing, as opposed to the general act of blowing a whistle; a whistle blow.

In his new exhibition, Andreas Schulenburg delves into the realm of what he calls “visual words”, dissecting intrinsic layers of meaning and trying to contrast the words themselves with his own, idiosyncratic imagery. This approach of placing a word or concept in an unexpected context – something the artist calls “concept sampling” – often leads to quite absurd and humorous constellations.

Schulenburg is fascinated by new, trendy buzzwords that have flooded our vocabulary: coaching, mindfulness, teambuilding and wellness; concepts that are all somehow related to our survival as individuals in a complex and hectic world; quick-fixes to serenity and peace-of-mind; six easy steps to enlightenment. You do a little bit of yoga, meditate for a few minutes, have a sip of diet Coke and then it’s back on the proverbial hamster wheel. Schulenburg’s sampling is a way of forcing us to see the absurdity in our demeanor and, if not change our ways, then hopefully laugh at our follies.

In “Whistleblow”, Andreas Schulenburg demonstrates the full scope of his abilities, as he presents works in such diverse mediums as felt, watercolor, ceramics, mosaics and Fresco painting. The purpose of this mix is to cultivate the illogical by way of confusion and wonder, contrasting message and material, putting further emphasis on complexity and paradoxicality – two exemplary driving forces to the artist’s practice.

In each work, we are confronted by Schulenburg’s dark and twisted sense of humor; an eclectic narrative that departs with what is generally considered politically correct and instead allows us to see our society – and indeed ourselves – in a different light. Albeit undeniably political, Schulenburg is neither judgmental nor idealistic: The sole purpose of the show is to foster reflection and curiosity. The rest is up to us.

WHISTLEBLOW opens Friday January 31, 5-8 pm. Everybody is invited. The show is on view until February 29.