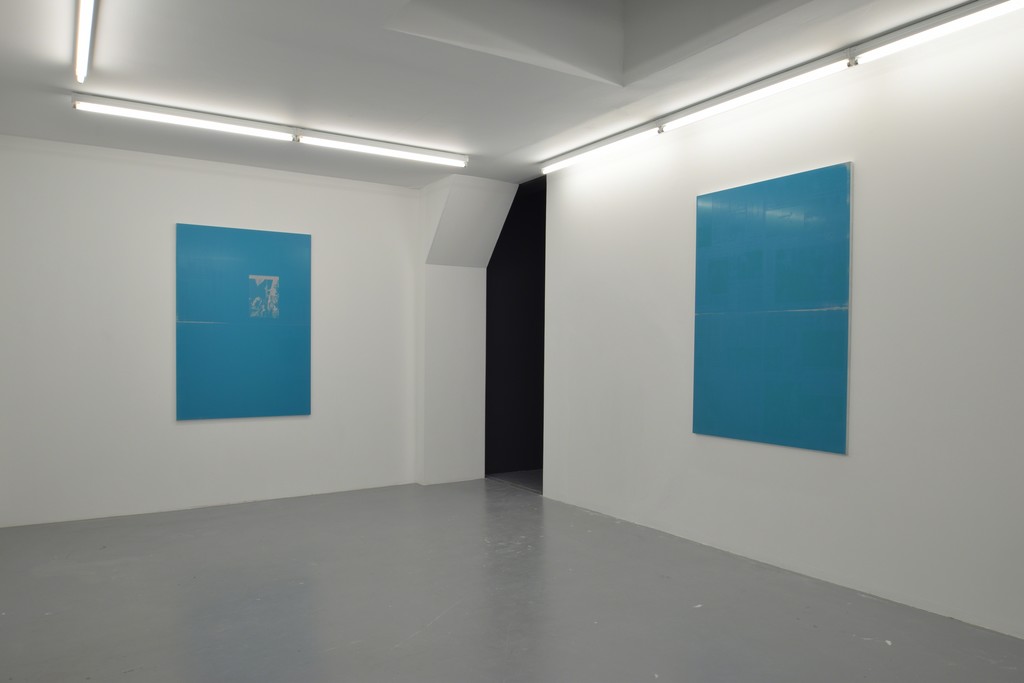 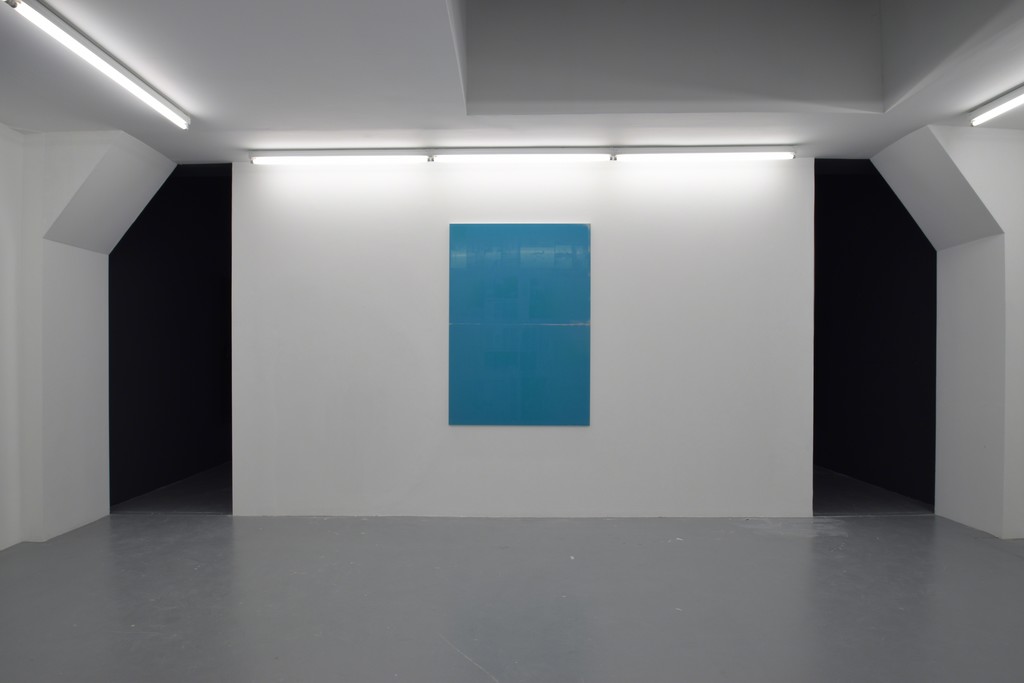 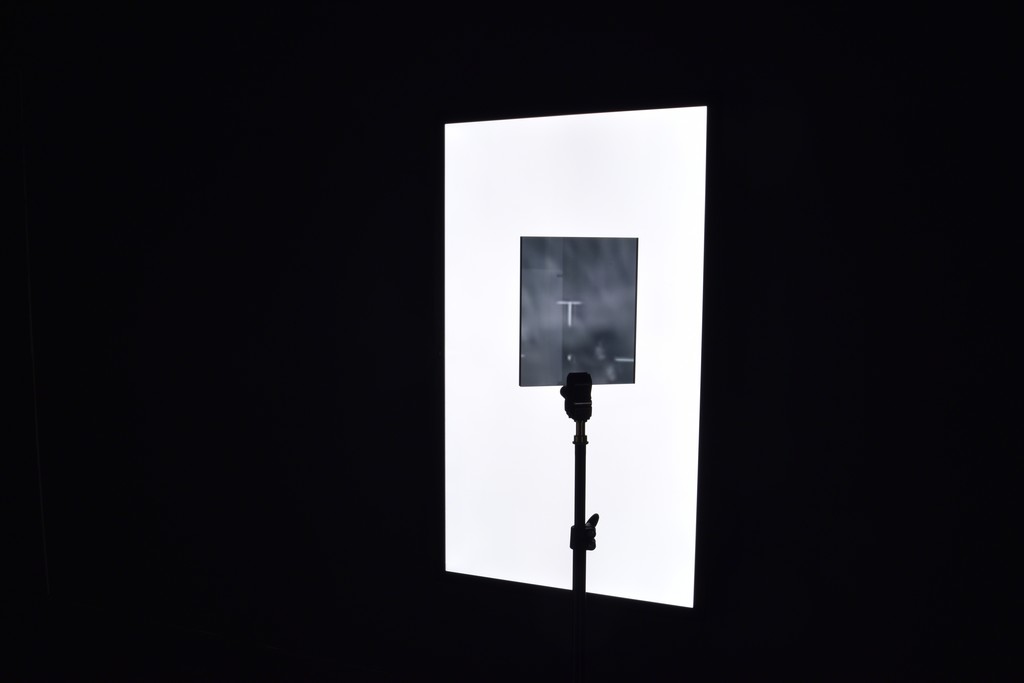 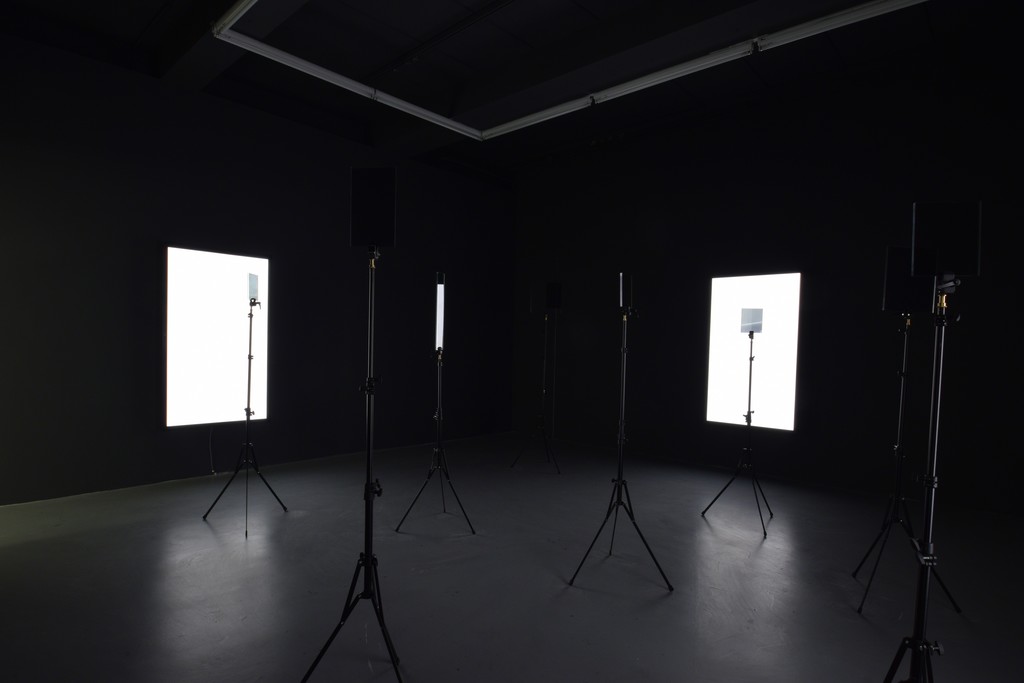 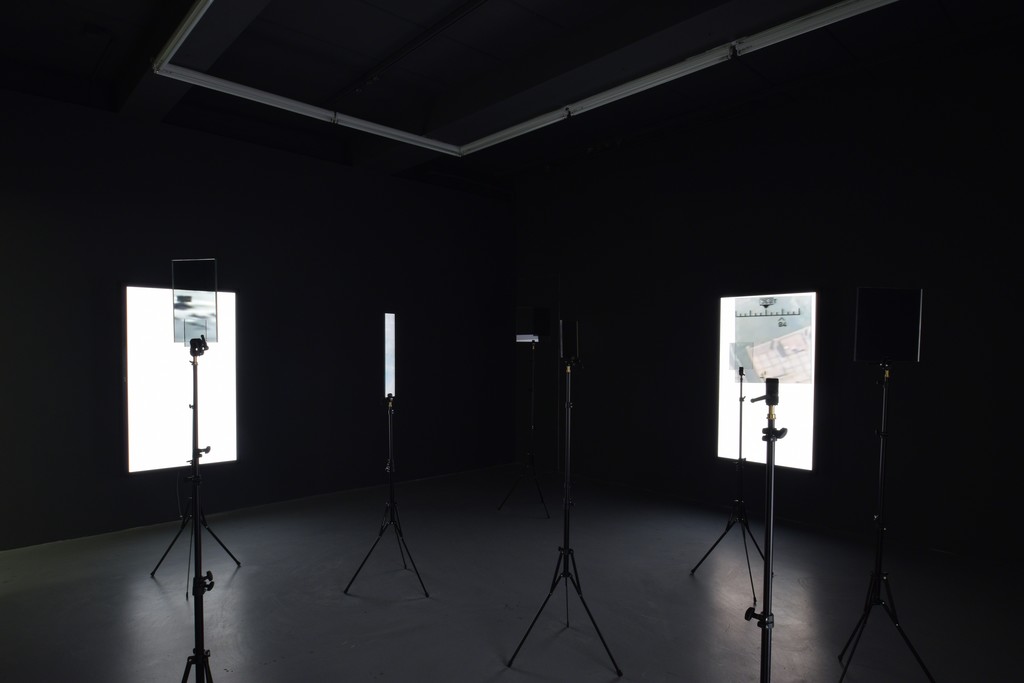 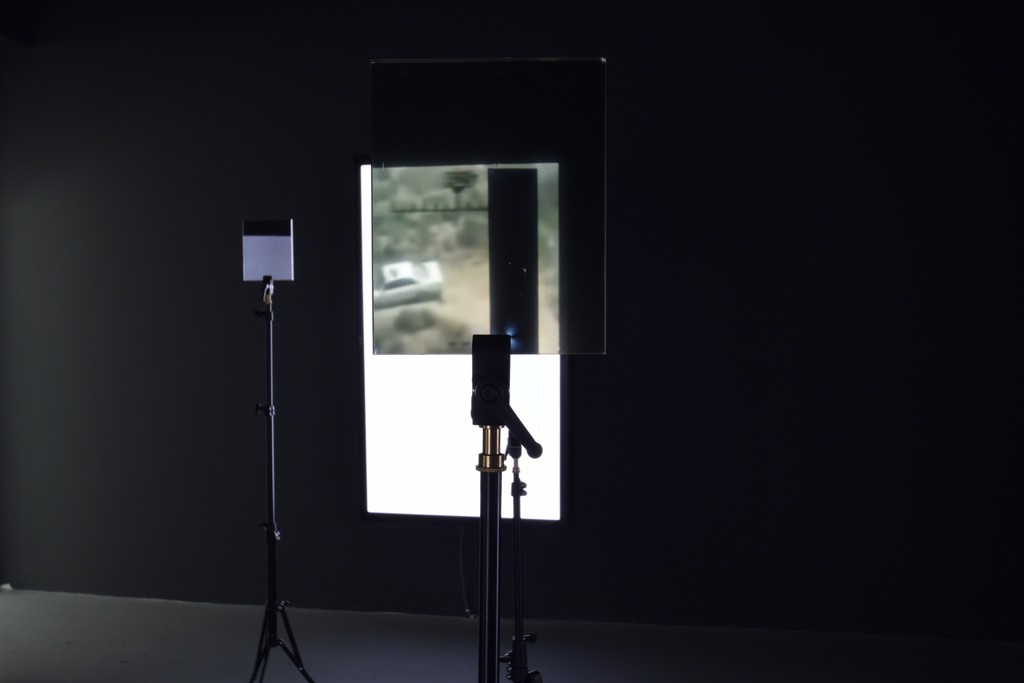 Blue is the color of the unreal, of the memory, of the open mind, of the royal, the precious and the rare. Blue is the color of the absolute, the higher, the divine, of cold and of clarity. It is the color of Yves Klein, Derek Jarman, Picasso and Gerard David. Blue – cyan, to be precise – is also the color of Emmanuel Van der Auwera’s "Memento" (2016), an ongoing, growing series of offset newspaper panels mounted on aluminium. In commercial offset printing (used for brochures, magazines and newspapers), information that is invisible to the human eye is transmitted to an aluminium panel with a computer controlled laser beam. The CMYK colors are then printed in four stages. Van der Auwera visited local newspaper production plants during the 24 hours after a collective catastrophe. He removed the exposed panels from the machines, positioned pieces of cardboard on the sequences he thought to contain images and added white light. The unprotected areas of the panel turned cyan, the white neon light of the space burned itself into the panel in only a few seconds, leaving bright white marks. Afterwards, after development, what remains are semi-accidentally ‘framed’ and cropped photographical prints. It is important to note that there are different layers filtering through the blue, remnants of the layout. These are barely visible marks of what once was – or then again, was not?

"Memento" builds on the artist’s fascination for the mediatized representation of the crowd. Shortly after the catastrophe the masses shroud themselves in mourning – demure postures, pained expressions, eyes locked on the ground or directed upwards, fixing to some imaginary point. Suffering culminates into a position of elevation. How do catastrophic events like these write themselves into collective memory? And in what lies the common imagination for the future?

The triptych "Videosculpture XII" (2016) starts from the same principle, but in this case the artist reverses the formal procedure and the works are more interactive in nature. One that wants to read the message of these hellishly white monolithic screens, has to gaze through the polarising filters mounted on tripods. Found footage of predator drones and targets make the viewer painfully aware of the impact of technological developments in warfare today. The images show a dehumanized hygienism that contrasts sharply with the so-called secure, (but never effective!) surgically precise assassination operations carried out by mechanisms with particular anthropomorphic characteristics. The physical installation of "Videosculpture XII" itself, echoes the very principle of registered action: One who would want to see the work, has to position themselves in front of a filter - the imaginary viewfinder– allowing the view to correspond with that of the lethal machine. Memento and "Videosculpture XII" perfectly complement each other, embedding themselves into the developing vocabulary of the artist, in which power terms such as image manipulation, horror, politics, the media crisis, identity and transformation leapfrog each other in constant play. Even though the almost ‘invisible’ war of "Videosculpture XII" is set in a desert that somewhat reminds us of a moonscape (far far away for most Western perspectives) this choreography of death depicts our obsession to register every detail; the daily choice for suspension of disbelief over the intrinsically perverted nature of what is called reality.