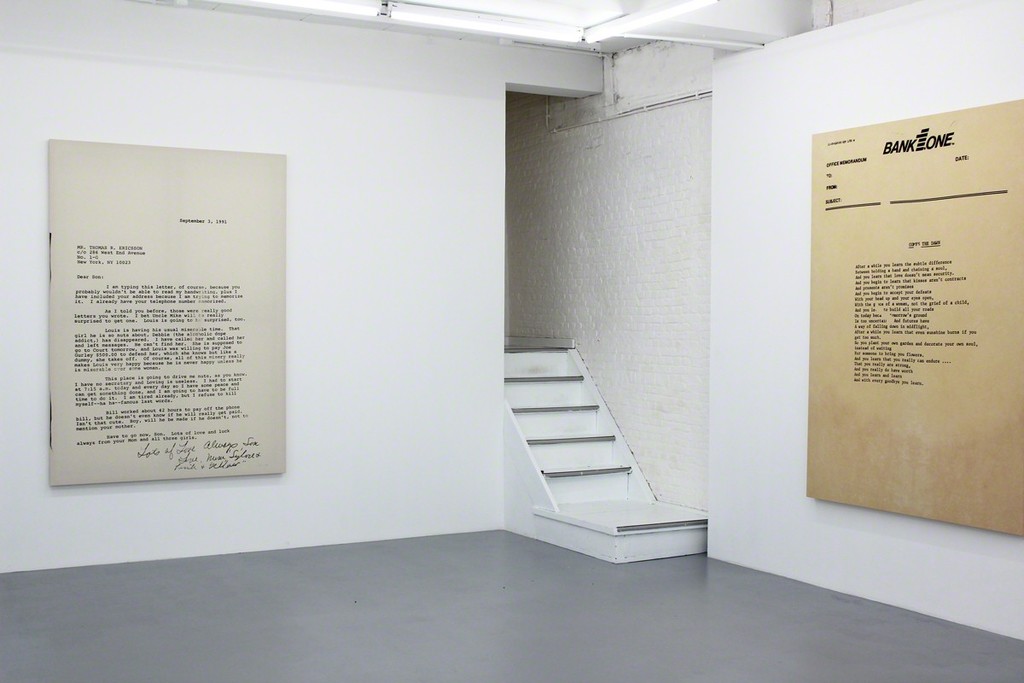 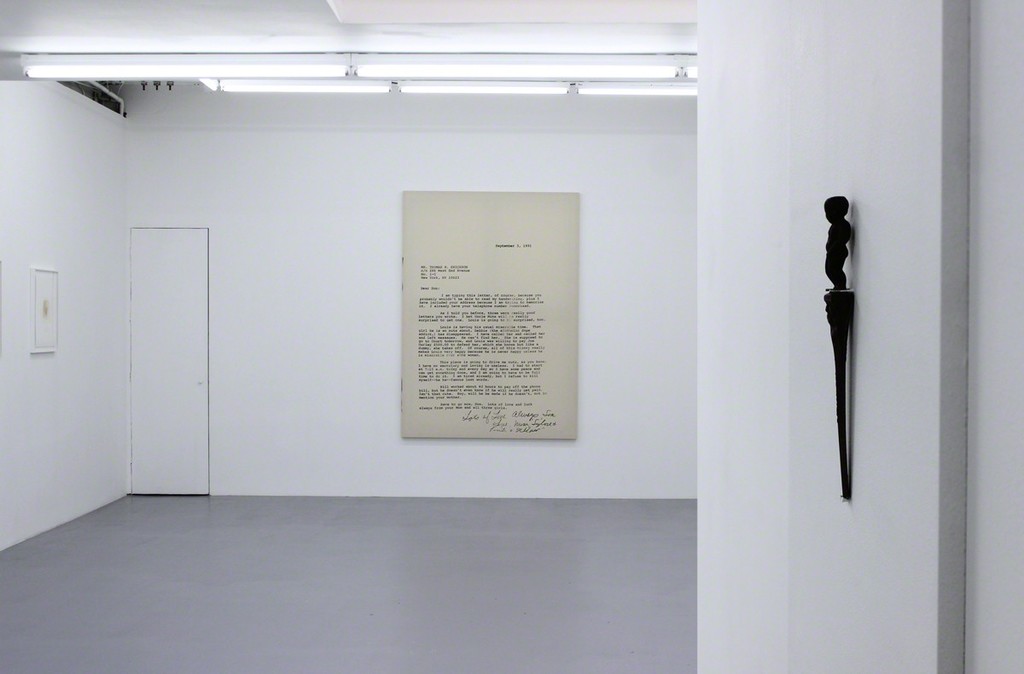 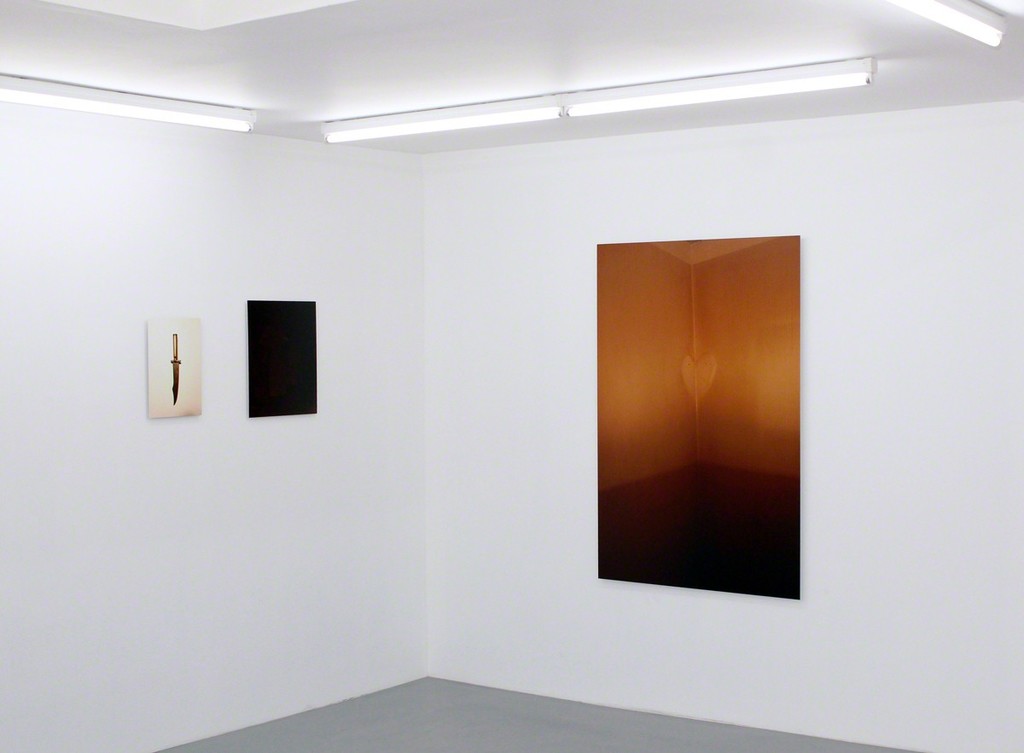 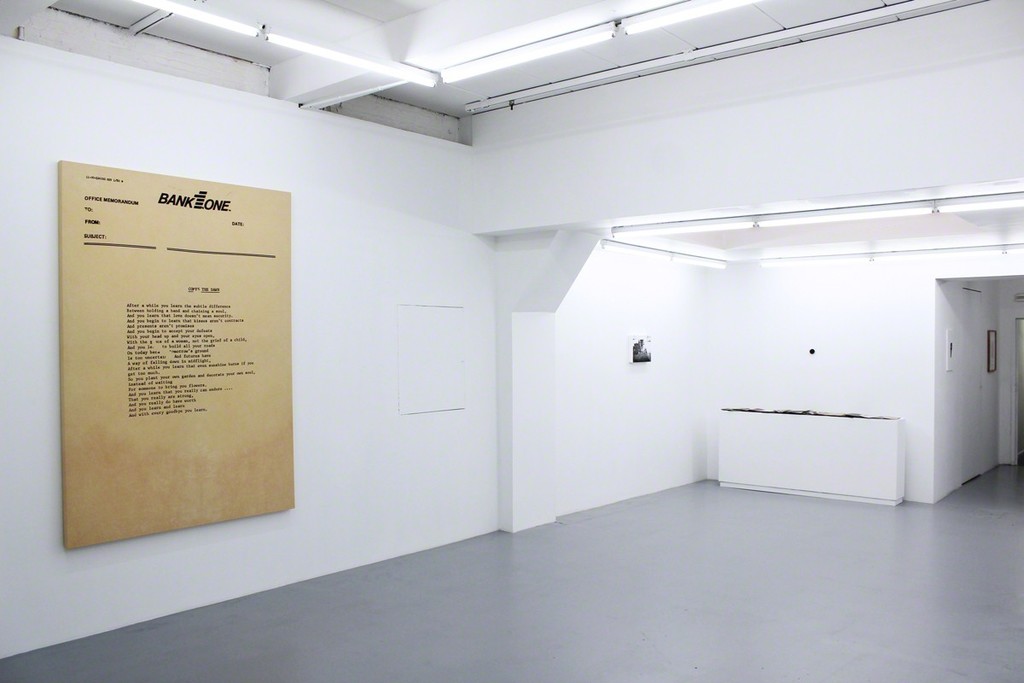 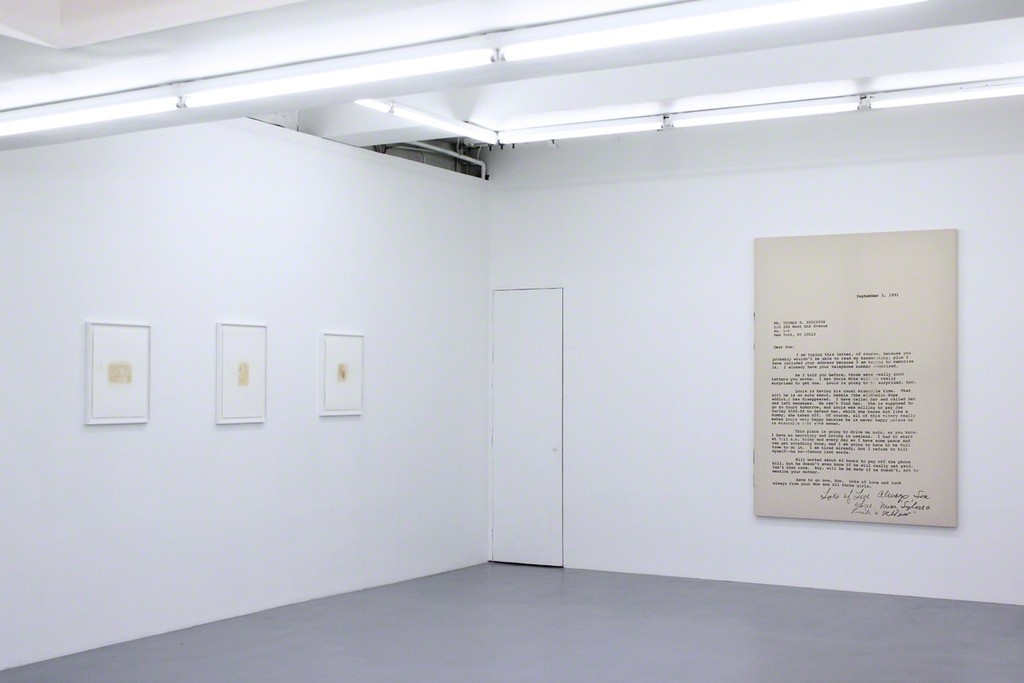 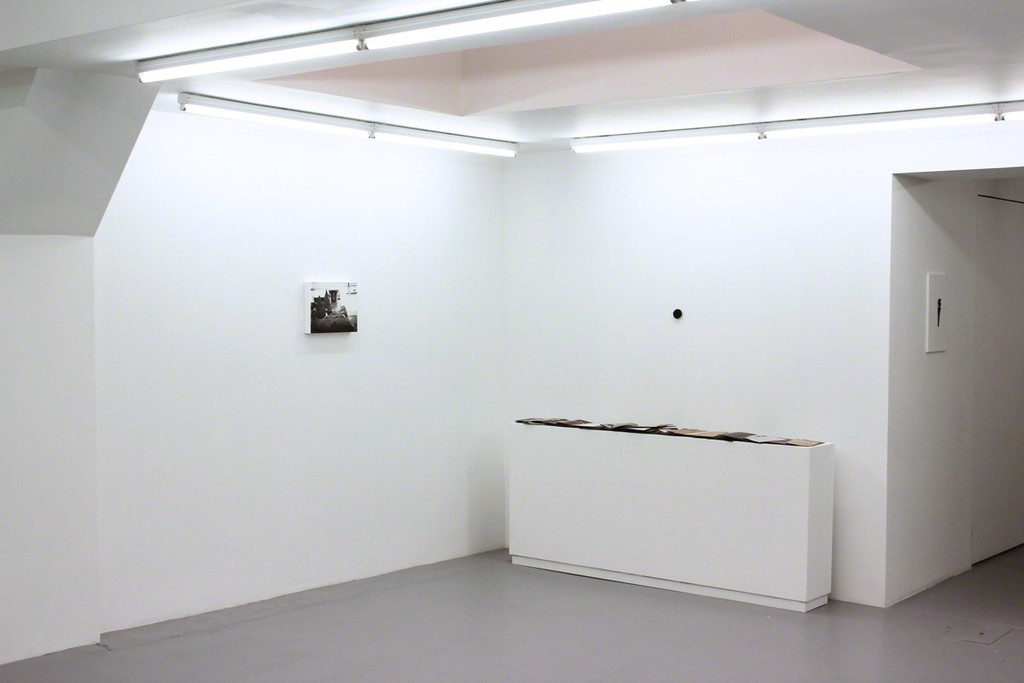 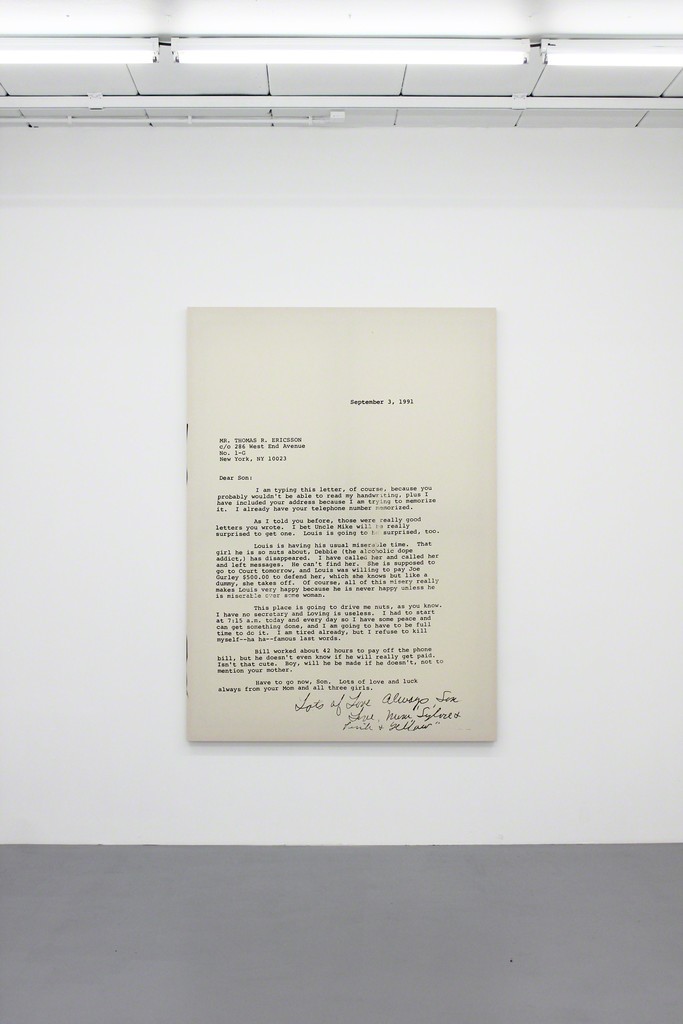 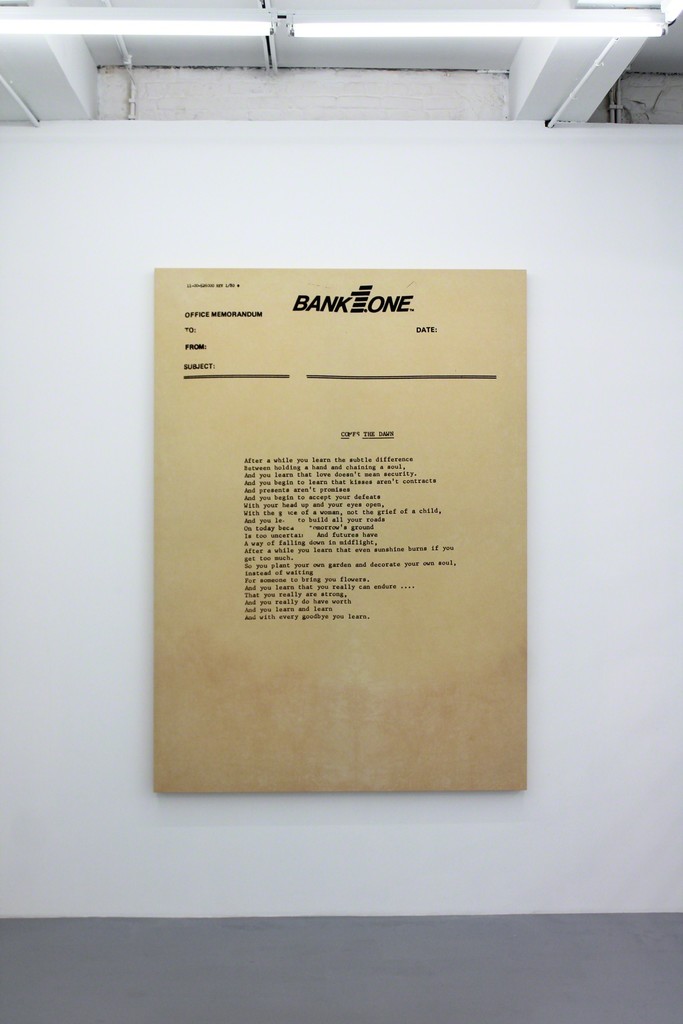 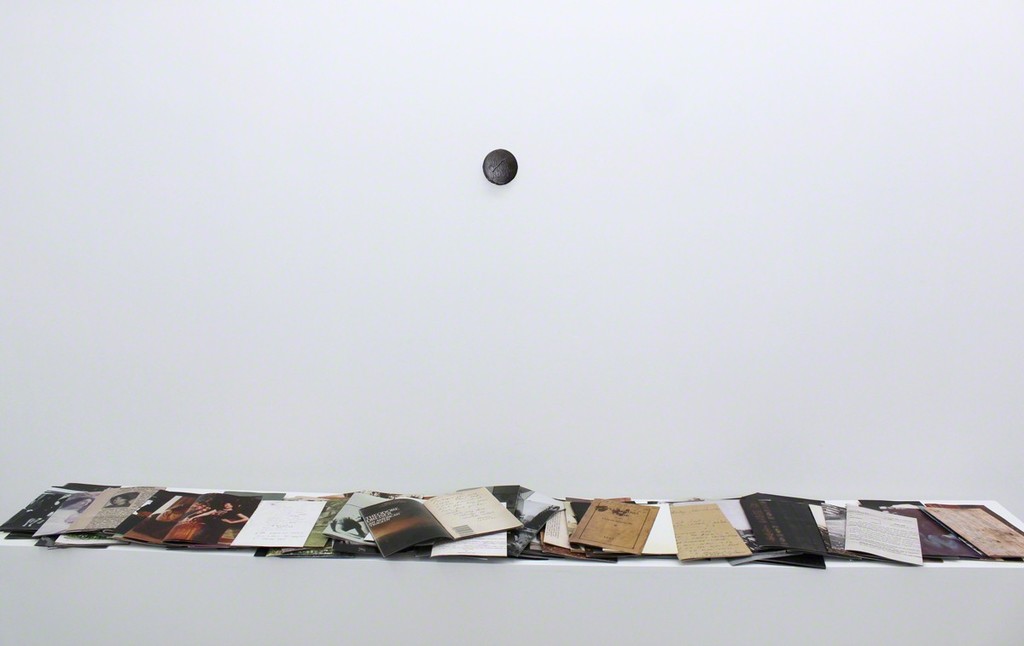 All my love, always no matter what …

These words sign off many of the hundreds of letters, TR Ericsson received from his mother while living away from home. Works in this exhibition are selected from his epic body of mixed-media work “Crackle and Drag,” which forms a portrait of love as it embraces ephemera and makes the personal public in authentic and unapologetic fashion.

Following his mother’s suicide in 2003, Ericsson searched for meaning in archives he inherited from various family members, collected from personal encounters or acquired through previous research. This includes a staggering number of photographs dating back to the 1930’s, as well as documents, letters, artifacts and other testaments of life in the American Midwest. These items became the source material for works in this body: Facts that make the matter of fact almost irrelevant.

A process polyglot, most works are produced in Ericsson’s studios in Brooklyn, New York, and Concord Township, Ohio. His sculptures and installations employ photography, video and audio technology, cast bronze, porcelain, blown glass, sandblasted granite and onyx, found objects, and alcoholic cocktails in giving new narrative and potency to the old archives. Works on paper utilize commercial as well as fine art printing techniques, and tend to apply surprising material and process twists that reflect the DIY Punk spirit of his youth as well as his training as a painter and draughtsman. In the Nicotine series for example, Ericsson uses cigarettes to stain drawings to paper in the same way the color of his mother’s walls turned to a shade of tarnished gold as she chain smoked through the years before her death. In other works, a similar silkscreen process is used, with graphite (sometimes mixed with funerary ash) in a rough approach to a detail oriented drawing. His family is not only present in the subject matter, but remains in the work physically. In the case of his mother, her words, her voice and her image reappear in each specific series of work as Ericsson forgoes the irony endemic to our time, preferring to produce sincere works of art that demonstrate conceptual rigor and emotional directness.

“Crackle & Drag” does exactly what American author David Foster Wallace once asked of art, repeatedly producing content capable of disturbing the comfortable and comforting the disturbed. Dealing with great loss, Ericsson finds something else to lose every time nothing seems to be left. He uses intimacy as a political instrument that marries the signifier and the signified, the sacred and the profane, deconstructing subtle repressions to get to the heart of what it means to be human; what it means to construct and care for a life; what it means to love. Like the first line in Jacque Derrida’s ‘The Book of Mourning’ or Duane Hanson’s later works, Crackle & Drag repeatedly affirms that there is no such thing as an everyday existence. The end of the world is unique every time. Ericsson creates art of the most romantic, raw and revealing variety.

TR Ericsson’s (USA, 1972) work has appeared in solo and group exhibitions in the United States and abroad including those with Kunsthalle Marcel Duchamp, Switzerland, Francis M. Naumann Fine Art, NY, Paul Kasmin Gallery, NY, Robert Koch Gallery, SF, and Harlan Levey Projects, Brussels. Ericsson’s work is in the permanent collections of the Whitney Museum of American Art, the Cleveland Museum of Art, the Indianapolis Museum of Art, the Yale University Library (Special Collections) and the Progressive Art Collection as well numerous private collections. From May to Aug 2015, he had a solo exhibition at the Cleveland Museum of Art. A monograph of his work was published by Yale University Press on this occasion.