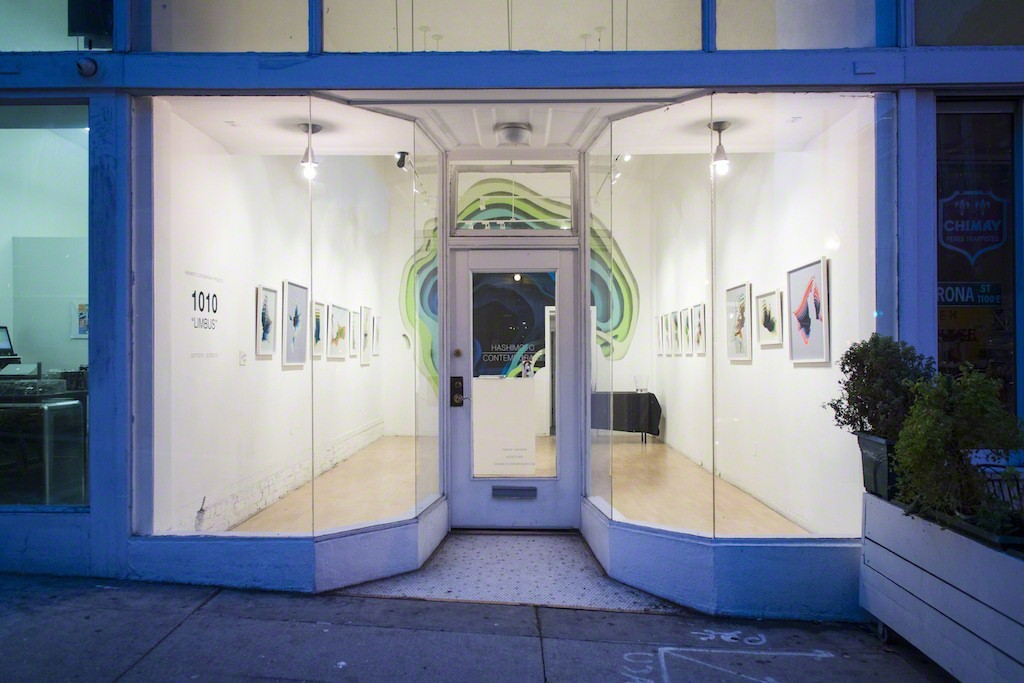 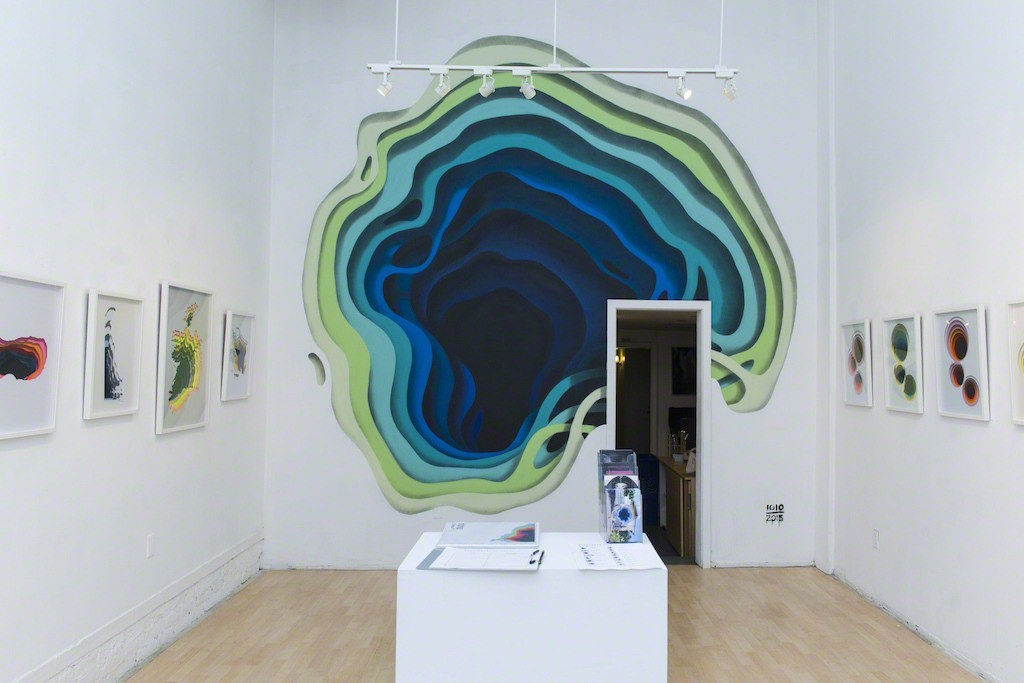 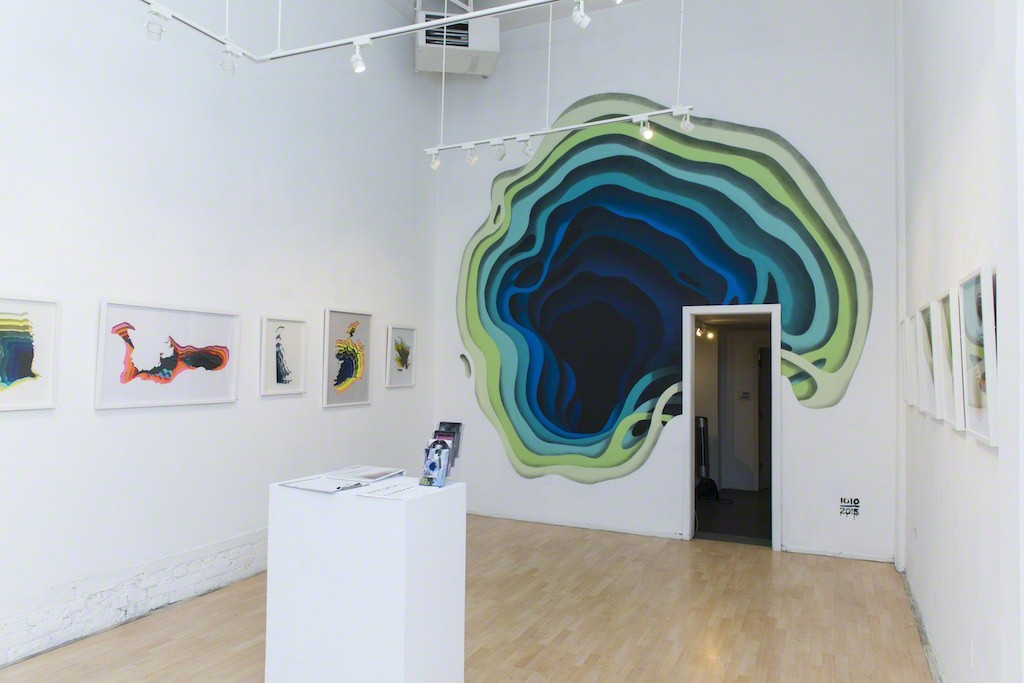 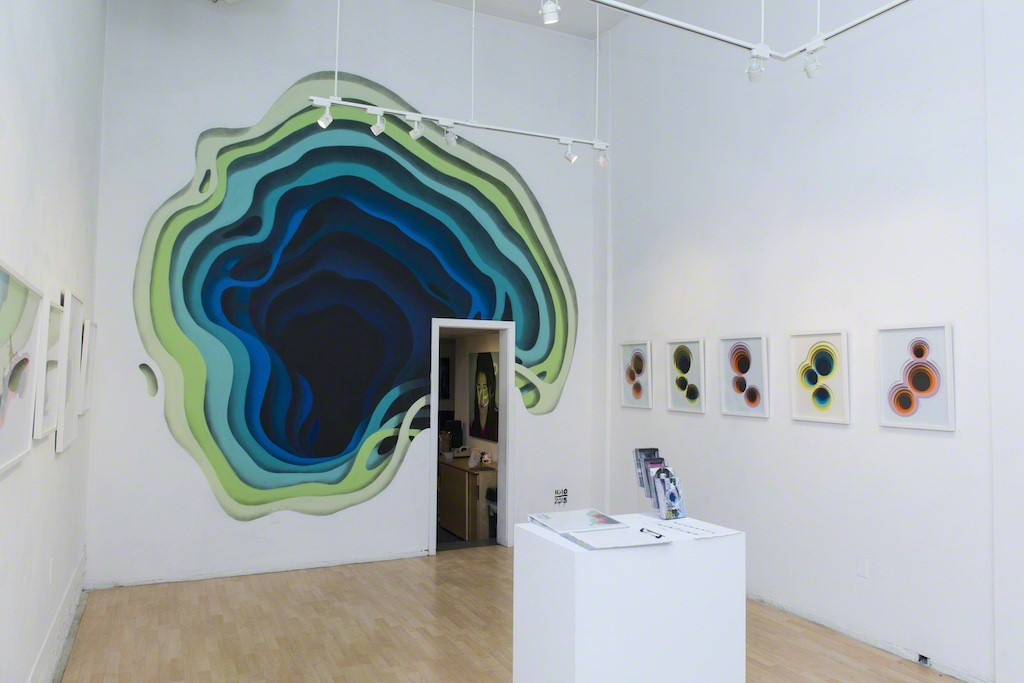 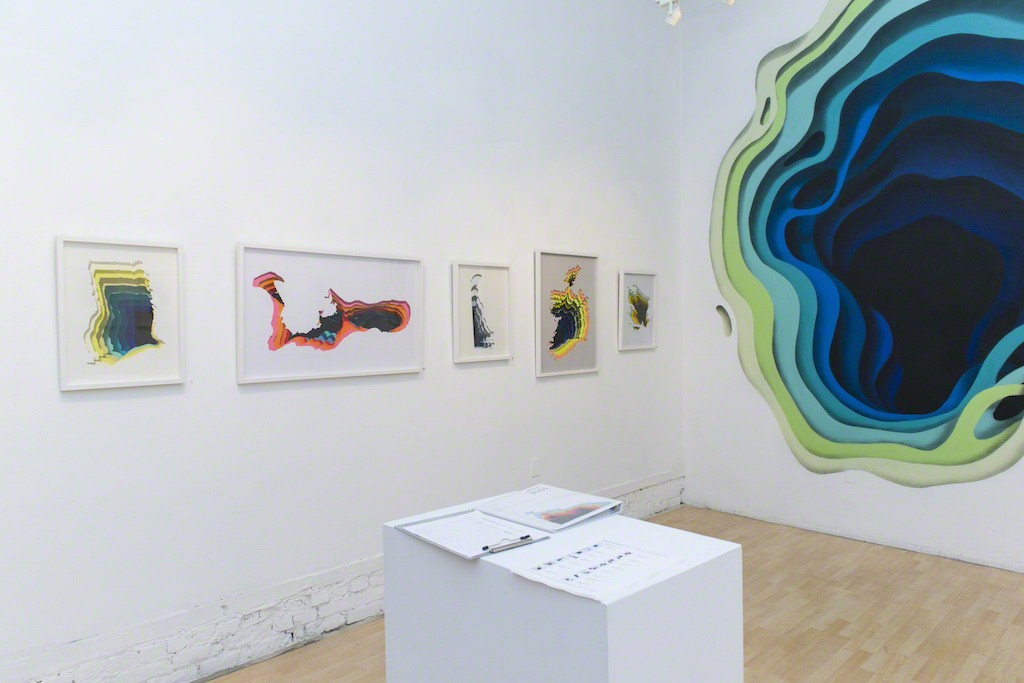 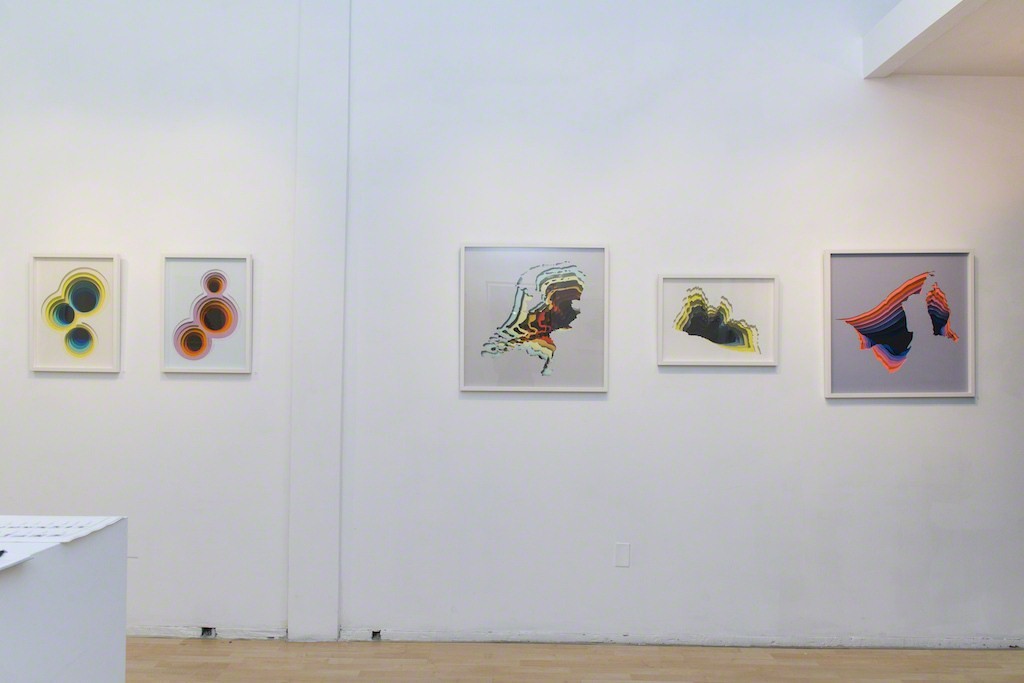 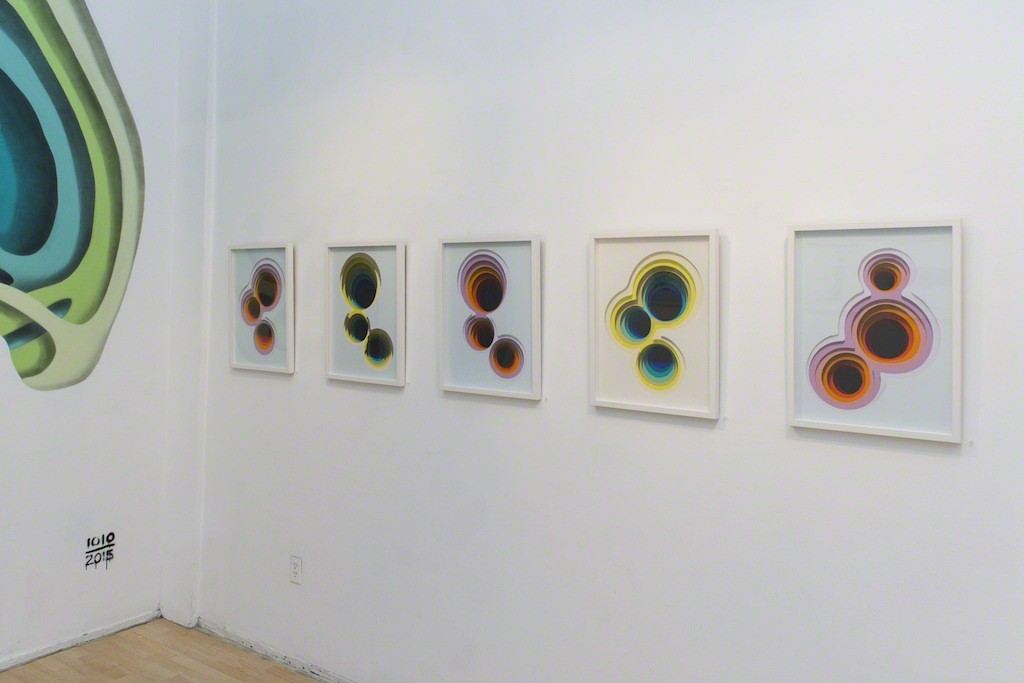 Hashimoto Contemporary is proud to present Limbus, the debut US solo show by German street artist 1010. Featuring new works on paper, as well as a large mural within the gallery, February’s exhibit invites spectators to explore new thresholds that step beyond the boundaries of the confining gallery space.

1010 (pronounced ten-ten) first began creating his hypnotic “portals” in 2009 throughout the city of Hamburg. These spray-painted murals bring a contradicting depth to the flat walls they are painted on, consequently turning the side of an ordinary building into an entrancing abyss one could seemingly walk into. Striking layers of color appear to overlap and yawn in succession, eventually fading into a dark and limitless center. While mapping out an external form, 1010 begins each piece from the center, working his way through each color, eventually reaching the lightest shades of color around the perimeter. The resulting polychromatic grottos disrupt the stagnant structures of the urban landscape, bringing a beauty and mystery to the systematic components of the city they inhabit.

While 1010’s massive murals burrow into the riveted walls of buildings, the artist also explores the same portals on a smaller scale. For his gallery works, 1010 achieves the same effect as his larger paintings, however he employs layers of painted paper in order to create a sense of depth in a more compact manner. Elaborating on the entrancing pull of these designs, 1010 delicately hand-paints the shadows onto each layer of cut paper, luring the eyes of his viewers on a more intimate level. Minimally framed, 1010’s smaller works echo their larger counterparts and creating a magnetism wherever they’re hung.

Referencing the outer border of one’s cornea and the white of the eye, the term Limbus touches upon the visual language of 1010’s work and his expedition into our automated perceptions of the world we see around us. For this month’s show, 1010 joins the staggering lure of his life-size paintings with the quiet tug of his paper works to form Limbus. The gallery will house a handful of medium to large-scale framed paper works accompanied by a mural painted onsite.