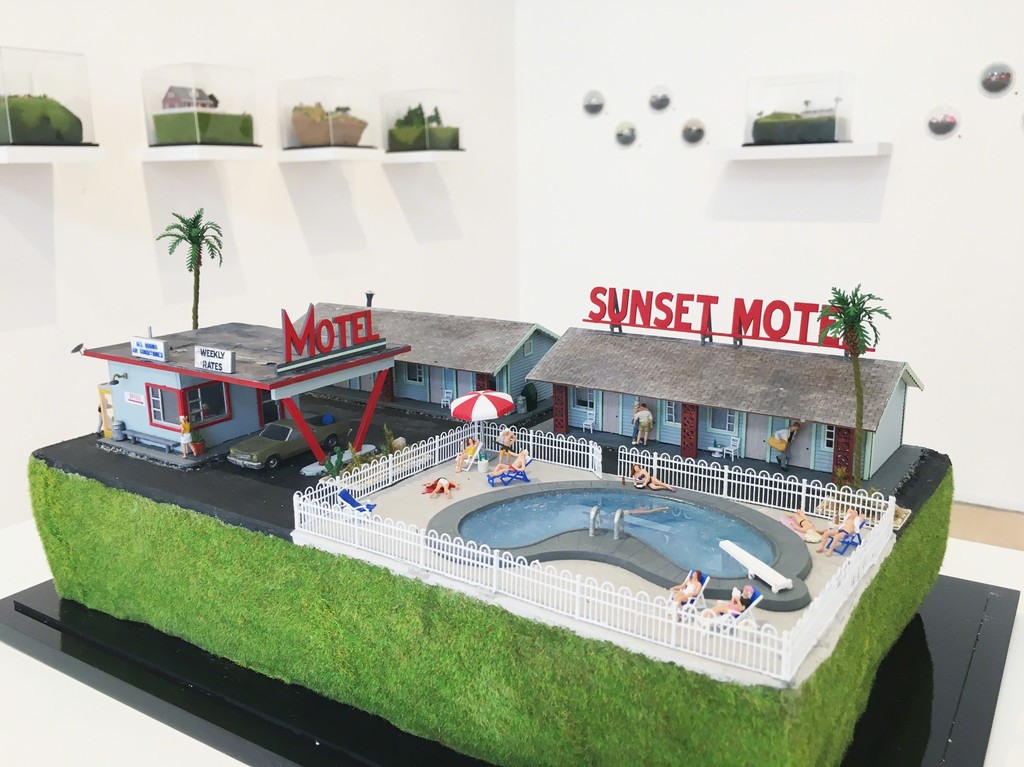 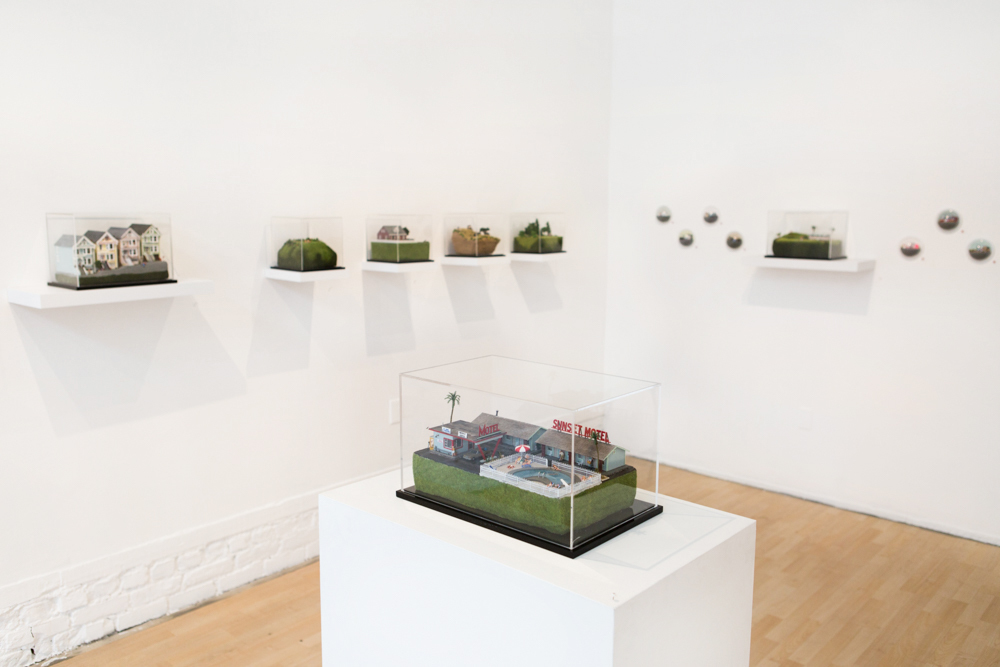 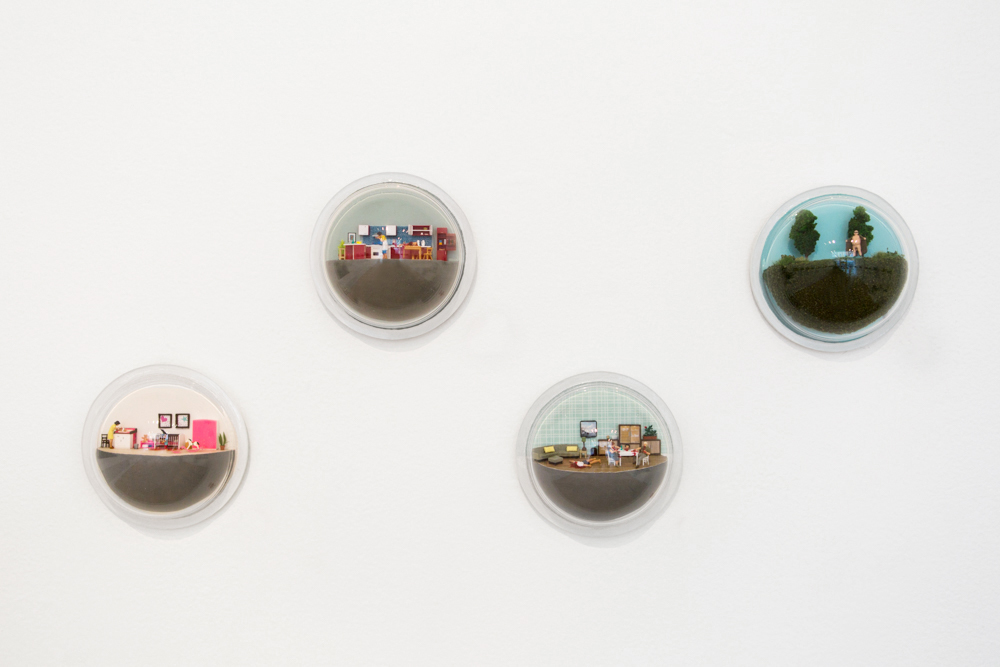 “Mea Culpa” features a series of dioramas that contain tiny worlds, each similar to our own and inhabited by figures less than an inch high. White picket fences, manicured lawns and mundane suburban settings are all found throughout Goldman’s work. However upon closer inspection, these minuscule environments are also center stage for various acts of debauchery and gore. The show is comprised of both free-standing and wall-mounted sculptures, each serving as a small window into a different reality. One sculpture depicts two women enjoying a picnic on a grassy 8-inch square island, where fragments of their “guests” can be seen sprawled across the checkered blanket. Another shows a man scrubbing his back with a loofa in the shower, facing away from the bloody figure behind him on the tiled bathroom floor. These perplexing moments create an uncomfortable tension, which in turn forms endless questions of motive and implication.

Appearing both charming and disturbing in nature, Goldman’s “die-o-ramas” offer a conflicting experience for viewers. The artist constructs each fictitious scene using a variety of materials, such as synthetic grass, styrofoam, and model train set figures. Every component is formed with thoughtful consideration, from the smooth pavement of a driveway to the weathered shingles of a rooftop. This attention to detail draws in the viewer’s eye, only to greet them with unexpected violence. The cheery size and disposition of each sculpture clashes with the unapologetic crimes taking place, often creating a more humorous reaction. Goldman’s duality between the picturesque and the grim pokes fun at society’s fascination with violence and the abject. In the artist’s own words, “Sometimes there’s just a razor’s edge between funny and ghastly.”

Goldman’s fascination in crime and forensics began at an early age, eventually leading to a job as a crime reporter at the Las Vegas Sun and later as an Investigator for the Federal Public Defender of Nevada. Her time spent analyzing the details of old crimes influences her current interest in miniature narratives. The artist elaborates, “Today, there’s an anger buzzing just under the surface – polite exchanges through clenched teeth, charged conversations around the water cooler at work, someone cuts you off on the highway and you see red. It’s a frenzy out there. By condensing rage, miniaturizing it, making violence preposterous and humorous -- maybe there’s some relief.”

Please join us for “Mea Culpa”, opening Thursday, August 4 with an evening reception from 6pm-10pm, where the artist will be in attendance.

This exhibition will be on view through Saturday, August 27.