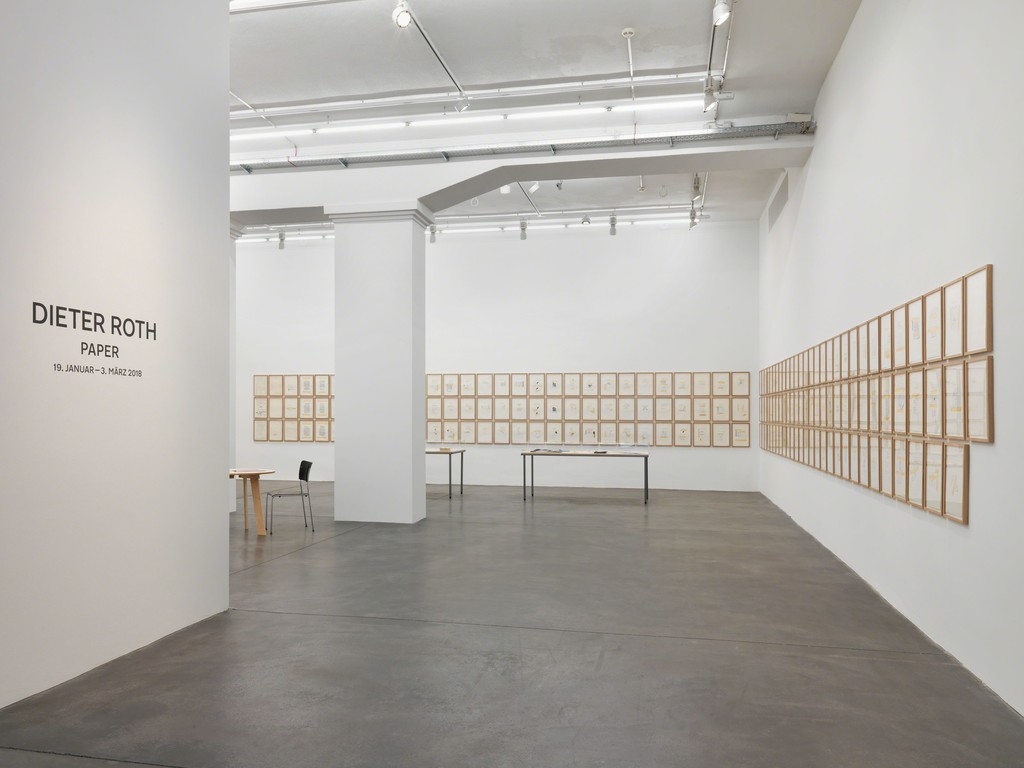 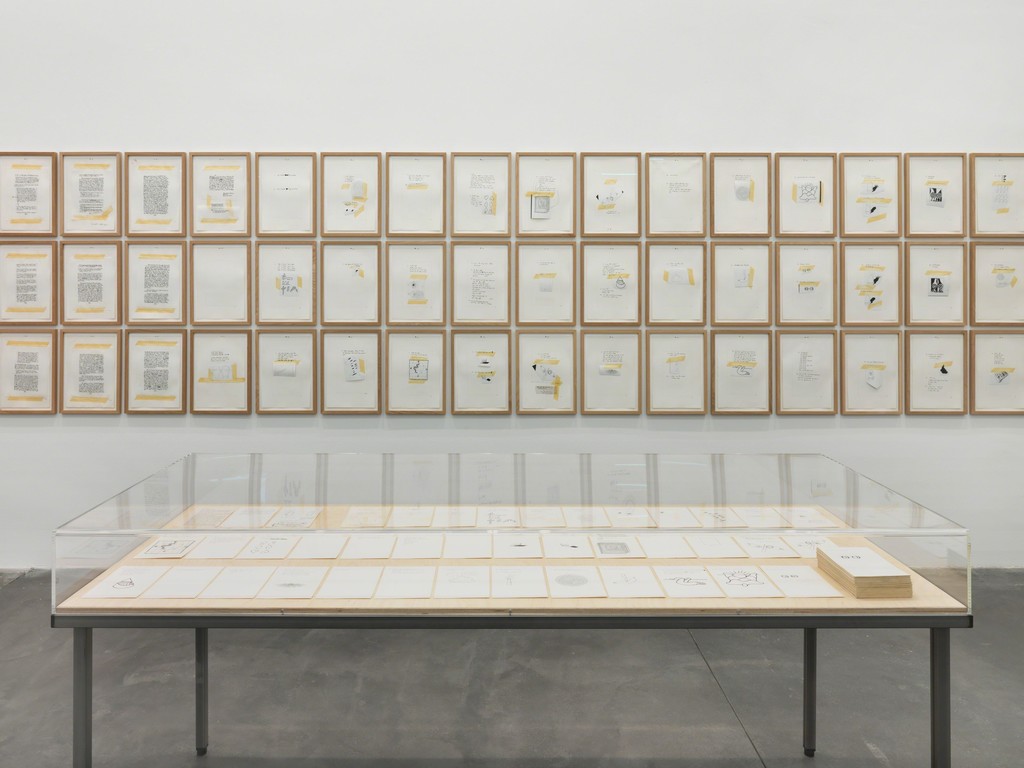 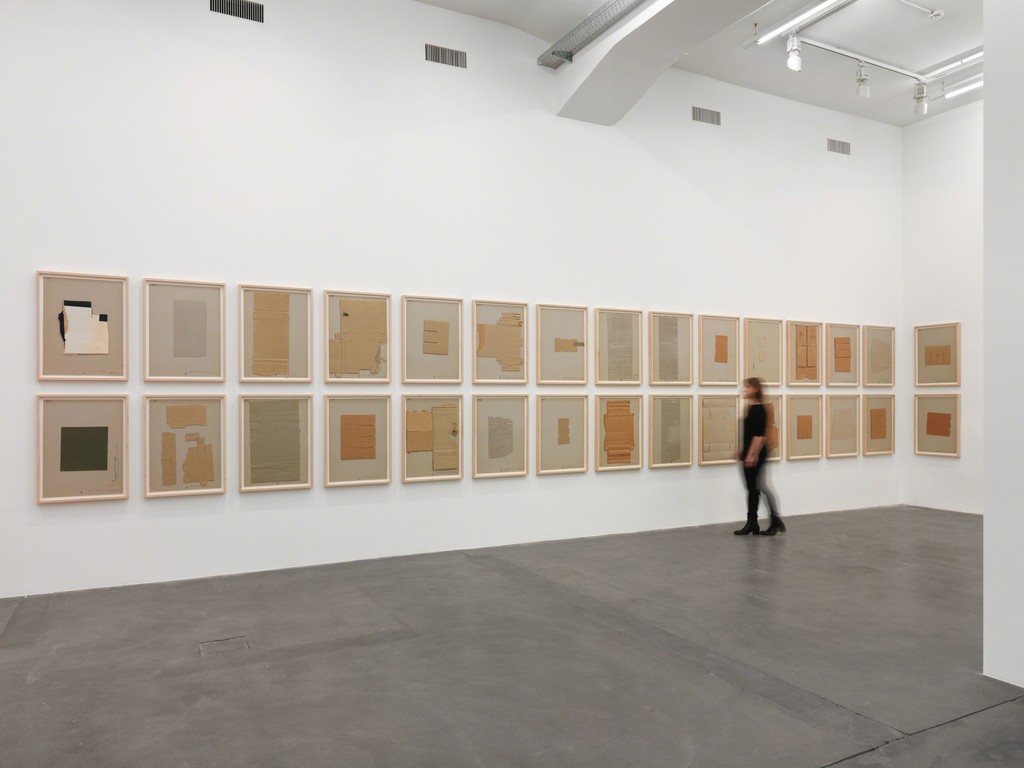 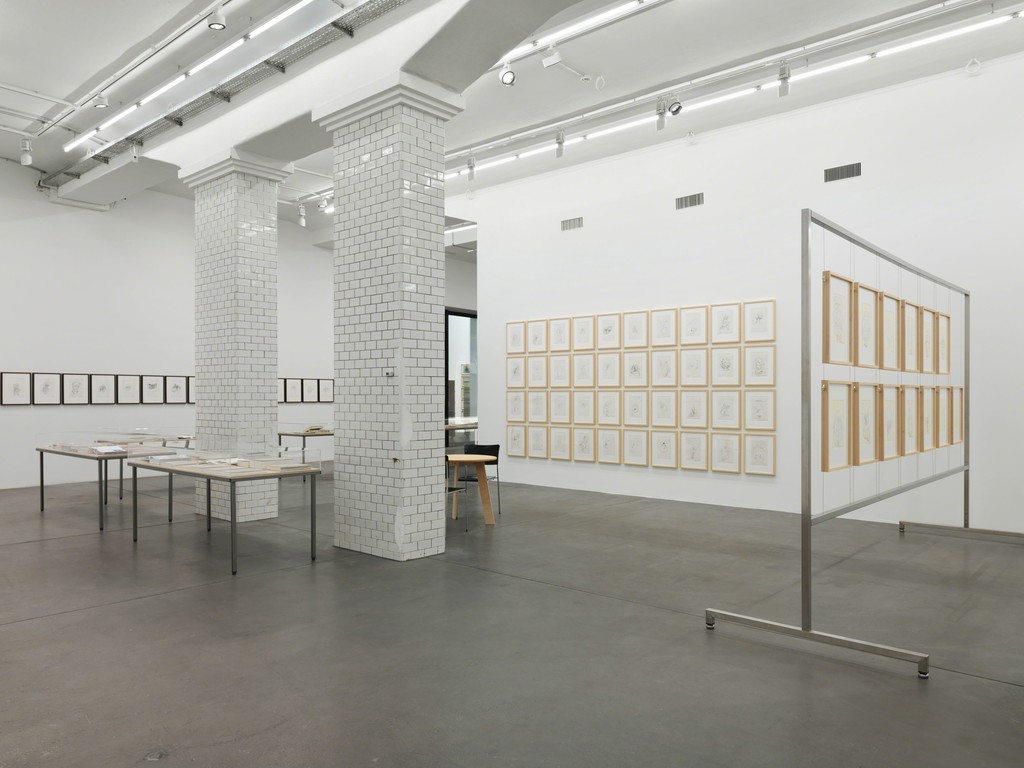 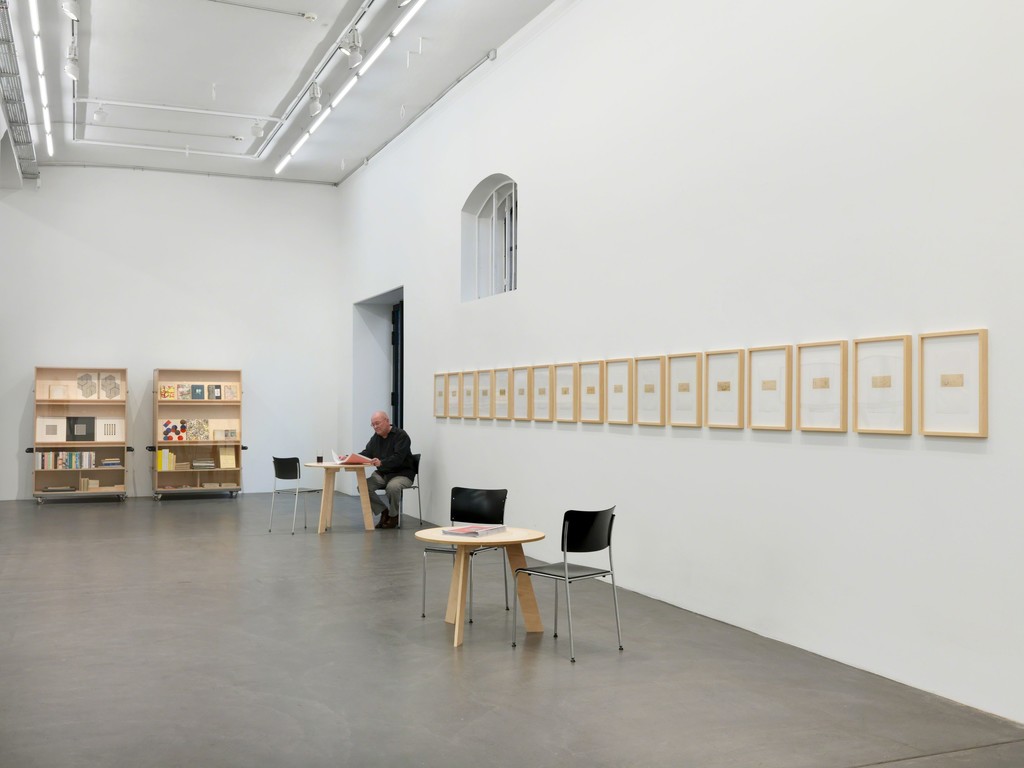 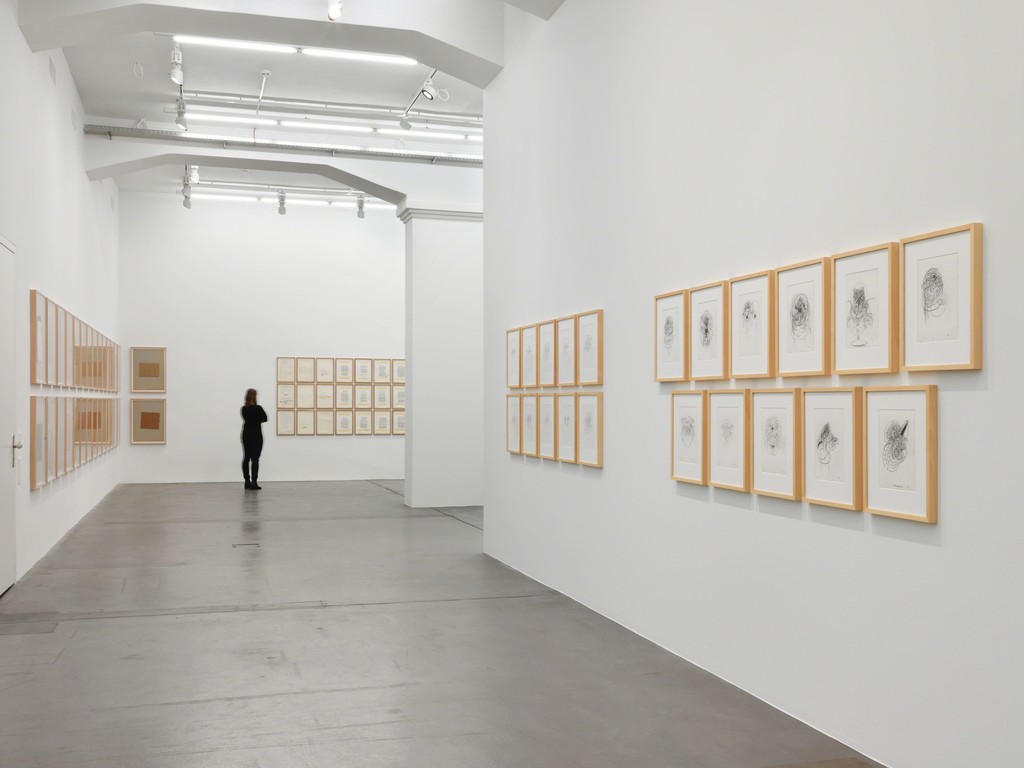 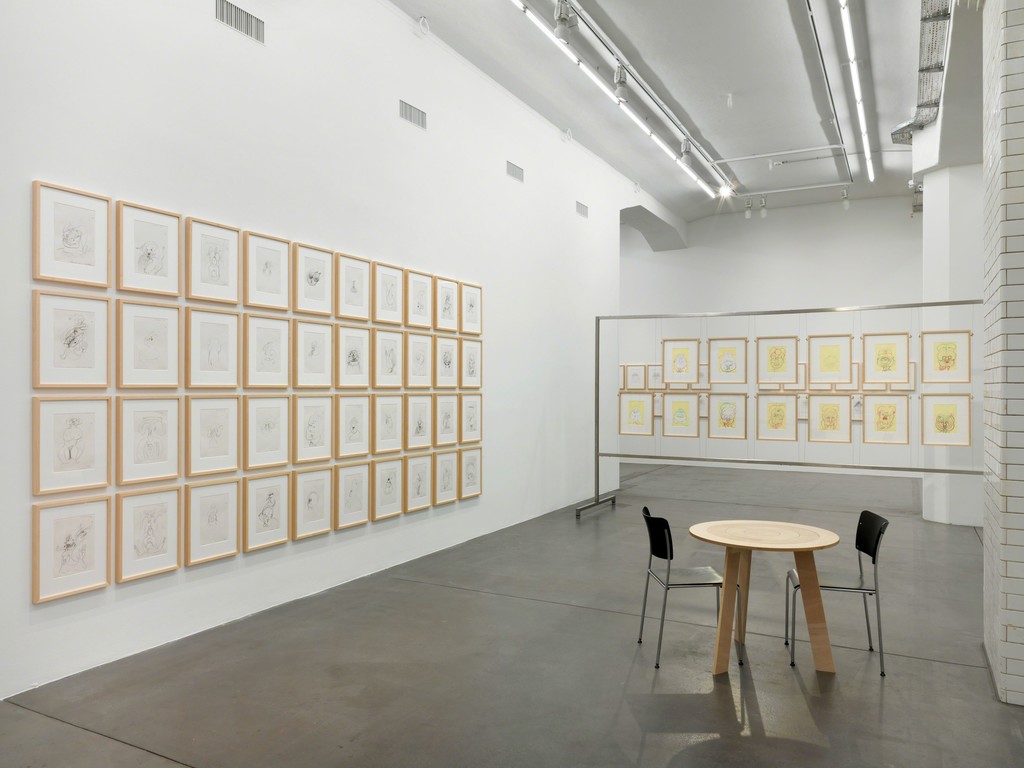 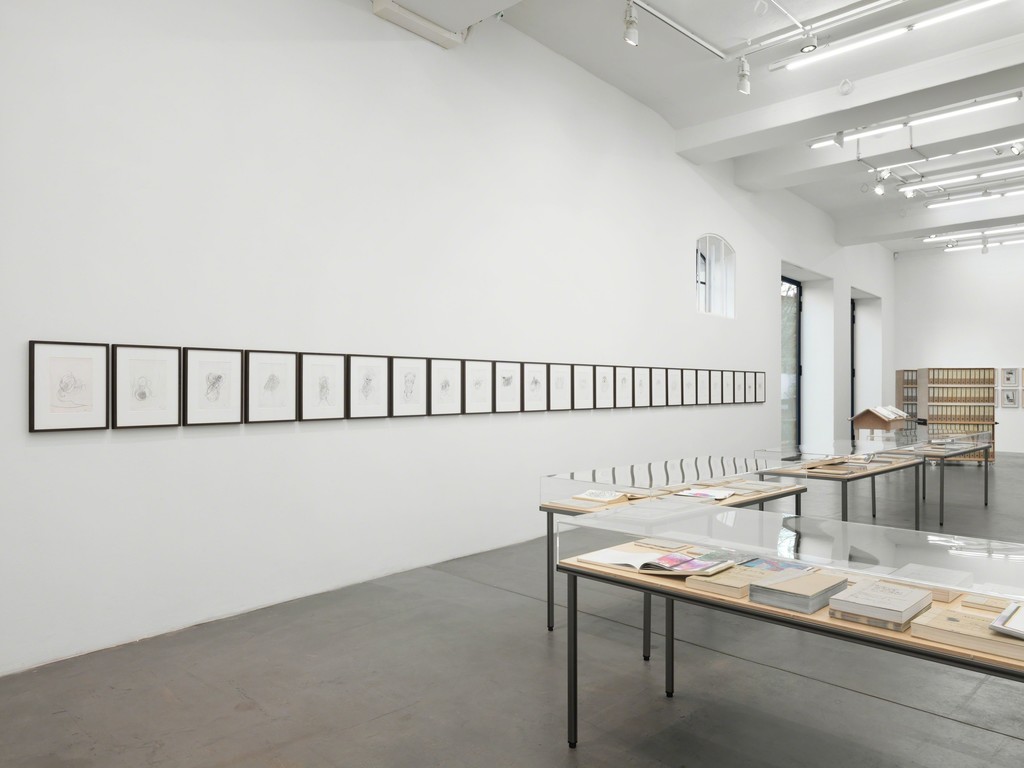 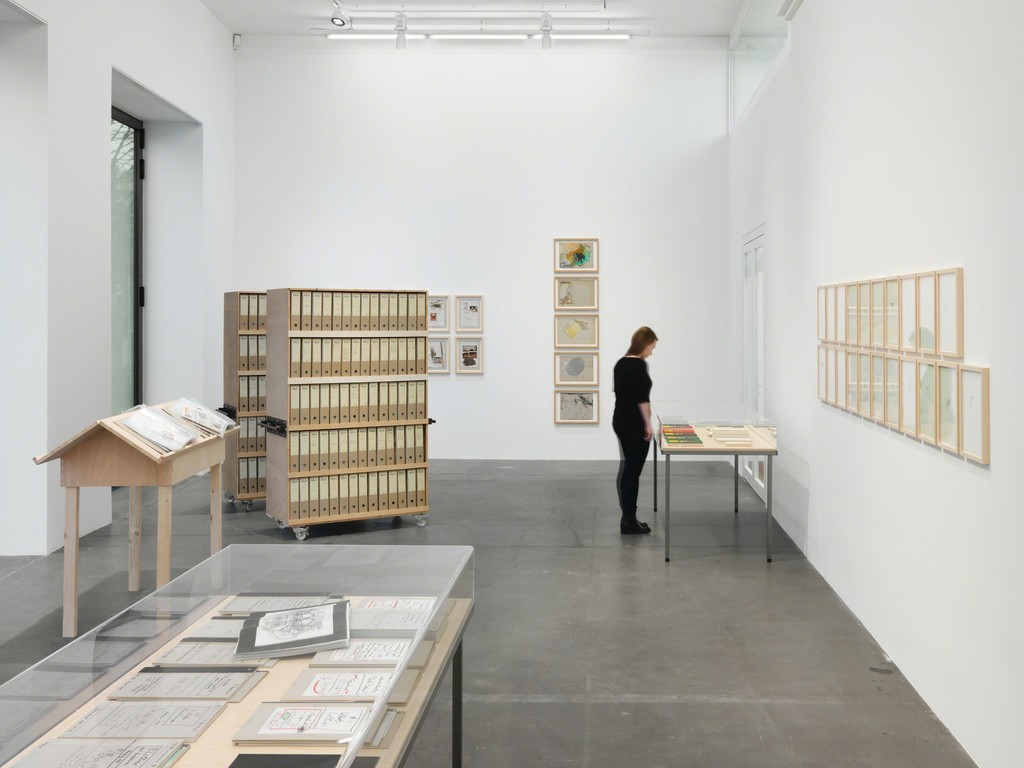 Hauser & Wirth Zürich is delighted to stage a presentation of works focused on the medium paper by legendary German-born Swiss artist Dieter Roth (1930 – 1998). Curated by Björn Roth, ‘Dieter Roth. Paper’ offers a unique window into the artist’s explorations and expansions of the medium. Enduring curiosity and artistic restlessness led Roth to make strides in virtually all visual art forms including drawing, book-making, film, sculpture and immersive installations, but his pervasive manipulations of paper – whether in cardboard, waste material, photographic paper, prints or books – can be considered the crux of his oeuvre.

Roth’s knowledge and appreciation of graphic design developed from his studies in the late 1940s and was most vividly realised in the over 200 artist books he created. Roth, alongside Ed Ruscha, is considered the inventor of the artist book and is credited with giving the medium significance throughout his career. The exhibition features more than 100 examples of Roth’s Copy Books, produced from the late 1970s using a simple photocopier. By using the rapid and most readily available form of printing and copying, unhampered by constraints or the need to liaise with professional printers, Roth was able to quickly and easily express himself as his poetry and drawings took the form of these books.

The Copy Books showcased are accompanied by various series of unique drawings including ‘13 Lollies mit Rückseiten (13 Lollies with reverse sides)’ (1981) and ‘11 Heterogenii’ (1981 – 1982). These biomorphic and experimental drawings are presented on the wall in their original state but also incorporated within the editioned books. This dual viewing opportunity offers an exceptional appreciation of Roth’s interchangeable use of media and his constant furthering of source material.

Roth’s preoccupation with documentation and diaries is compellingly shown in his opus ‘Flacher Abfall (Flat Waste)’. The project originated when the artist began collecting for periods in the 1970s and is an archive of all flat objects that went through Roth’s hands, under 1 cm of thickness, in a period of one year. In hundreds of binders, plastic sleeves house objects of utter banality: cigarette packets, fruit cartons, jam jar lids, and pieces of paper featuring the artist’s scrawl. Roth’s conservation of these items stems from his appreciation of the work and design each object was subject to in its fabrication. Roth found beauty in the banality of these everyday objects and in 1972 while travelling realised he was carrying various scraps of paper from place to place. When asked about this preoccupation answered simply ‘I do not seem to be able to throw them away’. The painstaking preservation of detritus both advances the diary format, which Roth explored till the very end of his life and, through the physical trove of garbage, confronts the viewer with the transient nature of our existence.

A number of collections exist from the 1970s and 1980s but the version shown is an archive of the ‘flat scrap’ that passed through Roth’s assistant’s hands in the year 1987. At the time Roth was collaborating with this assistant on a museum that would house Roth’s manuscripts, prints and books. The museum did not come to fruition but this iteration of ‘Flacher Abfall (Flat Waste)’ exists as a mark of their partnership.

Waste material is also the medium of ‘Kartonabfälle (Cardboard Waste)’ (1986), a 33-part collage of cardboard. On his ‘Fundbilder’ or ‘found pictures’, Roth wrote ‘I often felt, to paint or draw or collage on those pieces of cardboard was too nice, too timid, too clever. I saw, I could not keep – looking for something ‘better’ – the simple (and tough to take) beginnings. So I took aside certain pieces – of cardboard, wood or anything – and had them on the wall (at exhibitions – not at home), without doing myself anything to them.’ The simplicity of this concept again preserves, this time in frames, what the viewer might discard. Roth’s fascination with recording his life and leaving a physical and weighty imprint of it bequeaths us the understanding of a life philosophy in which his daily life and art were wholly entwined.

The documentary ‘Dieter Roth’ by Edith Jud will be screened on 2 February 2018 as part of film programme CinemArt, a collaboration between Hauser & Wirth and Arthouse Zürich.