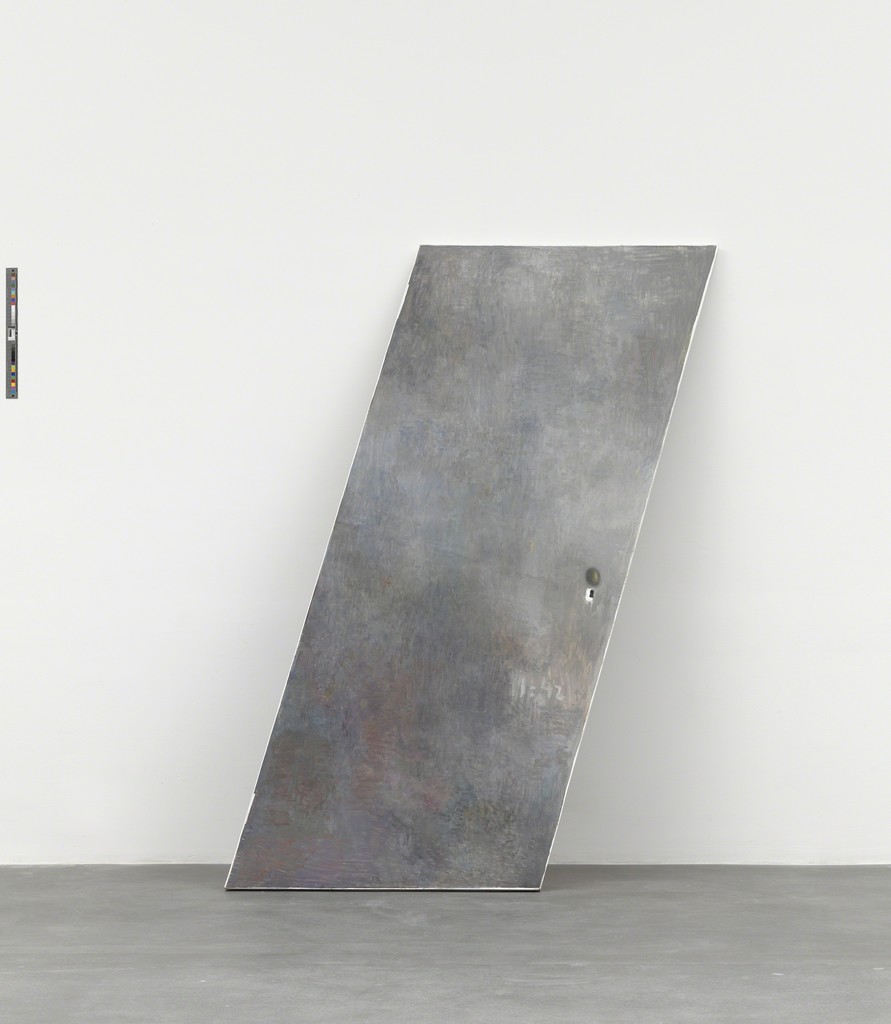 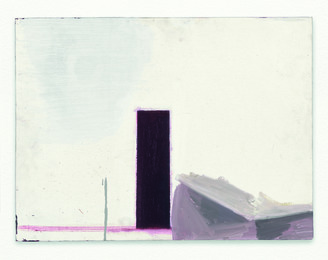 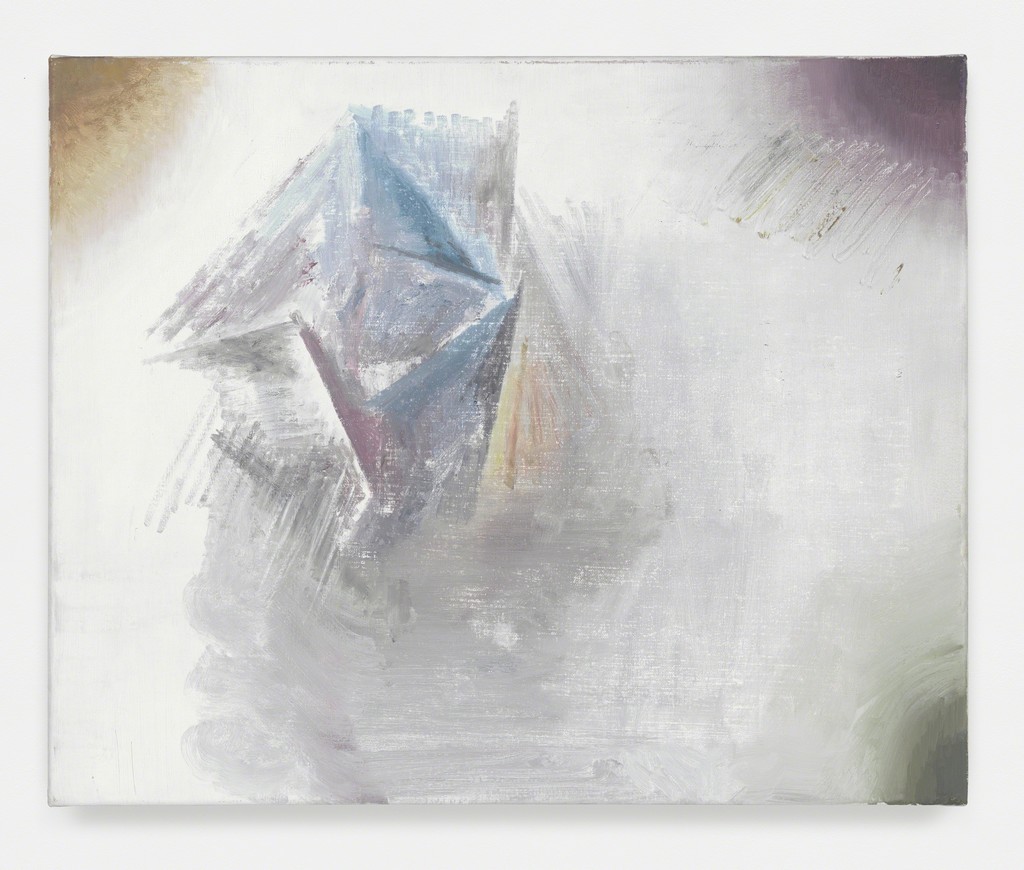 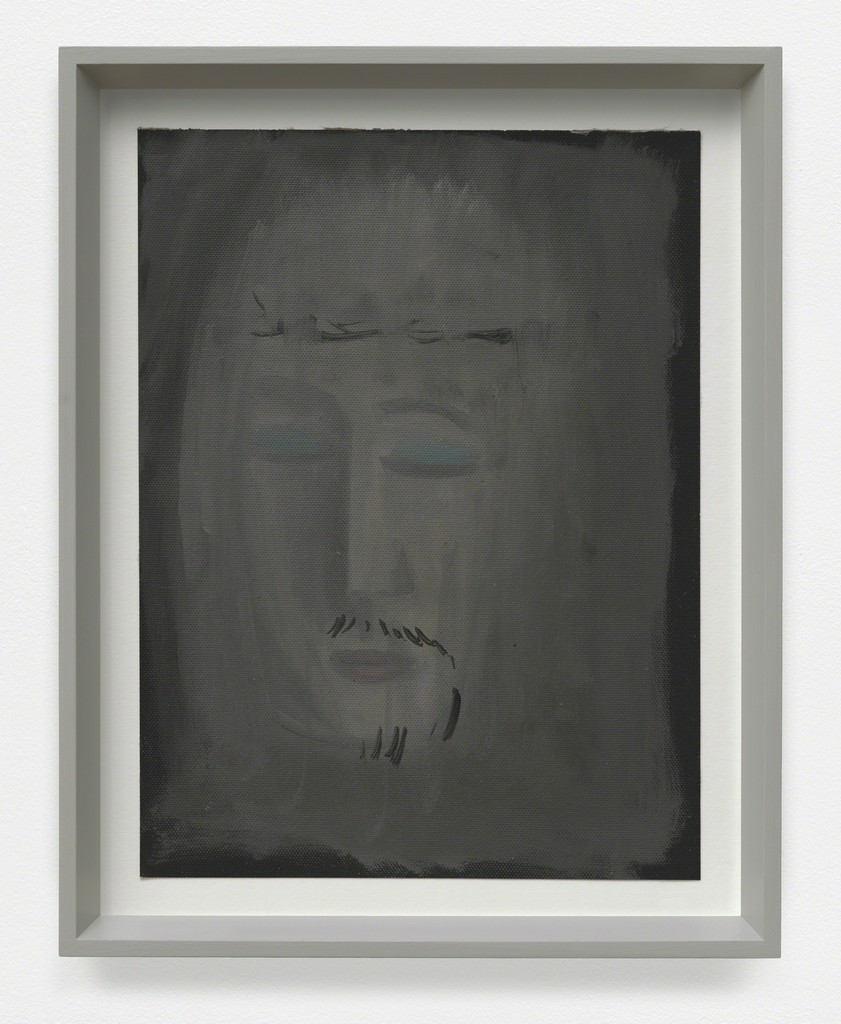 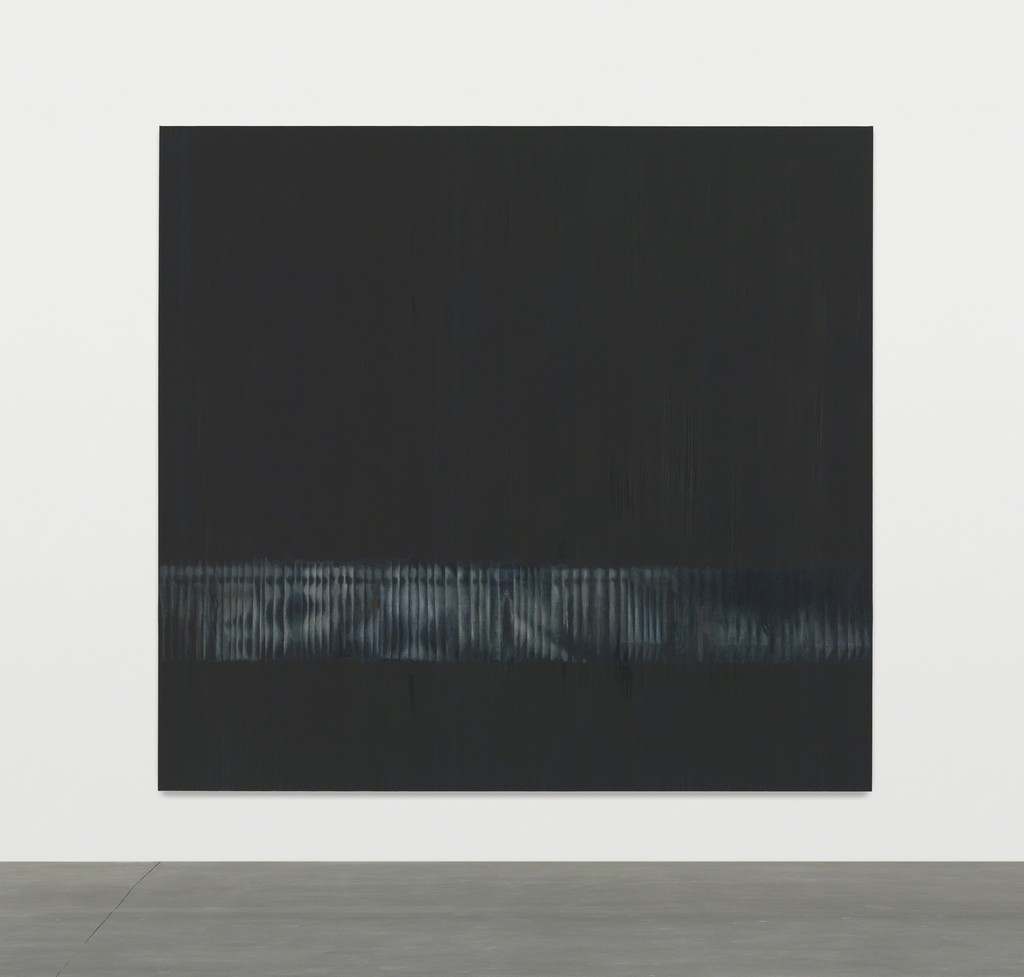 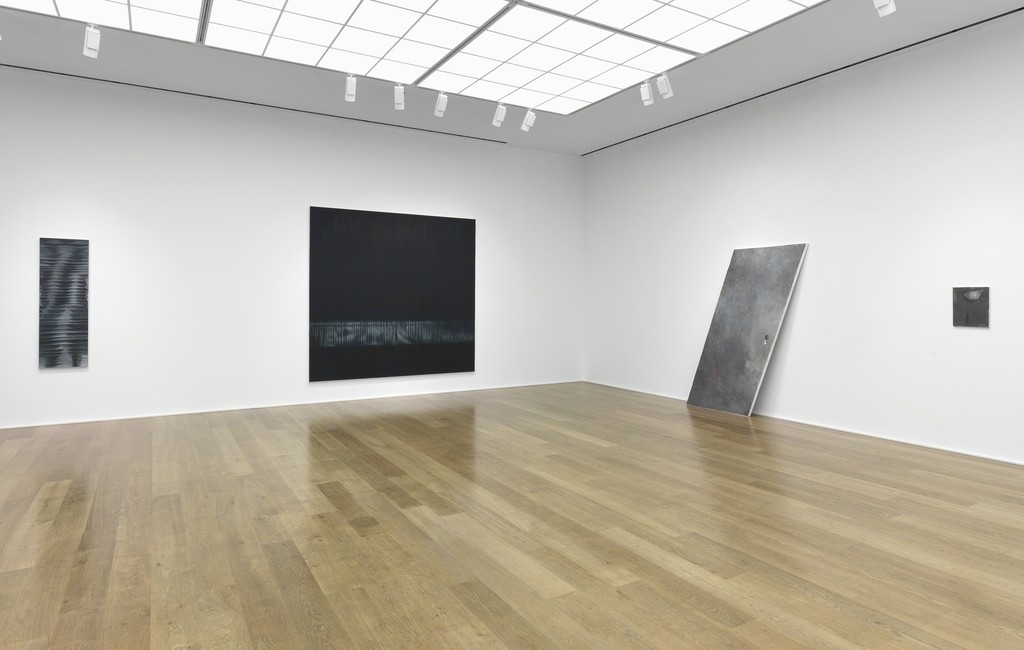 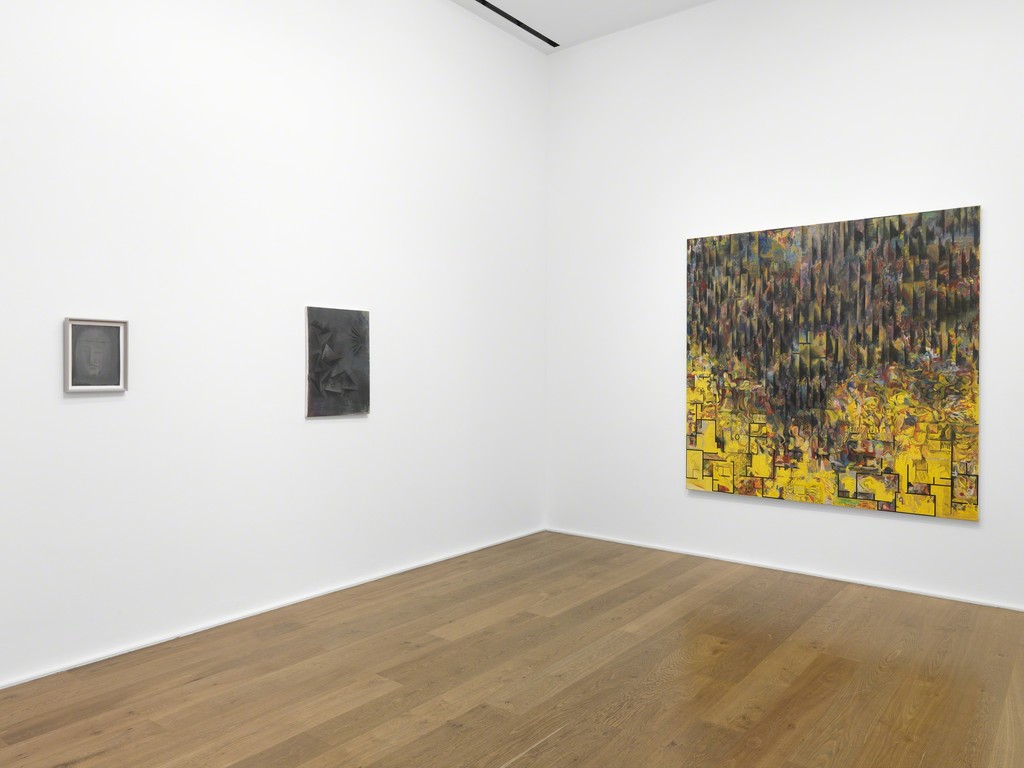 Hauser & Wirth London presents an exhibition of recent paintings by Argentine artist Guillermo Kuitca, whose unique cubistoid style masterfully reconciles abstraction with an illusionist form of figuration. Shifting from gestural mark-making to linear precision and incorporating diverse motifs – most often fragmented cartographies and architectural plans – his work mines different aesthetic styles and histories. This recent group of paintings is redolent of earlier bodies of work from the 1980s and 1990s in which stage-like spaces and architectural components are prominent. It also signposts a return to depicting the human figure.

The artist’s cubistoid style was initially developed for his Desenlace group of paintings, exhibited at the Argentine Pavilion at the 2007 Venice Biennale. Whilst recalling an ambiguous cubist aesthetic, Kuitca’s segmented forms and angular patterns eschew figurative references; instead they are the organising principle of the composition. To make them, he allowed human movement at its most elementary to choreograph the work. Pacing to and fro, he marked the canvases with short diagonal strokes as he walked, echoing a revelation he experienced at the age of 19: seeing the theatre of the avant-garde choreographer Pina Bausch in Buenos Aires, he was struck by her dictum, ‘walking is enough’. The smallness of human movement plays against an awareness of the vastness of the unknown.

The exhibition’s focal point is ‘Untitled (Exodus)’ (2015), a major large-scale canvas over six metres in length in which Kuitca builds an expansive rhythmic landscape of marks interrupted by a threshold, alluding to another space beyond the painting. Kuitca deftly transitions between the wholly abstract and the surreally figurative, blending these planes to create a subtle paradox. The opening creates a schism in the undulating, complex interplay of colourful marks and gestures, suggesting the presence of unseen realities and unreachable depths. A second untitled canvas, on a more diminutive scale, mirrors the composition and palette of ‘Untitled (Exodus)’, only here the clearly defined triangular forms have been replaced by loose daubs of colour. Kuitca envisages the work as a painting on the reverse of ‘Untitled (Exodus)’, implying two sides of the same wall or the opportunity to see ‘backstage’. One side is a raw alphabet of materials, an image as yet unformed, whereas the other depicts a fully delineated environment. Viewed together, these paintings represent two contrasting but equally ambiguous pictorial worlds.

Portals, doorways and transitional spaces recur throughout Kuitca’s recent body of work. This is, in part, a response to his completion of a number of wall paintings. These include a mural in his studio in Buenos Aires, a commission inside Durslade Farmhouse at Hauser & Wirth Somerset, and installations in New York and at Fondation Cartier pour l’art contemporain, Paris, France. These murals encouraged Kuitca to begin working on a larger scale and to bring elements of real spaces into his canvases, offering a resolution of two- and three-dimensional modes of working. The integration of architectural features also stems from his longstanding involvement with the theatre. The ambiguous architectures and spatial variations created by Kuitca in these works are more like stage sets than studies of inhabitable scenes; space is flattened and rather than mimetic representations, the doorways are merely black expanses.

Kuitca’s preoccupation with topography is also present within the new paintings, most prominently in a large-scale canvas that was 12 years in the making. In ‘Untitled’ (2003 – 2015), a fractured wave of densely pigmented shapes reverberates down the canvas, engulfing a bright yellow base plotted with regimented rectangular forms. Governed by the rigid lines of a floor plan, his colourful marks dance and ripple across the canvas spilling into the network of barriers. In Kuitca’s L’Encyclopédie series, the edges of maps were dissolved by water or ruptured through the delamination of multiple layers of paper and ink. In ‘Untitled’ these two styles converge to create a rich cacophony of colour and movement.

The exhibition is accompanied by a new monograph co-published by Snoeck and Hauser & Wirth Publishers with a contribution by Michael FitzGerald, Professor of Fine Arts at Trinity College in Hartford CT. Among many publications and exhibitions, FitzGerald curated ‘Post-Picasso: Contemporary Reactions’ for the Museu Picasso, Barcelona in 2014.

Hans Hurch, Director of Vienna International Film Festival, speaks with the artist about his new body of work, at Hauser & Wirth London on Tuesday 31 May, from 6.30 pm. Admission is free but booking is recommended. Please email [email protected] to reserve a place.