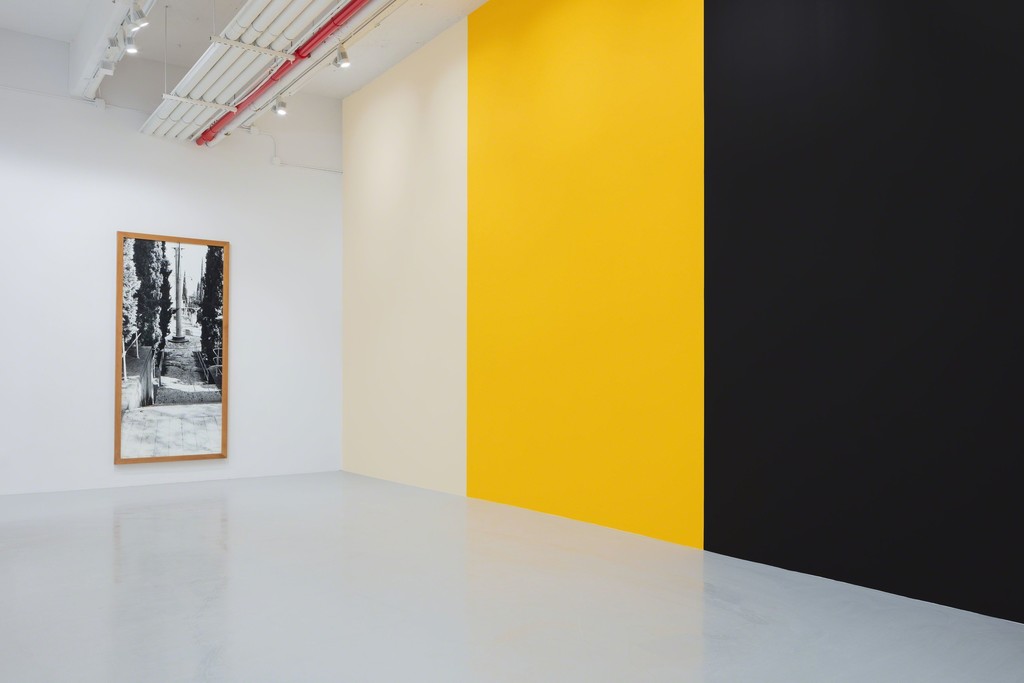 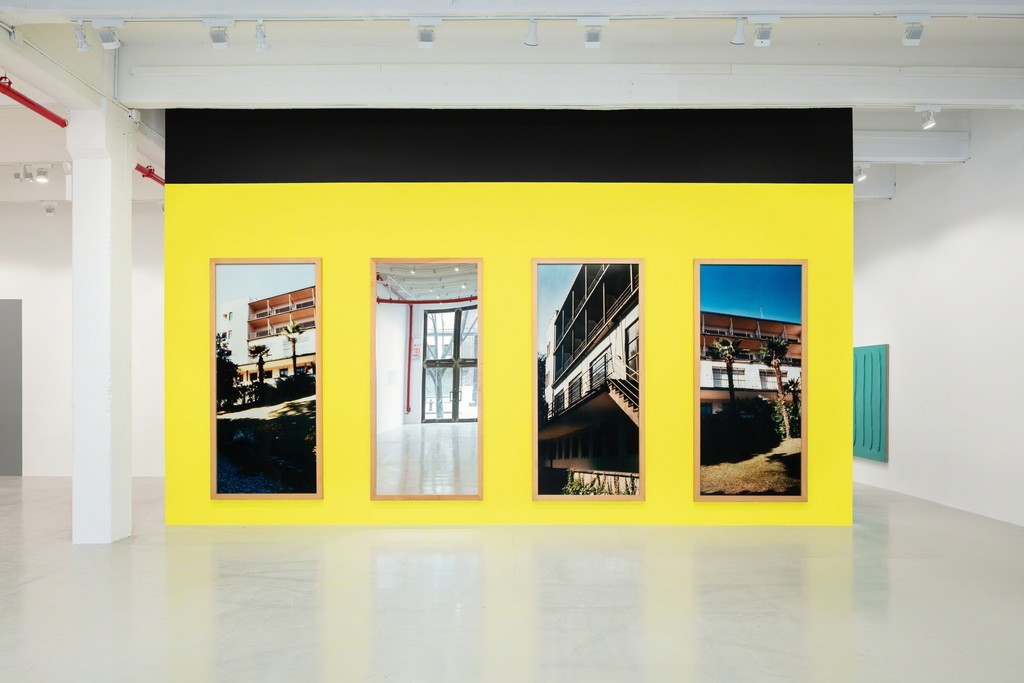 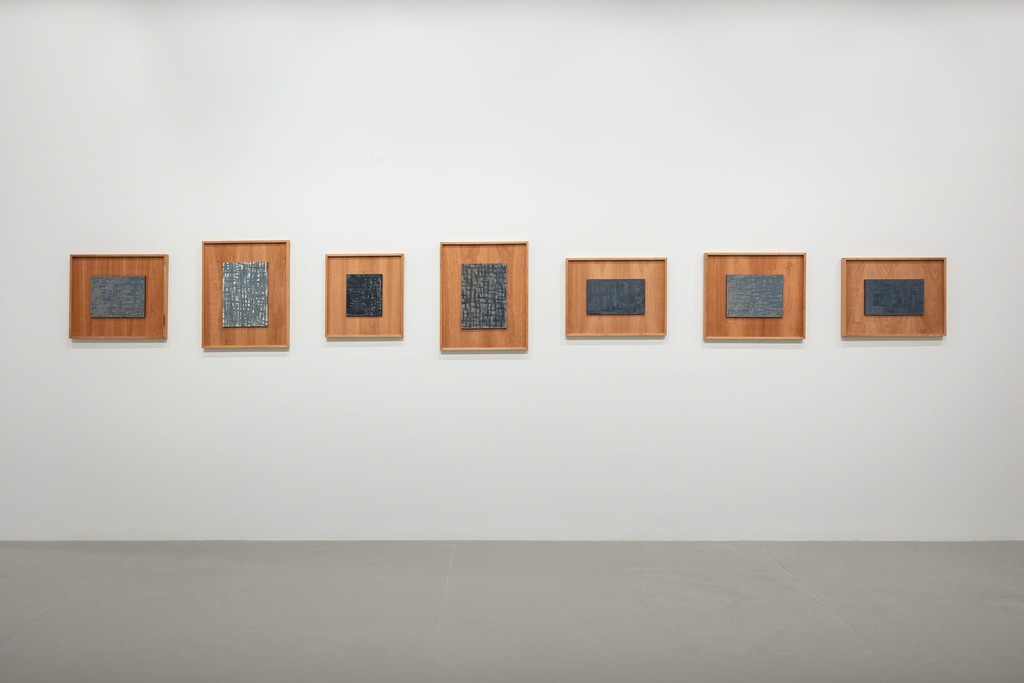 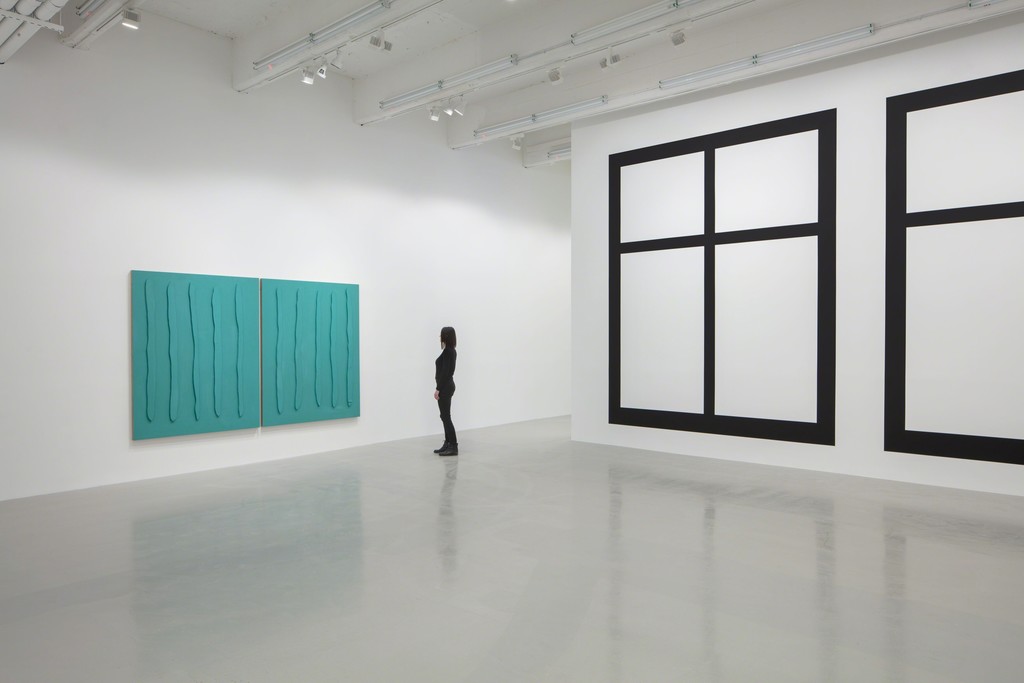 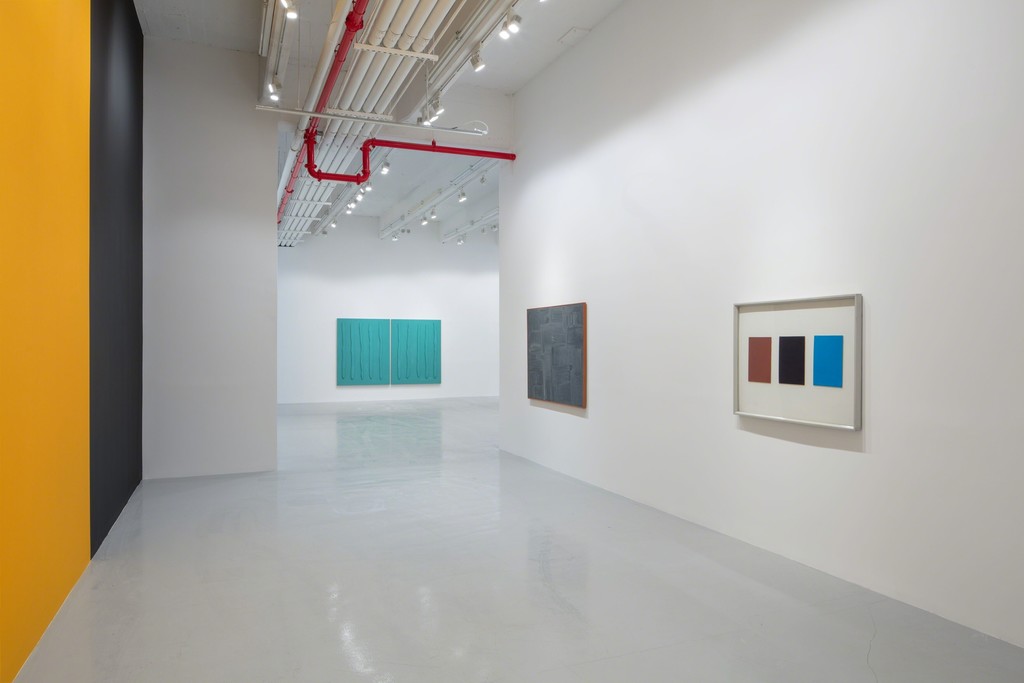 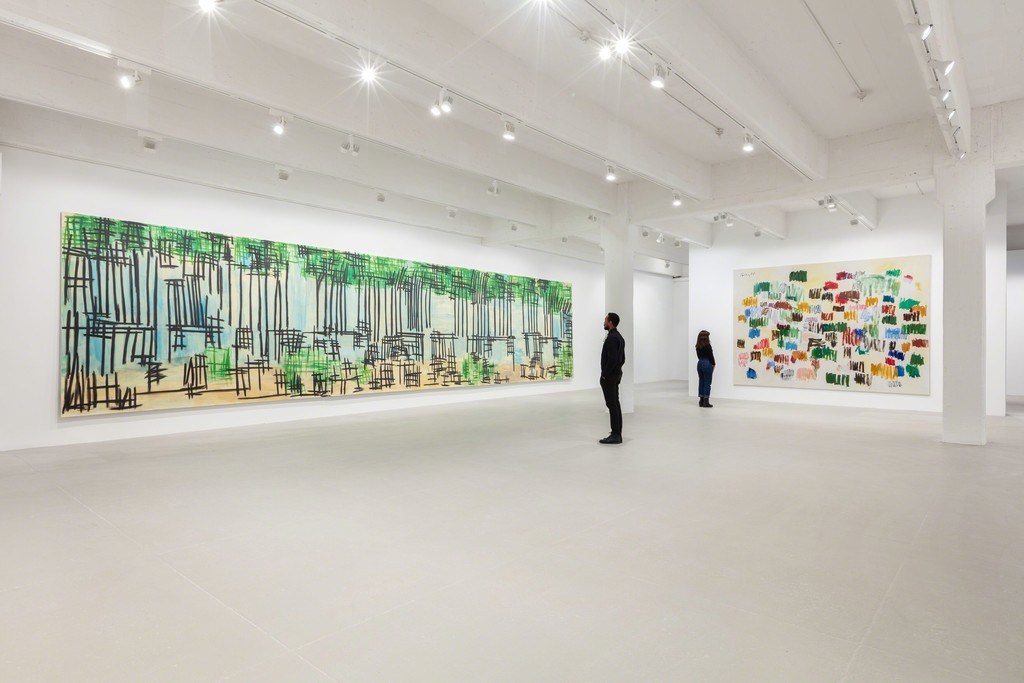 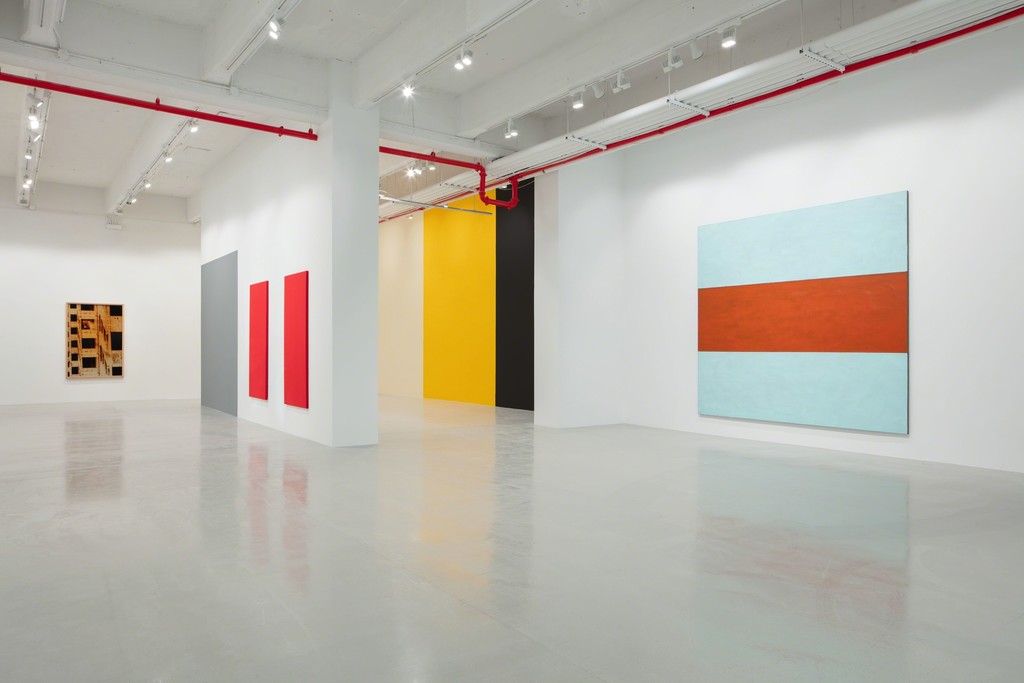 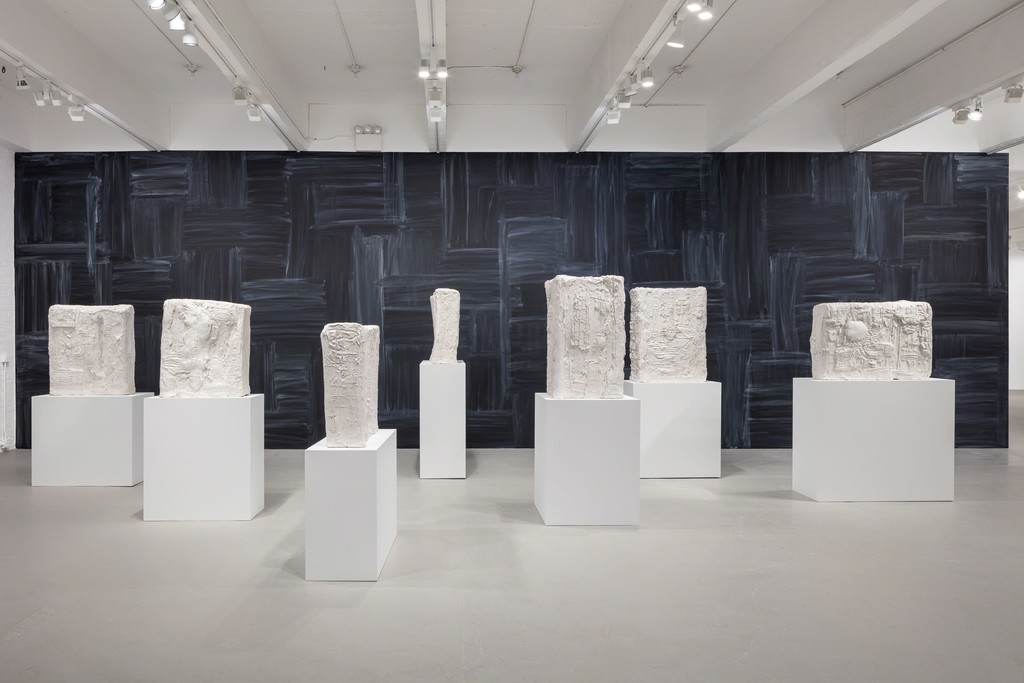 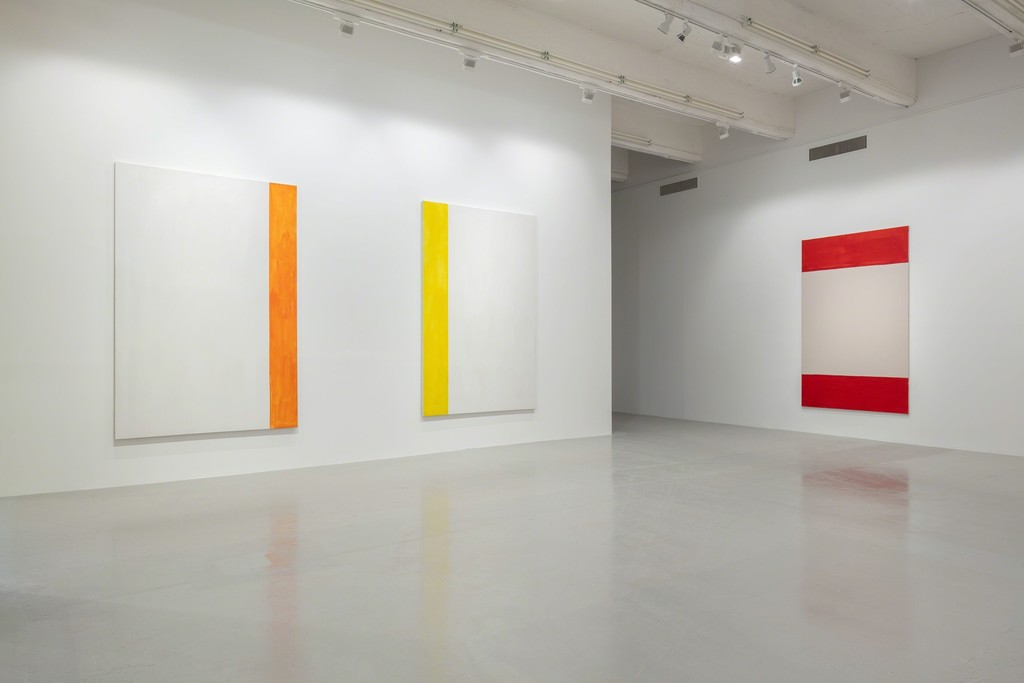 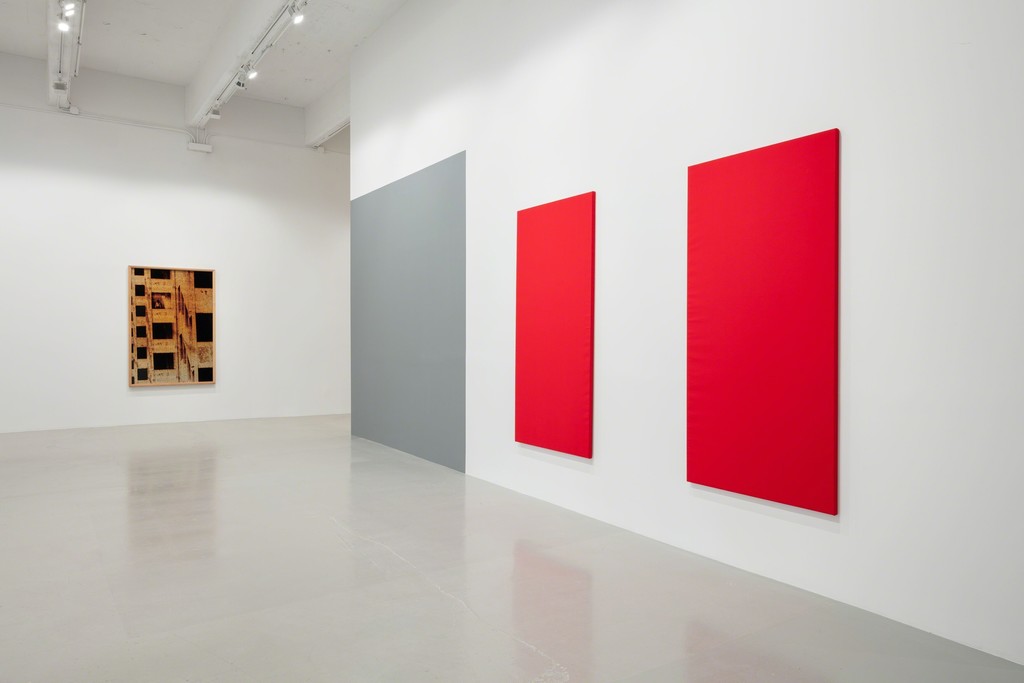 Hauser & Wirth is pleased to present ‘Günther Förg. Works from 1986 – 2007,’ the gallery’s first exhibition devoted to Förg since announcing representation of the artist’s estate in June 2018. Born in Füssen, Germany, Förg was a prolific painter, sculptor, graphic designer, and photographer whose daring conceptual works subsume and critique Modernist tropes. Throughout his life, Förg tirelessly engaged the intellectual context in which 20th century art evolved, creating deft and witty responses to the formal abstraction of Blinky Palermo, the figuration of Paul Klee, and the Expressionism of Clyfford Still and Mark Rothko, among others. In so doing, he left behind an oeuvre that defies easy categorization.

On view 24 January through 6 April 2019, the exhibition surveys the breadth of Förg’s expression – from monochrome painting, color studies, and photography to wall paintings, bronze reliefs, and sculpture – highlighting the multidisciplinary nature of his practice which unfolded as a series of ambitious yet sustained investigations. In a decidedly postmodern approach, Förg reveals the porosity of artistic production and philosophies.

Forming a central component of his artistic output, Förg’s Wall Paintings were conceived as site-specific responses to their structural surroundings, the first of which was created in 1978 at a friend’s apartment, where Förg coated a section of the wall in red tempera paint. In doing so, he heightened one’s perception of the wall, ceiling, and floor through an awareness of color as an element of space. Subsequent iterations were overlapped or adjoined with photographs, mirrors, fabric, and text, introducing a spatio-temporal dynamic that is palpable in ‘Wall painting Wiener Secession,’ one of five Wall Paintings on view. Titled after the Austrian institution in which it was initially installed in 1990, ‘Wall painting Wiener Secession’ abstracts and collapses the boundaries between painting, photography, architecture, and installation. Förg uses architectural photographs as apertures to yet another site: Monte Verità, a utopian hilltop cooperative and artistic haven in Ascona, Switzerland, founded at the turn of the 20th century.

Pointing to the vocabulary of architecture as both subject and device, Förg’s large-format images of historically significant buildings, once hailed as modernist paradigms, are captured at odd angles, emphasizing the disrepair of their facades and the obsolescence of projected ideologies. Other photographs are taken from interiors, framing our view of an exterior through the grid of a windowpane.

Förg’s interest in the structural and philosophical parameters of space also permeates the formal compositions of his Color-Field paintings, which he began as early as 1976. Composed of hard-edged applications of acrylic paint on canvas or lead and wood, Förg simultaneously conjures the metaphysical aspirations and chromatic experimentation of Barnett Newman and Mark Rothko, while undermining the idea of transcendence and the sublime through quickened gestures of paint and the raw appearance of substrata.

Ascending to the second floor of the gallery, the exhibition reveals Förg’s sculptural production in seven plaster and steel works, created in 1995. Resembling a group of small white menhirs, these works manifest as three-dimensional tributes to the restrained strategies of modernists like Henri Matisse and the monochromatic investigations of conceptual artists like Robert Ryman, uniting a sensual, expressive handling of formal disciplines and geometric structures. Although he began creating bronze relief and sculpture in the late 1980s, Förg did not consider himself a sculptor; rather, this component of his practice was based on the simplification of construction and the haptic perception of structure and void. Here, subtle variations of etched lines pulse across plaster surfaces, echoing the grid-like cross hatching of the adjacent ‘Wall painting ABN Amro, Amsterdam’ (1999), a work that signals a return to Förg’s early Grey Paintings – a series of dense, elegant works that evidence the artist’s ever evolving relationship with the monochrome and investigations of materiality.

In what would be his last series, Förg’s Spot Paintings (2007 – 2009) represent a return to expressive painting, indicating a completion of sorts – a full-circle arrival at painting as a synthesis of experimentation, rooted in art history. Förg enveloped the entire surface of his final Spot Painting in grey paint, a call and response to his own legacy. In the artist’s own words, ‘I think painting is a resilient practice; if you look through the history of painting it doesn’t change so much and we always see it in the present. It is still now.’