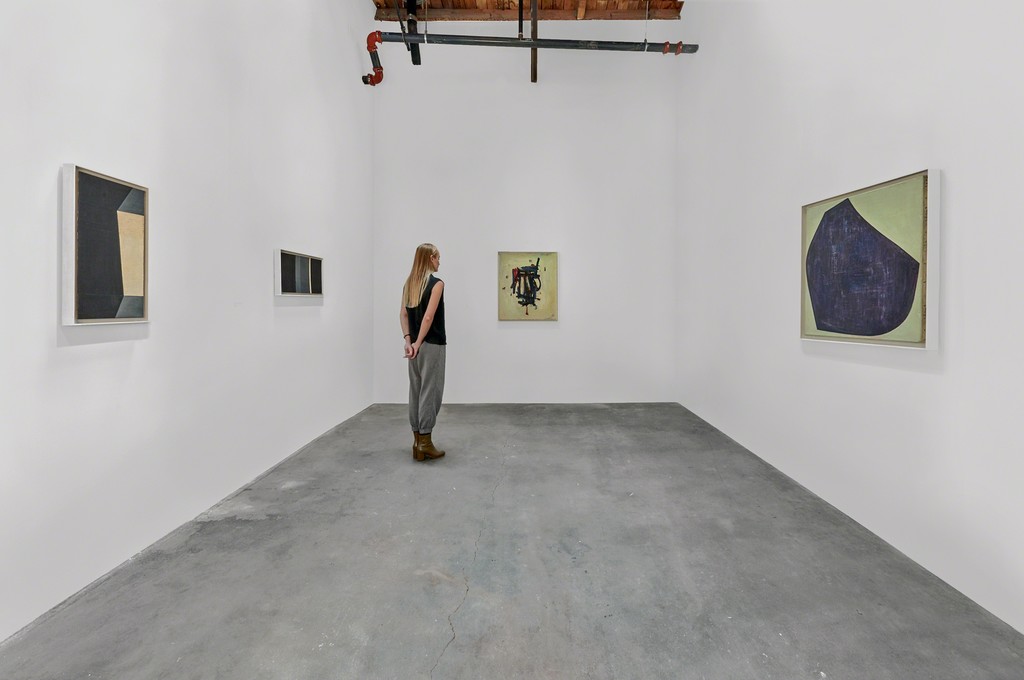 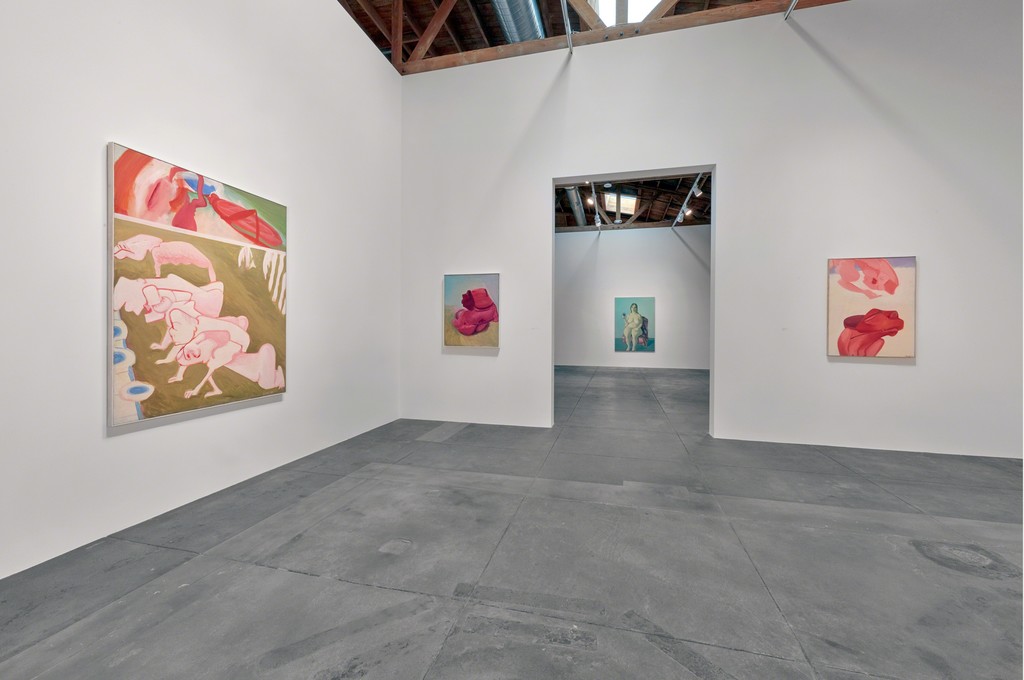 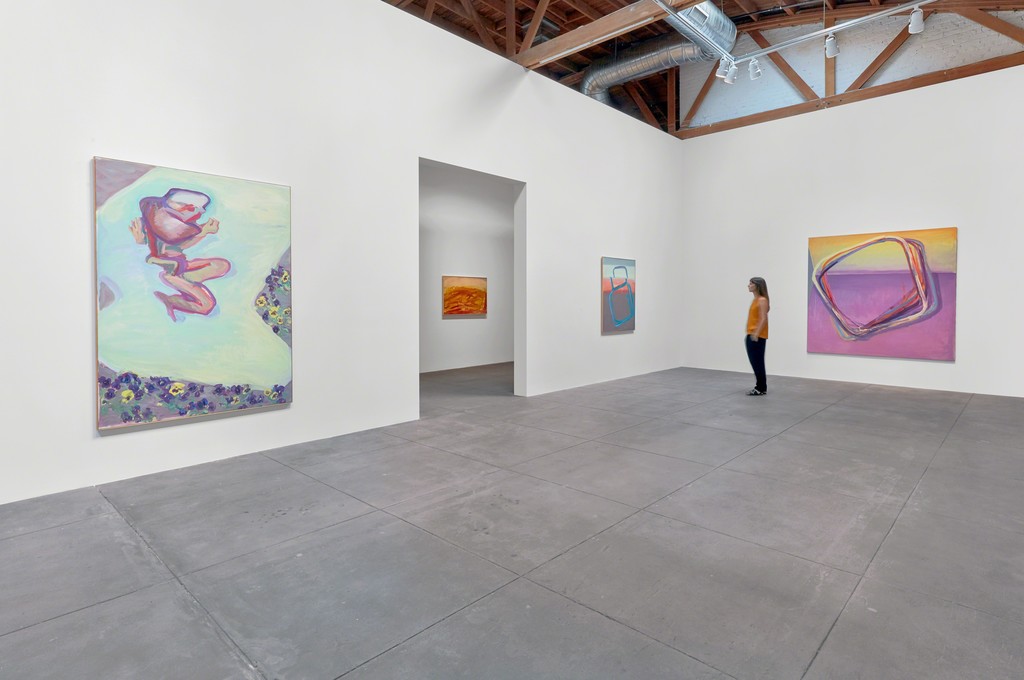 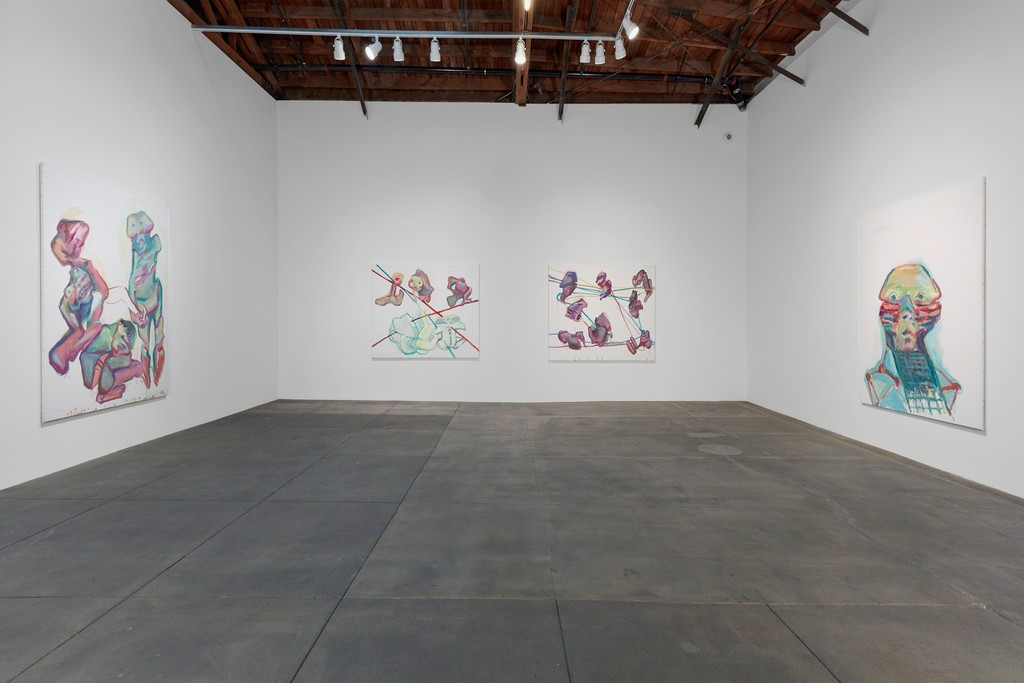 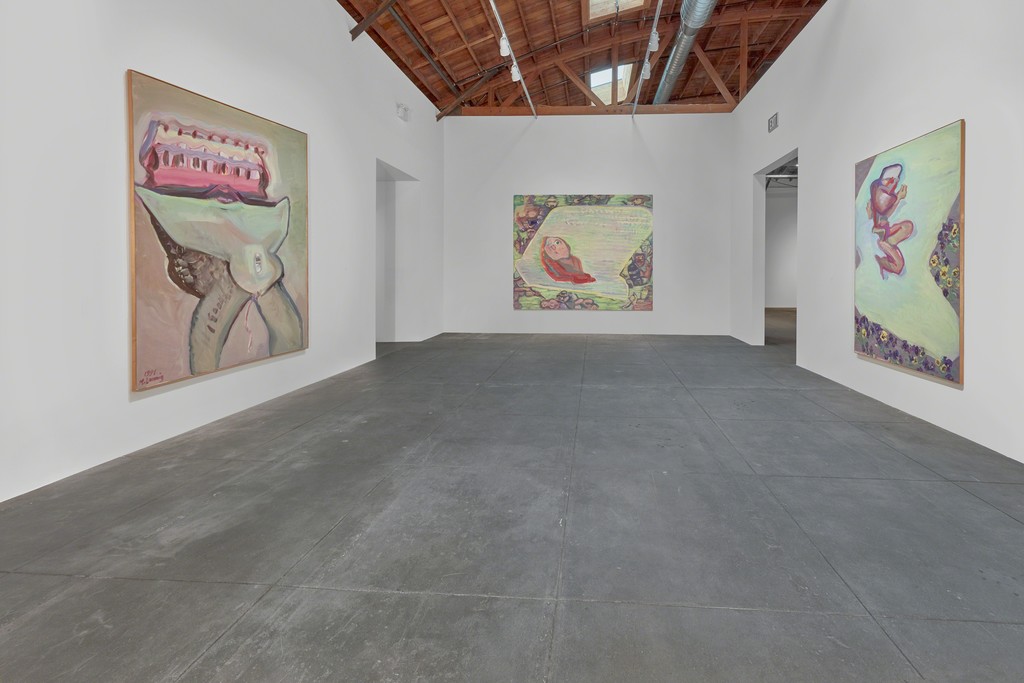 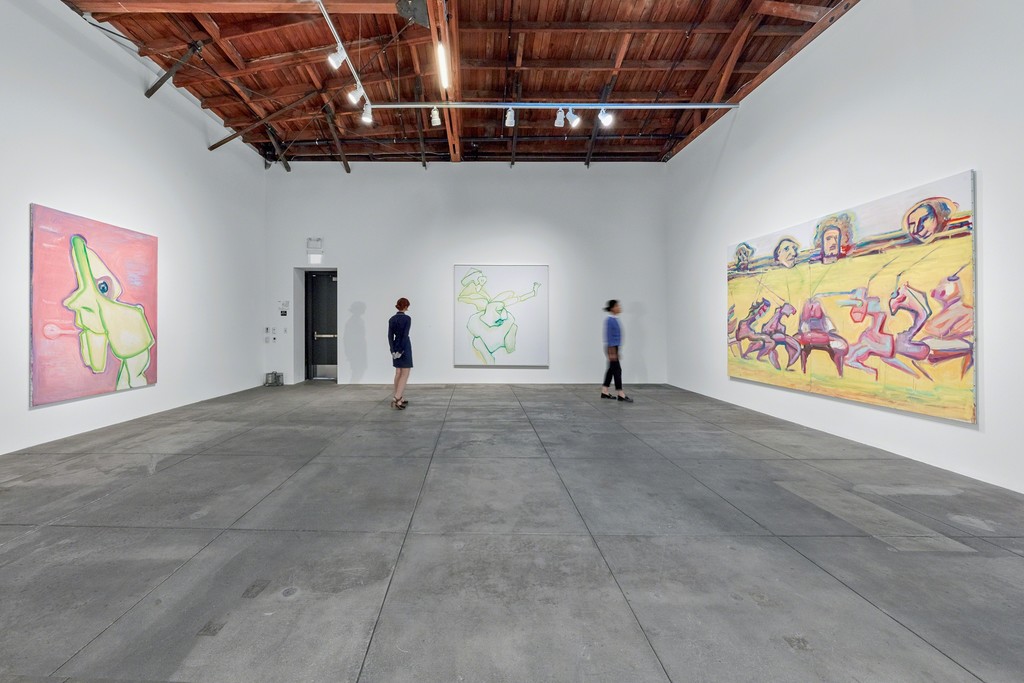 Los Angeles... Beginning 16 September 2016, Hauser Wirth & Schimmel is pleased to present ‘Maria Lassnig. A Painting Survey, 1950 – 2007,’ the first Los Angeles solo exhibition for the acclaimed late Austrian artist. Spanning work made from the 1950s to the end of the artist’s life, this survey traces Lassnig’s evolution from early experiments with abstraction to a richly inventive figuration and the refinement of her ‘body awareness’ paintings, in which she captured physical sensation as felt from within. Lassnig devoted much of her career to recording her physiological states through a direct and unflinching style, believing that ‘truth resides in the emotions produced within the physical shell.’ Pursuing her extraordinary science of the self, Lassnig rendered an oeuvre that has influenced such important younger artists as Martin Kippenberger and Paul McCarthy.

‘Maria Lassnig. A Painting Survey, 1950 – 2007’ will be on view through 31 December 2016. The exhibition has been organized by Peter Pakesch, Chairman of the Maria Lassnig Foundation, Vienna, and Paul Schimmel, Vice-President and Partner, Hauser Wirth & Schimmel. A major international retrospective of works by Lassnig is currently touring Tate Liverpool, Liverpool, England; Kunsten Museum of Modern Art Aalborg, Aalborg, Denmark; Museum Folkwang, Essen, Germany; and the National Gallery, Prague, Czech Republic, through 2018. A 2017 retrospective of Lassnig’s works on paper will travel from the Albertina, Vienna, Austria to Kunstmuseum Basel, Basel, Switzerland.

About the Exhibition
‘Maria Lassnig. A Painting Survey, 1950 – 2007’ reveals the ways in which the artist drew from and challenged conventions of abstraction to create a singular figuration.

Organized chronologically, the exhibition unfolds over five rooms, beginning with the early 1950s. In such rarely seen oil paintings as the 1953 works ‘Flächenteilung Schwarz-Weiß-Grau 2’ and ‘Flächenteilung Schwarz-Weiß-Grau 1,’ viewers can see Lassnig exploring an abstract visual language bolstered by her immersion in French avant-garde circles and her relationships with such writers as Paul Celan, Friederike Mayröcker, and Oswald Wiener.

By the late 1950s and early 1960s, Lassnig’s work had turned to gestural, field-like abstract landscapes, exemplified by ‘Tachismus 4’ (1958/1959) and ‘Untitled’ (ca. 1960), in which her earlier subdued palette is replaced by intense, warm color. At the same time, an innovative figuration, expressive and painterly, is beginning to emerge. In such canvases as ‘Selbstporträt als Tier’ (1963) and ‘Balancing Myself’ (1965), Lassnig trains her eye upon herself, offering up works that are caricatured, allegorical, and psychologically penetrating. Her intense color palette in this period, with hot pinks and florid purples and reds, is deliberately unnatural, provoking a re-evalutation of the figure-ground relationship.

In the 1970s, Lassnig turns to a subtler, cooler, but equally surreal palette to portray recognizable nude figures, including the two self-portraits on view ‘Dreifaches Selbstporträt/New Self’ (1972) and ‘Selbstporträt mit Weinglas’ (1975). These depictions of solitude give way in the 1980s to figures barely recognizable as human, but whose raw vulnerability is instantly legible as Lassnig’s. By the end of the decade, the artist’s ongoing exploration of figure-ground tensions is expressed in such works as ‘Große Flächenteilung/Spiegel’ (1989) and ‘Unterbrechung’ (1989), in which simple shapes are painted over horizontal swaths of intense and even acrid contrasting color fields.

The last room of the exhibition presents works from 1990s and 2000s. Here Lassnig has moved from an agitated, intense palette to cool, vivid, and complementary hues. Fragmented figures in some works – ‘Generationsfußtritt/Generationsprobleme II’ (1998/99) and ‘Be-Ziehungen VI’ (1994), for example – seem to suggest the artist confronting questions of knowledge, language, and generational conflict.

About the Artist
Born in Carinthia in Southern Austria, Maria Lassnig (1919 – 2014) studied at the Academy of Fine Arts in Vienna in the midst of the Second World War, beginning in the winter semester 1940/1941 and graduating in 1945. In post-war Europe, she quickly moved away from the state-approved academic realism in which she had been trained, turning to Austria’s own avant-garde past and finding inspiration in the coloration of Oskar Kokoschka and the expressionist figuration of Egon Schiele. She continued to develop her painting practice, moving between Vienna and Paris, where she lived from 1961 to 1968. In 1968, Lassnig moved to New York, where she lived and worked in various studios, first in Queens, then in the East Village from 1969, and in SoHo from 1974 to 1978. In 1978, she received a scholarship from the German Academic Exchange Service (DAAD) and went for a year to Berlin. In 1979, Lassnig returned to New York, where she inhabited an apartment on First Avenue. Lassnig’s New York era brought significant artistic growth. She created pioneering work in film, producing a series of remarkably inventive animations, before she returned to Austria in 1980 at the age of 60.

In 1980, Lassnig was awarded a professorship – with a focus on painting – at the University of Applied Arts in Vienna. From 1980 to 1989, Lassnig held the master class for ‘Gestaltungslehre – experimentelles Gestalten.’ Apart from painting, she also taught animated film.

In 1980, Lassnig co-represented Austria in the 39th Venice Biennale, and went on to participate in documenta 7 (1982) and documenta X (1997). Her 2014 solo exhibition at MoMA PS1, Long Island City NY, was the first major US show of the artist’s work. Lassnig’s work has been the subject of many well-attended international solo exhibitions, including surveys at the Stedelijk Museum, Amsterdam, Netherlands (1994); Centre Georges Pompidou, Paris, France (1995); and the Serpentine Gallery, London, England (2008).