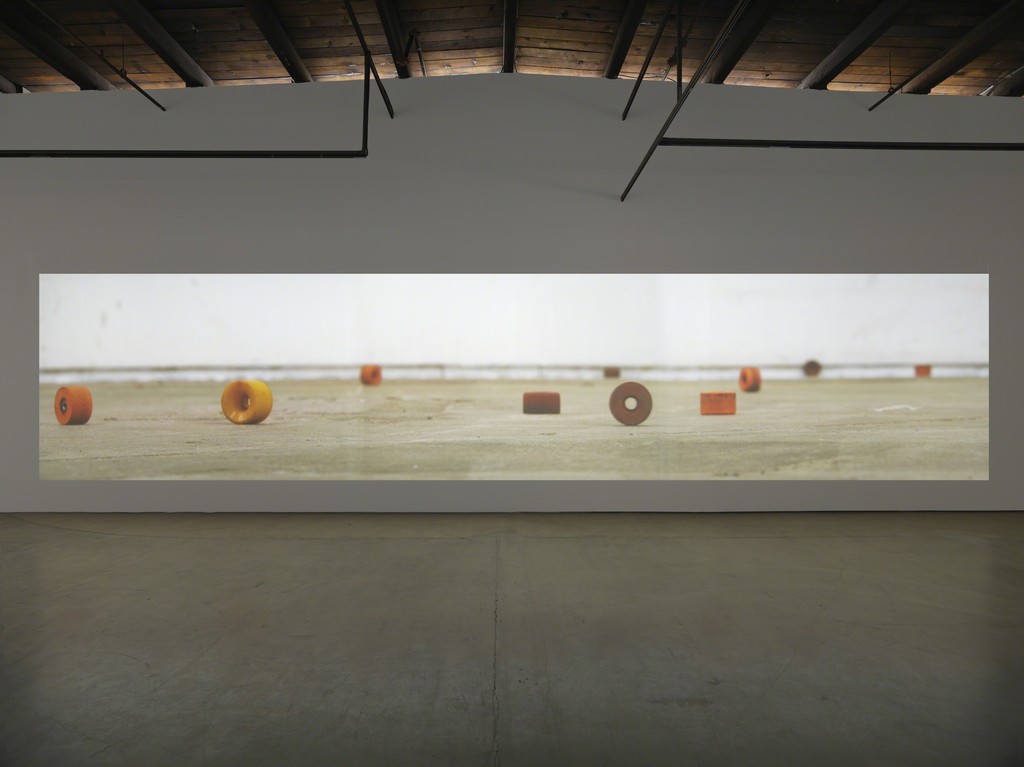 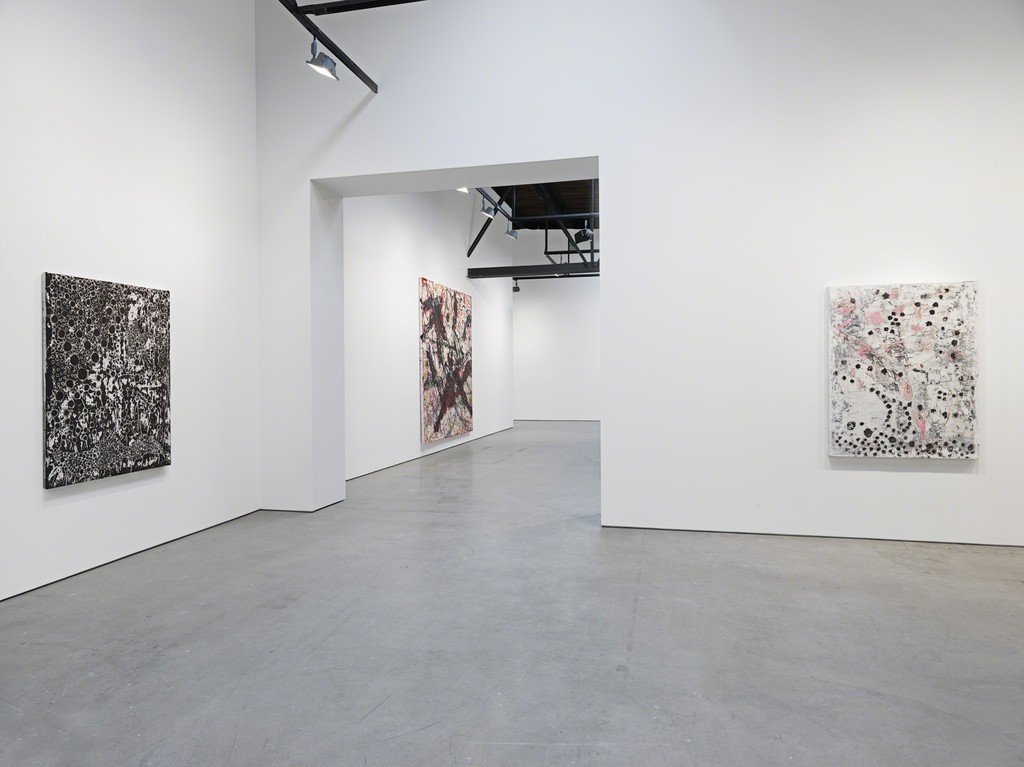 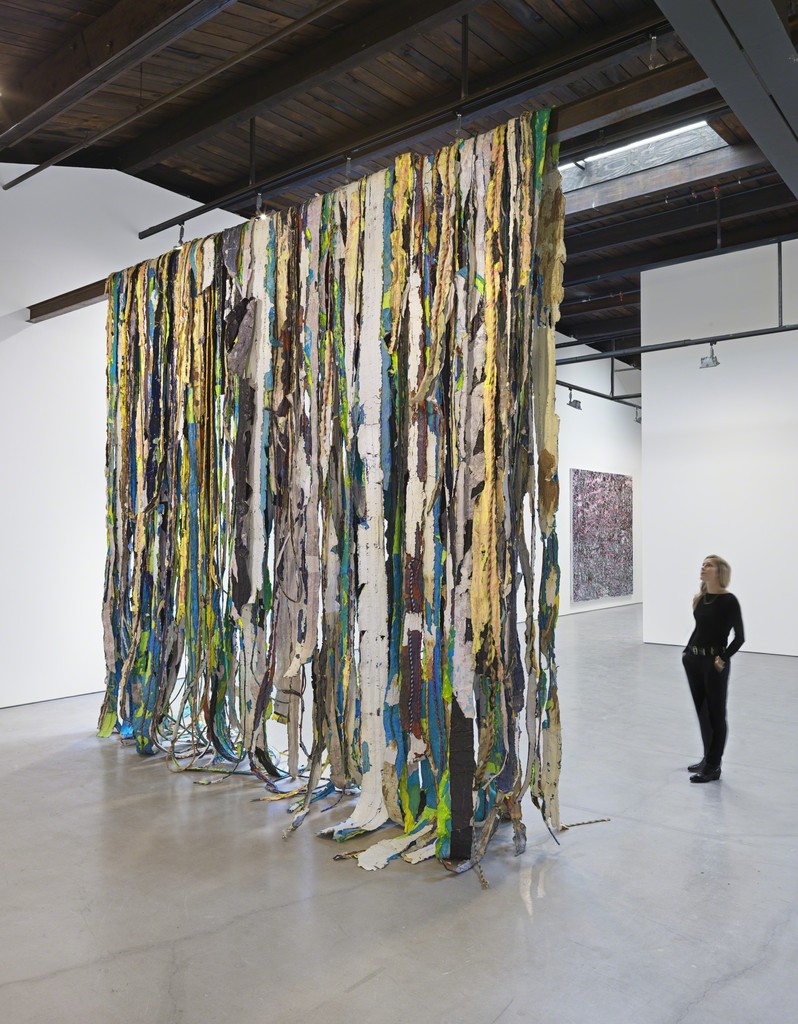 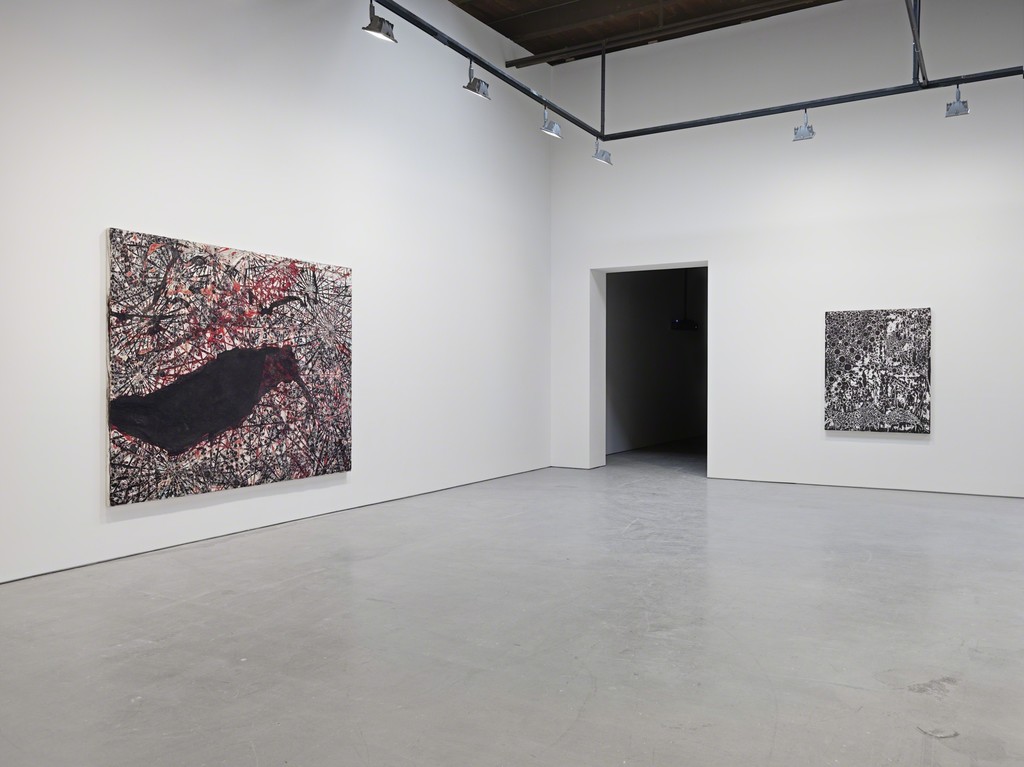 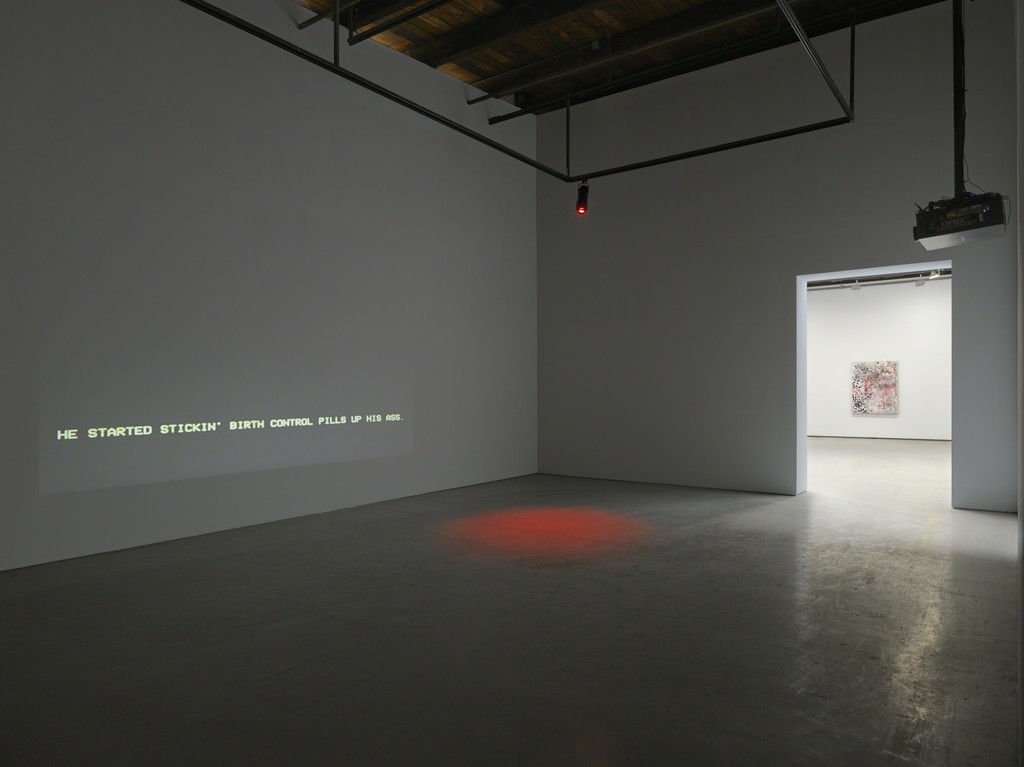 Beginning 7 November 2015, Hauser & Wirth will present ‘Mark Bradford. Be Strong Boquan’, the gallery’s first New York exhibition devoted to the Los Angeles-based artist. Recognized for expansive multi-layered collage paintings that are built up into intricate and mysterious layers, Bradford is admired for his uncanny ability to conflate the chaos of social and political forces with a particularly rigorous physical and conceptual approach to each canvas. Bradford’s subjects – and his ideas about places and about the people and the networks that constitute and bind them together – are explored through the materiality of his works, which physically recover lived experiences of his urban environment.

On view through 23 December 2015 at Hauser & Wirth’s West Chelsea location, ‘Be Strong Boquan’ takes its title from Bradford’s new multimedia work ‘Spiderman’ (2015), which is presented together here with a series of new paintings, sculpture, and a second video installation. The exhibition builds upon ideas explored in the artist’s recent solo show at the Hammer Museum, Los Angeles CA, referencing issues ranging from the AIDS epidemic in the early 1980s and society’s misrepresentation and fear of queer identity, to the brutality and lasting outrage resulting from the race riots in Los Angeles during the early 1990s. Bradford’s latest work finds the artist returning to these themes, reaching back to the touchstone experiences of his early career and carving into his art the potent memories of youth and the political and social policies that ignited conflagrations over questions of culture, race, sexuality, and gender.

On the occasion of the exhibition’s opening on Saturday 7 November 2015, Hauser & Wirth will host a public conversation between Mark Bradford and Thelma Golden, Director and Chief Curator of the Studio Museum in Harlem NY. To attend this event please RSVP to [email protected] by Thursday 5 November 2015.

Among highlights of ‘Be Strong Boquan’ is ‘Deimos’ (2015), a new video installation that evokes the spirit of the 1970s and early 1980s, when roller discos and nightclubs were central elements of mainstream culture. As a young man, Bradford spent his days working in his mother’s beauty salon and his evenings dancing at nightclubs, finding community in the nighttime scene. Abstracting the socio-political space of LA’s club culture, ‘Deimos’ makes reference to the charged vulnerability of a city, its inhabitants, and the single human body in the context of intensifying identity politics and the shattering reality of the AIDS crisis. Monumentally projected across one wall of the gallery, ‘Deimos’ portrays the end of a party: the lights have been flipped on and all that remains of the preceding raucous evening are roller skate wheels drifting across an empty studio floor as disco funk plays on. The upbeat, old school rhythm and groove soundtrack is ‘Grateful’ by Sylvester, the legendary ‘Queen of Disco’ born and raised in the infamous Los Angeles district of South Central. The flamboyant entertainer, known for his soaring falsetto voice and magnificent androgyny, captivated audiences and achieved fame before eventually losing his own battle to AIDS.

‘Be Strong Boquan’ also presents a group of new canvases by Bradford that reveal the artist working in his characteristic painting style. The artist embosses his canvases with layers of billboard papers, newsprint, and merchant posters, creating an intricate network of pathways and histories that veil politically-charged content in abstraction. A palette of fleshy pinks, blistered whites, and thickly bruised and clotted black dominates these works, which draw inspiration from molecular and cellular imagery of the human body. Bradford’s work results from a physically challenging process in which he builds and expunges his surfaces; each scrap of paper, added or ripped away, is equivalent to a brushstroke in paint. Weathered and gouged, deep lacerations cut through the canvas like arterial veins or pathways of muscular tissue. In spots where Bradford has used a hand sander to peel back underlying layers, viewers find lesion-like passages that conjure burn marks and scars. While the artist’s paintings at once recall images of the singular lived body, Bradford has also long engaged strategies of mapping; and here we find him charting the cultural history of a population with each determined mark, drawing attention to a beautiful but pained landscape subject to vulnerability and duress.

Among paintings on view is the monumental ‘Waterfall’ (2015), which collects, drapes, and reconfigures salvaged scraps of material from Bradford’s recent ‘pull paintings’. As their name implies, these works are created by alternately layering canvas with sheets of billboard flyers and twine, then pulling or ripping the twine from the worked surfaces. Bradford removes long, fibrous strips that bleed through one luminous layer of color to another. In ‘Waterfall’, the process of excavation is also one of transformation and regeneration.

The exhibition culminates with ‘Spiderman’ (2015), a multimedia installation that parodies the tropes of black stand-up comedy. In a dimly lit room, a glowing red light signals the presence of a stage and the imminent arrival of a performer, whose image, however, never materializes. Responding to actor and comedian Eddie Murphy’s slanderous rants about sexuality in the 1983 comedic film ‘Delirious’, Bradford recasts the performer in the video as the disembodied voice of a transgender man. The character’s routine connects us back to a moment of hysteria and homophobia in the 1980s, and implicates the power of language to exploit and abuse. Bradford’s unseen comedian cracks jokes about Michael Jackson’s jheri curls, Eazy-E’s battle with HIV, and the black community’s encounter with AIDS. A laugh track suggests a large audience convulsed in laughter while text projected upon the otherwise blank black wall tracks the monologue and compels us to imagine the stereotypes being invoked and our roles in perpetuating them. The comedian is speaking to Boquan, but Bradford is speaking to us.