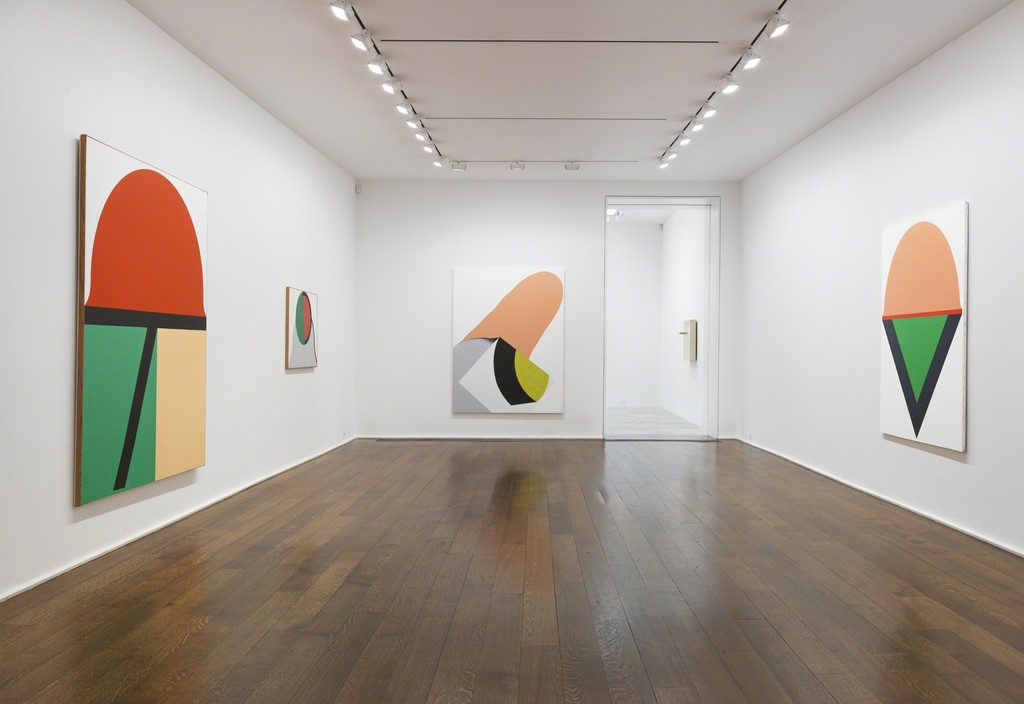 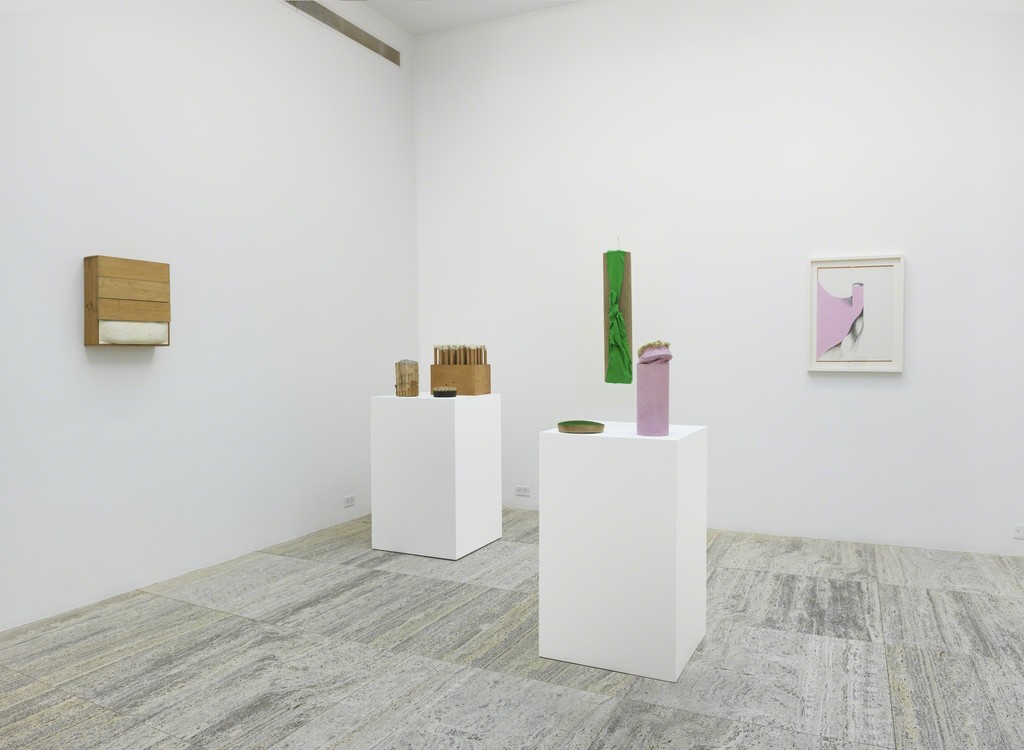 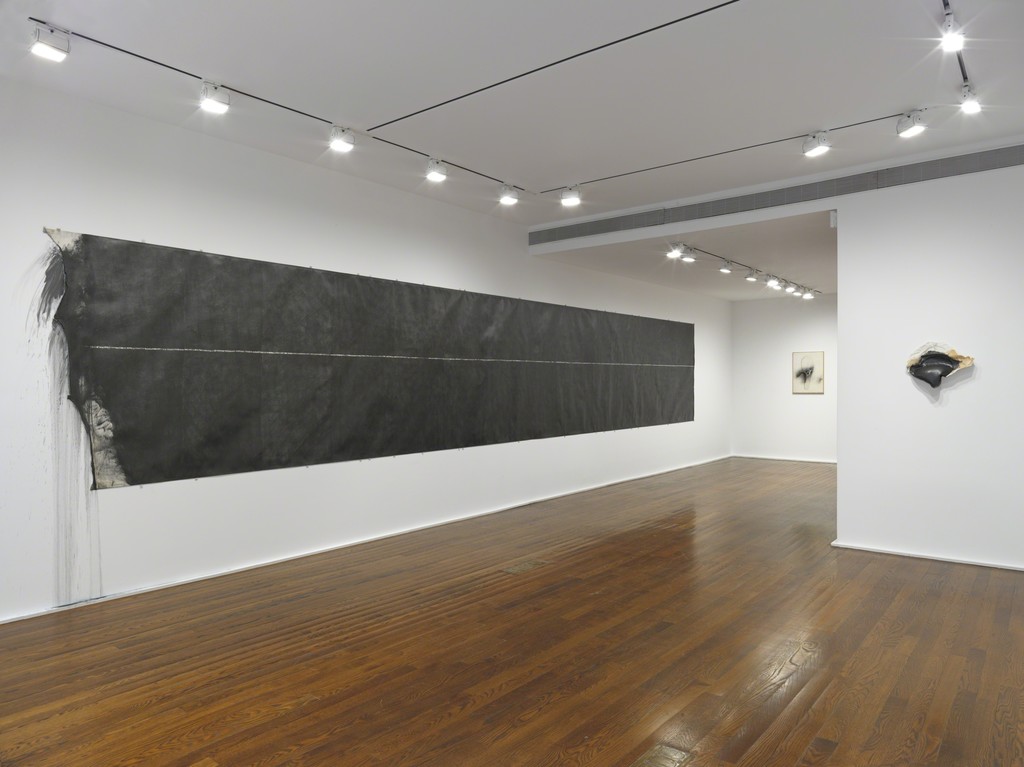 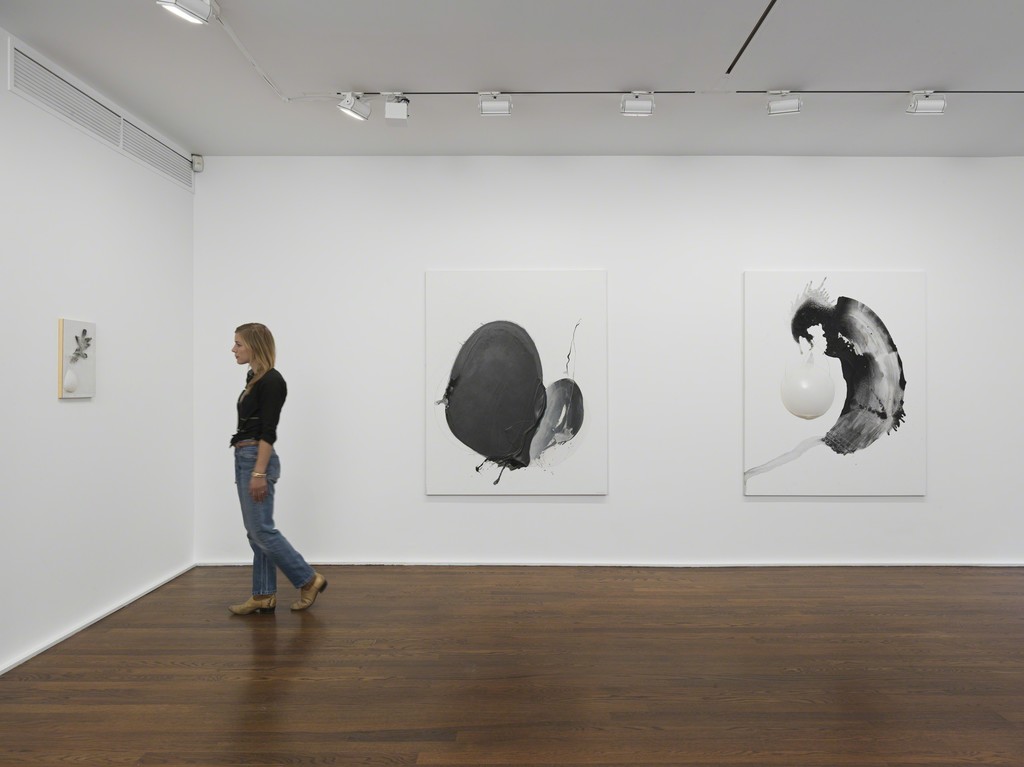 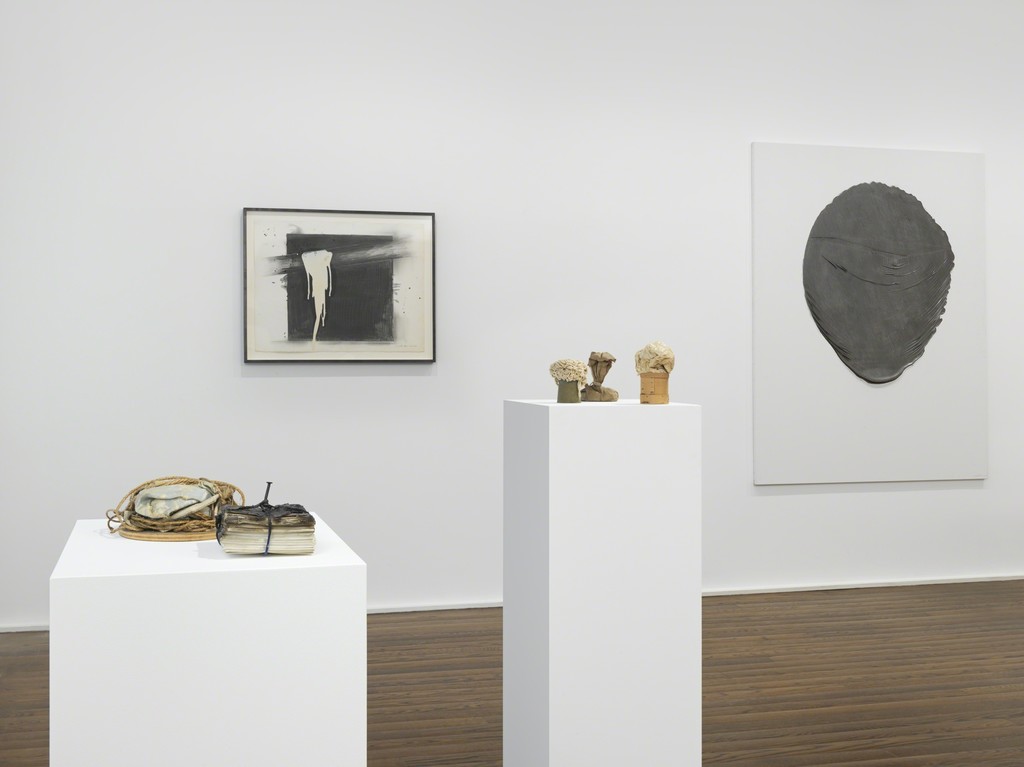 Beginning 4 November 2015, Hauser & Wirth will present the gallery’s first New York exhibition devoted to internationally-admired Osaka-born, Paris-based artist Takesada Matsutani. Over a five-decade career that began with his participation in the Gutai Art Association and evolved to express the tangled complexities of a life lived between France and Japan, Matsutani has developed a unique visual language of form and materials. His work plays with notions of time and the movement of our bodies through it. Engaging themes of the eternal and the infinite, and echoing the endless cycles of life and death, Matsutani merges
material, hue, and movement to arrive at an art about the present moment and the reverberating forces and unceasing currents from which life itself flows.

Highlighting the artist’s practice in Paris at the beginning of the 1970s, ‘Takesada Matsutani’ at Hauser & Wirth will present never before seen paintings and sculptures from the artist’s early career, as well as a selection of drawings, and new abstractions in his signature medium of graphite and vinyl glue. Organized with Olivier Renaud-Clément, the exhibition will remain on view at the gallery’s East 69th Street location through 23 December 2015.

Takesada Matsutani was a recognized member of Japan’s avant-garde Gutai Art Association (1954 – 1972) when he set forth to France in 1966 on a journey that would transform his career. Developing an aesthetic in his formative years through radical experimentations with vinyl glue, the young artist impregnated the surface of his canvases with bulbous elements, using his own breath to create swollen and ruptured forms evocative of flesh and wounds. For his ability to elicit the sensual tactility of his materials and create viscerally profound new forms, Matsutani was awarded first prize at the First Mainichi Art Competition and received a six-month scholarship from the French government to study abroad. While the teachings and ethos of Gutai have exerted an enduring influence upon the artist, nearly 50 years later Matsutani still calls Paris his home.

Visitors will encounter Matsutani’s bold, colorful paintings from the early 1970s, a radical body of work that reveals the evolution of his earlier formative notions. Soon after moving to Paris and beginning work at renowned engraver Stanley William Hayter’s Atelier 17, Matsutani devoted himself to the techniques of etching, printmaking, and silkscreen. Hayter’s workshop was a center for creative exchange and collaboration, both in Paris and New York, and exerted profound influence upon such artists as Louise Bourgeois, Salvador DalÍ, Max Ernst, Joan Miró and Joan Mitchell. Through the prowess of Atelier 17, American Abstraction and the New York School collided and mingled with the European avant garde – for Matsutani, Atelier 17 introduced new forms of artistic experimentation. Influenced by the theories and history of ‘the image’ in Western culture, and especially by American Minimalism and the Hard-edge paintings of Ellsworth Kelly, he began to conceive new compositions, re-arranging and testing the limits of pictorial space. Transforming the same organic and biomorphic forms he first developed in glue, ‘Red-Sun-P’ (1972) and ‘Object P.P.’ (1973) render the artist’s pooling, curvaceous forms as flat geometric planes of color on canvas.

Matsutani set up his own studio in the heart of the Bastille, historically Paris’s furniture manufacturing and cabinet-makers’ district. Here, he gathered discarded materials from local workshops, scavenging wooden spindles, planks, rope, cotton bedding, and wool stuffing, which he transformed into sculpture. Creating small peculiar objects that evoked notions of the erotic or surreal, Matsutani initiated investigations between soft and hard material forms. ‘Object Box’ (1976) employs the viscosity of glue to create a sensually protruding bulge from the wooden box in which it is contained. Similarly, ‘Object-P’ (1975) swallows a wooden rod in its bloated white form. On the introduction of white paint and gradual elimination of color from his visual vocabulary, Matsutani has remarked, ‘I thought that the shapes made by the vinyl adhesive were interesting HAUSER & WIRTH enough that it was probably better not to add much color. It was a dialogue between something hard and something soft. The glue is soft but it has the power to absorb hard objects, and in this way a balance is achieved. I thought that glue, with its capacity to swell and maintain a curved line, made organic shapes possible.’

Beginning around 1977, Matsutani began to exclusively use black graphite in an expansive manner, covering the white ground of a textured canvas or monumental sheet of paper with repetitive, successive strokes. Through the building of layers, each mark and charcoal smudge captures the accumulation of energy and tension in a powerful manifestation of material and time. On the second floor of the gallery, two mural-sized drawings reflect Matsutani’s ritualized gestures. ‘Stream, Hauser & Wirth, New York’ (1984 – 2015) is one of Matsutani’s largest works – it is a ten-meter sheet, which the artist has covered in a blanket of ash, leaving just one thin white line coursing through its middle. The paper possesses a grated, abrasive texture obtained by first scratching the entirety of the blank sheet’s surface with a nail. To complete this drawing Matsutani splashed turpentine over the edges of the densely saturated surface. Via a technique that dissolves his graphite in a tremendous surge, Matsutani’s Stream series (1977 – present) exudes a forceful sense of existence, transformation, and becoming.

These majestic works are complemented by a presentation of intimately scaled drawings from the mid-1970s. Here Matsutani employed graphite, household paint and turpentine on paper to create vivid gestural works reminiscent of his artistic beginnings with the Gutai in Japan.

On the gallery’s third floor, the alchemy of black or white gives life to the mature aesthetic of Matsutani’s recent creations. In marked contrast to the rawness of his early paintings, these works reveal the artist carefully controlling his medium (glue) as it moves across the canvas, making or deflating pockets of air and creating new ridges, wrinkles, and crevices as the adhesive hardens. In some canvases Matsutani has chosen to cover the surface of each oblong form with methodical, almost meditative metallic graphite lines; other works are bathed in a luminous coat of milky-white paint. The opposing palettes pulsate with rhythmic motion, creating shapes that evoke the unbridled energy of a crashing wave or the germination of a seed and suggesting the conundrum of time, another ‘medium’ palpably felt in Matsutani’s art. ‘I feel something universal in the beauty of this black,’ he has said of these works with their hints of the endless life cycle in their texture, light, and depth.